Writer-director Brian Shoaf’s debut feature Aardvark (2017) follows Josh (Zachary Quinto), an introvert who seeks a therapist’s help after experiencing hallucinations involving his estranged brother Craig (Jon Hamm). Josh’s therapist Emily (Jenny Slate) reunites the two brothers, forcing them to really look at each other for the first time since childhood. An eccentric and melancholic film, Aardvark explores what it’s like to live with a particular mental illness – on the individual level and on the part of family members and friends.

The Take spoke with Brian Shoaf during the Tribeca Film Festival 2017, where Aardvark had its world premiere. We talked about the film’s complex tone, the symbolism of the aardvark, Shoaf’s influences as a filmmaker, and more.

The Take: What inspired you to make this film?

Brian Shoaf: On a personal level, I wanted to make a change from writing [scripts] that I thought were appealing to the powers that be – very broad commercial material – to what I felt I should be doing. As far as the story itself, the germ of it was [the idea of] Josh having hallucinations of his brother. I made the decision that Josh should be living with an illness that could cause something like this. The character of Emily emerged from that, and I wanted to be sure that she was [fully realized] and not just a sounding board for Josh.

TT: I liked the tone of the film; I thought of it as a melancholic comedy. Was it difficult to achieve the balance of drama and humor during your writing process or on set?

BS: That was certainly the tone we were going for. All in all, I’m pleased with the ways in which the tone is evasive. You have to keep up with it. The humor was on the page, but the approach that each of the actors took was to treat this as a drama – and I thought that was absolutely the right way to go about it. Maybe there were a few set-up punch line jokes, but most of the humor comes from the fact that these people are trying and failing at things in the moment. We want them to succeed and watching them grasp at straws can be humorous at times.

TT: Can you talk about the symbolism of the aardvark?

BS: I wanted the aardvark to be both symbolic and literal. [The literal aardvark appears] in the story about what happened at the zoo that Craig has given so much weight to, whether it deserves it or not. Symbolically, the aardvark is genetically unique in terms of its evolution. It has no living relatives, which surprises people because it looks like it should be related to a number of animals. The name in Afrikaans translates to “earth pig.” The aardvark was also [a good metaphor] for Josh: whatever he appears to be, he’s more like himself than he is anything else. 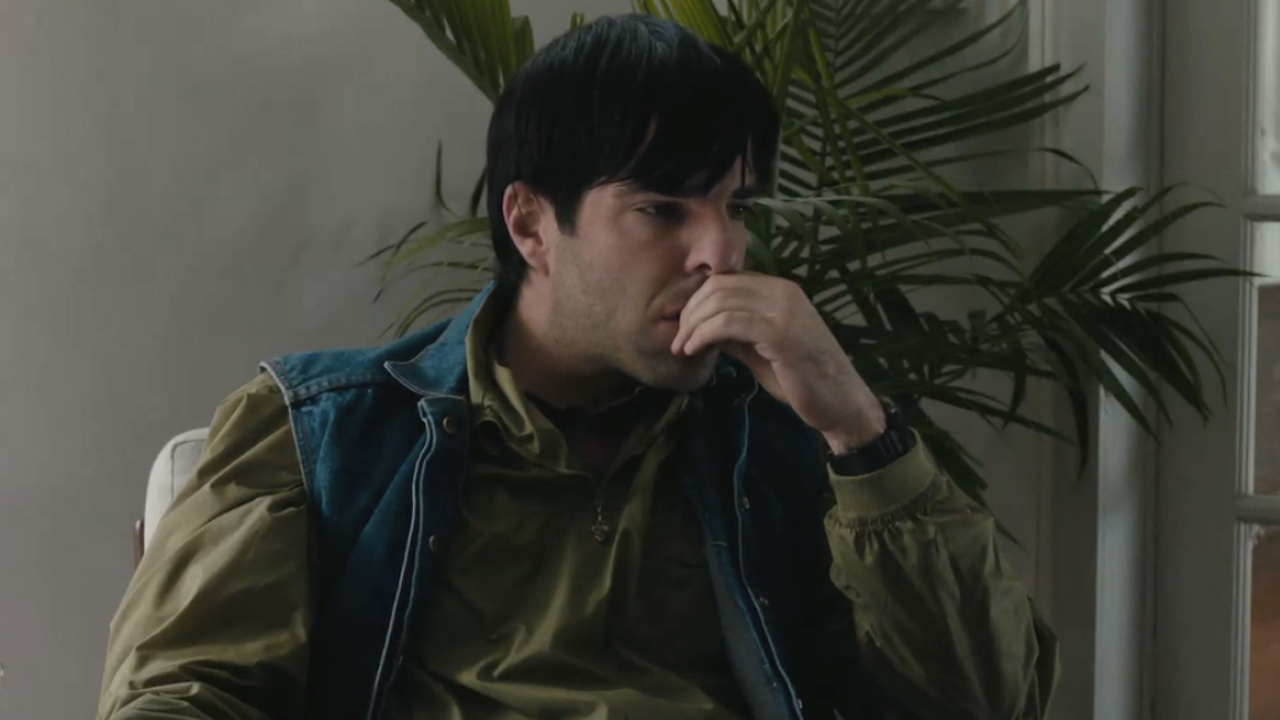 TT: I thought it was interesting how you placed the audience in Josh’s perspective to show his delusions, so we’re unsure what’s real and what’s not. Can you talk a bit about that?

BS: As the story evolves, we’re seeing things more explicitly from Josh’s point of view. Certain events in the story are shown from his perspective quite simply because he’s seeing things that no one else can see. I wanted to contrast Josh’s and Emily’s worlds because hers was ostensibly more cut and dry. We only used anamorphic lenses to show those subjective Josh events – his time with Hannah, the homeless woman, the cop – and we stuck with spherical lenses for Emily. We also don’t see Craig or Hannah in daylight until almost the end of the movie, so you wonder if they have something in common. They both represent something in Josh and Emily’s respective lives, it’s just that one of them is really there.

TT: I read that you’ve written and directed several shorts and that Aardvark is your feature film debut. Congratulations on that. In your experience, what would you say the key differences between short and feature filmmaking are, aside from length?

BS: Length is the obvious difference but also the size of the crew. The kinds of [shorts] I was working on were pretty bare bones. If we had a crew of six, it felt like a big production. So [with Aardvark], I was steering a bigger ship in that sense.

What surprised me most was the stamina needed to cut the picture. When you’re doing a short you can get pretty granular and run through iterations, but putting it all back together and watching it through is a simple process. We spent around four months editing the movie and that was a rollercoaster. You’re just working with a bigger canvas. Understanding the perspective that’s required to see the forest for the trees in that process was probably the biggest lesson I’ll carry forward.

TT: What was your collaboration like with your lead actors?

BS: It was a really fantastic process. Zach, Jon, Jenny, and Sheila were all coming from different places, and my little experience as an actor was enough that I could recognize that. I tried to let them lead as much as possible in how they wanted to work; I didn’t want to take a one size fits all approach. As a result, we were pretty loose on set. As I said before, they treated it like a drama, but they’re fun folks so we kept it fairly light otherwise.

Zach and I were acting students together a long time ago and I’ve also known Sheila for a while. I was a grad student while she was undergrad at UCLA, and I’d seen her work and knew some of [her vocabulary]. Sheila and Jenny are emotionally attuned people who were able to connect with [the story] quickly and fluidly. With Jon, it wasn’t about finding his way in; he showed up ready to go. It was really interesting to watch all of these different artists work. 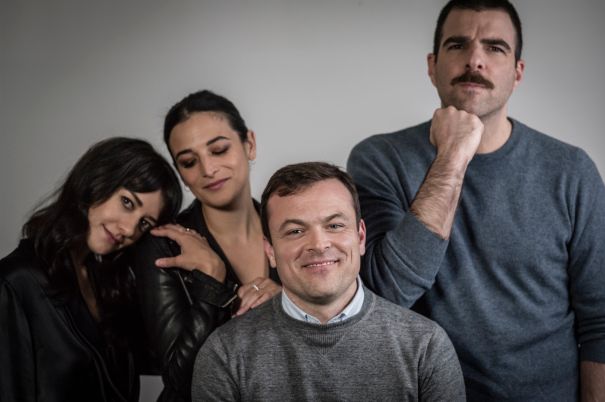 TT: What do you want viewers to take away from the film?

BS: I hope that people are able to watch the film and appreciate the individuality of the characters. In terms of the approach to mental illness ­– I’m certainly not a medical professional – but in my own experience and research I’ve learned that certain conditions becomes a part of an individual’s makeup. On one hand no one wants to be defined by a label, but on the other, it’s hard to sift through what [traits are part of] someone’s personality versus what’s [his or her] illness. I think it’s very dangerous to say that once you’ve been diagnosed with [a particular condition], you now belong to this category and that’s it. I want people to feel like there’s a benefit to being empathetic to individuality.

TT: The film didn’t come off as a story about mental illness, but a story of someone who lives with it. I think that’s an important distinction.

BS: One of the defining features of certain severe medical conditions is that they don’t ever really go away. Living with it and its permanence – that is one of the greatest struggles that individuals suffering with an illness go through, along with their friends, family, and loved ones. Exhibiting symptom X, Y, or Z wasn’t as important to me as giving the impression that this is just part of who Josh is. People can come and go and circumstances can shift, but that’s always going to be a part of his life.

SP: How do you think your experience as an actor has informed your work as a writer-director, or vice versa?

BS: As a screenwriter, [my acting experience] has influenced my work quite a bit. I’m fully aware of how I’m drawn to material that you find more on stage. Not only is there a lot of dialogue [in Aardvark], but the events of the story are also contained within the dialogue. That’s a tradition in theater. I think it’s a very exciting way to work, but it’s not inherently cinematic. I knew that I wanted this to be a movie and not just an attempt to film a stage play, and I hope that it is. But that [tradition] was a big part of the influence. 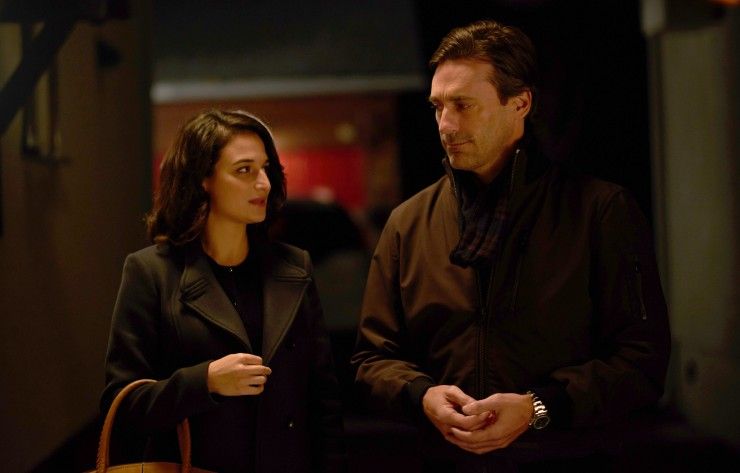 TT: Who or what are your influences as a filmmaker?

BS: Krzysztof Kieślowski, the polish filmmaker who made the Three Colors Trilogy [Blue (1993), White (1994), and Red (1994)] and Dekalog, [has been a big influence]. I discovered his movies while I was in high school and they have stuck with me ever since. I love Mike Leigh. I like David O. Russell. I’ve always respected people who are able to present serious topics with some levity. I think there’s more lightness and humor in some of Kieślowski’s films than he is typically associated with.

TT: You’re the second screenwriter I’ve interviewed who has cited the Three Colors Trilogy as a major influence.

BS: I don’t think I’ve ever really seen anyone do what Kieślowski was able to do in [the Three Colors Trilogy]. It’s very hard to describe and it sounds like a terrible idea. He takes something complicated, treats it as if it’s not complicated at all, and then doesn’t give anyone any answers – but makes them happy that they’re not given answers. His [work is] brilliant.

TT: What’s next for you? Do you have any projects in the works?

BS: Basically every year that went by in which Aardvark didn’t get made, I would write another script. So I actually have several scripts, and I think there will be more collaboration with some of the producers [I worked with on Aardvark] in the future.