In anticipation of Noah Baumbach’s latest project, The Meyerowitz Stories (2017), the Tribeca Film Festival hosted an enlightening discussion between the writer-director and acclaimed actor Dustin Hoffman, who stars in the film. Hoffman interviewed Baumbach about his filmmaking career and shared some of his own industry stories along the way.

The Meyerowitz Stories – starring Dustin Hoffman, Ben Stiller, and Adam Sandler ­– will compete for the Palme d’Or at the Cannes Film Festival 2017. The film will debut on Netflix and screen in select theaters later this year.

On his first experience on a movie set:

[My childhood home in Park Slope was scouted] for the movie Heartburn (1986) by Mike Nichols. They ended up choosing our house, which was so thrilling for our family back then. Now having made movies, the idea of having a movie shot in your house is horrible. At the time, it was like being in a movie…I remember [watching] the premiere of the second season of Miami Vice surrounded by all of their film equipment on our TV. 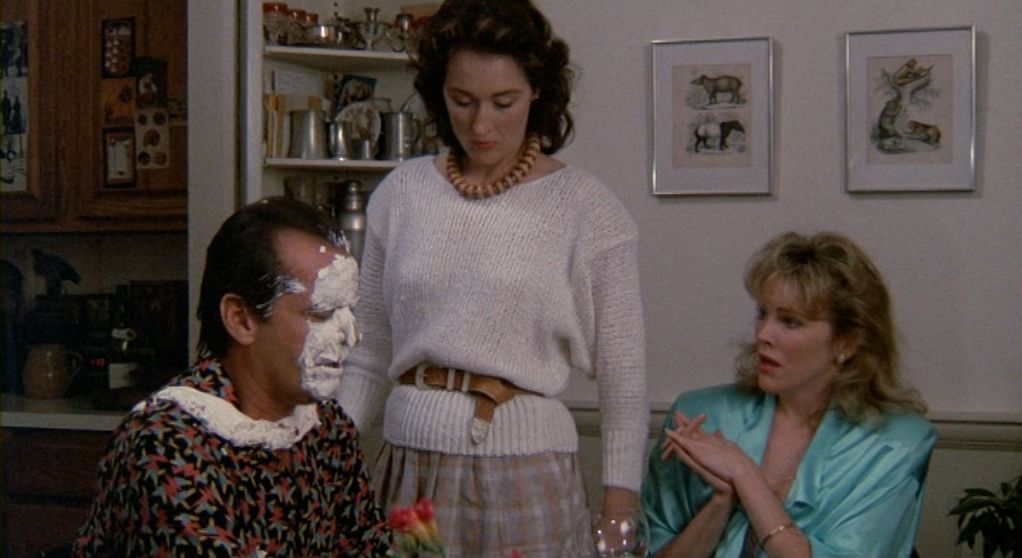 A scene from Mike Nichols’ “Heartburn” (1986), shot in Baumbach’s home

I got a call from a producer right after I showed people the first cut [of Kicking and Screaming], and he said: “You know, there’s a tradition in movie editing where if you open the door and walk into a room, you don’t have to see the people walk all the way in and close the door. You can cut to get them into the room.” Well, what I thought the movie was about was the walking into the room.

Barry Levinson’s first film was Diner (1982)…He said when he had the screening for “the suits,” the film ended and there was just silence. Finally someone turned around and said: “You know, when you have one of the characters say ‘Can you pass the ketchup?’ and repeat it over and over again, why don’t you just cut it so each request is done once and you can get on with the movie?” Barry said: “That is the movie.”

[Diner] was an inspiration for Kicking and Screaming (1995). I saw it at the Waverly, which is now the IFC Center. My older brother took me to it and I couldn’t believe that I liked it so much…I felt inside of that movie when I saw it. 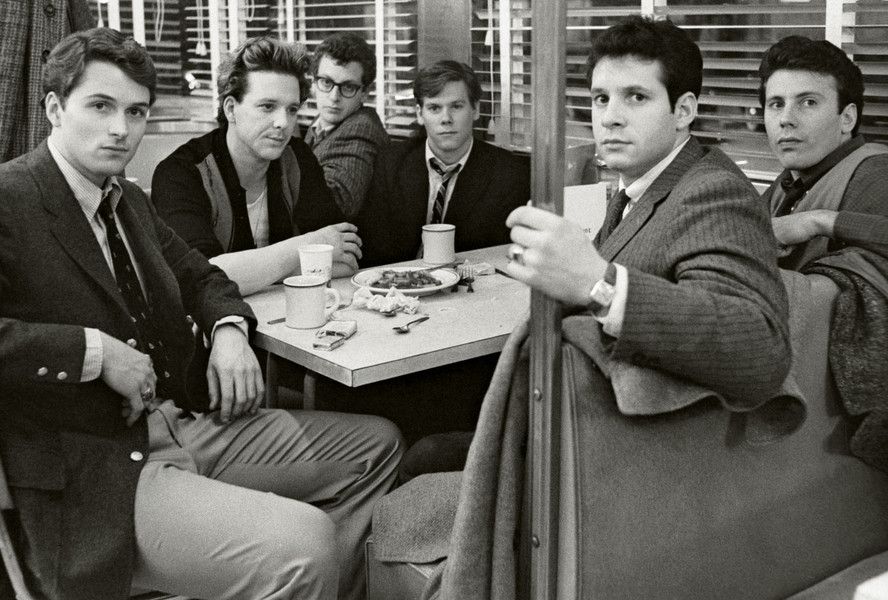 On growing to value structure in film:

When I was younger, I relied on letting characters dictate how a story was going to shape itself. [Now], I to like to know more before I start writing – where I’m going with [a story]; what the structure might be.

It really started with Frances Ha (2013). [Greta Gerwig] and I had come up with a lot of character stuff, but I felt that before we could get into the writing I needed to know the structure better. [The organizing principle of the film became Frances] figuring out where she was going to live. Each chapter would be a different location or home or way station for the character. This interior process of her finding herself and figuring herself out would be mirrored by the locations – by finding a place that was her own. 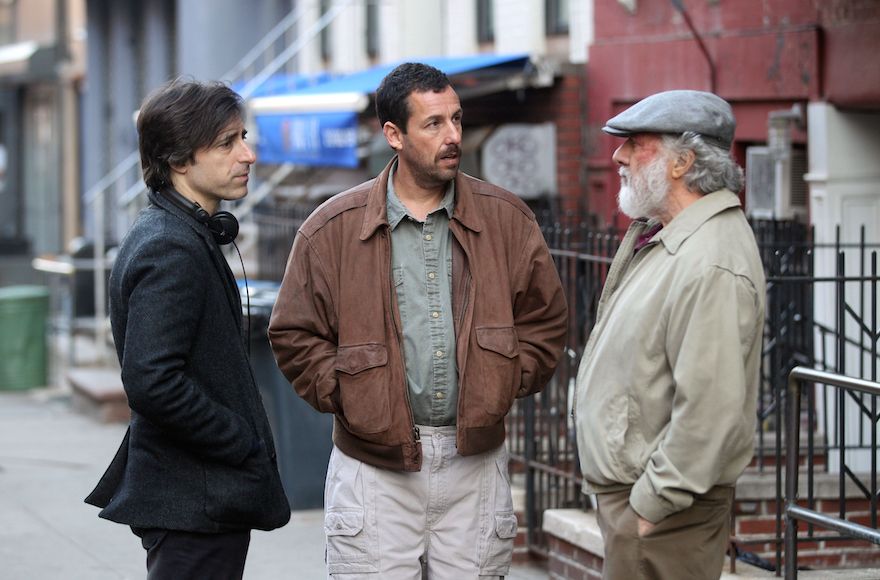 Noah Baumbach, Adam Sandler, and Dustin Hoffman on the set of “The Meyerowitz Stories” (2017)

On sticking to the screenplay & dialogue as music:

When we worked together, it was only the second time in 50 years that I worked with a director who wanted me to say every single word that was on the page. The last time I was asked to do that was for The Graduate (1967). The script supervisor would come up to me after a take and say: “That’s not a period; those are three dots.” And your script supervisor did the same fucking thing.

It hit me while we were shooting. [I realized that] you’ve written something stylized in such a way that the audience is not consciously aware of it. It’s music. And it took me a long time to really understand why you were that specific…What I think is remarkable is that [your] selection of the actors is not only the right selection, but all of those actors sound like they’re improvising when they’re not.

I get asked the question “How much of the movie was improvised?” in pretty much every interview I do. I’m almost insulted by it, but maybe I should take it as a compliment.

On getting outside of oneself for inspiration:

[Director Brian] De Palma would [make films] that he originated, like Dressed to Kill (1980) and Blow Out (1981), and he would [also make films] from other people’s scripts like Carrie (1976), Scarface (1983), and Carlito’s Way (1993). He talks about the importance of having to get outside of himself and work in a different way. I [try to] do that in my own work. I have to find a way to provide that outside experience.

Working with [Greta Gerwig] opened a lot of up for me: things I had wanted to do in movies and hadn’t cracked or gotten outside of myself to be able to see. [It] was inspiring. 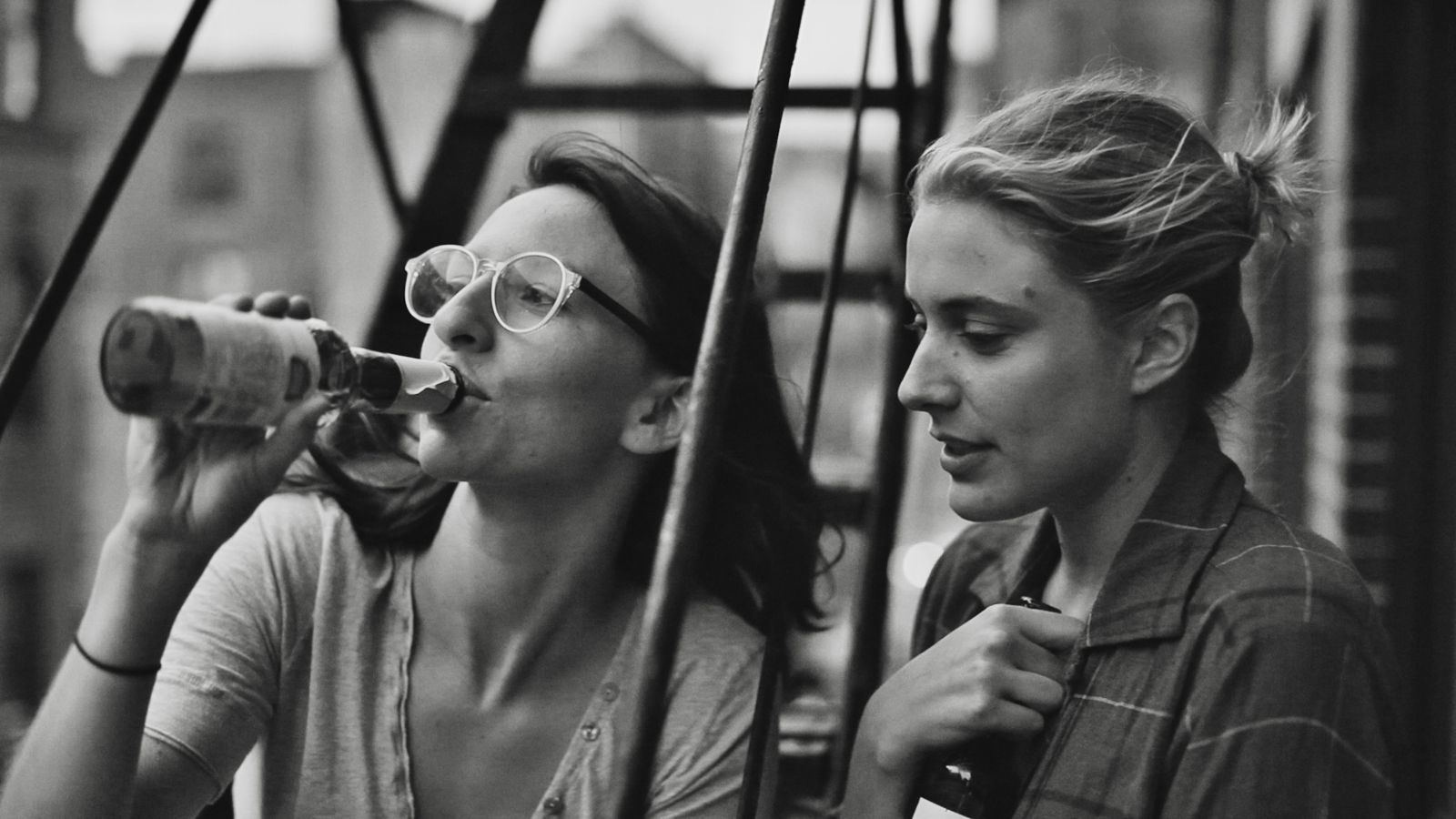 On meeting Wes Anderson & trying to make The Squid and the Whale:

After I made my first two movies, Wes and I met in New York at a John Waters’ Pecker (1998) after party. We bonded because we had the same little notebook in our pockets that we took notes in, and we became friends. I was in my late 20s. Wes and I became very close, but working with him became a kind of lifeline for me because I was trying to get The Squid and the Whale (2005) made. Nobody wanted to make it. People liked the script, but it was seen as totally un-commercial. I probably started trying to get it made in 2000 and we made it in 2004.

On the autobiographical collaging behind The Squid and the Whale:

I think there’s nuance in [making a film] that’s extremely personal and using autobiographical elements. I think it’s also impossible [to make] a movie that’s autobiographical and not a documentary. There’s so much invention ­– even just by bringing actors in. [A story] needs to be totally reinvented.

[The Squid and the Whale uses aspects] from my biography, like Park Slope and my parents’ divorce. I also used a lot of personal elements – I shot in my old high school and neighborhood; Jeff Daniels wore my dad’s clothes. A lot of that was meaningful for me because it [helped me access] raw emotions, but it wasn’t about trying to recreate my life. It was about doing something new [with] a collage of things that I understood. 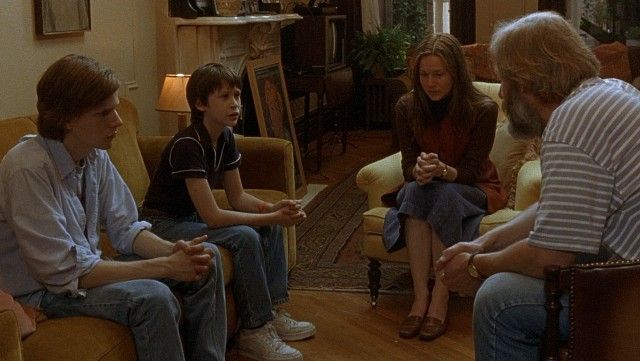 On filmmaking as bungee jumping:

You said that filmmaking is the only art form where you have to get it right the first time. When I started out, part of why I didn’t want people to change [my dialogue] was that I felt I had spent a lot of time trying to get this right, and we only have this [small] amount of time to film it. Rehearsal is for exploring and changing things, but you hit the ground running when you’re shooting a movie.

[Filmmaking] is like bungee jumping…When you write a scene or read a scene and do it, I’ve often said that it’s never what you’ve written. It’s either better after you’ve photographed it and decided what kind of angles and lighting to use, or it’s not as good. But [the final product] never represents exactly what you’ve written.

On experimenting with editing:

Right now, we’re cutting back and forth over and over again, and nobody’s going to know if we were [focusing] on you when you said that line or if we were on me. Sometimes, the line becomes more memorable [if you’re watching] the person listening when you think you should see the person talking. I find that stuff fascinating and that’s why I love editing. A lot of it is feel. In The Squid in the Whale, I got more comfortable with editing. One thing we would do was [film] a whole scene [focused] on the person listening – just as an experiment. It was a great way to learn.

There’s never time [to do so], but I’ve always wanted a director to take a scene that we’ve done after he or she is satisfied with it, and say: “Now let’s do the scene where no one says a word.” Once you get into the cutting room, you may want a lot of those unspoken [messages]. That’s movies. Saying “I love you” without using words.