Why was “Fantasia” an artistic gamble for Walt Disney?

Prior to 1937, cartoons were viewed as something fun and silly. They were short, slapstick animations meant for children or as lighthearted pleasures for adults, featuring the zany exploits of goofy characters. They weren’t something to take seriously as an artform capable of telling dramatic narrative stories. Of course, that all changed with the release of Snow White and the Seven Dwarfs (1937). Walt Disney used that film to help animation blow past its technical and narrative limitations, impressing upon audiences that animated feature-length films were not only possible, but viable as a true means of storytelling.

With the success of Snow White, followed by Pinocchio in early 1940, Walt Disney had yet another courageous and radical idea: an avant-garde animated film that would showcase the medium in the realm of fine art. A highbrow picture that would elevate the status of animation to the upper classes, and which would take the viewer on a journey without uttering a word of dialogue. Unlike traditional cartoons which used music to amplify drawings, this film’s drawings would serve to amplify the music of some of the world’s greatest composers. The film, of course, is the animated masterpiece known as Fantasia (1940).

Fantasia features a format unlike anything else. In 1940, it was a visual and auditory extravaganza. The film is a series of short vignettes set to classical music, each with a compartmentalized style and story. Providing the instrumentation is The Philadelphia Orchestra, lead by one of the top symphonic conductors of the era, Leopold Stokowski. Punctuating each of Fantasia’s segments is an introductory speech by composer and music critic Deems Taylor, who explains what we’re about to see, how we’re supposed to approach it, and the inspiration from which it stemmed. While these introductions can feel somewhat forceful today, they likely had more necessity in 1940 when people had no experience with anything of Fantasia’s artistic nature. They also spoke to the risky nature of the film. If an artist feels the need to frame and explain the intent of their work, they know their audience may not understand the material.​ 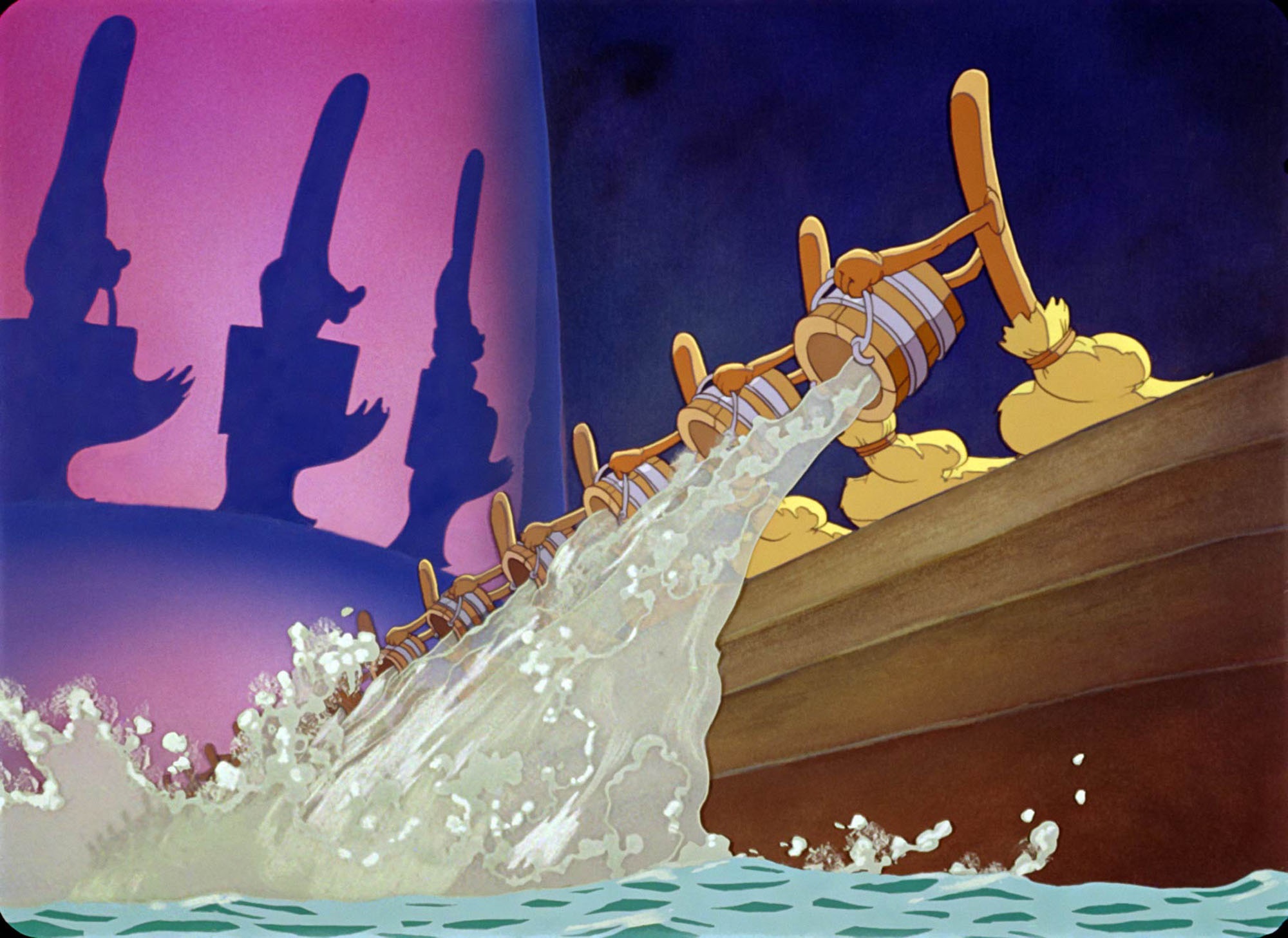 Fantasia was a critical and popular failure upon release. Purist music critics loathed the way particular classical pieces were rearranged to suit the film, and that great masterworks of music were being defined by narrative illustration. Audiences, lacking sentiment due to the in-progress struggles of World War II, couldn’t adopt the mindset necessary to process the picture. It suffered from being released at the wrong time—ahead of its time—and without enough proven weight behind its style. Snow White and Pinocchio had just convinced people animation could be used to tell deep, engaging stories. This was something else entirely, and it asked people to yet again bend their understanding of animation in a vastly different way. It was also a demandingly long picture. The totality of its segments equates to over two hours, a length that still sets Fantasia as the longest entry in Disney’s catalog of animated features.

Fantasia was originally conceived as a “new form of entertainment” which would be re-released each year with updated music and sequences. This idea died with the film’s box office failure. Though it has become a very profitable picture in the 75 years since its release, it took decades to get that way. Part of this was because the sound was originally released in “Fantasound,” an early name for Walt Disney’s surround sound, which had to be installed in theaters showing the picture. While the resulting sound was incredible (even praised by critics who otherwise disliked the film), it was costly. As crazy as it may be to comprehend Disney running out of funds, the failure of the picture and Walt Disney’s desire to vanguard cinematic technology put Walt Disney Studios on the verge of bankruptcy. 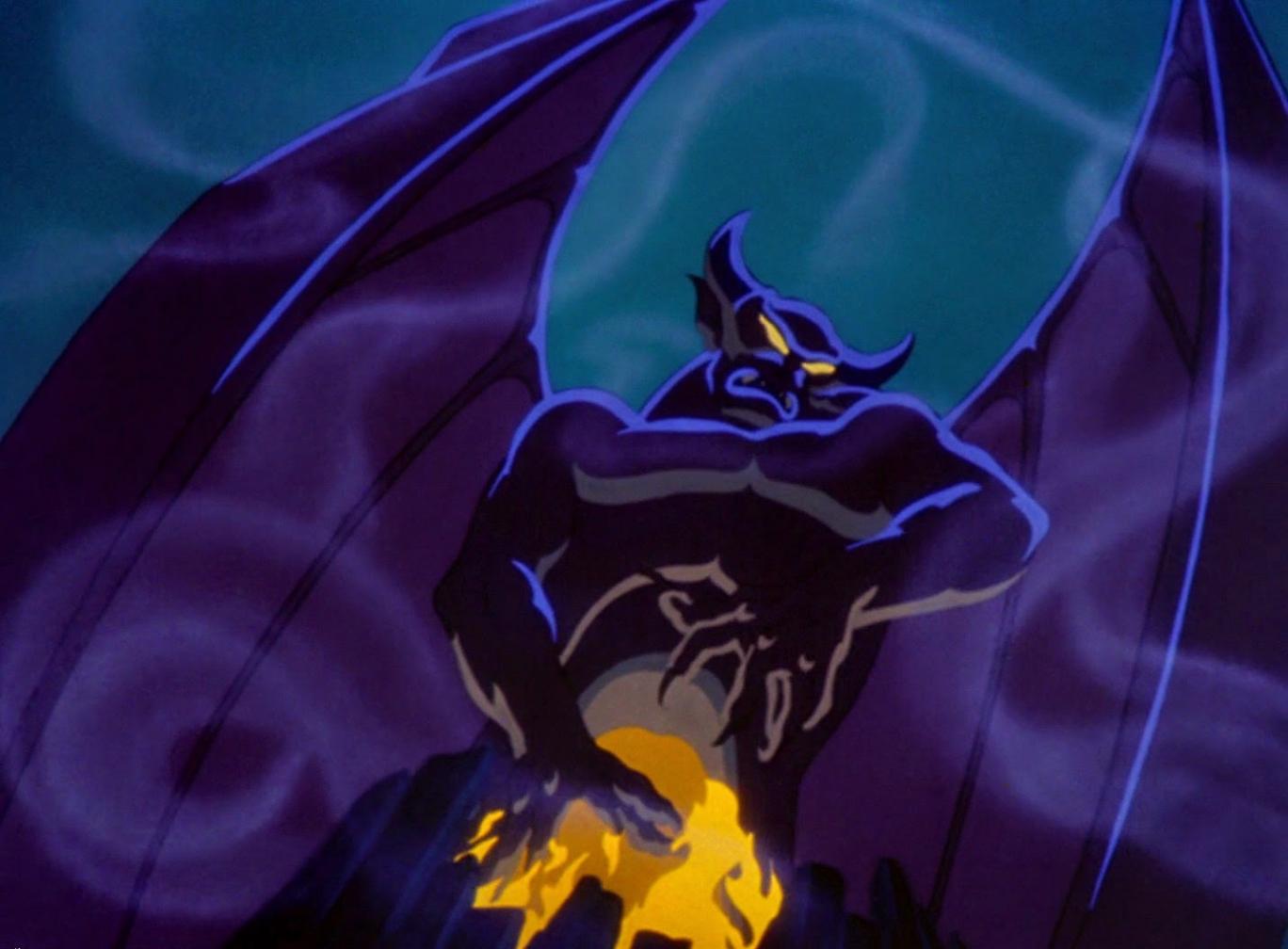 The images in Fantasia draw on an array of sources, from nature and the seasons to mythology, prehistoric times and the creation of earth’s creatures, and heaven and hell. Though it didn’t succeed in 1940 as a vehicle for introducing classical music to a wider audience of people, Fantasia has since connected itself with many of the film’s notable pieces of music. Hearing the works in other contexts often conjures images of Mickey and the million walking broomsticks, or hippos dancing ballet. By the 1950s, Fantasia was endorsed by educators for its popularization of classical music. In the 1960s, the picture became a focus of the counterculture for its dreamlike, interpretive nature. It was regarded as a “head film,” along with Alice in Wonderland (1951), one of Disney’s other original-release failures.

The American Film Institute now ranks Fantasia among the greatest 100 films in cinema, and the US National Film Registry added Fantasia to its archive of “culturally, historically, or aesthetically significant” works to preserve for future generations.