Is “The Last Temptation of Christ” the most realistic film portrayal of Jesus? 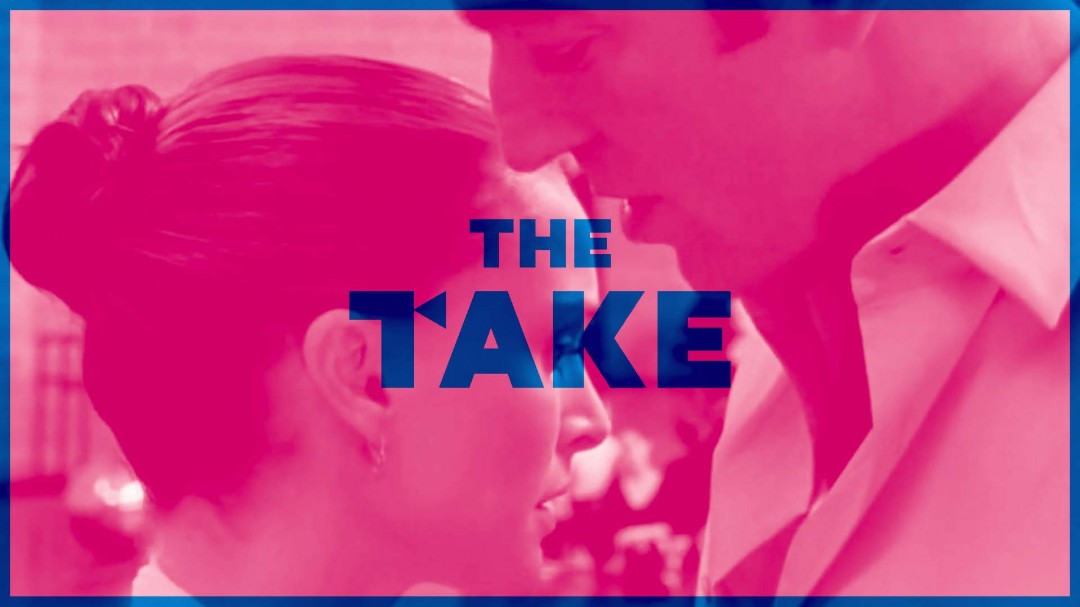 Any film portrayal of Jesus is instantly controversial. People either love or detest the way that Jesus Christ (the biblical figure) is portrayed, with various factions asserting their position: some commending the portrayal in defense of the filmmaker’s interpretation and others condemning it. Making a film about Jesus is simply a risk, and one that Martin Scorsese took to great lengths with The Last Temptation of Christ (1988). His depiction of Jesus became perhaps the most hotly-contested image of this biblical figure on film until Mel Gibson’s The Passion of the Christ (2004). The Last Temptation remains a controversial entry in Scorsese’s film catalog to this day. The film, inspired by Nikos Kazantzakis’ influential novel of the same name, sought to fill in the gaps between gospel stories and present a Jesus that moves through many of the same notions as in religious texts, but which presents him as a tragic, human figure. One can understand how such creative license with the subject of Jesus could be contested, but objective interpretation suggests perhaps The Last Temptation of Christ is one of the most honest depictions of Jesus on film, in the context of how he is spiritually and iconically perceived.

The socio-cultural image of Jesus Christ exists in a perpetual state of opposing duality, vacillating between that of a man who died for his people and a figure of power and omniscience. Jesus has been regarded in the collective Christian cultural consciousness as representing the everyman, yet simultaneously being hailed as more than a man. In this vein, he is somehow fully human yet fully divine, and attributing to him the fallacies of regular folk is often perceived as blasphemous, as though the concept of him falling prey to human vices and tendencies would undermine his ultimate divinity.

To that end, The Last Temptation of Christ’s epigraph reads,

“The dual substance of Christ–
the yearning so human,
so superhuman,
of man to attain God…
has always been a deep
inscrutable mystery to me.

My principle anguish and source
of all my joys and sorrows
from my youth onward
has been the incessant,
merciless battle between the spirit and the flesh…
and my soul is the arena where these two armies
have clashed and met.”

Immediately following that text, it continues, “This film is not based on the Gospels, but upon the fictional exploration of the eternal spiritual conflict.” While this is somewhat of a moot point since the novel is at least partially based on Gospels, the intent is clear: Scorsese is detaching himself from creating a film that preaches gospel and instead focuses on a man exploring humanity and embracing spirit. Stephen Lawson writes, “ Scorsese recognizes that if Christ is at once fully God and fully man but only one person, then that person is full of doubt, of questioning and uncertainty. Scorsese is able to portray this oscillation and questioning by showing the inner life of Jesus. From the opening scene onward, Scorsese makes consistent use of voice-over to demonstrate this struggle. The audience hears the inner dialogue of Jesus himself. Jesus is aware that voices are telling him that his life is to be significant in a unique way, but he is unsure of whether these voices are coming from God or the Devil. Throughout the film, and particularly as Jesus attempts to discern his mission in the desert and through his encounter with John the Baptist, it is clear that Jesus is searching for how this significance should be enacted. He oscillates between proclaiming a message of love and a message of revolution and concludes with the understanding that he himself must choose death to bring about real salvation from the flesh.”

Typically, Jesus is shown in a very divine, stereotypical way, as he is in films like The Greatest Story Ever Told (1965). The Jesus in this film, played by Willem Dafoe, is the opposite of these divine, high-powered God-man images. He is not an emblem of ultimate purity, honor or wisdom. He is not a charismatic speaker, a natural born leader, with a clear vision of his purpose on the earth vas one to save the world. He is not a perfect image of God’s creation, born into an understanding of faith and how to live a perfect life. He is, more or less, a mess. And even more importantly, he is a human being. It is this representation of Jesus that truly makes the film unique and questions the way one thinks. At the opening of the movie, we see Jesus as a Roman cross maker. Judas (Harvey Keitel) is also present, bossing Jesus around, establishing his initial character as a man of sin in need of change. We are also introduced to the character of Mary Magdalene (Barbara Hershey), and we understand that Jesus has feelings for her. Rather substantially, Jesus is afraid of God. He is a cross maker so that God will hate him, because he feels guilt in knowing that he is loved by God, and wishes it would stop.

In most Jesus films, Jesus says his actions are guided by the will of God. In this film, it is his fear of God. It is his fear of sinning. The only reason he does the things he does is because of his fear of what will happen if he doesn’t. He hears voices and talks to himself, and endlessly reinforces his counter-Messiah image. Ultimately, the film does not try to put Jesus in a light above any normal person, but instead on the same level as regular folk. He is victim to the same weaknesses and temptations. He constantly doubts himself, all the way up to his crucifixion. He persistently questions his own actions and wonders whether or not he is doing and speaking the right things.

This doubt is finally captured at his crucifixion, where under the guise of a beautiful female angel, Jesus is told he is not the messiah and is shown the life he could have had if not crucified. Only after he overcomes this final temptation and asks to be crucified does he transform from a weak, neurotic human into the Jesus we typically understand.

Various scenes are constructed to take the confused, neurotic, human Jesus and craft him into divinity. The use of black snakes as Satanic figures, often accompanied with the voice of Mary Magdalene to show Jesus’ susceptibility to lust; Jesus in the desert as Judas appears as a lion, characterizing Judas and instructing Jesus; The final scenes where Jesus is shown the life he didn’t receive, he marries and has children with Magdalene; After Jesus spends time in the desert, he returns to his disciples and pulls his heart from his chest, speaking to them. Divinity is achieved when he finally rejects Satan and his temptations, dies on the cross, and states, “it is accomplished.” Obviously, given that the story is based on a fictional novel and not scripture and merits a disclaimer at the beginning, it is not literarily sensitive to the Bible. There are certainly moments that are taken from scripture, such as Jesus’s sermon on the mount, his finding a crowd wanting to stone the adulteress, the resurrection of Lazarus, and his entrance into Jerusalem on Palm Sunday. However, these Gospel events are tied together with fiction and speculation.

That speculation, in the eyes of anyone grappling with Jesus as a divine and human figure, speak to both ends of the spectrum. The context of actual Bible scripture allows for the fiction that Kazantzakis created, and that makes the story that much more thought provoking.

There are many pieces of scripture that are present in nearly every Jesus film but are omitted in The Last Temptation of Christ. The entire trial sequence was very briefly acknowledged. There was no congregation of people; there was no release of Barabbas. There was not even a Herod. There was only a short scene where Pilate (David Bowie) told Jesus he was to be crucified, and that was that. There was no nativity story, Jesus simply existed as a grown person. There was no suicide of Judas. And, perhaps most surprising of all, there was no burial and resurrection of Jesus. He died on the cross and the film ended, because as far as the image of Jesus being presented was concerned, that was the climax of his character as a man finally rejecting temptation and becoming the messiah.

The construction of Jesus “the weak human” as opposed to the traditional “powerful savior” is a legitimate theological approach. Decent Films writes, “For all these reasons, we must not be too quick to judge any particular portrait of Christ merely because it challenges our expectations or makes us uncomfortable, or because it doesn’t immediately evoke his divinity. After all, Jesus himself often confounded the expectations of his contemporaries, and didn’t necessarily impress most of them as being divine. Indeed, if any believer today were somehow able to see and hear him as his contemporaries did, the experience might not immediately confirm his faith — indeed, it might even give him a moment’s pause.”

Stephen Lawson continues, “In some way, Jesus’ internalized struggle is his mission on behalf of humanity. Jesus is the Messiah which means that he brings some kind of salvation. The battle where Jesus fights for this salvation is not against the Romans, the Jewish leaders, or even the sin of the people. Rather, it is in himself. Somehow, in choosing spirit over flesh (which he does at the end of the film), he offers salvation to people.”

The film is not without its theological problems, but does offer an image of Jesus that is rooted in both ends of the spectrum to which he is generally ascribed: divinity and flesh. It isn’t perfect, but it is an attempt at something unique to go beyond the scope of pure Gospel and accommodate all the aspects of human nature.