Is “Girls” turning into a romantic comedy?

Girls Season 5 has entered romantic comedy territory. It is all about relationships: those budding, those falling apart, and those plain boring. Recent episodes use tropes like montages of couples’ sentimental adventures around the city. These clichéd scenarios represent scenes of escape that are ultimately temporary, and the show suggests that what seems perfect in a moment between two people cannot stay. But even if the show rejects typical romantic outlooks, Girls may be slipping into the rom-com genre.

In its penultimate season, HBO’s Girls (2012- ) has entered romantic comedy territory. Season 5 focuses on the main characters’ relationships, from the recent coupledom of Hannah and nice guy Fran (Lena Dunham; Jake Lacy) to the new marriage of ever ridiculous musical couple, Marnie and Desi (Allison Williams; Ebon Moss-Bachrach). What the girls have in common is that they are all in the relationships — or at least the kinds of relationships — that they thought they should be in, moving forward on paths that are supposed to feel right. Season 4 ended with Hannah and Fran walking in Brooklyn in the snow, kissing: a declaration of romantic hope for the future. But in Season 5, the characters’ perfect-on-paper relationships and life situations are crumbling.

Recent episodes of Girls have depicted romantic comedy tropes such as couple’s montages and sentimental adventures around the city — Jessa (Jemima Kirke) and Adam (Adam Driver) playing games in Coney Island, Marnie and Charlie (Christopher Abbott) kissing in a rowboat in Central Park — but these clichéd scenarios represent scenes of escape from the girls’ otherwise unromantic lives. Perhaps the message is that what seems perfect in a moment between two people cannot stay that way, in life and in montages. The girls cannot live their lives in a romantic comedy vacuum. They are too flawed, and they need each other to fall back on. 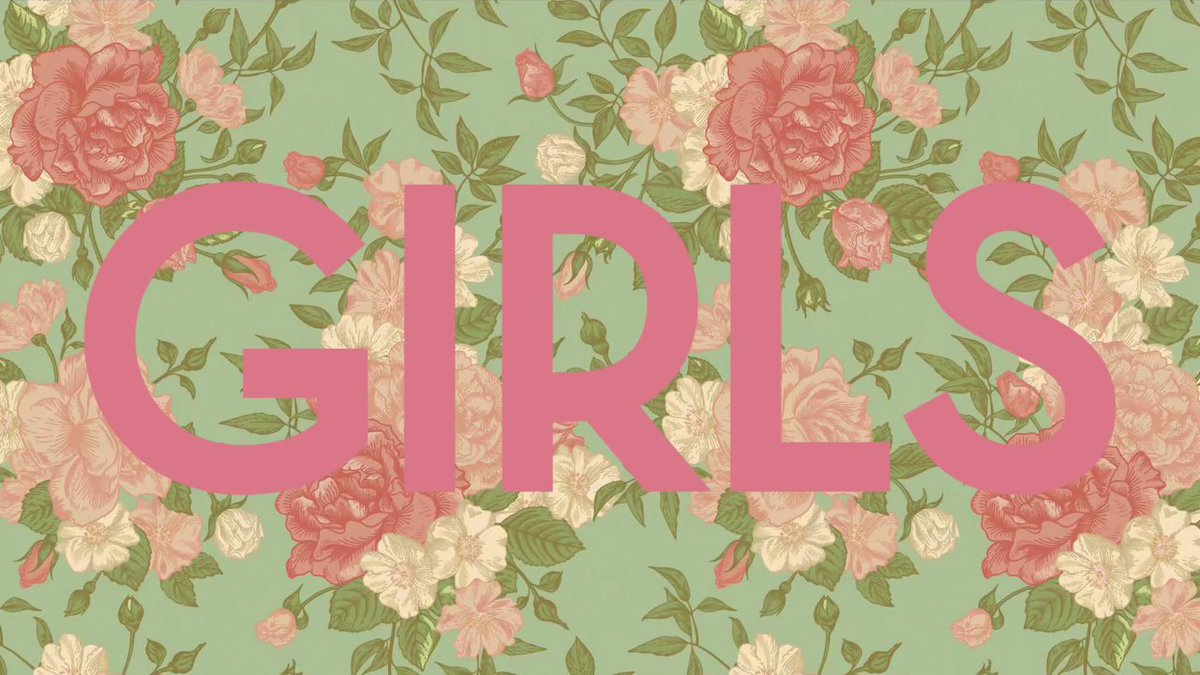 “Wedding Day” (S5:E1) set the stage for the romantic comedy buildup and breakdown that is taking place this season. It’s the day of Marnie and Desi’s wedding and, as one would expect, Marnie slips into the role of uptight bridezilla with ease. Tension builds among the girls as her control freakness gets out of hand and everything goes wrong: it starts pouring rain; Marnie’s mom (Rita Wilson) calls her flower crown “corny as hell”; and her makeup artist, Bebe (Bridget Everett), cakes an incessant amount of bronzer and lip-liner onto Marnie’s face, a look she calls “Selena Gomez meets Jesus.” As all of this is unraveling, both Hannah and Jessa take shelter with their love interests for the purpose of escape. Hannah and Fran have sex in his car, and she complains about the scene with Marnie: “It’s like a really bad rom com that’s too obvious and not funny.” It’s true: “Wedding Day” is full of clichés, but they are believable in the context of Marnie’s and Desi’s empty relationship. All Marnie can claim is a vision for her wedding and for her life: the former has the vibe of an Edward Sharpe music video, and the latter is an eternally enviable relationship with Desi. But after a bad taste of married life with her supposed dream man, Marnie will no longer be able to play pretend — until she returns to ignorant bliss for a day with someone else.

“The Panic in Central Park” (S5:E5) is another episode from this season that engages with romantic comedy tropes. It’s a bottle episode that follows Marnie over the course of one strange day, beginning with a fight between her and Desi in which he delivers great melodramatic lines: “You recoiled from my touch like I’m a monster!” and “Bella, open your heart to me now!” Marnie storms out of the apartment and ends up running into her ex-boyfriend Charlie, whom she hasn’t seen in years. It’s clear from the moment we are re-introduced him that something sketchy is going on. He’s hanging out with a new crowd, speaking in a put-on tough guy accent, and by the end of the episode we learn that he’s now a drug dealer and a heroin addict. But for a short while Marnie and Charlie escape their respective realities and are able to pretend.

Together they go shopping, and Marnie dresses up in a dramatic red gown; they go to a fancy party where she sees Charlie selling drugs. In a montage, they indulge in pizza and pasta and red wine and then dance together in the near-empty restaurant. At night, they steal a rowboat in Central Park and capsize it by kissing, and underwater, Marnie looks dazed. She forgets to swim to the surface for air until Charlie pulls her up. It’s a day of scenes that could have been pulled from any romantic comedy, but there’s darkness at the edges. Marnie is newly married and nearly divorced; Charlie is a drug addict. They can’t run away together like Charlie asks her to before she finds a needle in his jeans and leaves his apartment in that soaked red dress to be struck by harsh daylight — proof that her day of clichés is just that: a day that has passed, an isolated incident with no part in her larger narrative. 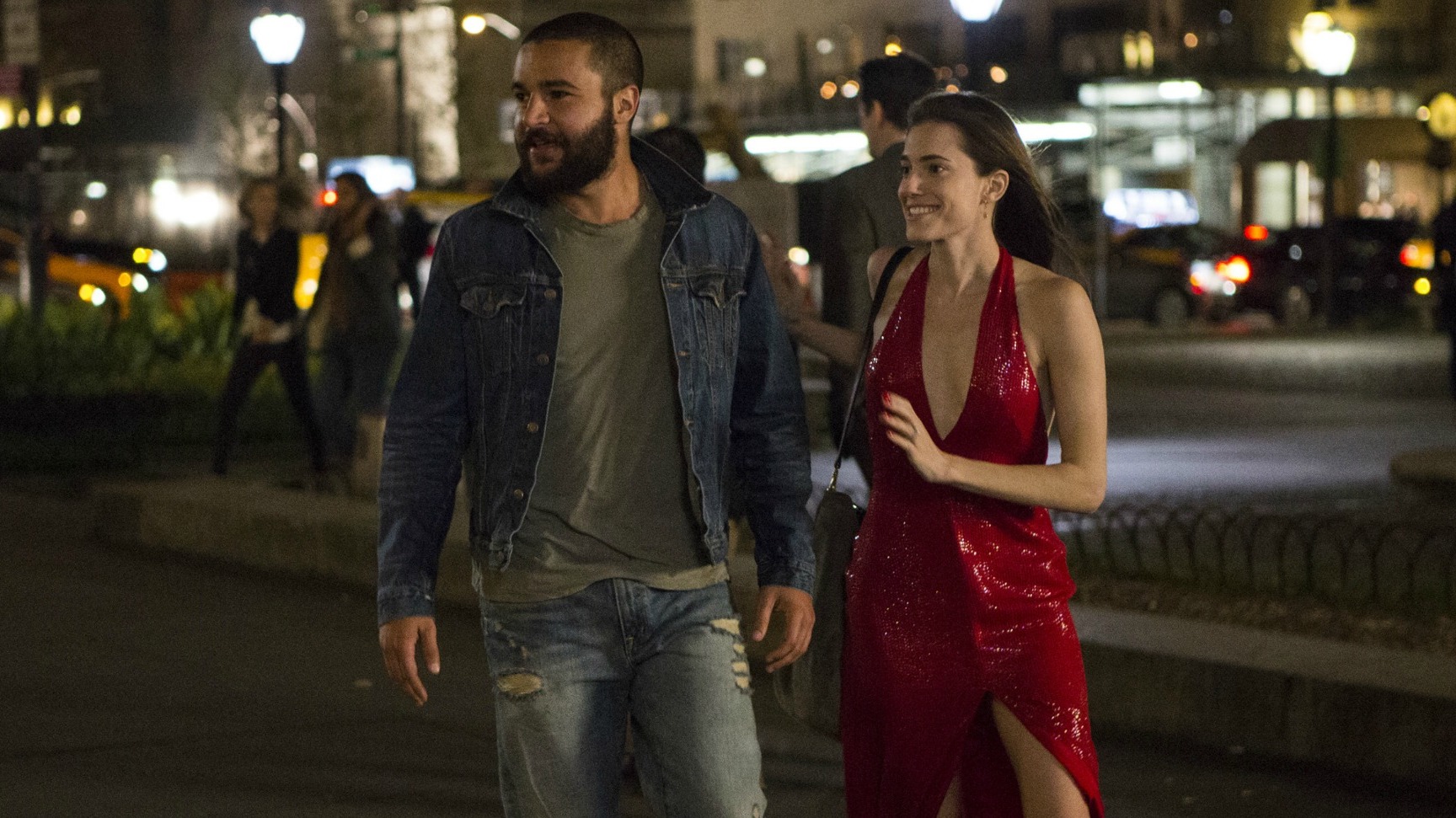 Girls Season 5 is all about relationships: those budding, those falling apart and those plain boring. The pursuit of love and its stability is a theme that has monopolized the show of late, but perhaps by the end of the season the girls will abandon the results of their wrong love-life decisions and move forward with help from each other. Girls has utilized a great number of romantic comedy tropes in the context of dreamy days with boys and their haze of false promises, but engaging clichés only to reject them doesn’t necessarily justify their use. At the end of the day, Girls season 5 follows the main characters in relation to their boyfriends: a classic romantic comedy move that contradicts the initial feminist inclination behind the series. Perhaps that is the point. The show may be taking shelter in a familiar genre in order to reflect the way its characters default to relationships when things get tough. But one can only watch so many montages.

In “Old Loves” (S5:E4), Marnie tries to convince Hannah that she shouldn’t break up with Fran. “People who work on things stay together,” she says. “Otherwise you’re going to end up alone, like Cher.” Hannah offers a delayed response, but Marnie is already out the door: “Can’t I end up alone, but not like Cher?”

This is a question to keep in mind as the series winds down. The final season will be crucial in determining the message that Girls ultimately wants to send about young women growing up and the role that romance (and rom-com expections) play in their adult lives. Will Girls abandon its black romantic comedy theme along with this season’s bad relationships, or will it delve further into the territory?