Does “Girls” encourage us to dislike its characters?

Quick Answer: Despite awards, accolades and a solid fan base, critics and fans alike are in agreement that the main characters on Lena Dunham’s Girls are unbearable most of the time. So how does the show remain so popular? Given the unlikely success of this formula—the counterintuitive combination of intolerability and popularity—is it possible that Dunham wants us to dislike the characters? While Dunham may not exactly be encouraging us to hate her characters, we are encouraged to see our worst selves in them: the selfish, indifferent, entitled, annoying parts of ourselves. In doing so, we might learn from them, avoid their mistakes and, hopefully, become better people. Watching Girls is a not-so-gentle, funny nudge in the right direction.

With five seasons under its belt and a sixth season currently in production, Lena Dunham’s Girls (2012 - ) has received its share of critical acclaim and backlash. Despite awards, accolades and a solid fan base, critics and fans alike are in agreement that the main characters are unbearable most of the time; the titular girls are narcissistic, entitled and flaky human beings who cannot see past their own mundane problems. It’s not often that we see reprehensible women on TV and still feel compelled to watch them every week. But here’s a show whose four main characters are aggravatingly unlikable and somehow remains extremely popular. Given the unlikely success of this formula—the counterintuitive combination of intolerability and popularity—is it possible that Dunham wants us to dislike the characters? 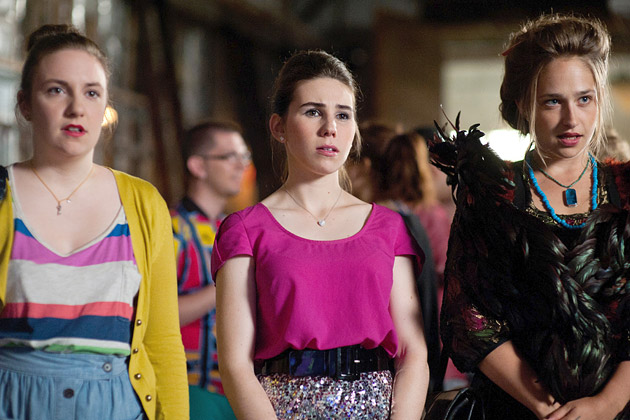 Hannah (Lena Dunham) is an aspiring writer. She thinks she’s supremely talented and already believes, as she famously declares in the pilot, that she is “the voice of a generation.” This delusion is what’s stopping her from getting a job that will give the “voice” she so strongly believes in a credible platform. Her self-absorbed attitude obstructs genuine opportunities to publish her work. When Hannah’s eBook editor David dies in “Dead Inside” (S3:E4), for example, her only concern is the future of the book and her career. She squanders another opportunity later that season when she thinks taking a job for a magazine will taint her reputation as a “real writer.” Even after she gets into Iowa’s famed Writer’s Workshop, she fails to take criticism from her peers for her S&M story about a sexual encounter with her boyfriend (her classmates feel it is offensive to victims of abuse). She’s equally selfish in her personal life. Throughout her relationship with Adam (Adam Driver), she is nothing but self-involved.

Marnie (Allison Williams) is a singer/songwriter living in extreme denial. She is high-strung, uptight and self-centered, which often makes her insufferable in social situations. The smallest inconvenience seems to antagonize Marnie, such as when Hannah and Jessa show up late to a welcome home dinner Marnie has organized. She also turns a blind eye to things that are wrong in her life just to give others the impression that everything is perfect, her ill-fated wedding to Desi (S5:E1) being the most recent example. Shoshanna (Zosia Mamet), the youngest of the girls, is annoyingly naïve – so naïve, in fact, that she accidentally smokes crack in the first season (S1:E7) and in the fourth season admits during a job interview that she’s only interviewing in order to practice for the job she actually wants (S4:E6). Reluctance to work hard is one of Shoshanna’s biggest flaws. She is unwilling to put in the prolonged effort required to substantiate the ideal life she has in mind for herself. However, Shoshanna is often the one who calls out her friends for being ridiculous. This is most clearly exemplified when the girls go to a beach house on Long Island (S3:E7) and a drunken Shoshanna calls Hannah “a complete narcissist.” She also points out to her friends that none of them have accomplished much in the four years since graduating college. 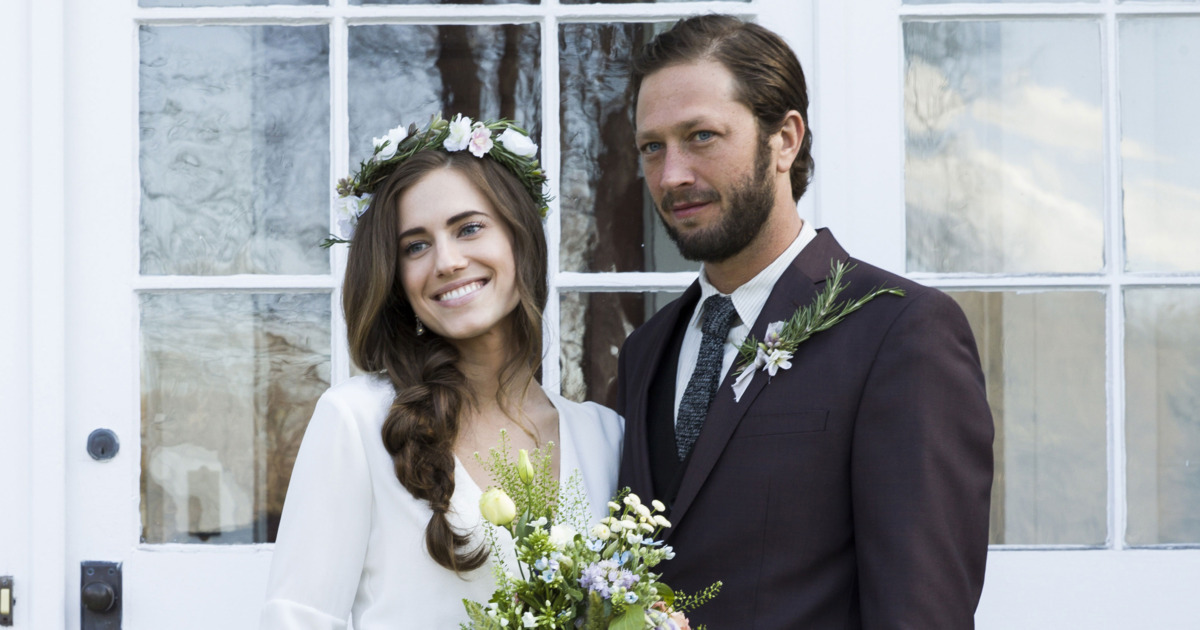 Jessa (Jemima Kirke) is Shoshanna’s British older cousin with a former heroin habit. Unpredictable and flaky, she is also Hannah’s best friend. By sleeping with and kissing random men and women, Jessa antagonizes her friends and employers for most of the first three seasons. Coupled with her drug habit, her impulsive, uninhibited nature makes her selfish, directionless and reckless. After rehab and a relapse in Season Three, she tries to be a better person and regularly attends AA meetings by Season Four. Despite her attempts at self-improvement, she ends up getting arrested for urinating on the street and deeply hurting her best friend when she falls for Hannah’s ex-boyfriend, Adam.

All four think of themselves as women but, as the show’s title suggests, they behave like spoiled girls.

None of them sounds particularly lovely, do they? Still, I tune in to see how their lives unfold. New Yorker TV critic Emily Nussbaum wrote that a colleague of hers described the show as “FUBU: for us by us.” Much like the show’s characters, the target audience is young, white, educated, open-minded women who are still trying to “make it” in their professional and personal lives. In many TV shows, the audience looks for a hero to emulate; we watch and aspire to be like the heroine. Girls’ characters are the flipside of that. They’re who we don’t want to be; yet we, as the target audience, are dangerously similar to them. Dunham said in a Q&A at PaleyFest LA, “We [Girls’ creators] have an essential belief that being complex, annoying and multifaceted is the right of women on television, so therefore to see characters you don’t necessarily adore all the time is hopefully in some ways an inherently feminist action because it’s a form of representation that we’ve been lacking for a long time.” I’d argue that the show is also a true representation of women off screen. No one is perfect all the time. If we dislike the girls, we may be denying our own flaws, thus making ourselves just as deluded and immature. 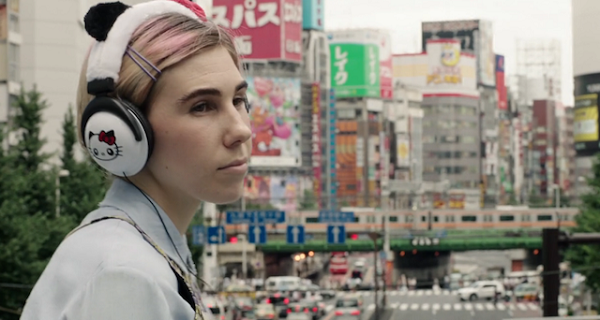 However, we do see growth in the characters over the series. By the end of Season Four, Hannah is a teacher, Shoshanna is taking a job in Japan, Marnie’s career is looking promising and Jessa is studying to be a therapist. They’re no longer directionless. We see the girls’ maturation come to a head in Season Five, when each character undergoes a significant change in her life. After Shoshanna moves to Japan and immerses herself in the culture, a colleague visits to tell her she is fired. Defeated, Shoshanna must return home. Season Five is also a time of closure for Marnie. After a fight with Desi and a strange encounter with ex-boyfriend Charlie (S5: E6), Marnie makes the decision to end her short marriage, even though it could jeopardize her singing career.

Jessa spends much of the fifth season grappling with her feelings for Adam and how their relationship will affect her friendship with Hannah. In the Season Five finale, she says to Adam, “Hannah is my dearest friend. She will always come first. We may not be talking right now, and I hope to God that that changes, so you saying she’s not in our lives anymore doesn’t work for me.” This internal struggle culminates in a physical, verbal and emotional fight with Adam. Then there is Hannah, arguably the most obnoxious, narcissistic millennial to ever grace our TV screens. Season Five sees her facing issues like the breakdown of her parents’ marriage, ending her relationship with Fran (Jake Lacy) and realizing that Adam has moved on with Jessa. 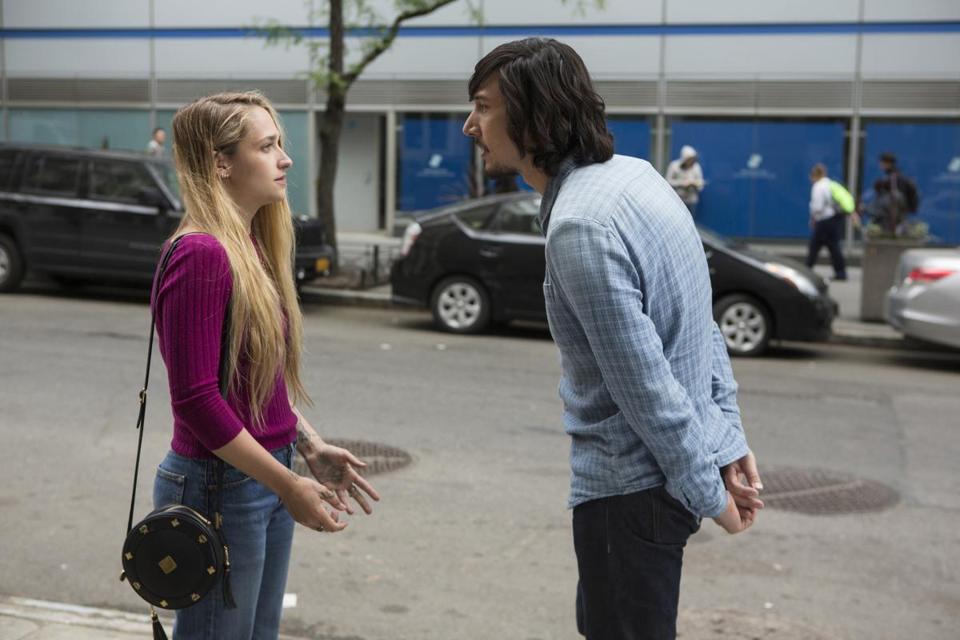 In its five seasons, I think Girls has subtly asked the same question: How do you know you’re growing up? In “Hello Kitty” (S5:E7), the girls started to find answers to that question. Marnie’s decision to end her marriage is the most grown-up thing she has ever done. The Marnie we knew in the previous seasons would never have been mature enough to admit she was wrong. She finally allows herself to truthfully explore her feelings for Ray (Alex Karpovsky), taking him on tour with her and Desi. For the first time Jessa is in a sober relationship, feeling true emotions. The selfish Jessa from previous seasons would have slept with Adam without a second thought for anyone else’s feelings. Not only does she consider the consequences, she also delays and avoids pursuing her feelings to protect someone other than herself. In this case, Hannah. Shoshanna returns home to New York in “Homeward Bound” (S5:E8), where she is faced with the reality of being unemployed and single. Rather than wallowing in self-pity, Shoshanna embraces her knack for marketing. Business at Ray’s coffee shop has been dwindling due to competition from the hipster haven across the street. Shoshanna helps him spy on the shop and comes up with an anti-hipster marketing ploy for Ray’s: A place for grown-ups.

In a season where Hannah exhibits the lion’s share of self-destructive behavior, we see her eloquent, elegant growth in the finale’s Moth reading. The theme of the evening is jealousy. Hannah shares a story about making peace with Jessa and Adam, symbolized by the fruit basket she leaves outside of their apartment. “I’m Hannah forever. No matter what I do, no matter whether I start a new nuclear missile crisis with my emotions, or I sit back and chill and give someone a fruit basket, I can only control the mayhem that I create around me. But the crazy thing is, when I showed up, I heard screaming and I heard my name and I heard madness. And I knew that I was free. At least for tonight.” 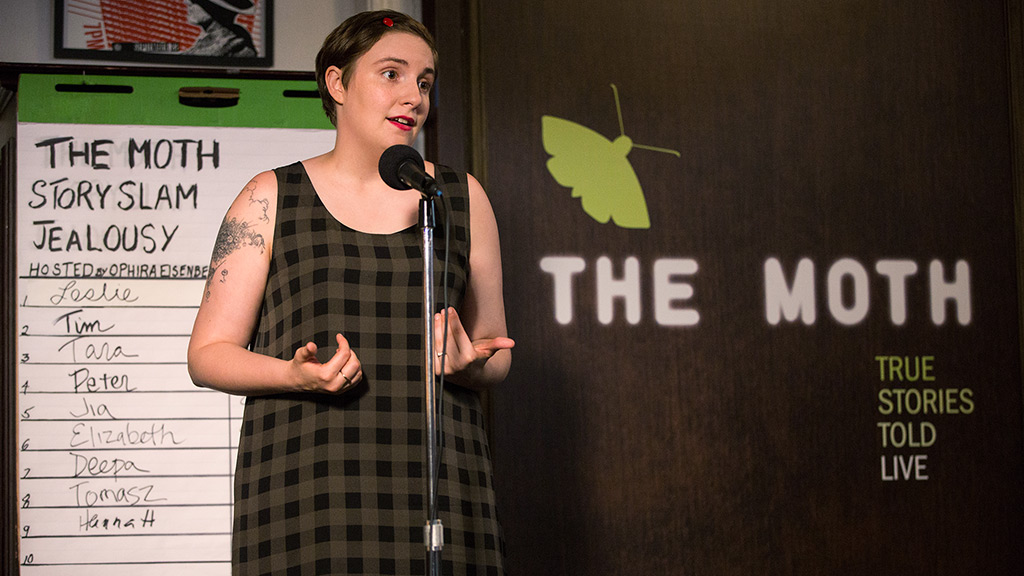 Although all four girls have certainly grown, matured and learned life lessons over five seasons, they dealt with their problems in characteristically egotistical ways. This is brilliantly portrayed in “Hello Kitty.” The girls seem completely unaware of the performance going on around them, an interactive play meant to revisit and explore the murder of Kitty Genovese. It’s a brilliant metaphor for how the girls are so unaware of the world outside their own banal lives. Whether or not we want to acknowledge it, this is something we are all guilty of. Bad things happen around us, but our lives go on, our problems remain the center of our day; we’re indifferent to “someone else’s problem.”

Ultimately, while I wouldn’t say that Dunham pushes us to dislike these characters, we are encouraged to see our worst selves in them: the selfish, indifferent, entitled, annoying parts of ourselves. In doing so, we might learn from them, avoid their mistakes and, hopefully, become better people. Watching Girls is a not-so-gentle, funny nudge in the right direction.