How does “Star Trek Beyond” reveal Sulu’s sexuality, and why does it matter?

Quick Answer: Hikaru Sulu, a character from the original “Star Trek” television series, is revealed to be gay in the new film from the franchise reboot “Star Trek Beyond.” This decision has received mixed reactions from the Trekkie community. Some view the reveal as pandering to fans or disrespectful to Roddenberry’s original vision, but others see it as a fitting continuation of the progressive social legacy of the original television series.

The Star Trek franchise has a long history of pushing the envelope. The original Star Trek (1966 – 1969) series featured one of the first black characters to have a major role in American television (Lieutenant Nyota Uhura), and she was only one member of a truly diverse cast that included crewmembers who were Scottish, Japanese and even Russian. (Keep in mind that having a sympathetic Russian character in the Cold War-era 1960s was a pretty big deal.) The show also featured (what’s generally considered to be) the first inter-racial kiss on TV, between Captain James T. Kirk (William Shatner) and Uhura (Nichelle Nichols). It grappled with major social issues like illegal testing on patients, and it promoted tolerance and peace at a time when the world was teetering on the brink of war. 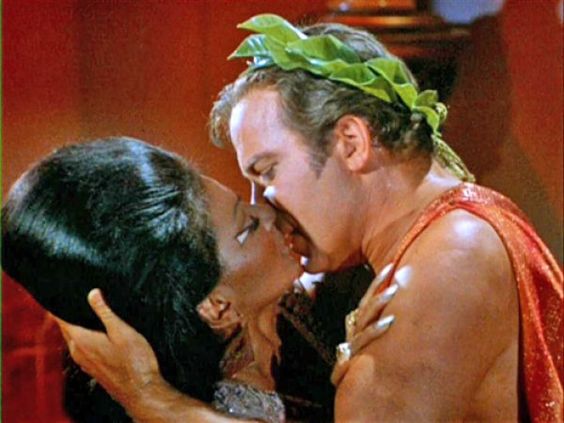 Given this history, it should have been no great surprise when news outlets began reporting early this month that the latest film in the reboot would feature the first gay character in the Star Trek canon. Hikaru Sulu (played by George Takei in the original series and by John Cho) is revealed to be gay in Star Trek Beyond (2016). In the movie itself this reveal is without fanfare: when the crew returns home we see shots of their reunions with their families, including a shot of Sulu hugging a young girl, presumably his daughter, and a man whom the audience assumes is his partner. Other than a brief moment allowing Kirk (Chris Pine) to register his surprise, the moment receives no comment. Counter-intuitively, this understated reveal says more about Star Trek’s liberality than if the writers had made Sulu’s “coming out” a big deal. Cho voiced his own approval for this tactic to the Herald Sun, saying, “I liked the approach, which was not to make a big thing out it, which is where I hope we are going as a species, to not politicize one’s personal orientations.”

Cho also told the Herald Sun that this decision was a nod to Takei, who publically announced that he was gay in 2005 — which brings about the real surprise in this situation: Takei himself disapproves of the decision to make Sulu gay. The actor told The Hollywood Reporter that he’s happy that there is a gay character in the Trek universe but that “unfortunately, it’s a twisting of Gene’s creation, to which he put in so much thought. I think it’s really unfortunate.” According to Takei, Gene Roddenberry, the creator of the original series, put a lot of thought and detail into developing each of his characters, and Roddenberry saw Sulu as a heterosexual man. 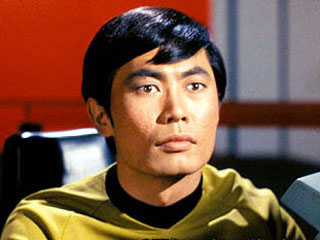 Still, it is possible to imagine that Roddenberry, if he were still alive, would have somehow tipped his hat to the LGBT update to his work. Takei told The Hollywood Reporter that Roddenberry was a huge supporter of the LGBT movement but that, with the interracial kiss on the show, he had already been “pushing the envelope and walking a very tight rope — and if he pushed too hard, the show would not be on the air.” In 2016, 50 years after the original series aired, an openly gay character is no longer a kiss of death for a TV show or a blockbuster film – for many audiences it’s not even moderately risqué. Had he been writing in today’s social climate, Roddenberry would have been less hindered from showing an LGBT character’s romantic life, and his conception of certain characters may have been different.

But respect for the original characters is not the only issue that can arise in this situation. Simon Pegg, who plays Montgomery Scott (a.k.a. “Scotty”) in the reboot and who co-wrote the script for this new film, responded to Takei’s criticism by saying that the only thing that was “unfortunate” was the fact that Star Trek did not have an LGBT character until now. “We could have introduced a new gay character,” Pegg told The Guardian, “but he or she would have been primarily defined by their sexuality, seen as the ‘gay character’, rather than simply for who they are, and isn’t that tokenism?” He went on to defend his decision, saying that by making an established character gay the writers made it so his sexuality is “one of many aspects, not the defining characteristic” of his personality. 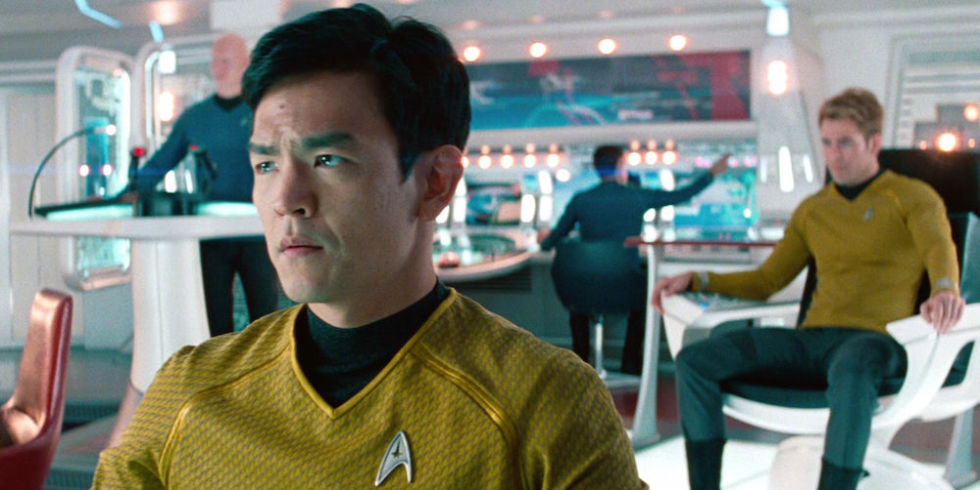 John Cho as Hikaru Sulu in Star Trek Beyond (2016)

Takei’s criticism and Pegg’s defense show the Catch-22 that all people who work on a beloved franchise must face: if they are blindly faithful to their source material then they produce something dated and uncreative, but if they adapt the material to fit with the spirit of the times then they are accused of disrespect to the original content. In this case, the difficulties of handling a well-respected legacy are compounded by the difficulties of representing a minority group on film.

While Pegg was careful to avoid “tokenism,” Star Trek Beyond did address Sulu’s sexuality in a manner that was so quick and blasé that some have interpreted the scene as a surface-level, underdeveloped moment that was thrown in to pander to certain audiences. It does not help that the film showed a heterosexual couple making out as a throw-away gag but left a kiss between Sulu and his partner on the cutting room floor. Sulu’s sexuality is there if the audience is looking for it, but they do need to look.

Still, while the controversy has simultaneously accused the reveal of being too much and too little, featuring a gay character is undoubtedly a positive step for the Star Trek reboot franchise. Since Star Trek is one of the biggest-ever Science Fiction franchises, this reveal may have a larger ripple effect on the genre, as well as other blockbusters. Most significantly, in making Sulu gay, the creative team has shown that they intend to follow the original Star Trek series’ socially progressive legacy.