How does “Don’t Think Twice” send an honest message about failure and why life’s unfair?

Quick Answer: Mike Birbiglia’s Don’t Think Twice grapples with the difficult questions of failure and the general unfairness of life. Inspired by his wife’s observations on the differences between individualistic stand-up and group-oriented improv comedy, Birbiglia started working from the idea that, in an improv group, “everyone is equal until they’re not. The principals of art are like socialism, and life is capitalism. Not everything is fair.” While in their 20s aspiring comedians are in the same boat, as time passes their careers progress differently, and success separates some from others. Don’t Think Twice shows some 30-somethings realizing that they are unlikely to fulfill the dreams of their youth. According to producer Ira Glass, “This is a movie about giving up, and figuring out when it’s time you should give up.”

According to the press notes of Mike Birbiglia’s Don’t Think Twice (2016), the movie is about a “common experience that’s an uncommon subject for a film: failure.”

Don’t Think Twice follows a six-member New York improv group called the Commune. Working menial day jobs but buoyed by their comedy practice and their tight friendship on and offstage, the Commune members enjoy an almost utopian group existence befitting of their name—that is, until scouts from popular sketch comedy TV show Weekend Live attend a performance. When only two of the six cast members get noticed, the group dynamic starts to splinter, and heavy questions of failure and success loom large.

Birbiglia, a veteran of improv and stand-up comedy who has created and starred in three one-person off-Broadway shows, credits his wife with planting the seed for Don’t Think Twice when she observed a fundamental difference between the stand-up and improv worlds: “My wife said, ‘Your standup friends are very combative and always making fun of each other – in a fun way, but still. And your improv friends are so much more supportive, and it’s all about the group, it’s all about saying yes and agreeing. The irony is that some of these people in your improv group are so successful that they’re literally millionaires. And some of them are barely paying their rent on their shared, five-person, one-bedroom in Bushwick.’ It was a very astute observation,” Birbiglia said in the film’s press notes. “I thought it was an interesting premise for a movie–the idea that in an improv group, everyone is equal until they’re not. The principals of art are like socialism, and life is capitalism. Not everything is fair. I started writing a screenplay based on that.”

Don’t Think Twice producer Ira Glass, the host/producer of This American Life and a frequent collaborator with Birbiglia, said in the press notes, “This is a movie about giving up, and figuring out when it’s time you should give up. That’s unusual. Generally, movies are about people who have a dream and by God, they’re going to get their dream. And nobody can stop me, I have the music inside, I gotta dance! And then they make it. But the fact is, most of us try to become something and we struggle for years and a few people make it but most of us don’t. That’s a story people don’t tell as much.” 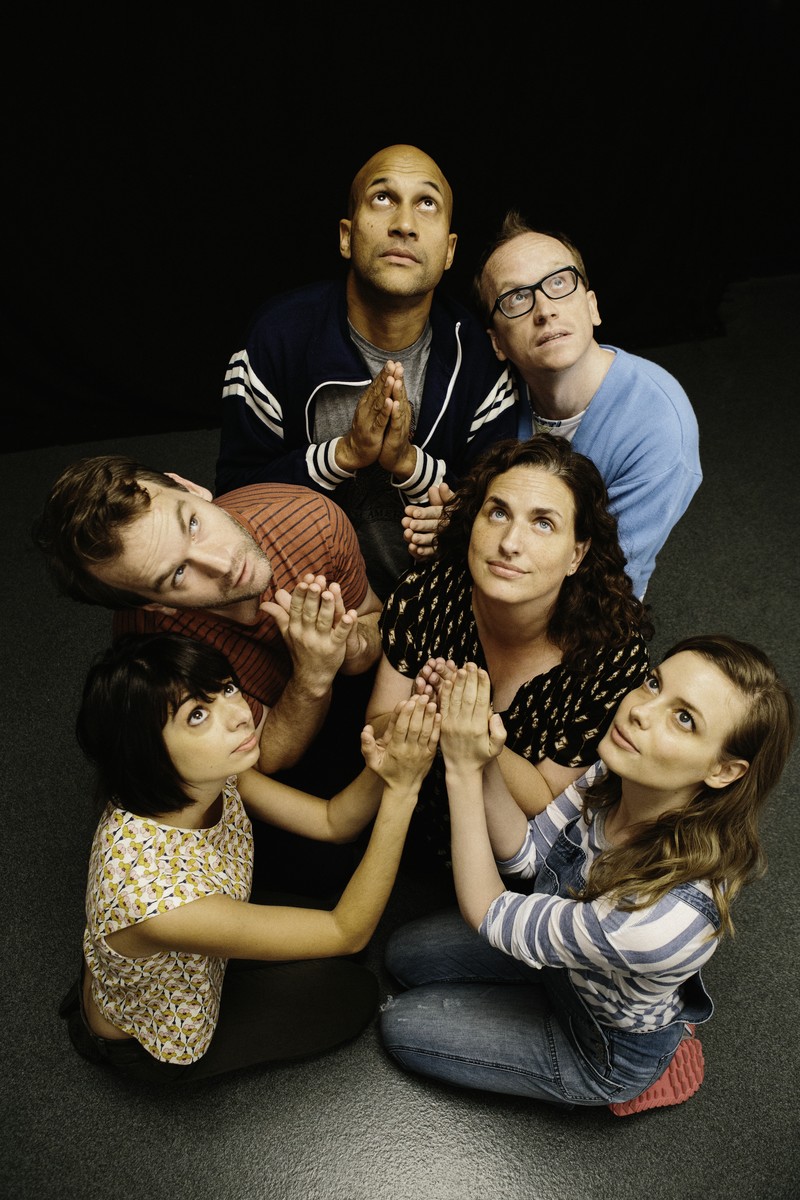 The improv culture as seen in Don’t Think Twice emphasizes group mind. The collective must always “say yes,” agreeing and running with each other’s suggestions, never trying to showboat or stand out as an individual star. As underlined in the title, the most important rule is “don’t think,” as if thinking too much separates us and kills the connected instinct. In contrast to the Commune’s idealistic collective spirit lurks the specter of getting cast in Weekend Live and going onto a solo career in the spotlight. Weekend Live is a transparent stand-in for Saturday Night Live (1975 - ), but “We’re not parodying SNL,” Birbiglia said. “We are using it to represent the brass ring of what these characters aspire to. Culturally there is rarely something that everyone in the profession agrees is the best-case scenario for your career. If you’re an improviser in your 20s, you want to be on SNL.”

Chris Gethard, who plays Bill and is a long-time member of New York’s Upright Citizens Brigade Theater, believes Don’t Think Twice captures the reality of what’s hard about seeing friends succeed or fail within the comedy world. “People think to themselves, ‘All my friends are getting successful, how come I’m not?’ That’s a feeling I have had many times,” Gethard said in the press notes. “I think a lot of artists have to have that conversation with themselves and ask: how important is success and fame? Can it be considered success if I do what I do at this level, and can I become content with that?’ Mike Birbiglia did such a good job of writing these stories in a way that feels very true to what people in this field experience.”

Birbiglia said the film is also about how we change over time: “When my friends and I were in our 20’s, we were pursuing the same goal. I think at that age, certainly in my case, you have a very myopic view of life and success: I want this type of success and success equals this. As you get older your perspective can change. You start to realize that you and your friends don’t all have to have the same goal. In fact, it would be impossible because you grow and you change and your opinions evolve. What you want in life evolves.”

Birbiglia acknowledges that the not-getting-your-dream story is unexpected for people. “It’s an odd thing to make a movie about,” he said. “Hollywood isn’t selling a lot of tickets to movies about how life isn’t fair. But it’s a truism and in my opinion it’s funny because if we can admit that about ourselves then we can move on.”

Watching the film is a freeing experience that helps us let go of our own hang-ups about life’s unfairness. While most people believe they want to see happy movies about getting what we want, watching the melancholy Don’t Think Twice is a cathartic, comforting experience through which we can recognize our own disappointments. As we watch the different characters take off or flounder — even in some cases sabotaging themselves or deciding they do not want the heights of success — we get an honest mirror into how we grapple with the dirty realities of failure and success. These are not easy concepts to deal with in our own lives — it helps to see them reflected back at us through storytelling.