Could the presidential election tie in “Veep” happen in real life?

Quick Answer: To become President of the United States, a candidate must receive a majority of the electoral votes in the general election, which comes to 270 of the 538 available votes. Since there is an even number of electoral votes in our system, there is the slim possibility that an election could end in a tie. In Veep Season 4 and 5, that is exactly what happens, with Selina Meyer and her opponent Bill O’Brien each receiving 269 votes: “Didn’t those founding fuckers ever hear of an odd number?” A similar situation actually did occur in the presidential election of 1800, when John Adams ran against Thomas Jefferson. Back then, votes were not listed on separate ballots for President and Vice President, so Jefferson ended up with the same amount of votes for President as his own running mate, Aaron Burr. The tie was decided in the House of Representatives, as it appears it will be fifth season of Veep, as the tie between Meyer and O’Brien still stands.

In the Season 4 finale of Veep (2012 - ), “Election Night,” the long-awaited results of President Selina Meyer’s (Julia Louis-Dreyfus) bid for re-election lead to an unlikely twist in both scripted television and the electoral system. The election ends in a tie, with Meyer and her opponent, Bill O’Brien (Brad Leland), each ending up with 269 of the total 538 electoral votes. But is this electoral fiasco just the case of a television show taking factual liberties, or could something like this actually happen? Didn’t our Founding Fathers think to prevent a tie-free, foolproof system? (As Meyer laments in the Season 5 premiere, “Didn’t those founding fuckers ever hear of an odd number?”) As it turns out, they didn’t; it’s entirely possible for a presidential election to end in a tie. 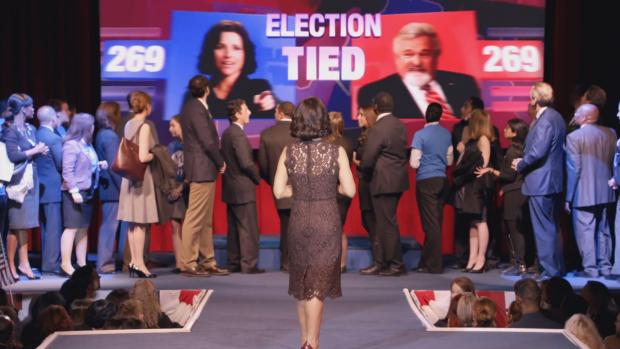 To become President of the United States, a candidate must receive 270 of the 538 available electoral votes in the general election. This means that the candidate would hold a majority over his or her opponent(s). However, since there is an even number of electoral votes in our system, there is the possibility, slim as it may be, that an election could end in a tie. For this to occur, a perfect storm would need to happen. Each state has a specific amount of electoral college votes; California, for example, has 55, while Texas has 38 votes and the smaller Rhode Island has 4 votes. If a tie were to occur, a candidate would need a specific combination of votes from different states that would result in a total of 269, one less than is needed to clinch the presidency. 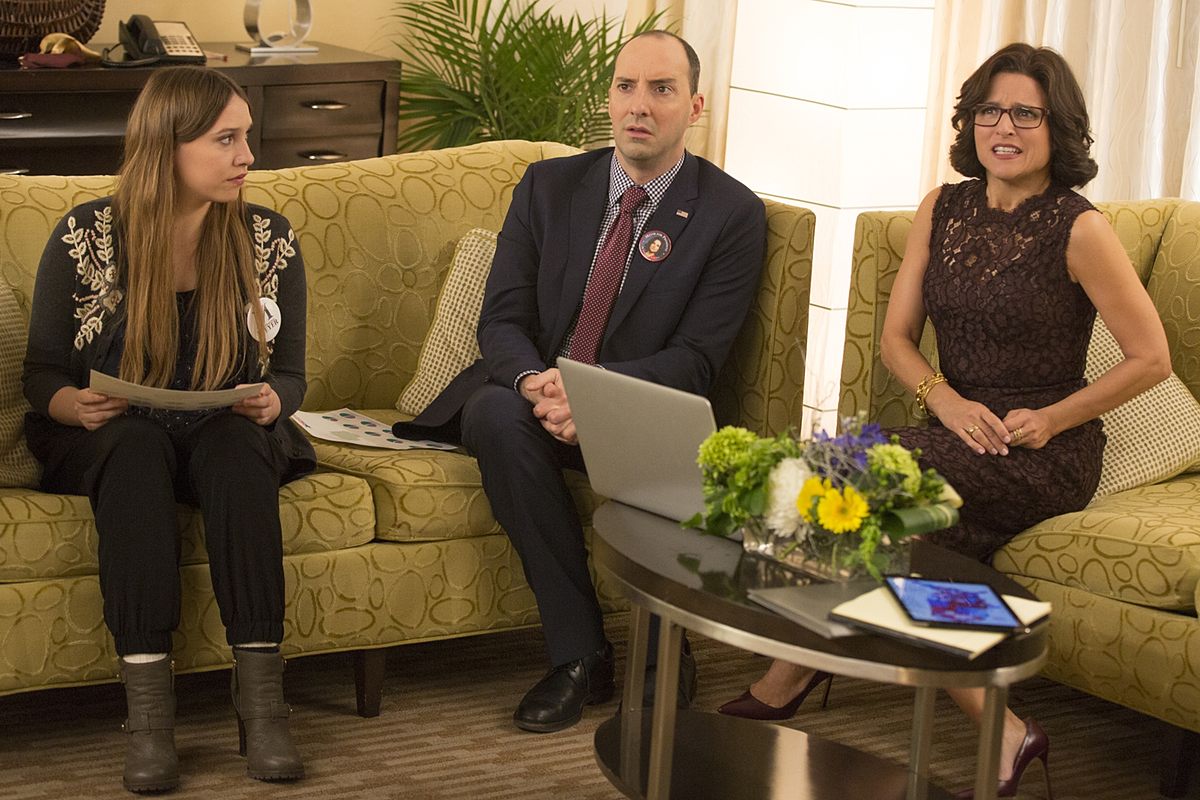 When we first see Meyer and her team in “Election Night,” things aren’t looking good. Throughout the evening, results come in which detail either a Meyer or O’Brien win in a state. Meyer gets some wins in states like Connecticut and Vermont, but it isn’t enough. “A bowl of hair could win those states,” Meyer quips bitterly. When O’Brien wins Pennsylvania, the tide of the election turns in his favor, and it is predicted that he will win the whole kit and caboodle. Just as Meyer calls O’Brien to concede the race, the call for Pennsylvania is changed to be in her favor. Towards the end of the night, the impending tie situation reveals itself. Everyone on Meyer’s team is at a loss for what to do if there’s a tie, which would occur if Meyer were to win Virginia. The team scrambles to find out what would happen in the event of a tie, struggling to find an answer in a frenzy of rapid Googling (“Is there a book?” one member dares to suggest. “Like an old-fashioned, like a paper book?”) They eventually figure out that a tie would force the House of Representatives to vote for President, with each state getting one vote. The Vice Presidential race goes to a vote in the Senate. Since every House race of the night is also “too close to call,” there could be a tie in the House as well, which means that the Senate vote could result in the Vice President-elect becoming President. In other words, Meyer’s running mate, Tom James (Hugh Laurie), could leapfrog over his boss directly to the Oval Office. 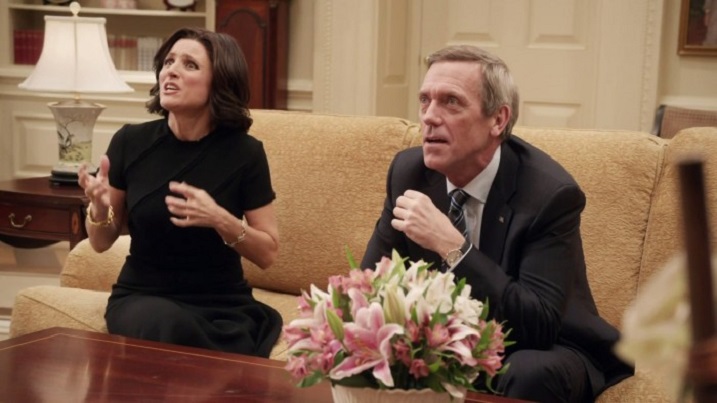 Given the states’ different number of electoral votes, it’s possible for a 269 total to come about, and in a perfect storm of events, that tie could result in a Presidential running mate becoming the President. A similar situation occurred in the presidential election of 1800, when John Adams ran against Thomas Jefferson. Because the nation was still in its infancy, the system of voting was different and votes were not listed on separate ballots for President and Vice President. As such, Jefferson ultimately ended up with the same amount of votes for President as his own running mate, Aaron Burr. The tie was decided in the House of Representatives, as it will in the fifth season of Veep if the tie between Meyer and O’Brien stands. 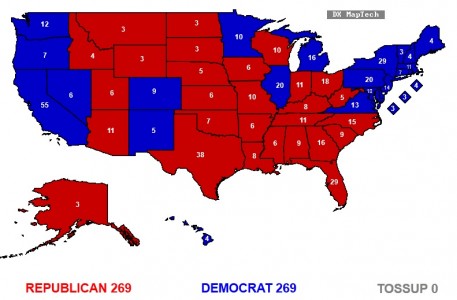 An example of a possible breakdown for an electoral tie

As we can see, then, a tie in a presidential election is possible, albeit very unlikely. While the “Election Night” shocker may have seemed like a tool to help the Veep writers prolong the conflict, the writers have also illuminated the very real possibility of political gridlock during election season.