How did “Mary Poppins” gain her powers?

Quick Answer: Referring to the source novel for information, one can deduce that all people are born with the powers Mary has; most just forget how to embrace them while they are still small children. Mary is an exception and held onto the skills, giving her abilities that come across to others as magical.

Mary Poppins (1964) introduced the world to the wondrous, shockingly blue-eyed phenomenon with a pitch-perfect soprano voice known as Julie Andrews. In her first major film role, she took on the title character of Mary Poppins, a character adapted from P. L. Travers’ books first published three decades earlier. In it, Mary visits the household of a dysfunctional London family and injects her own brand of firm and effective parenting. She also comes with some unexpected surprises, including the ability to fly with an umbrella and a magical bottomless carpet bag from which she can extract nearly anything. Aside from being practically perfect in every way, how does she manage such feats of fantasy?

From the information the film provides, we cannot deduce an answer. She is simply magical and special in the Disney context where magic is a part of life. As with numerous works adapted from novels, we must turn to the book for some insight on Mary’s special abilities. 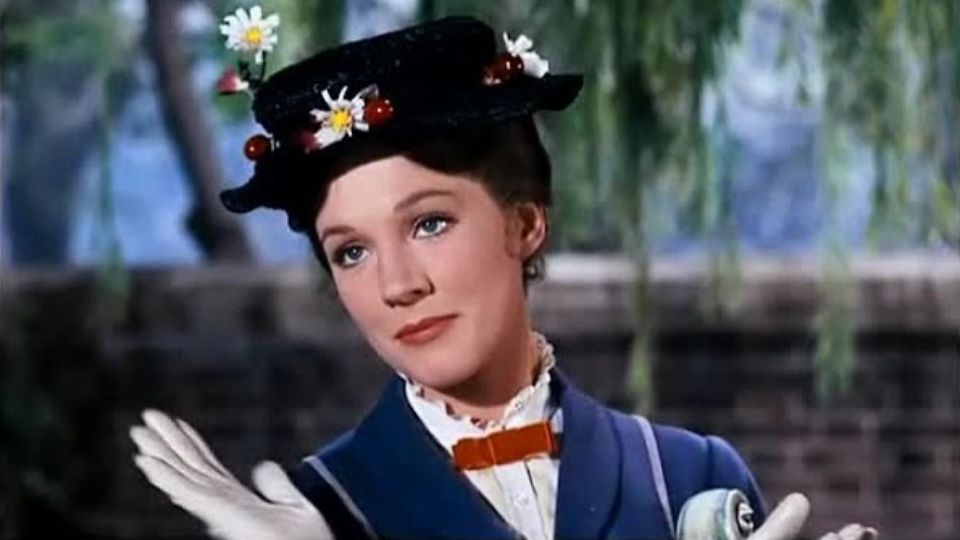 In the ninth chapter of the first “Mary Poppins” book, Mary has a conversation with John and Barbara about the way animals talk and understanding the language of the wind:

“Well,” John went on, “they don’t understand anything we say. They don’t understand what other things say. Last Monday Jane said that she didn’t understand the language of the wind.”
“I know,” said Barbara. “Michael thinks that the Black Bird says ‘Wee-Twee!’ He doesn’t know that the Black Bird speaks English!”
“They knew once,” said Mary Poppins.
“What?” said John and Barbara together. “Really? They understood the Bird and the Wind and…”
“And the language of the sunlight and the stars - of course they did! Once.”
“But - why have they forgotten it all?” asked John.
“Because they’ve grown older,” explained Mary Poppins. “Barbara, put on your socks at once, please.”
“How silly they are! I shall never forget it when I grow up,” said John.
“Nor I,” said Barbara.
“Yes you will,” said Mary Poppins.

The idea is that as babies, all humans are in communication with the natural world. They can understand the sunlight, the wind, the animals, and everything around them. Unfortunately, they lose the skill as they grow older, before the time they start formulating a lasting memory.

Mary Poppins is believed to be the only human who has retained these abilities into adulthood. A jackdaw refers to her as “The Great Exception,” and Mary is thus blessed with skills no other adult possesses. This gives her a cooperation with the natural world that no other human has and enables her to do things others can’t do, all of which appears as magic. In truth, she didn’t gain her powers so much as she simply didn’t lose them, as they are powers everyone is born with.

The film also introduces Mary’s unusual uncle and insists that her mother once befriended a cow, so it’s possible that her family has some sort of tendency towards retaining these skills, and Mary is the first to fully realize them.

Thematically, her powers also stand as a combination of firmness and amusement, the culmination of the wishes of the children and their parents. She is able to employ discipline and order but maintain whimsy and entertainment, with the power to stimulate the imaginations of the children above all. Her great understanding of the world as a whole renders her sort of an “ultimate” person and fosters her “magical” gifts.