Why is Sion Sono one of the world’s most exciting and unusual living filmmakers?

Quick Answer: Japanese director Sion Sono works at a prolific pace almost unheard of in the film industry: since the start of 2015, he’s released six feature films. Just as unbelievable is Sono’s range of style and genre. His huge output of work ignores traditional genre boundaries and audience expectations, each film diverging wildly from the last. Sono’s maximalist, uninhibited career, currently expressed in three films showing at Japan Cuts: Festival of New Japanese Cinema in New York City, must be seen to be believed.

New documentary The Sion Sono (2016), which screened on Saturday at the Japan Cuts: Festival of New Japanese Cinema in New York City, follows the career of maverick Japanese director Sion Sono. The film opens by informing the audience that Sion Sono released a whopping four movies in 2015, and he’s released two more since. Later, in his studio, we see some scribblings on a piece of canvas that read, “You are born and you soon die. There’s no time to relax.” In the past three years Sono has lived this ethos, directing 10 films and 6 episodes of television. The 55-year old Sono shows no sign of slowing down. No director today has the range and work ethic of Mr. Sono, and that’s why he is one of the world’s most exciting living filmmakers.

In these last three years alone, Sono has made a teen sex comedy with psychics (2015’s The Virgin Psychics), a battle-rap musical (2015’s Toyko Tribe), a surreal horror movie that begins with a school bus full of schoolgirls being decapitated by a gust of wind (2015’s Tag), and a bloody ode to his childhood Super 8 filmmaking by way of a gangster movie (2013’s Why Don’t You Play In Hell?) — and these are just the films that can be loosely synopsized.

Siono deals in homage and deconstruction, the mashing-up of countless influences and genres to create wholly new, anarchic experiences. His best work is often impossible to summarize, like his four-and-a-half-hour opus Love Exposure (2008), which follows a teenage outsider who falls in love with his stepsister and starts sinning to reconnect with his priest father. Even this description fails to do justice to the film, a freewheeling odyssey of self-discovery and growth that culminates in a samurai sword-inflicted blood bath. 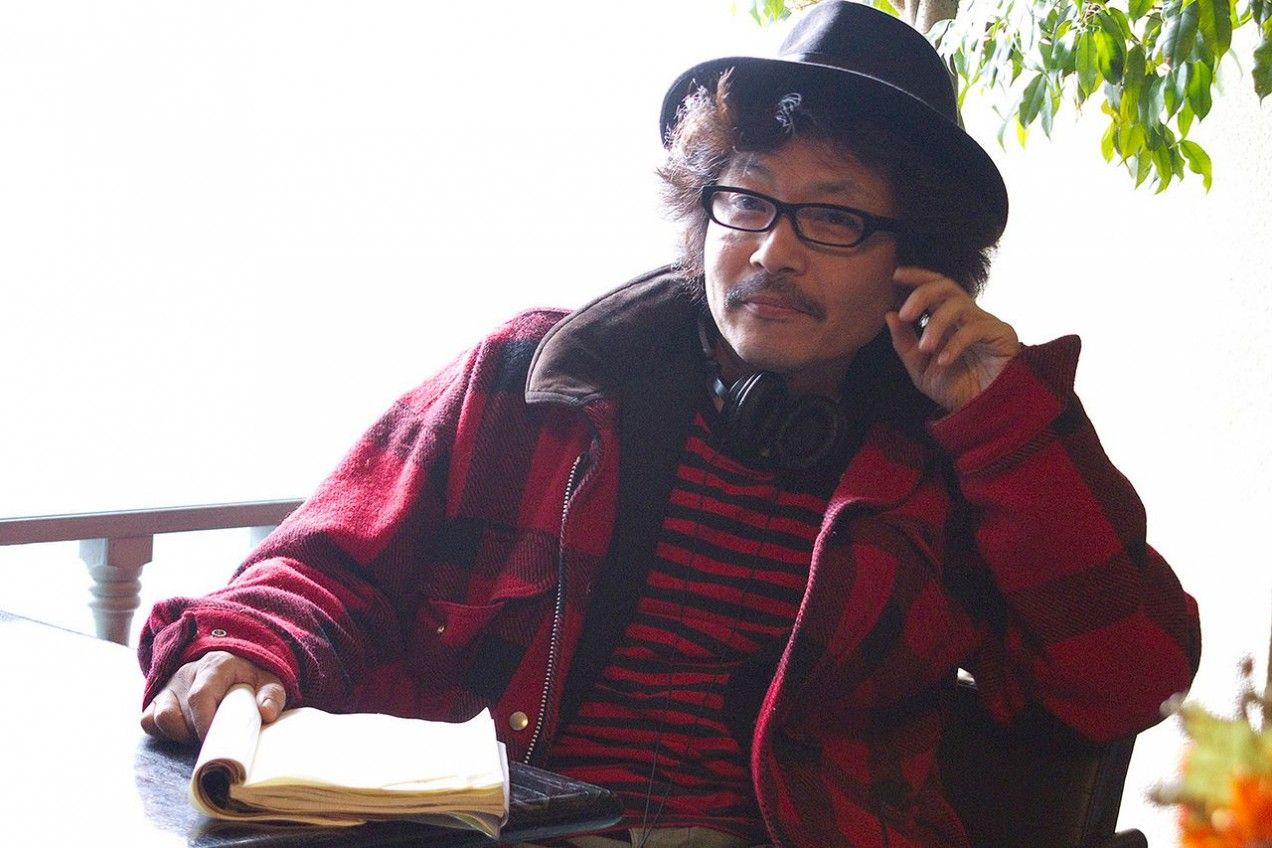 Born in 1961, Sion Sono made several short films in Super 8 as a student before starting his career as a poet. Eventually, he returned to the world of film to make his first few features in the early 90s. His second feature, The Room (1993), toured over 49 film festivals worldwide, including Berlin and Rotterdam. He continued to steadily make films throughout the 90s and 00s until he broke out with Love Exposure, earning international acclaim.

In his native Japan, Sono’s irreverent, hard-to-categorize work doesn’t inspire the same immediate enthusiasm as it does on the international stage. In The Sion Sono, the director notes, “People don’t want Japanese culture represented by the unorthodox.” One his work is successful overseas, however, those films are embraced in Japan. “Often, when my films do well in Japan, it’s like a reimport — it’s when they’ve done very well abroad, and then they come back into Japan,” Sono says. 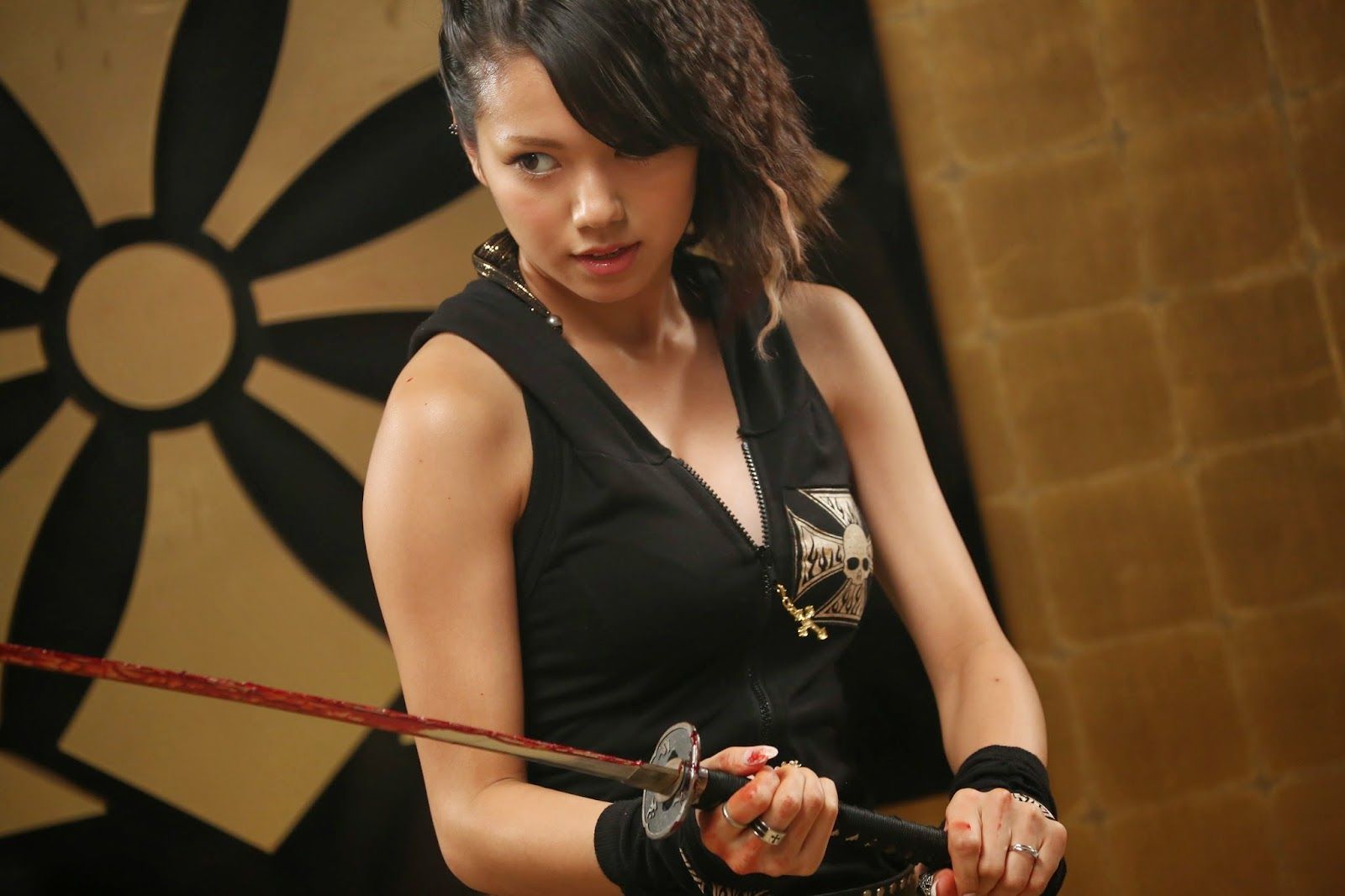 In addition to the documentary about Sono at Japan Cuts, the festival screens two of Sono’s own fiction films, both of which are characteristically inventive and genre-defying. With less over-the-top shock value than some of his most famous works, they appear slight departures for the renowned “bad boy” of Japanese film, but self-departure itself can be seen as characteristic of Sono. Love & Peace (2015), a family comedy set during Christmas, and The Whispering Star (2015), a deliberately paced, black-and-white Tarkovskian sci-fi movie, both feel like simultaneously the last thing one would expect from the notoriously perverted director and exactly in keeping with his career full of surprises.

An artist like Sono creates so prolifically only by disregarding expectations and even notions of quality. “Life isn’t about good or bad,” Sono says in the documentary. “Paint, express, and live! That’s good.” If one can find anything uniform throughout the director’s work, it’s that it’s all uniquely his. Sono’s presence as an artist and human is felt in every movie. In an interview with The New York Times, Japan Cuts programmer Aiko Masubuchi described the auteurist nature and personal expression of Sono’s diverse filmography. “No matter how over the top the movie is, the person is always there,” he said. “Whether it’s talking about something that’s very serious or sad, or something incredibly juvenile, like up-skirt photography, it feels very much like the person is still behind it, no matter what.”

While they may appear to be new directions, through this lens, Love & Peace and The Whispering Star appear as yet-unseen sides of the same multi-faceted, radical spirit.