Why don’t the characters of black comedies like “Seinfeld” and “Arrested Development” ever change?

Seinfeld (1989-1998) and Arrested Development (2003-2006, 2013) are two black comedies that are considered by many audiences to be the greatest shows of their time. Black comedy tends to feature characters whose journeys don’t lead somewhere positive. In Seinfeld, creators Larry David and Jerry Seinfeld laid the groundwork in American television for comedic characters whose moral capacities remain static over time, even in dynamic situations. In the 2000s, Arrested Development elaborated further on the black comedy convention with characters whose lives present the illusion of dynamism but are, ultimately, just as static.

Seinfeld is widely called a “show about nothing,” which is a misnomer—of course the characters do and experience things! One explanation for this description is that, as the Cougartown name fiasco demonstrated, showrunners are pressured to create a gimmick to sell their shows. The “show about nothing” catchphrase self-references the hoops that writers have to jump through in the pitching stage. That said, Seinfeld was already in its fourth season before the show-within-a-show story arc hit the airwaves and coined the “show about nothing” phrase. Jerry Seinfeld said in a Reddit conversation in 2014, “The pitch for the show, the real pitch, when Larry and I went to NBC in 1988, was we want to show how a comedian gets his material. The show about nothing was just a joke in an episode many years later, and Larry and I to this day are surprised that it caught on as a way that people describe the show, because to us it’s the opposite of that.” 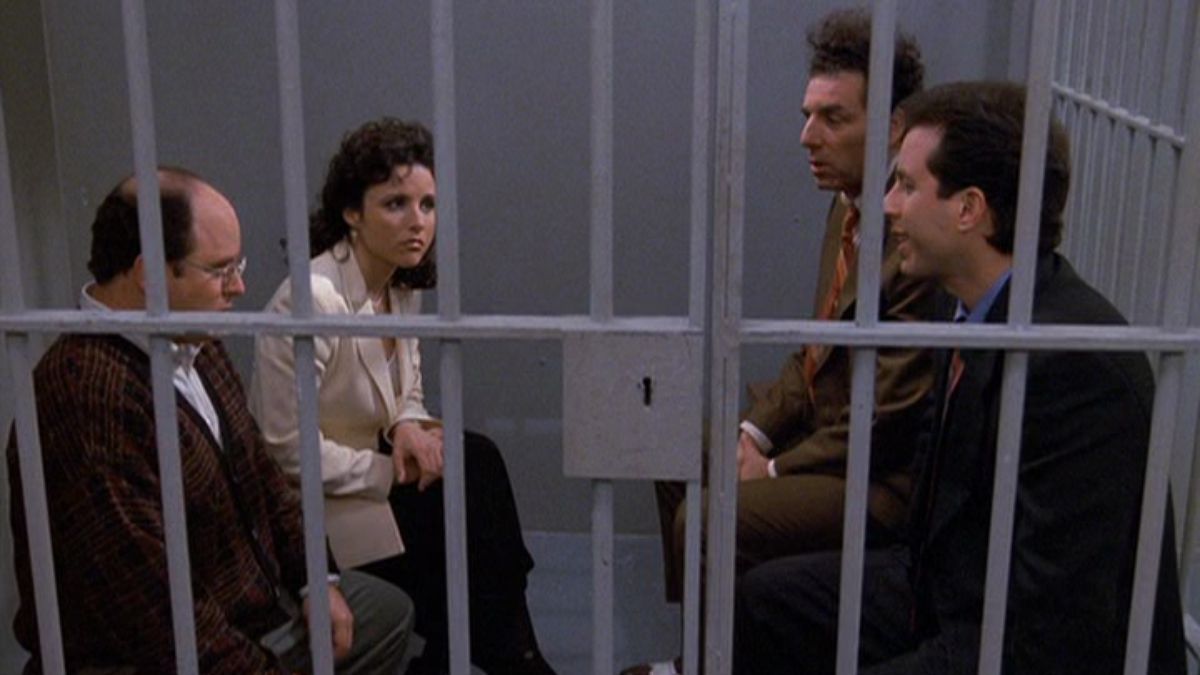 The “show about nothing” tagline caught on perhaps because it also refers to the lack of substance in the characters or their lack of moral development over the series. Seinfeld had a famously anticlimactic finale that placed its protagonists squarely in limbo—or hell, depending on your reading—indicating that they have not learned anything or evolved in any way over the years we have known them. Larry David’s follow-up, Curb Your Enthusiasm (1999), continues this portrayal of a central character who fails (or refuses) to improve, despite the hostile disapproval of his peers, family and friends. Curb Your Enthusiasm feels almost defiant in its refusal to “fix” its protagonist. The series over time arguably attempts to persuade its audience that David (playing a fictional version of himself) is not in need of fixing—that instead we should examine our impulse to always improve and correct.

UK television also has a long-standing black comedy tradition with a taste for the cynical and acerbic. In modern favorites like Channel 4’s Peep Show (2003), the device of continually landing characters back in the same hell they started in is well-received and expected. 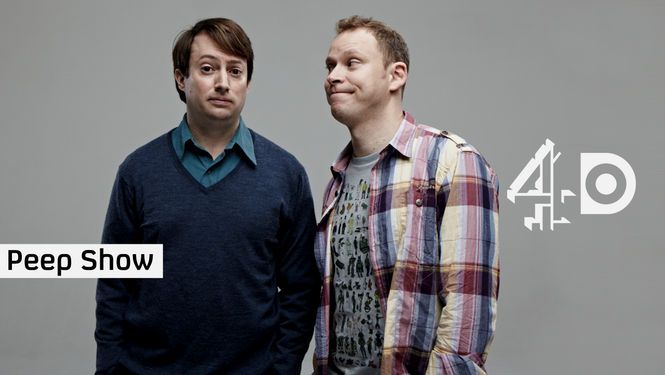 Occasionally, Seinfeld gave off hints that something more dramatic and life-altering would occur. The sudden death of George’s fiancé, Susan, was perhaps the closest contender to a major life change for any of the characters, but Susan’s death is notably less uneventful for George than some might feel it “ought” to be; he quickly shrugs it off, as he was already doubting the engagement. (As an interesting side note, this plot development was largely a result of actress Heidi Swedberg’s lack of behind-the-scenes chemistry with the cast.) David also later said that he might have reconsidered the secrecy around the finale, as it created expectations for an exciting ending, and some see his Seinfeld “reunion” within Season 7 of Curb Your Enthusiasm as a finale do-over. Still, one or two plot decisions aside, the show revolves around static people, and their static nature is generally read as terrible or, at best, neutral and apathetic.

In Arrested Development, the characters’ fates go up and down so much they almost form a live-action Looney Tunes (The Bugs Bunny Show [1960-1975]). Anyone who’s watched more than one Road Runner cartoon is desensitized to the sight of Wile E. Coyote falling off a cliff because we know he’ll get back up again. Arrested Development similarly creates black humor through that type of desensitization. Its characters can experience heartbreak after heartbreak, but the audience is unharmed and enjoying the spectacle. In a sense, Arrested Development gets away with more dynamic characters within the realm of the black comedy conventions because they are a clan with more fluid up-and-down movement. But we might argue that the end result echoes Seinfeld—the fates of the Bluth family as so precariously on-the-move that, in the end, no success is ever lasting, and they inevitably fall back down to their starting, hellish position. Moreover, the Bluths—even more than the Seinfeld characters, who frequently come off more indifferent than malicious—have almost no capacity for empathetic feeling or self-improvement. (The only possible exceptions are the protagonist/straight man Michael, who often hypocritically falls short of his self-righteous expectations of his family members, and his son, George Michael.) 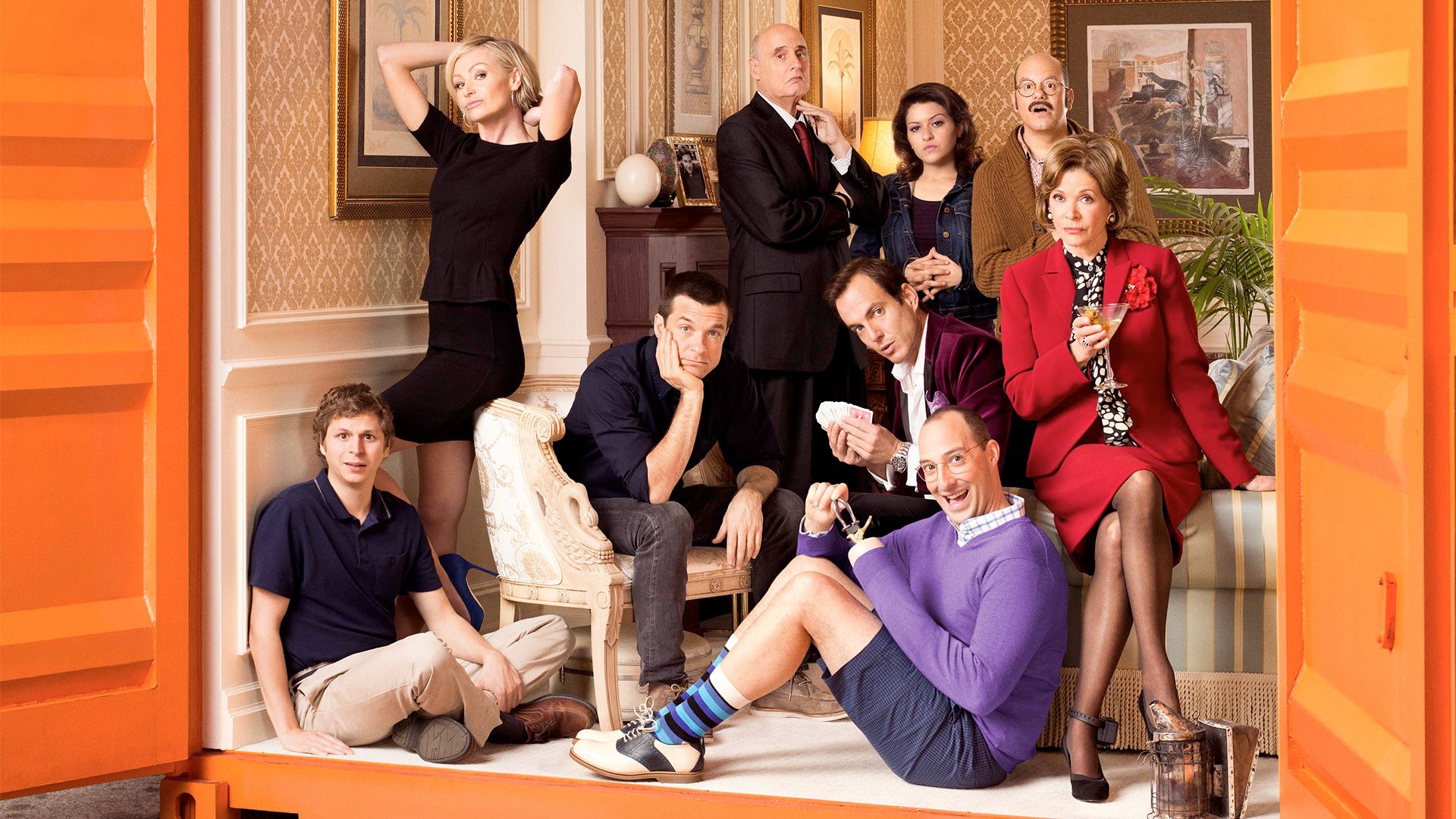 Arrested Development makes constant use of a TV trope known as the “reset button,” which is employed by countless sitcoms. Examples include I Dream of Jeannie (1965-1970), Get Smart (1965-1970), The Simpsons (1989-), Rick and Morty (2013-), and Aqua Teen Hunger Force (2000-). In these shows and many more, dangerous life-and-death or otherworldly situations accelerate to an extreme level, but the plot always resolves itself (however improbably) to ensure the status quo is preserved at the start of the next episode.

The combination of the non sequitur “On the next Arrested Development…” end sequences and the slight gaps in the timeline have desensitized us to the disastrous, quickly forgotten endings that befall characters on the show. In episodes like “The One Where They Build a House” or “Public Relations,” the Bluth Company’s plans backfire 100%, and the family suffers horrible publicity, but the exact real damage is never revealed. Just as we never feel too poorly for Wile E. Coyote when he falls off the cliff, any excessive empathy for the Bluths is curbed when we consider that they were much richer than the average American before suffering any loss, and they never actually descend into poverty. Ultimately, we never know how much the Bluths lose or win in exact dollars or consequences of any nature, but whatever the blow, they always seem to keep going in the same vein.

The lack of excess empathy for the fate of the Bluths is contrasted by a strong sense of pathos in many moments. Arrested Development borrows conventions from family sitcoms, which have a long tradition of tugging at heartstrings. The the actors are also so on top of their game that their likeability as performers carries over onto their characters, so that we feel love for the characters in spite of their characteristics (which in theory we dislike or condemn). The end result is that we allow Arrested Development to pull the wool over our eyes and momentarily convince us our favorite real-estate hustling family is headed for self-improvement.

But improvement is out of the question—as the title warns us, these characters’ development is permanently arrested. If one looks at the show’s progress chronologically, it’s ever more apparent in the later episodes and especially the fourth season that, like the characters of Seinfeld and Peep Show, the Bluth clan is stuck in limbo/hell, where nothing ever changes. In the third season finale (and the original series finale), Lucile is captured in the same way that her husband is captured in the series premiere, with many identical details in both scenes. In the fourth season, many of the characters are secretly undoing each other’s efforts as the gang splits up, and the final scene is a textbook definition of anticlimactic. 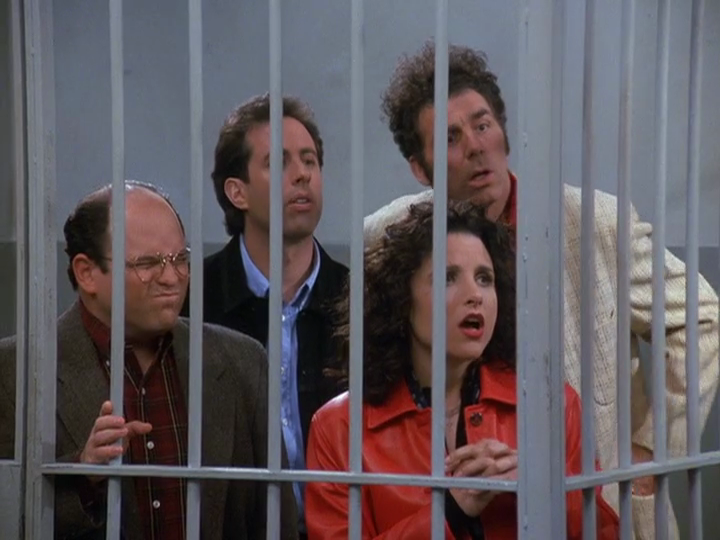 Seinfeld, Arrested Development, Curb Your Enthusiasm, and Peep Show all experiment with moving outside the conventions of character likeability. All challenge us with the same implicit question: if we believe that we don’t like or dislike a character that we continually return to watching, do we not on some level care about, like, or enjoy certain aspects of this supposedly repulsive personality? On some level, we take vicarious pleasure in the experience of a character who behaves in a socially unacceptable manner. The passionate fandom that all these shows inspire suggests that, on some level, many of us wish to discard our conventions of likeability, acceptability, and social approval.