What inspired “A Nightmare on Elm Street” and Freddy Krueger?

Quick Answer: A Nightmare on Elm Street was inspired by a medical condition suffered by Asian men in the late 1970s and early 1980s, particular among Hmong refugees in America who escaped the Cambodian genocide. These otherwise healthy, young men were dying in their sleep, and many reported bad dreams prior to their deaths. Further, a childhood bully inspired Freddy Krueger’s name, and a story about a drunk man in a hat who freaked out director Wes Craven as a kid contributed to Freddy’s look. The red and green sweater was the result of a Scientific American article which said those colors are the most clashing to the human retina.

There’s nothing unusual about having a bad dream. But a dream so horrific that it literally kills you? That’s the underlying premise of Wes Craven’s A Nightmare on Elm Street (1984), a film based on shockingly real accounts of people dying during nightmarish sleep, coupled with autobiographical elements of Craven’s own childhood.

The fantastic character of Freddy Krueger (Robert Englund) with his tattered sweater and knife-fingers isn’t directly pulled from reality, nor is the backstory of a murderer seeking revenge after being put down by the swift execution of vigilante justice. But what inspired the formation of such a fantastic character is a combination of very real elements, colored and molded into the horrific child-killer we see on screen by the intellect and imagination of Wes Craven. 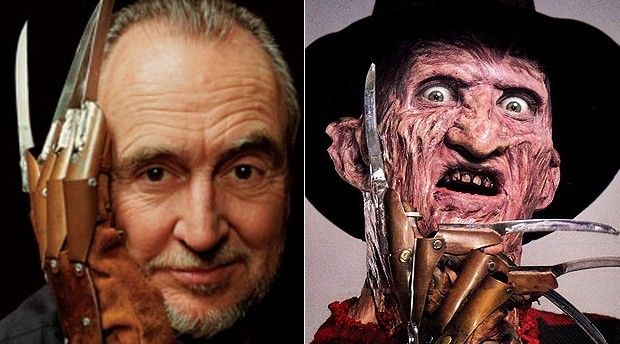 In a 2008 interview with Cinema Fantastique, Craven explained that he wanted a villain more primal than the loony maniacs acting as antagonists in his previous horror successes, The Last House on the Left (1972) and The Hills Have Eyes (1977). “I wanted to do something that was tied into the deepest recesses of our subconscious,” Craven said. “I had a history in academics, so I knew there were certain things that were universal.” An academic with a Master’s from John Hopkins University, Craven decided there is no greater time of psychological peace in human existence than during sleep. Ruining the comfort of the subconscious, he thought, would be the most horrifying thing possible. And then, Craven read a series of curious newspaper reports.

In 1981, news of a medical mystery began showing up in the New York Times and Los Angeles Times. A few dozen people unexpectedly died in their sleep for unknown reasons. The men were young, healthy, and curiously enough, all of Asian descent. Papers dubbed the phenomenon “Asian Death Syndrome,” and the body count crossed 100 by the time A Nightmare on Elm Street hit theaters. The condition went on to become known as the less-racial “sudden unexplained death syndrome,” or “Brugada syndrome,” and for quite a while confounded medical professionals as to its cause.

In Craven’s film, the victims were pastel-clad teenagers with 1980s personalities and little more to worry about than hitting up the shopping mall. In reality, the victims of this sleep-death phenomenon were Hmong refugee males who fled the Killing Fields in Cambodia during the genocide of the late 1970s. They survived the Khmer massacre, fled to America, and acclimated to American life, only to die in their sleep without possessing any noticeable health problems.

When Craven read about this phenomenon in 1981, its curious nature was enough to prompt investigation by the CDC, and was becoming a cultural concern for all Hmong people living in the country. As it turned out, Homgs refugees in America weren’t the only ones suffering from the condition—healthy Asian men worldwide were dying in their sleep with inexplicable frequency. But the American refugees seemed to be particularly susceptible.

Back in 2014, Wes Craven articulated a story about a specific Hmong refugee family which really pushed the idea of Freddy Krueger to the forefront of his imagination. The family fled the Killing Fields and came to America, and their young son began having terrible dreams. “He told his parents he was afraid that if he slept, the thing chasing him would get him, so he tried to stay awake for days at a time. When he finally fell asleep, his parents thought this crisis was over. Then they heard screams in the middle of the night. By the time they got to him, he was dead. He died in the middle of a nightmare,” Craven said.

Brugada Syndrome is now detectable and preventable by modern medicine, but the question of why it so viciously attacked Homg refugees in the 1980s has never quite been nailed down.

On A Nightmare On Elm Street’s DVD commentary, Wes Craven explains how he coupled this condition with his own life experiences to create Freddy Krueger. He said that as a boy, he was bullied at school by a boy named Fred Krueger, so the name was simply applied. The effects of this boy clearly stuck with Craven, as the villain in his earlier film, The Last House on the Left, was also named “Krug.” As it is, the character of Krueger is a testament to the long-lasting detrimental effects bullying can have on children. 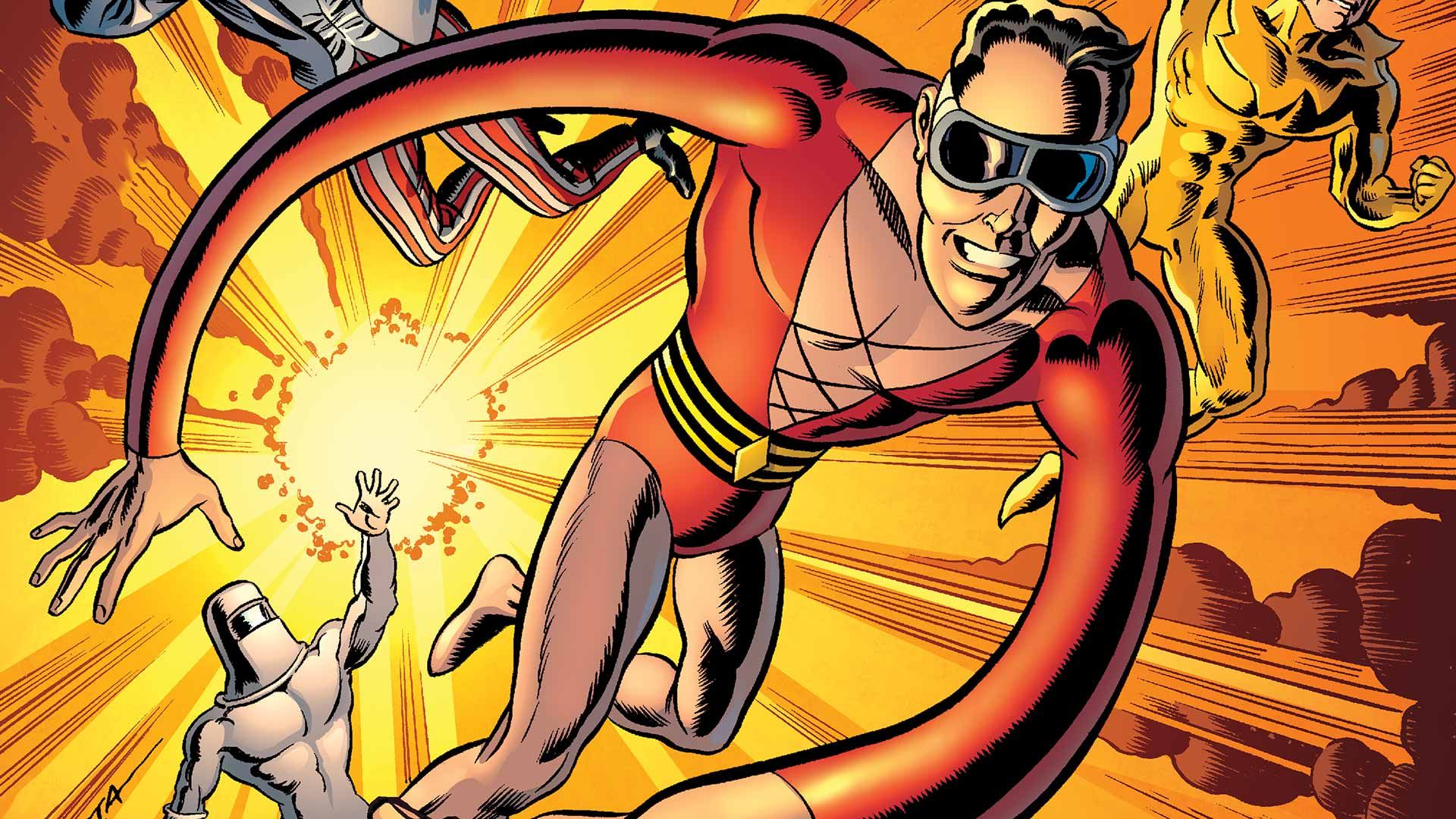 Krueger’s famous sweater was based on DC Comics’ Plastic Man. The character could change shape, but you always knew it was him because the pattern of his clothing would be visible on whatever form he took. Krueger is the same way—a shape-shifter recognizable by his color patterns.

The sweater’s coloring was the result of a 1982 Scientific American article which found the two most abrasively clashing colors to the human retina are red and green. The result was a villain masked beneath scars and burns, with a believable murder weapon any man could fashion—a killer capable of taunting and teasing his victims in a realistic, human way, but who kills in a sensational manner that wrecks even the impenetrable security of one’s own mind.

Craven said, “Nature is full of stabbing instruments: claws, teeth, horns. I thought the claws of the cave bear must be buried somewhere in our subconscious, so that claw which is from nature or animals was combined with what is one of the most specifically human parts of our anatomy, which is our hands. The human hand is so much more dexterous than any other animal’s. Many scientists postulate that that has gone hat-in-hand, if you will, with the development of our brains: the more developed our brains have gotten, the more clever our hands have gotten, and vice versa. So that became the instrument; rather than anything he would leave someplace and then pick up, it was something that he actually had on him.” 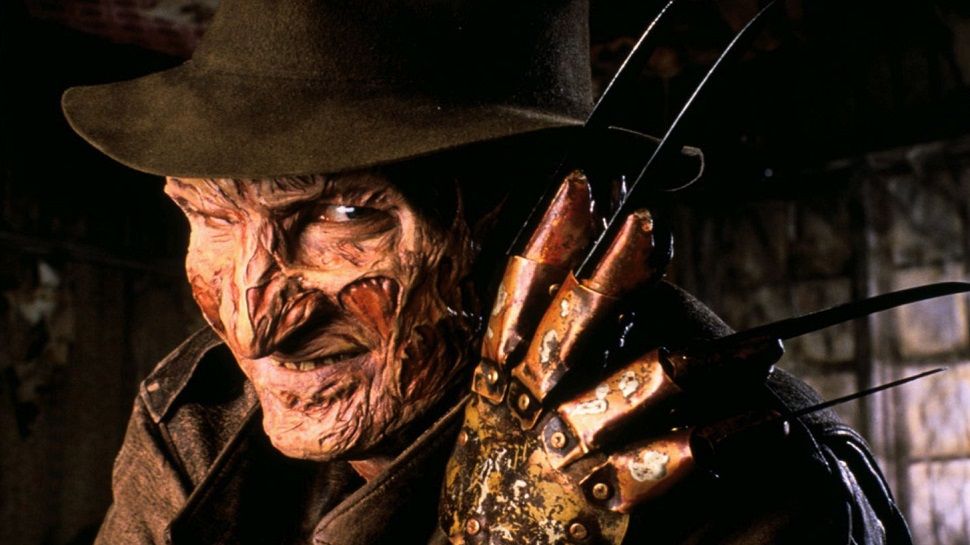 As for Freddy’s hat, it was also pulled from Craven’s own past. He recounts, “The hat was the kind worn by men when I was a kid, and there was a particular man who scared me when I was little. He was a drunk that came down the sidewalk and woke me up when I was sleeping. I went to the window wondering what the hell was there. He just did a mind-fuck on me. He just basically somehow knew I was up there, and he looked right into my eyes. I went back and hid for what for what I thought was hours. I finally crept back to the window, and he was still there. Then he started walking almost half-backwards, so that he could keep looking at me, down to the corner and turned, and I suddenly realized, ‘My god, that’s the direction of the entrance to our apartment building.’ I literally ran toward the front door and heard, two stories down, the front door open. I woke up my big brother; he went down with a baseball bat—and nobody was there. Probably the guy heard him coming and ran; he was drunk, having a good time. But the idea of an adult who was frightening and enjoyed terrifying a child was the origin of Freddy.”

The combination of all the above built A Nightmare on Elm Street, and constituted its iconic villain. The result is a film exploring the transition from childhood to adulthood, and the effects of consciousness on pain and truth. And as strange and fantastic as its horror may be, it all stems from reality, as most frightening horror concepts do.