What are the characteristics of Taika Waititi’s filmmaking style?

Quick Answer: Writer, director and actor Taika Waititi has been behind a string of New Zealand hits over the last decade. His films, often regional slices of life, are primarily characterized by a veneration of nature and indigenous culture, a sense of longing for companionship, and an affection for innocence. It’s through this commitment to tone and style that Waititi has begun to construct a solid filmography of consistent quality. Having been recently tasked to direct the forthcoming Thor movie, It will be fascinating to see whether the Marvel blockbuster will fit comfortably into Waititi’s humorous and idiosyncratic canon.

Though New Zealand cinema may have once been a foreign concept to American audiences, it seems now that there are few things more synonymous with quality than the words “New Zealand Film Commission” preceding a movie. One man is largely to thank for this, and it’s neither of the Conchords. Writer, director and actor Taika Waititi has been behind a string of New Zealand hits over the last decade, and with his acclaimed horror comedy film What We Do in the Shadows (2014) and this year’s Hunt for the Wilderpeople (2016), his work is coming into the international public eye in a substantial way—so substantial, in fact, that he is directing the upcoming Marvel feature Thor: Ragnarok, due at the end of next year. This will demand a shift in style from Waititi; far from blockbusters, Waititi’s films have been regional slices of life, a fascinating blend of sentimentality, zaniness, angst, and a unique type of awkwardness that exists somewhere between Wes Anderson and Jared Hess. Based on these characteristics, it is hard to guess which of Waititi’s influences will shine through in Ragnarok, or if his established style as a filmmaker will bleed into the Marvel blockbuster at all. Looking back at Waititi’s catalogue of films—Two Cars, One Night (2004), Eagle vs Shark (2007), Boy (2010), Shadows and Wilderpeople—his domestic work is primarily characterized by a veneration of nature and indigenous culture, a sense of longing for companionship, and an affection for innocence.

Excepting Shadows, Waititi’s films all share important characteristics of setting and style. Every film takes place primarily away from the city, each location more rural than the last. Not only does this permit Waititi to take advantage of the vistas for beautiful shots (which he does in abundance), it also permits a focused, regional story to unfold in which local and indigenous culture is clear and present. Waititi’s simple recognition of natural beauty point to the filmmaker’s preternatural disposition towards the rural idyll of his home country. The effect is amplified by the films’ scores and soundtracks, which frequently incorporate traditional Maori music and tracks from New Zealand musicians. Above all, Waititi’s efforts to highlight and embrace all things local can be seen through his authentic casting choices; Boy features many promising Maori actors and Waititi always makes an effort to employ local cast and crew members, something he’s even bringing to the set of the upcoming Ragnarok. It’s hard to walk away from a Waititi film without some fascination with his homeland. 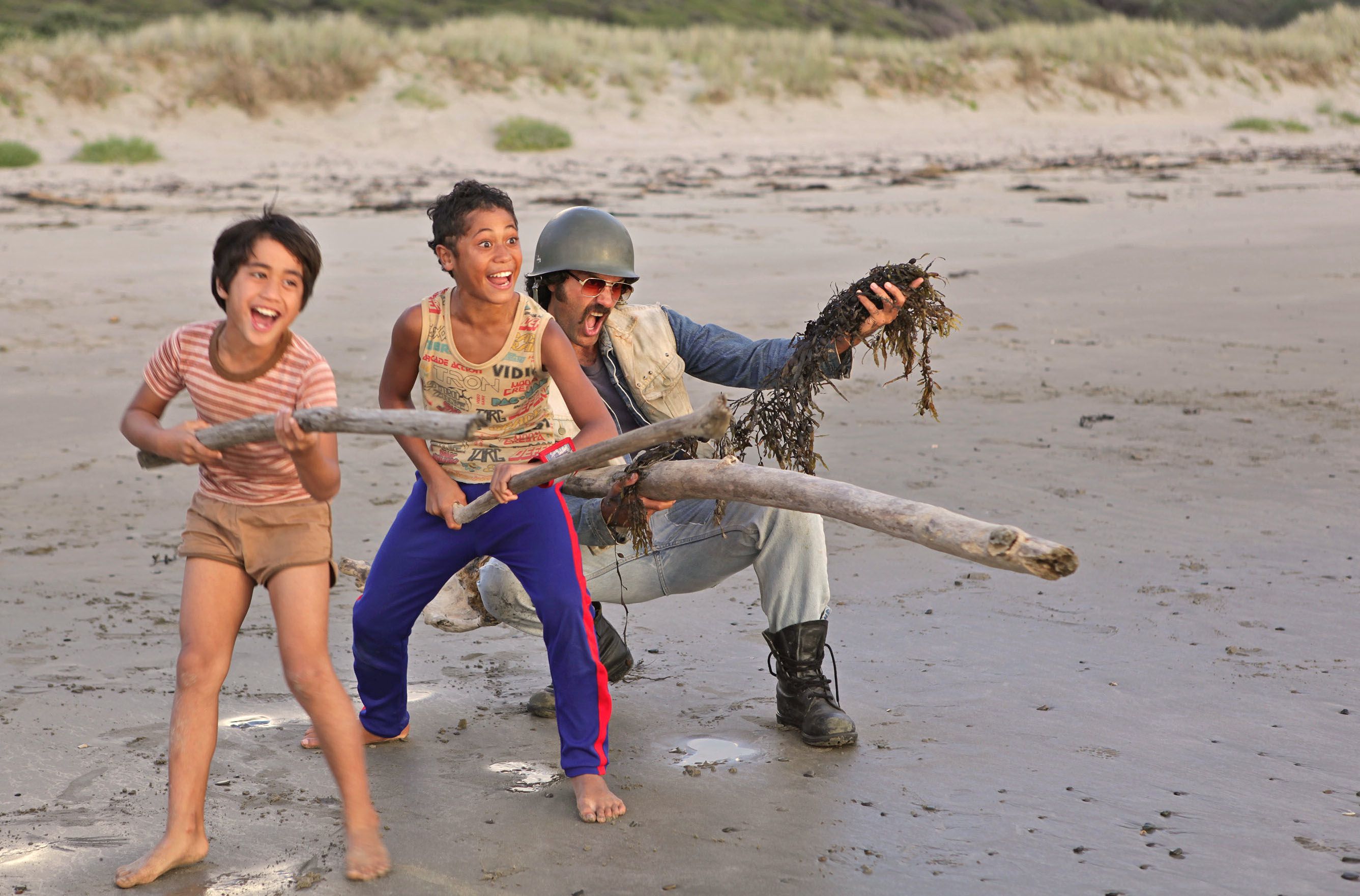 Though Waititi’s films are primarily comedies, they all carry a surprising amount of emotional weight. For the most part, the films are linked by a common theme: some unfulfilled desire for an interpersonal relationship. In 2007’s Eagle vs Shark, Lily (Loren Horsley) longs for romance but finds that Jarrod (Jemaine Clement), the object of her infatuation, is far from capable of providing it. In Boy, the title kid’s (James Rolleston) desire for a good father clouds his evaluation of the poor one he has. In Wilderpeople, Ricky Baker (Julian Dennison) finds a mother after a lifetime without one, only to suddenly lose her. Even some of the vampires in the comparatively light Shadows deal with understated loneliness. Everyone has to learn to cope with the absence of another, and how they accomplish this makes for some unexpected tearjerker scenes.

Perhaps the most charming thing about Waititi’s work is his way of celebrating awkwardness and innocence. Deep down, every character is a child, and it’s through each one’s inherent innocence that Waititi endears his characters to the viewer. Take, for example, Wilderpeople’s Ricky Baker, who the child services official assures us at the start of the film is a “bad egg.” At the onset of the film, Ricky’s silence and apparent indifference seems to confirm his bad egg status. Ricky may literally be a child, but he seems unapproachable and delinquent. He doesn’t really acts his age until his eventual birthday, when his foster mother Bella (Rima Te Wiata) sings a customized birthday song to him and he begins to sing along to it. It is a touching moment, an act that immediately exposes his innocent craving for affection. Waititi’s characters frequently engage in actions that initially appear sad and uncomfortable. But by showing how the characters are at home in their idiosyncrasies, Waititi invites the viewer to abandon any cynicism and empathize with the misfit. Lily’s brother in Eagle vs Shark does awful and hackneyed celebrity impressions, much to the enjoyment of his sister. Boy fabricates adventure stories of his convict father, Alamein, who in turn asks people to call him shogun, for little other reason than his belief that it sounds cool. Shadows’ vampire flatmates enjoy jamming together, despite an obvious lack of musical talent. These scenes throughout Waititi’s work play for humor, but the laugh is never quite at the expense of the character. His approach towards humor is the phrase “I’m laughing with you, not at you” incarnate. 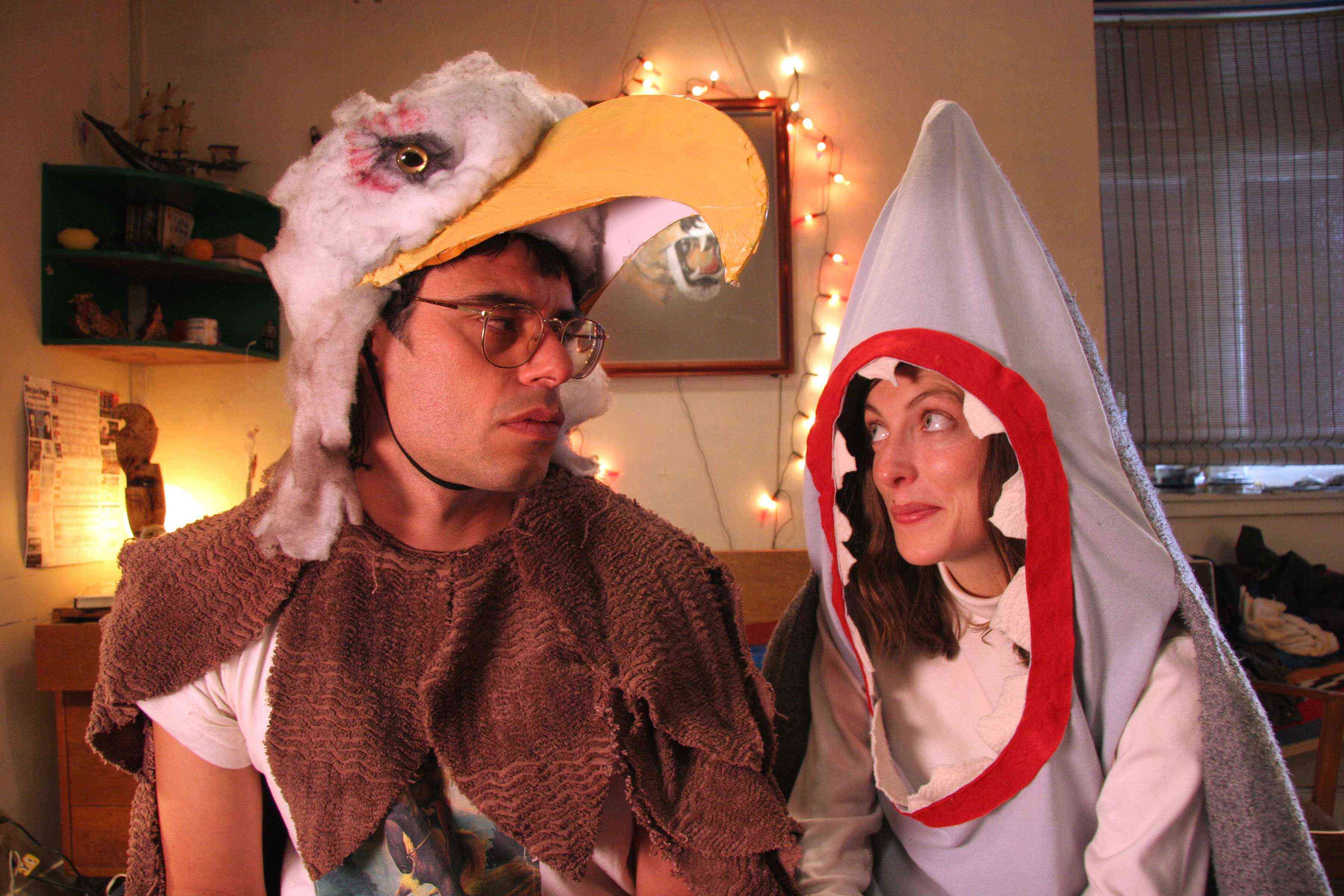 Between Waititi’s focus on the universal need of companionship and his way of exposing characters’ vulnerabilities through their quirks, he manages to construct films with far-reaching appeal in spite of their localized focus. Furthermore, each of Waititi’s films can be enjoyed on multiple levels: as a quirky comedy, as a slice of rural New Zealand culture, or as a look at coping with loneliness or longing. It’s through this commitment to tone and style that Waititi has begun to construct a solid filmography of consistent quality. It will be fascinating to see whether Thor fits comfortably into Waititi’s humorous and idiosyncratic canon.