Kenneth Lonergan’s Manchester by the Sea (2016) tells the story of Lee Chandler, a Boston-based janitor (Casey Affleck) whose life is turned upside down when his older brother (Kyle Chandler) passes away. Lee is forced to return to his hometown of Manchester to take care of his nephew (Lucas Hedges), and from there, we watch as his memories of past trauma in this beautiful seaside town unfold.

Manchester by the Sea is a portrait of family grief that explores emotional ties to place, irreparable relationships and the unexpected humor in everyday grief. On opening day of the 54th New York Film Festival, acclaimed filmmaker and playwright Kenneth Lonergan discussed writing and directing the film, which stars Casey Affleck, Lucas Hedges, and Michelle Williams.

Manchester by the Sea will be released in theaters on November 18th, 2016.

On the difference between writing for theater and for film:

When I think about what would be good to write about for a play, there’s always something that strikes me as a theatrical image or theatrical situation or setting, whether it’s medieval France or the classroom of an astronomy professor in New York City or some kid’s apartment in the Upper West Side in 1982. For the three films that I’ve done, the environment was always a crucial part of it from the beginning. That, to me, makes it cinematic. The physical environment and the world that the characters live in—exteriors, anyway—are so much better portrayed by film than theater. The theater is really good at creating interior environments. People in a room, I think, is what the theater is best at drawing you into. It’s not great at conveying outdoors except by suggestion or by inference. On Manchester by the Sea’s operatic score composed by Lesley Barber:

We tried different things against the picture and there’s sort of an instinctive feeling when it sounds right and it seems to enhance the story in some way. With this movie, I noticed that music that worked tended to be beautiful, and I think that’s because the story is very rough in spots. There’s a somewhat ethereal quality to a lot of the pieces we chose. All of the pieces that Lesley Barber composed seemed to work best. I think it might have something to do with the contrast between the surroundings and the scenery and the beauty of the area [against] the anguish of the main character’s experience.

On the complex dynamic between Casey Affleck and Michelle Williams’ characters:

[I told Michelle Williams and Casey Affleck] that I think [their characters] are both trying so hard to be nice to each other. She’s desperate to help him and to reestablish some sort of connection, but she doesn’t want to hurt him even more by doing that. He can see that she wants to do that, and he can’t, but he doesn’t want to make her feel bad for asking. They’re bumping over each other trying to take care of each other and they’re not ever going to be together again, and then they have this incredible common sorrow between them. But I didn’t provide that enormity of emotion that you see up there. [Both actors were] just very extraordinary and specific about how they were approaching each other.

On the film’s flashback structure:

I came to the flashback structure in my second pass with the script. The first pass was written chronologically and I thought it was very boring. I basically started over again at the point that I found interesting, which was [the main character’s] daily chores at the apartment complexes that he works at. Then, I just started to drop [the flashbacks] in. Right away, it felt like a much more robust way to tell the story. It then became a question of when they appear. For a while, I didn’t worry about it that much because Matt Damon was originally going to direct the film. So I thought, let him worry about where to put the flashbacks and just drop them in. He’ll fix it in the editing room. By the time the job the job of director devolved to me, they were pretty well in place, but I wanted each one to be stimulated by something that was happening in the present. 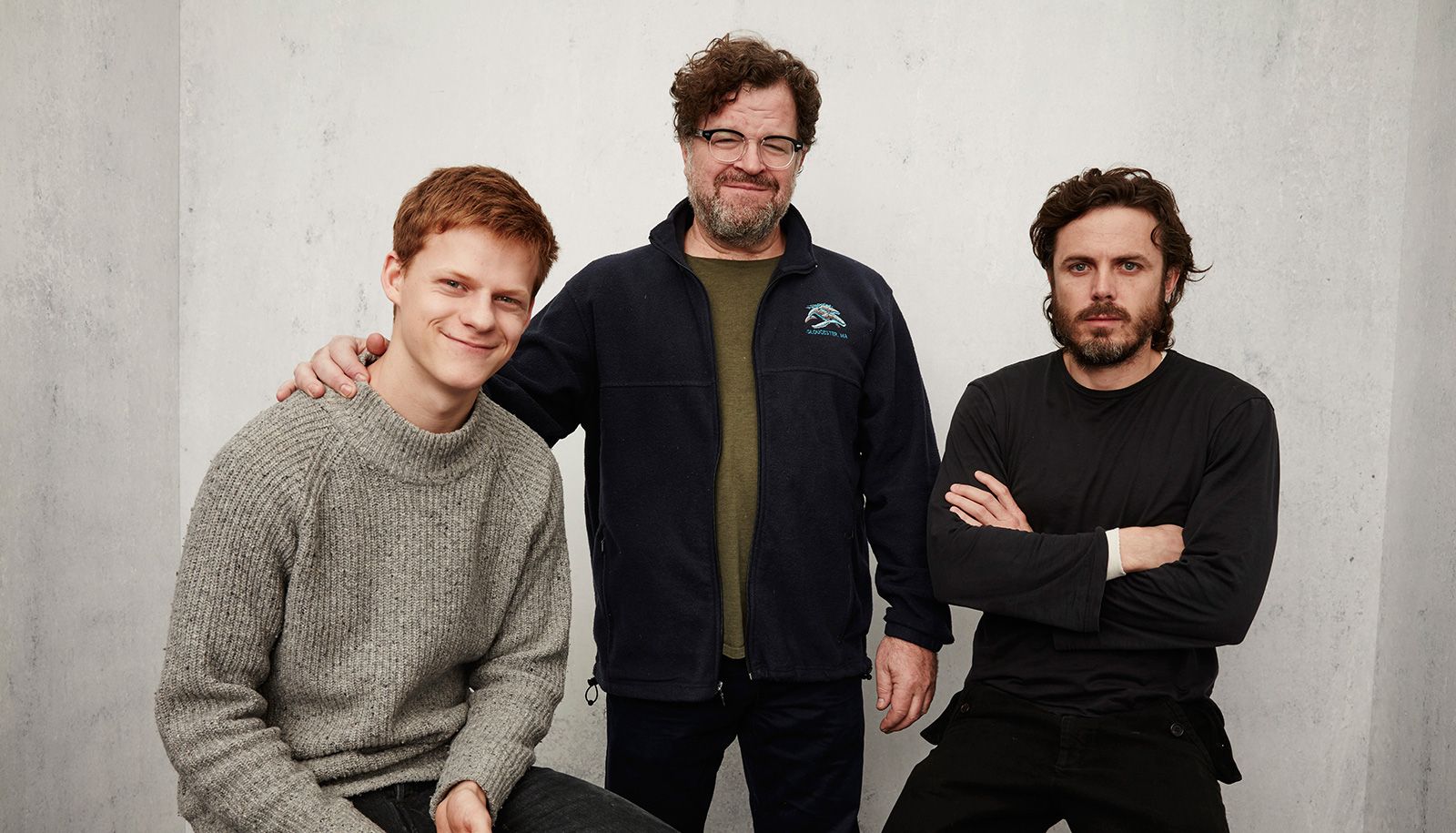 On his working relationship with Casey Affleck:

I’ve always thought that he’s a really special actor. He was in a London production of my play, This is Our Youth, in 2002. That’s when we first worked together. We worked together at some readings in New York and a little one act I did at one point downtown with Naked Angels. Initially Matt Damon was going to play the role, and the schedule just didn’t work out. He very graciously told me that he agreed to offer the role to Casey. I had never worked with him this closely or this intensely. It was one of the most satisfying, interesting experiences I’ve ever had collaborating with an actor.

[Casey Affleck] wants to know everything he can possibly know and explore every direction available. He has a somewhat obsessive and prosaic drive to understand what’s happening. He’s not picking the script apart, but asking me how I see and what I meant and what are we both trying to get at. Fairly early on he said: “Why do I thank the doctor [when he says sorry for your loss]? I don’t give a shit about him.” He makes you think about what you wrote. I said: “I think he doesn’t skip past anything. He stops and does what’s right in front of him and that’s how he gets through his day. And then when the day’s over and there’s nothing left to do, he goes out and he gets drunk and beats people up. He gets himself beat up which is more what he’s looking for.” That was kind of our pulse in terms of navigating the character—to stretch the metaphor way too far—in the ocean of the film. Michelle Williams and Casey Affleck in Manchester by the Sea

On the failure of objects in Manchester by the Sea:

I think that there’s something that is interesting when the world is not lining up for you. Even in these moments of great sorrow: the pencil falls on the floor, the doctor tries to hug you and you don’t see it so you bump into each other. Physical objects very often don’t do what you want. It’s just part of life. [This] helps to enrich the recreation of reality or the impression of emotional reality, and that is always useful. [In the scene in which] that gurney collapsed, we did two takes of that sequence. Those are the local Manchester EMS guys, and the gurney just wouldn’t fold down. I think it’s great because it’s so awful. It’s not a soap opera moment where the whole world stops and waits for [the characters] to suffer. They’re really suffering and they can’t get the thing in the ambulance. Anyway, it’s just my attempt to make it as excruciating as possible.