Italian filmmaker Luca Guadagnino’s Call Me By Your Name (2017) was showcased in the Main Slate of the 55th New York Film Festival (NYFF) at Lincoln Center. Based on André Aciman’s 2007 novel of the same name, the story follows the budding romance between 17-year-old Elio (Timothée Chalamet) and 24-year-old Oliver (Armie Hammer) during the summer of 1983 in Northern Italy.

Following the film’s screening at NYFF, director Luca Guadagnino spoke about adapting the “Proustian book” for the big screen, working with acclaimed Thai cinematographer Sayombhu Mukdeeprom and American musician Sufjan Stevens, and avoiding clichés – from the poofy shoulders and voluminous hair of the 80s to the narrative trappings of coming-of-age films.

I always found myself restless as an audience member toward coming-of-age [films] that are hinging and basically relying on clichés. But there was one that was very dear to me: À Nos Amours (1983) by Maurice Pialat. What’s great about Pialat’s cinema is the capacity he’s always had to avoid the traps of a narrative and to be at the center of his characters. I wanted to tell the story from the perspective of someone like Pialat instead of [following the structure] of a three-act script.

[André Aciman’s Call Me By Your Name] is a sort of a Proustian book about remembering the past and indulging in the melancholy of lost things. It’s beautiful, but at the same time, I felt that a movie in the present would be much more efficient at putting the audience in the shoes of these characters. I personally dislike the idea of voiceover – having your main character telling the story retrospectively – because in a way, it kills the surprise. I like in cinema when you have an omniscient narrator; that is something that fascinates me a lot. In a way, the narrator became Sufjan Stevens with his new songs.

On working with cinematographer Sayombhu Mukdeeprom:

[This was my second collaboration with Sayombhu]. He made a movie that I produced called Antonia. (2015) by Ferdinando Cito Filomarino. His capacity for creating an atmosphere and at the same understanding the characters was so astonishing. I had to beg Ferdinando to allow me to approach Sayombhu [for Call Me By Your Name] and he said okay, go ahead.

We wanted to have this kind of scorching summer heat in the film, but the process was plagued by heavy rains for almost the entirety of the shoot. [Sayombhu] created the light completely artificially. He recreated Lombardian summer light from his perspective. 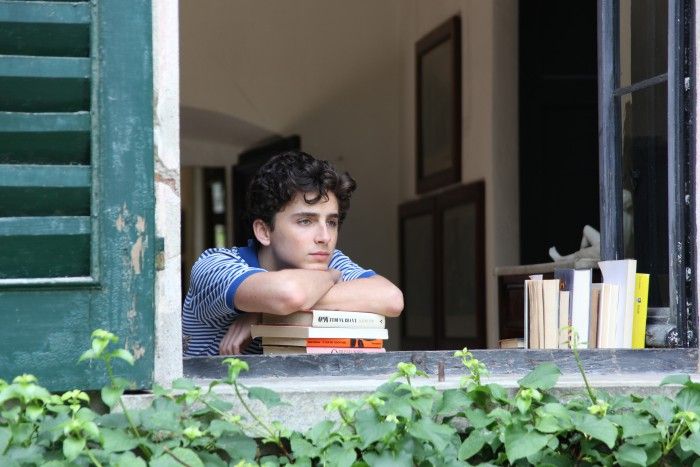 On utilizing music to connect the audience to the protagonist:

Elio (Timothée Chalamet) is a young pianist in the making who may become a genius pianist. He plays and likes to transcribe music and adapt pieces for piano. We wanted to be very close to Elio, so we didn’t want to [use] music as commentary on the images, but as something that could have come from Elio himself. We thought of being consistent with the period of time (1983), the American-French-Italian family, the level of their education, and the kind of canon they would have been a part of. We went from the early 20th century classics of Ravel and Debussy that in a way represent the curiosity Elio himself embodies, to the most aggressive minimalism of John Adams. We also researched the sound of the summer: what was playing on the radio, on the TV.

On working with Sufjan Stevens:

I wanted to have a sort of narrator that could have [done the book justice], and I found that Sufjan’s lyricism – in the music, the voice, the lyrics themselves – had beautiful elusiveness and poignancy that really resonated. He’s an artist who’s very private and reserved. It was quite a challenge to see if he wanted to play with us. When he eventually did say yes, his tools were the script, the book, our conversation about the characters, and his own sources of inspiration. I wanted one song and he gave us two: “Visions of Gideon,” which closes the movie, and “Mystery of Love.” We also asked him to remake [his song] “Futile Devices” with piano, to be close to Elio. 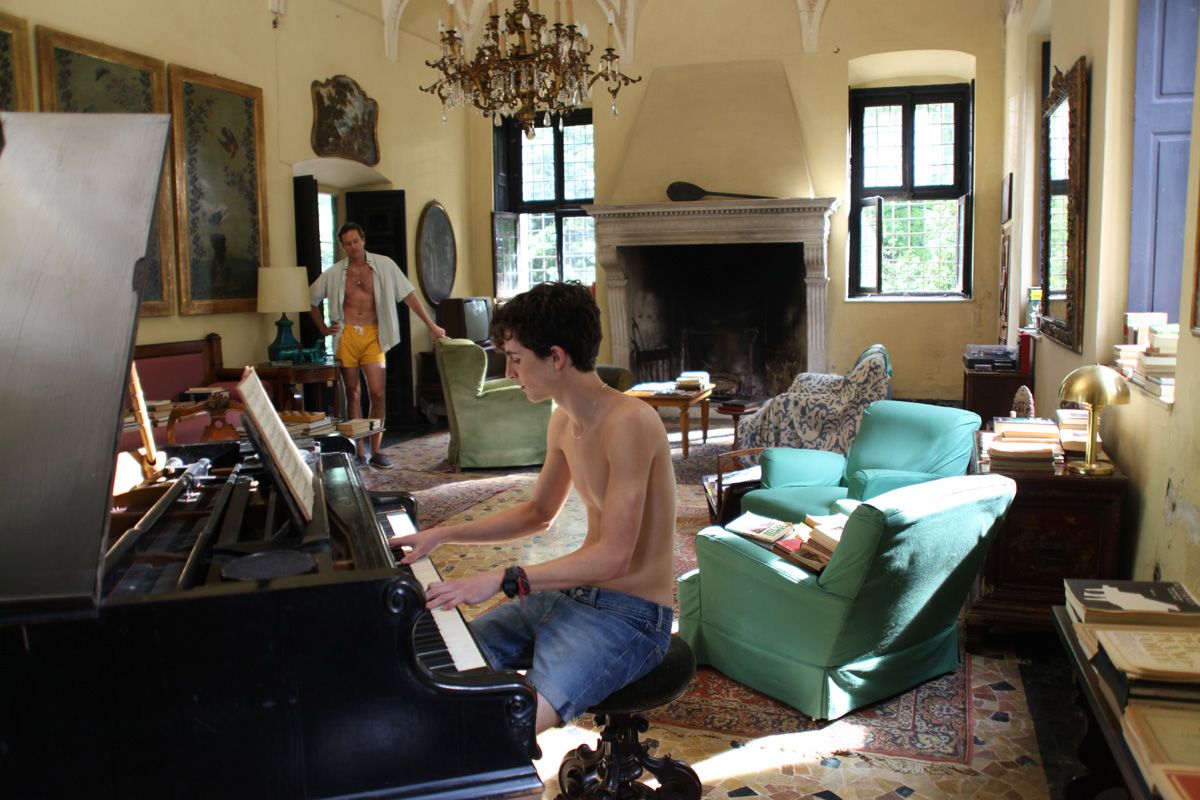 On avoiding the costume clichés of period films:

It was very important to us that movie not look [like a period piece] or a reflection of the 80s. It’s very difficult to resist the temptation of thinking of a period from our perspective. For instance, in the masterpiece of all time that is 2001: A Space Odyssey (1968), we can’t deny the fact that there is a lot of 60s futuristic fashion in the way Kubrick and his team put together the idea of 2001. And I respect and like that. Another way of [approaching] costume design that is striking and astonishing is what Milena Canonero did with Dick Tracy. The idea of the cartoon 40s and Hollywood was fantastic.

What I prefer to do myself is to reconstruct something that is not anymore, [trying] to be close to what it was. We did a lot of research. Crema is a very small village, so we [were able] to enter people’s houses and they gave us pictures of their 80s. We discovered a lot. Not all of the ladies had big shoulders; not all of the ladies had big hair. This is something that has become a sort of canon of 80s representation, but that’s not exactly what it was. The Maurice Pialat film [À Nos Amours] was also a great guide because that’s a 1983 film. 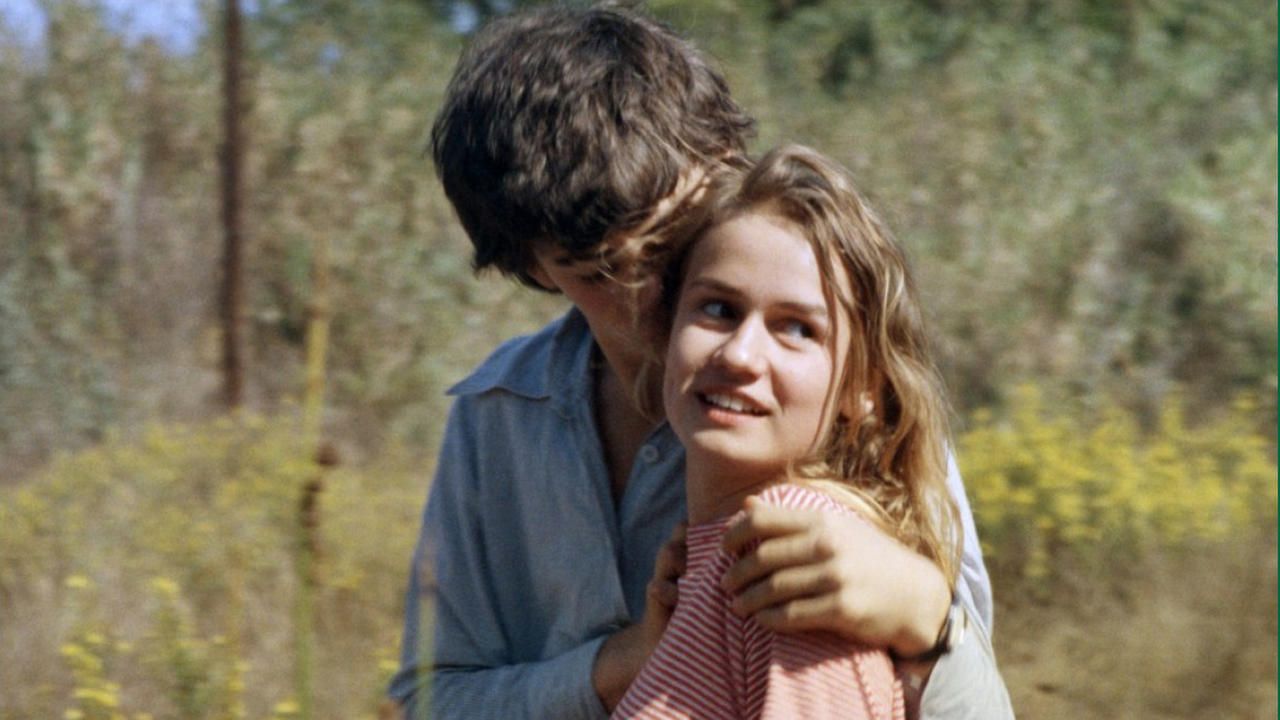 On the significance of characters’ injuries in the film:

I’m a very shy person when it comes to talking about significance in my films and I think it’s a sin for any director to try to explain what he or she wants to do. To be coy, I would say the kid is all over the place – he falls, he bleeds. Many years ago I read a book by Françoise Dolto, in which she said the body of an adolescent is a body in the making. The body of an adolescent is really going everywhere and the person doesn’t know where it’s going.

I met Timothée while I was still producing the film. I felt immediately that he had the ambition, the intelligence, the sensitivity, the naivety, and the artistry to be Elio. I fell for him and for Armie, the same. I saw him in The Social Network (2010) and then I followed his movies. I found that he was fantastic in The Lone Ranger (2013). The portrait he made of J. Edgar Hoover in J. Edgar (2011) was beautiful. I would say I found two men [capable] of playing roles that show fragility, and I think that’s important. I don’t do chemistry tests; I don’t do auditions. I felt I was cool with them, so I thought, arrogantly enough, that they’d be cool with one another.

On his favorite love stories in film:
I would say three movies. One is Vertigo (1958) by Alfred Hitchcock, which is [about] the morbidity of love. The second is L’Atalante (1934) by Jean Vigo, and the third one is Voyage to Italy (1955) by Roberto Rossellini. Those are the three that are coming to my mind right now.