Is “Me Before You” offensive to people who are disabled?

Quick Answer: Me Before You (2016), the film adaptation of Jojo Moyes’s best-selling novel, tries to sensitively capture one possible “right to die” scenario. But the way that it treats the character Will Traynor’s decision and the way that it depicts this decision’s aftermath has left a sour taste in the mouths of disability activists. This coupled with the fact that this film shows no alternative, positive models of life with a disability amounts to the film having a lamentable, if unintended, message: that you can “live boldly” so long as you are able-bodied.

Jojo Moyes, author of the original novel Me Before You and screenwriter of the 2016 film of the same name, probably expected a lot of attention for her film. The novel was a best seller, guaranteeing that the cinematic adaptation was poised to capture the hearts and movie ticket money of the Nicholas Sparks coalition. On top of that, the film was starring actors from some of the hottest franchises around, such as Emilia Clarke and Charles Dance from Game of Thrones (2011 - ), Sam Claflin from the last three installments of The Hunger Games series (2013, 2014, and 2015), Matthew Lewis from the Harry Potter films (2001 – 2011), and Jenna Coleman from seasons 7 – 9 of Doctor Who (1963 - ). What Moyes probably didn’t expect was #MeBeforeEuthanasia.

Me Before You tells the story of Louisa “Lou” Clark who finds a job as the caretaker for Will Traynor, a wealthy playboy and successful businessman who became paraplegic two years ago in a tragic collision. Lou soon finds out that her unofficial job is to convince Will, who has decided to go to Switzerland in six months to carry out an assisted suicide, to live. (Spoiler alert: she doesn’t succeed.) But though she doesn’t convince Will to continue living, while caring for and falling in love with Will, Lou realizes that she herself has been holding herself back from fully living her life. Through the experience, she unlocks a future of possibilities. 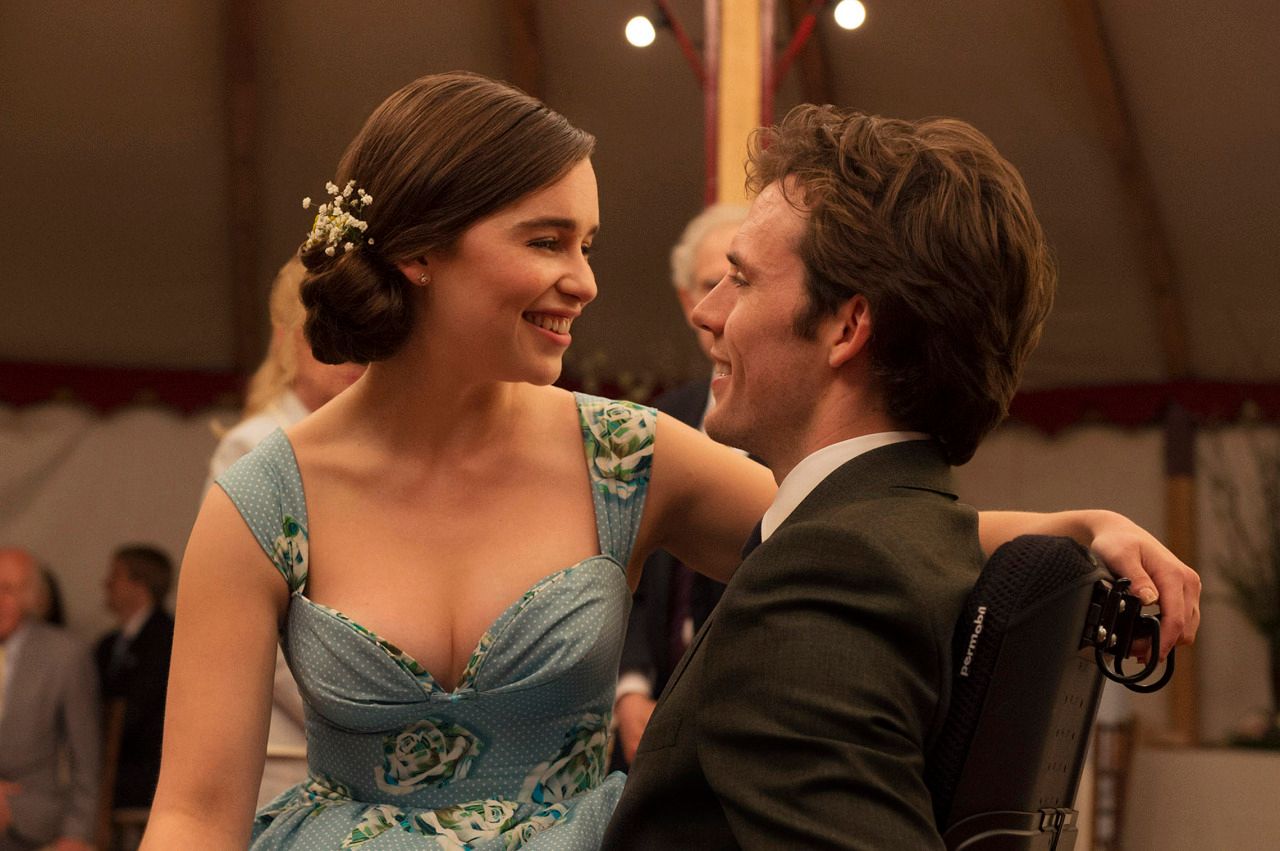 Emilia Clarke and Sam Claflin in Me Before You (2016)

Regardless of director Thea Sharrock’s intentions for the film to “stick to the universal theme of the simple and yet wonderful way these people fall in love,” the film has elicited a visceral reaction from disability activist communities. Members of the group Not Dead Yet, who have advocated against proposed laws that would permit assisted suicide, protested the film at its premiere. The hashtag used to promote the film, #LiveBoldly, has been turned on its head by people on Twitter who believe that the film teaches that you can live boldly only so long as you are able-bodied. And a particularly clever and stinging new hashtag, #MeBeforeEuthanasia, is also calling out the “disability snuff film.”

Activists are especially angered that the story does not show Will post-accident as being anything more than his disability. Will’s life before the accident was a whirlwind – he made cutthroat business deals, played extreme sports, dated beautiful women. But when Louisa begins working with him two years later, his life has narrowed down to listening to loud, angry music in the annex of his parent’s home that has been converted to be wheelchair-accessible. Although he clearly has the financial means to do things with his life that many able-bodied people could not even dream of – his family owns a castle, for crying out loud! – he is uninterested in any life except for the one he previously lived. 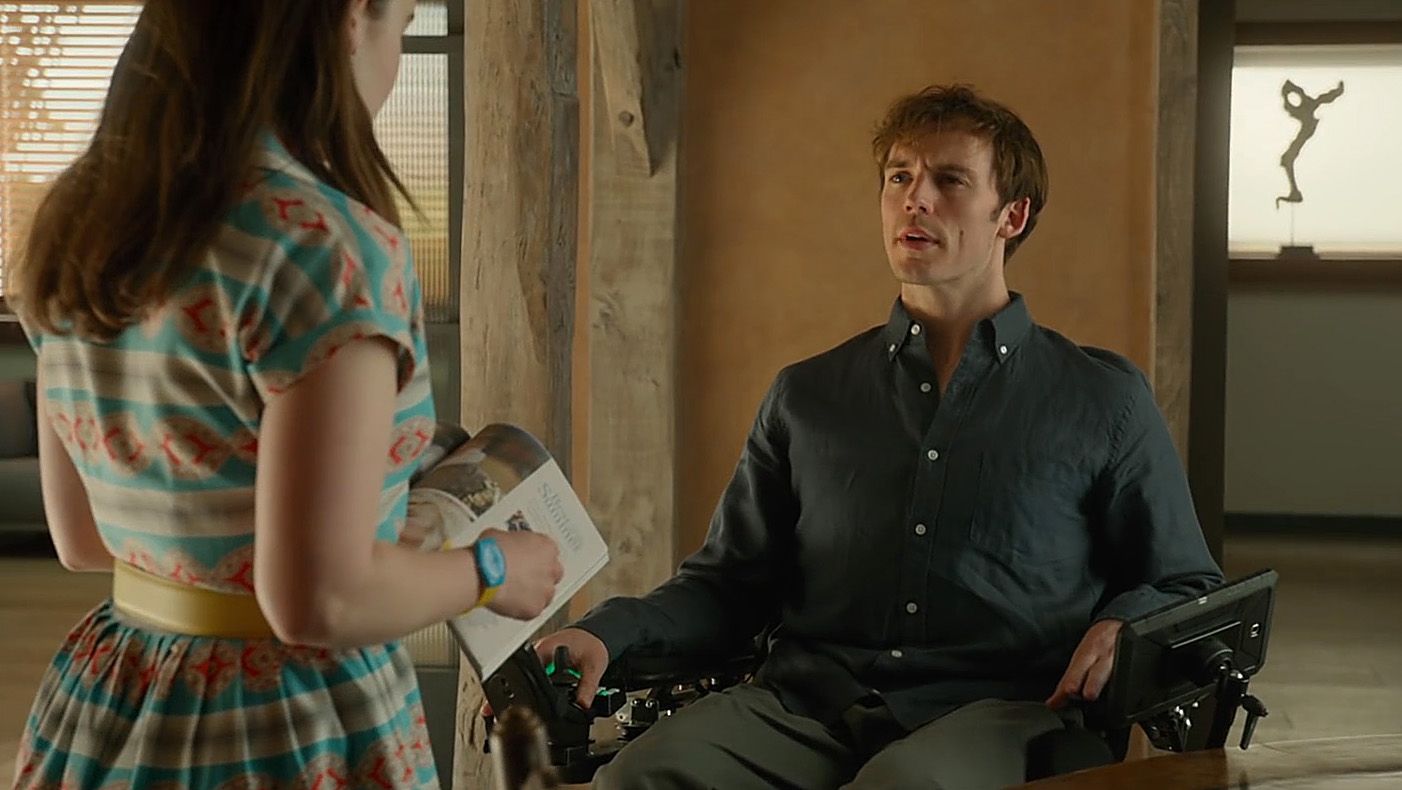 Emilia Clarke and Sam Claflin in Me Before You (2016)

Me Before You is not the only film in recent years to handle the question of the right to die. Third Star (2010) follows James (Benedict Cumberbatch), a terminally ill young man who goes on one last camping trip with his best friends before he becomes too sick to do so. (Funnily enough this trip is to Barafundle Bay on the coast of Pembrokeshire, the same county in Wales where Me Before You was shot.) However (more spoilers abound), James’s friends learn that he had no intention of coming home from this trip. James asks for their help so that he may drown himself and take back control by ending his life before its already inevitable end. His friends initially refuse, but after losing James’s morphine supply and witnessing the extent of the pain that he is living with, they acquiesce to his wishes.

While there are a few key differences between Will’s and James’s situations, the most notable is that James is terminally ill, whereas Will is not. Make no mistake — this is a large difference. In the United States, medical aid in dying, which is only for terminally ill patients, is currently legal in five states, (California will become the sixth state on June 9th,) whereas euthanasia for people who are not dying is illegal nationwide. James’s friends know that he is only going to get worse, and quickly at that. They respect the fact that he does not want to live the short amount of life that he has left withering under debilitating pain. As we learn from Nathan, who cares for Will’s physical needs, Will is often in pain and tries to hide it from Lou (thus hiding it from the audience too). He also frequently becomes very ill as a result of his disability, but he can live. After six months with Louisa, he even admits, “I get that this could be a good life, but it’s not my life.” 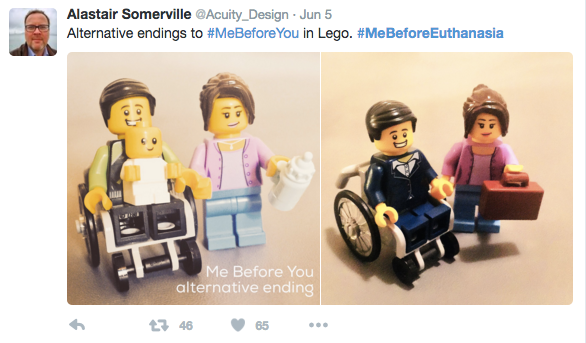 It is not necessarily Will’s choice itself but the lack of presented possibilities that is angering audiences. By examining only a singular case without bringing in a broader context to highlight this story’s specificity, Me Before You paints a disabled life as one that is not worth living. Whereas the book at least briefly features Lou going on message boards and talking to other people with paraplegia, including some who are happy with their lives, the movie only shows Will’s singular situation. And the implications of showing this situation as the only situation, without even a more hopeful foil, could be detrimental for people currently struggling with severe disabilities. Did Will’s parents help him receive adequate mental health care after he began to express a desire to end his life, or did they figure that hiring a “chatty” girl who wears colorful sweaters was enough? And since most people who are disabled do not even have the financial means and luxury afforded to Will, does that mean that their lives are even less worth it?

Will states that he “can’t be the sort of man who accepts this,” with “this” referring to his current state of life. Will as a character is headstrong and stubborn in his convictions, in a way that almost makes his choice seem noble, instead of painting the decision as a deeply personal and individual situation. Moreover, the audience never gets to see the painful result of that decision. Will’s last scene shows him embracing Lou in the assisted suicide facility in Switzerland, then asking her to go and get his parents. The full gravity of his situation is dissipated because its consequences are haphazardly brushed aside. 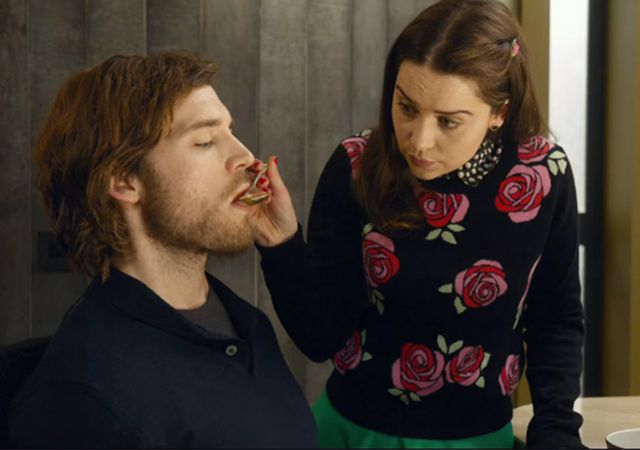 Sam Claflin and Emilia Clarke in Me Before You (2016)

The next scene that we see after Will’s implied death is Lou in Paris, reading a note from Will. Speaking about the film to The Guardian, Sharrock states, “By the end, the question becomes: who is it who saves who?” This reveals another glaring issue with the film’s treatment of disability: Will’s disability and death are treated as tools to improve Lou’s life. Will’s letter tells Lou that he has left her enough money to go and live her own life. Now she is not tied down by financial woes, the way that Will was by his disability. She has a fresh start because of his end.

In this way, Me Before You is not that different than Fifty Shades of Grey (2015) or Twilight (2008): A handsome, impossibly wealthy man is cold towards a young woman before being taken in by her impossibly ordinary charm. But once he falls, he falls hard, and alters her life for the better. The only difference is that this time our brooding Mr. Rochester-esque male lead is in a wheelchair, and the happy couple does not stay happy for long. By attaching a serious issue to a popular romantic fantasy trope, Moyes probably hoped to make it more accessible and palatable for the audience. But Will was molded to fulfill the requirements of a role, and his disability is given a similar one-dimensional treatment.

The right to die is a serious issue that is well beyond the scope of a weepy romantic drama. According to Emilia Clarke, “We were very careful with how we wanted to present things. And we are showing a situation, we are not showing an opinion.” Moyes also echoed this sentiment, telling the Irish Times that she hopes “what the story does, whether it’s the book or film, is make people think twice before judging other people’s choices.” But by making Will seem as if he had no choice, and by adding to the exhaustive list of films that make people with a disability seem worthy of pity and patronization while there are still so few that depict people with a disability thriving, Me Before You does not make people think twice – it tries to cut off the conversation entirely.