In “Finding Dory,” how accurate is the portrayal of disability?

Quick Answer: Considering her symptoms, Dory most likely has anterograde amnesia, meaning she is unable to form and retain new memories. Anterograde amnesia is usually caused by severe head trauma, but Finding Dory reveals that Dory has been affected by this disability since she was very young. Although in reality it is highly unlikely that someone would be born with anterograde amnesia, Finding Dory accurately portrays the everyday challenges of an amnesiac, the frustration felt by those around her, and the understanding and support needed to aid her recovery. Strikingly, Dory’s disability does not prevent her from being optimistic and determined and pursuing complex goals.

Finding Dory (2016), the long-awaited sequel to 2003’s Finding Nemo, puts the spotlight on the adorable and memorable blue tang fish, Dory (Ellen DeGeneres). Echoing the popular misconception that a goldfish has a memory span of three seconds, Dory is affected by short-term memory loss. Originally Marlin’s (Albert Brooks) sidekick in Finding Nemo, Dory’s quirky personality and disability are often used as a source of comedic relief in the original movie. We are meant to laugh at how Dory forgets Nemo’s name (and calls him by choice names such as Chico, Bingo, and Fabio) and how her inability to focus on the task at hand often leads to hijinks. However, Finding Dory puts Dory’s disability at the forefront. No longer are we encouraged to laugh at Dory’s forgetfulness; instead, we see her insecurities and begin to sympathize with her as we see the world through Dory’s eyes. 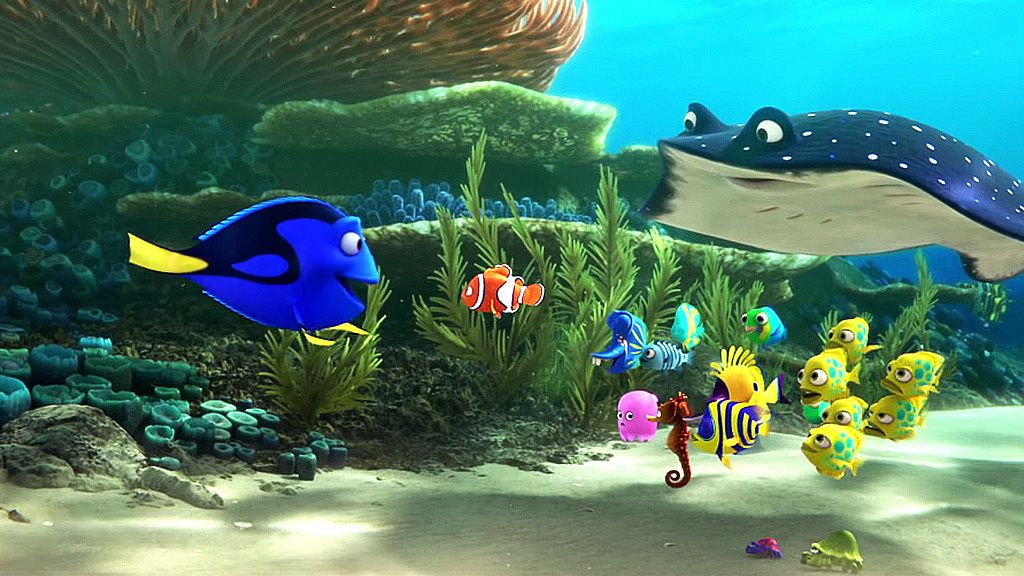 Through flashbacks to her childhood, we see Dory struggle to remember and concentrate as her parents try to teach her basic life skills. While her parents are caring and supportive, they live in a constant state of fear that their daughter won’t be able to survive when she grows up. Aware of her disability, a scared Dory asks her parents, “What if I forget you? Would you ever forget me?” Though Dory is often seen as a cheery and ditzy fish, she learns at a young age that her memory problems are a constant source of worry and frustration for others.

The neuropsychological studies of HM partially inspired one of the most iconic and accurate representations of anterograde amnesia in film: Christopher Nolan’s Memento (2000). In the film, Leonard (Guy Pearce) is involved in a brutal attack that leaves him amnesic and unable to remember his wife’s murder. In order to find his wife’s killer, Leonard controls his memory deficiencies by recording new information on photographs and notes. Clinical neuropsychologist Sallie Baxendale applauded Memento’s accuracy and said, “Unlike in most films in this genre, this amnesiac character retains his identity, has little retrograde amnesia, and shows several of the severe everyday memory difficulties associated with the disorder.” Baxendale also gave a special mention to Finding Nemo, though she admits that the cause of Dory’s amnesia is unclear. 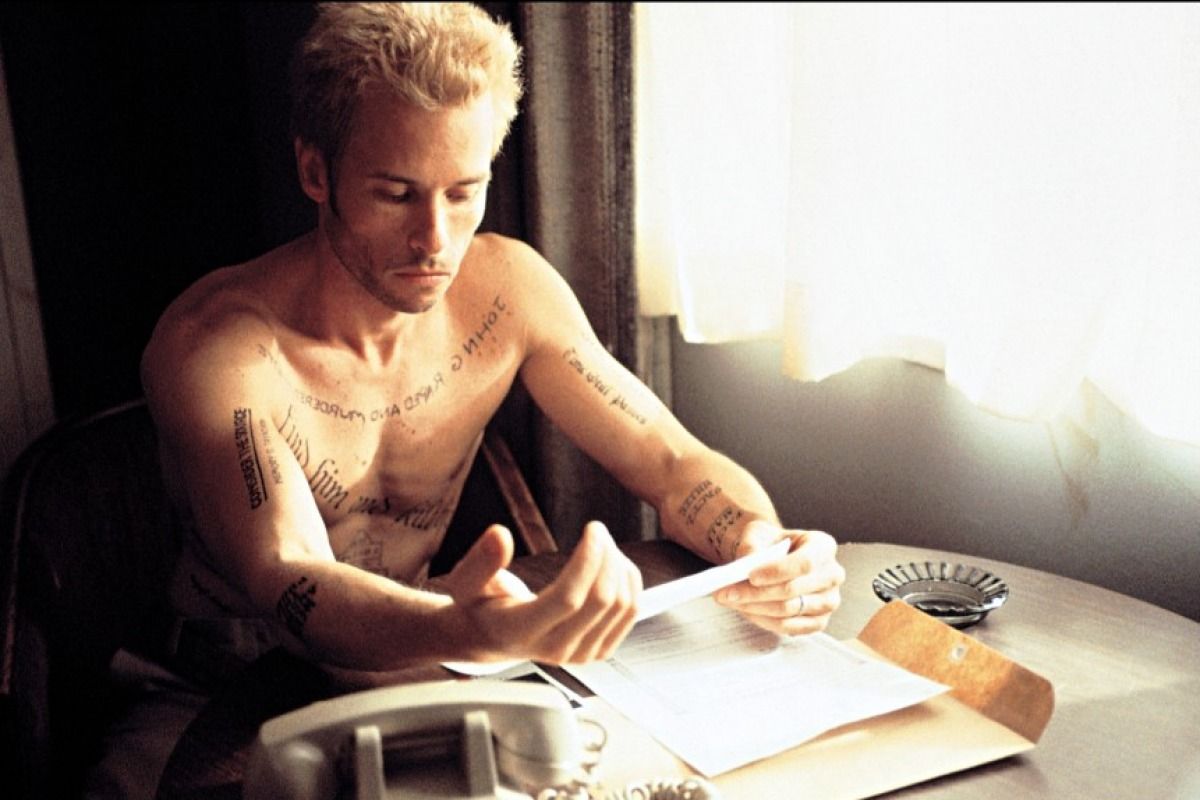 Guy Pearce as Leonard in Memento

While Leonard and HM were afflicted with anterograde amnesia due to severe head trauma, Dory says that short-term memory loss runs in her family (or at least, she thinks so). Although a hereditary cause for this amnesia is highly unusual and unlikely, Dory’s symptoms and experiences do match with those typical of anterograde amnesia. She forgets events that recently happen to her due to the failure of her explicit memory. Yet she remembers habitual actions and skills, such as reading English, because her implicit memory is unaffected by her condition.

Though Memento accurately portrays the symptoms of anterograde amnesia, Finding Dory successfully captures not only the hardships experienced by the amnesiac but also the difficulty for others to understand the condition. At the onset of Finding Dory, Dory is inspired to search for her absent parents at the Jewel of Morro Bay. Although Marlin has doubts that Dory will succeed, he agrees to help her with her search. When Dory, Marlin, and Nemo reach the supposed location of Dory’s parents, they are attacked by a giant squid that nearly hurts Nemo. Angered by what just happened, Marlin blames Dory for the attack and tells her, “Go wait over there and forget. It’s what you do best.” Feeling guilty, Dory swims off only to be immediately captured and “rescued” by a pair of aquarium workers. As Marlin and Nemo search for Dory, Nemo tells his father, “She’s not coming back. You made her feel like she couldn’t do it.” Marlin and Nemo represent the opposite ways people tend to react to those with disabilities: frustration versus support. While Marlin is often impatient with Dory’s powerlessness to remember and take care of herself, Nemo supports her and accepts that Dory has a different way of handling scenarios due to her disability. Like others living with any disability, people with anterograde amnesia need a supportive group of friends and family to aid in recovery. 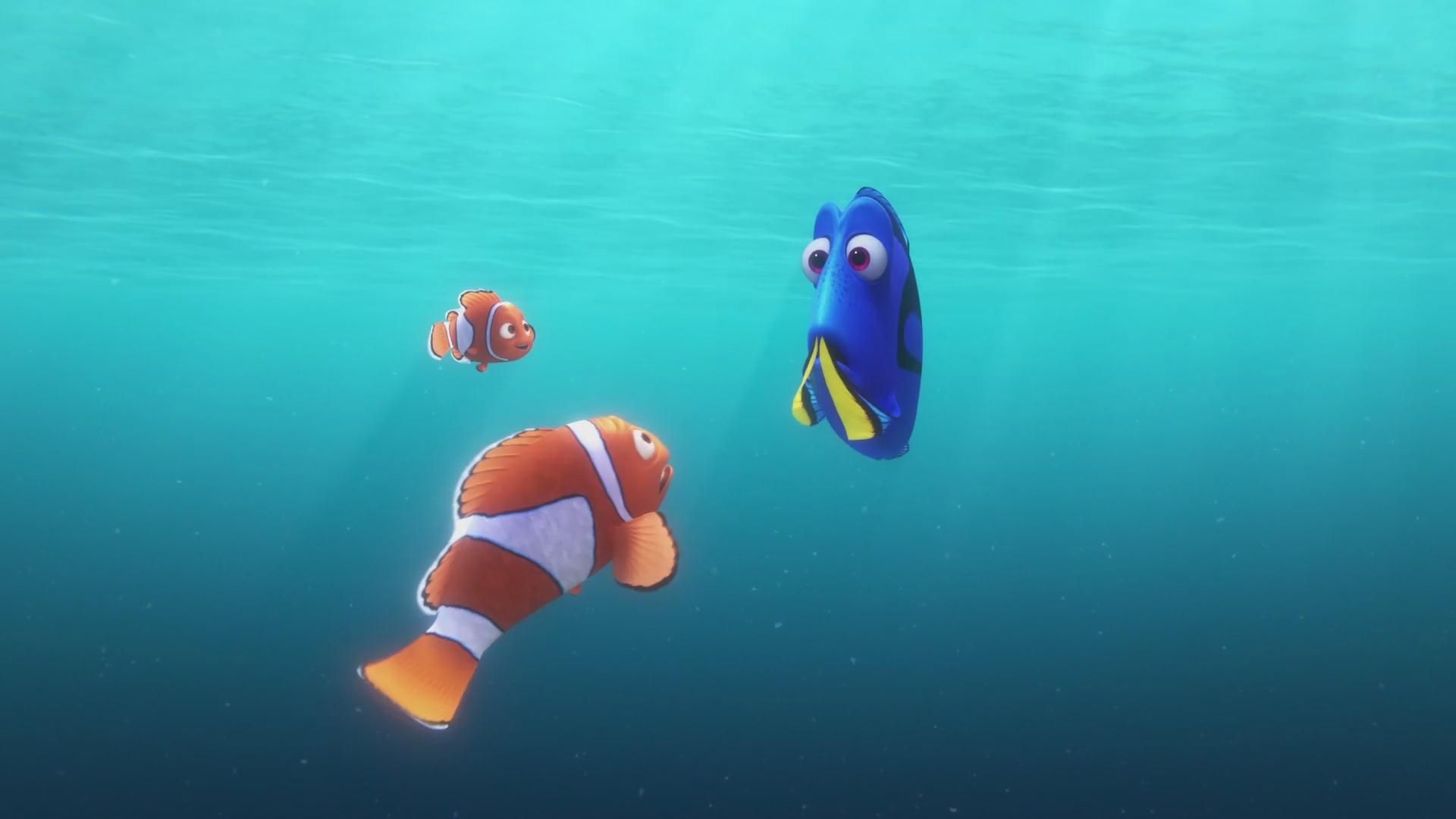 Notably, Dory’s disability doesn’t prevent her from being optimistic and determined. With understanding and support, Dory is able to do much more than the typical fish. Throughout her journey, Dory comes across a number of other sea creatures who are self-conscious about their own disabilities, including Hank (Ed O’Neill), a seven-legged octopus, Destiny (Kaitlin Olson), a nearsighted whale shark, and Bailey (Ty Burrell), a beluga whale who lost his ability to echolocate. However, Dory’s optimism is infectious; she’s able to inspire everyone to overcome their insecurities in order to find their own strengths. Finding Dory shows that whether you’re a blue tang fish with amnesia or a nearsighted whale shark, our differences don’t need to stop us from being happy, especially with the support of others.