Does “Fresh Off the Boat” rely on Asian American stereotypes?

Quick Answer: Since ABC picked up Eddie Huang’s Fresh Off the Boat, audience reception of the Asian American characters has been mixed. While some praise the show, other viewers claim that it features a caricatured depiction of Jessica Huang (Constance Wu) as a “tiger mom.” In spite of this, Huang and the show’s cast vigilantly defend the show against accusations of racial stereotyping. Huang argues that Asian Americans are the only people that can decide what they find offensive or stereotypical. In Huang’s own words, “Don’t tell me what needs to be offensive to me.”

Based on the memoir of the same name, the ABC series Fresh Off the Boat (2015 - ) first aired on February 4, 2015. Author Eddie Huang consulted during the show’s development and served as a producer and narrator for the show’s first season. Both the book and the series portray Huang’s experience as a second generation Asian American immigrant assimilating into American culture. The sitcom focuses specifically on the family’s transition from a close knit Asian American community in Washington, D.C., to the predominantly white suburbs of Orlando. The show is the first major network show in over 20 years to feature a principal cast primarily comprised of Asian American actors. 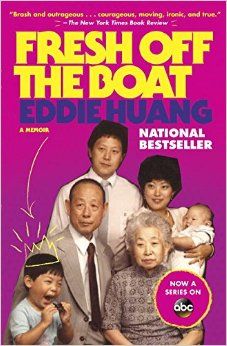 Before the show even debuted, the promise of Asian Americans being portrayed on network television roused conflicting opinions. Critics and viewers praised the show for not presenting generic, stereotypical Asian American characters. Others watched the same episodes and cried foul at what they considered an abundance of caricatures. Many debated the racist tones of the show’s title, while Huang defended the choices and claimed people need to be allowed to define themselves and their experiences.

Interestingly, though, after the pilot aired, Huang took a quite public and vocal stance against the show but for different reasons. In an article for New York Magazine, Huang accused the show’s creators of whitewashing his family and life story. He ended the self-penned rebuttal of the show by acknowledging how important the show’s existence is to the Asian American community, despite its inability to go further due to the constraints of the network TV system.

While Huang clearly has a complicated relationship with the show, Huang as well as the cast vigilantly defend the show against accusations of stereotyping and racism. What we can ultimately glean from these accusations is that identity and representation are complex, and not everyone has equal authority to make claims about what is or is not offensive. Moreover, the question of whether a certain representation should be deemed offensive is not always met with an easy and decisive answer, as there can be many layers to how we interact with stereotypes. 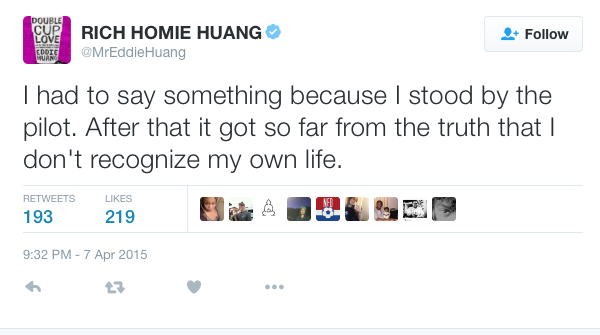 One of Fresh Off the Boat‘s chief criticisms is Jessica Huang’s (Constance Wu) representation as an Asian “tiger mom.” The episode “Home Sweet Home-School” (S1E2) is a useful lens through which to explore this specific accusation. The term “tiger mom”—a neologism used to describe a disciplinarian, academically rigorous method of childrearing— entered the zeitgeist in 2011 when Amy Chua published her book “Battle Hymn of the Tiger Mother.” In the episode, Jessica fears the public school system is not challenging her sons enough and, as such, is rewarding them for mediocre academic performances. After unsuccessfully confronting their teachers, Jessica takes it upon herself to homeschool her sons.

In an interview with Jezebel, Constance Wu argues that stereotypes are not always negative, and anyone can exhibit stereotypical behavoir. Wu illustrates this by striking down accusations that the show relies heavily on stereotypical tropes. She reminds us as viewers that avoiding stereotypes can be counterproductive, especially since the traits associated with “tiger-moms” are important to her role. Wu states that the real Jessica Huang has favorable opinions about the television character, but she generally doesn’t care what people think about her. While some viewers may not be able to separate Fresh Off the Boat from the tiger mom stereotype, others realize that Jessica Huang’s unapologetic confidence is the true message. Critiques of the “tiger mom” trope ignore how brilliantly Constance Wu captures the spirit and confidence of the real Jessica Huang.

One of the successes of “Home Sweet Home-School” is its commitment to depict a truly devoted mother while self-referentially poking fun at the “tiger-mom” trope. Stereotypes are most harmful when they are used against or at the expense of a particular group, and this is something that the Fresh Off the Boat team recognizes. Huang and the creators defend their choices by pointing out that the show draws from the inherent humor that comes from culture clashes, but it never makes cultural difference the butt of the joke.

In many respects, Fresh Off the Boat follows conventional family sitcom story arcs: the family confronts a problem and then, through their characters’ individual approaches and humor, manages to overcome it. For Fresh Off the Boat, being Asian American allows the Huangs to apply specific experiences to family-centric conflicts. In “Home Sweet Home-School,” Jessica Huang’s experience as an Asian American immigrant informs her understanding of the problem as well as how to fix it. The episode does not paint her as a cold, unlikable “tiger-mom,” but rather captures her devotion and willingness to do whatever she can for her family. True to sitcom form, both she and the viewers find humor along the way. 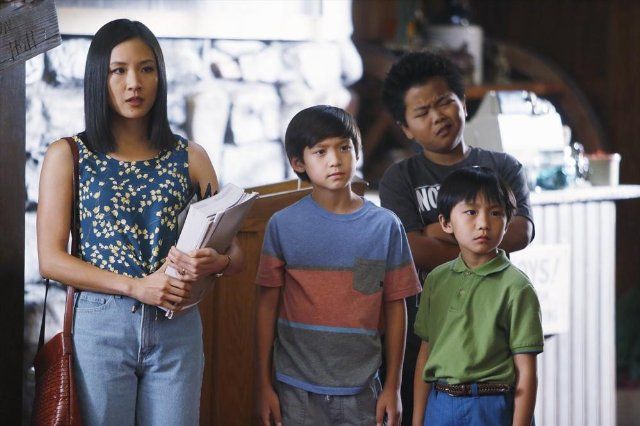 For those who remain critical of the show’s approach to racial stereotypes, Constance Wu provides an eloquent defense. She articulates that those best equipped for improving Asian American representation in American culture are Asian Americans. This show is based on the memoir of a second generation Taiwanese immigrant, the executive producer is a Chinese American, and a Persian American wrote the pilot. This makes for a show that creates an honest look at the Asian American assimilation experience. Furthermore, those involved with the show acknowledge and accept their responsibility to the Asian American community. In researching this piece, I learned a valuable lesson. Eddie Huang reminded me that, ultimately, Asian Americans get the final say in what offends them or what they consider a stereotypical representation. That is a lesson more people need to learn: unless you are part of a culture, you have little authority over the representation of its collective identity. In closing, I’ll leave you with Eddie Huang’s own words on race and identity: “Don’t tell me what needs to be offensive to me.”