Can the Protagonist of “Daredevil” Really “See” While Blind?

In Netflix’s original series Daredevil, we learn that main character Matt Murdock (Charlie Cox), while technically blind, does have a form of perception that’s described as looking like the “world on fire.” This is more than a metaphor to complement Murdock’s crime-fighting “Devil of Hell’s Kitchen” and “Daredevil” nicknames. This is a graphic description of what Murdock, having lost use of his eyes as a child, sees.

Could a blind man “see” visuals of the world around him? Is there a scientific basis for this?

In short, yes. As counterintuitive as it may seem, sight doesn’t happen in the eye - it happens in the mind. Working eyes covert light to electrical impulses; then these signals are sent to the brain, which creates an image. But this sensory information does not have to be delivered by the eyes. The brain is extraordinarily adaptable; if a person’s eyes aren’t sending information, the brain can find other ways to put together a mental picture. (For example: this device facilitates limited sight by sending images to a blind person’s tongue.)

When someone loses an ability, like vision, that ability no longer makes use of the brain. The brain can consider this a creation of available real estate into which other abilities may expand. This can be part of the reason why a blind person may develop more brain power devoted to other senses. A second neurological factor is myelination, which is the layering of insulation around nerves, making their communications stronger and faster. Myelin builds through mental repetition. The more one does something, struggles with it, and practices, the more facility one can get. Without brain space devoted to the optic nerve, and with considerable incentive to hone new ways to experience the world, much is possible. Consider Daniel Kish (blind at thirteen months old); over the years, with practice, Kish has taught himself to use “flash sonar” to get a picture of the world. He does this largely by clicking his tongue.

After completing an inspirational TED talk, Kish was asked what senses he has that normal people don’t. 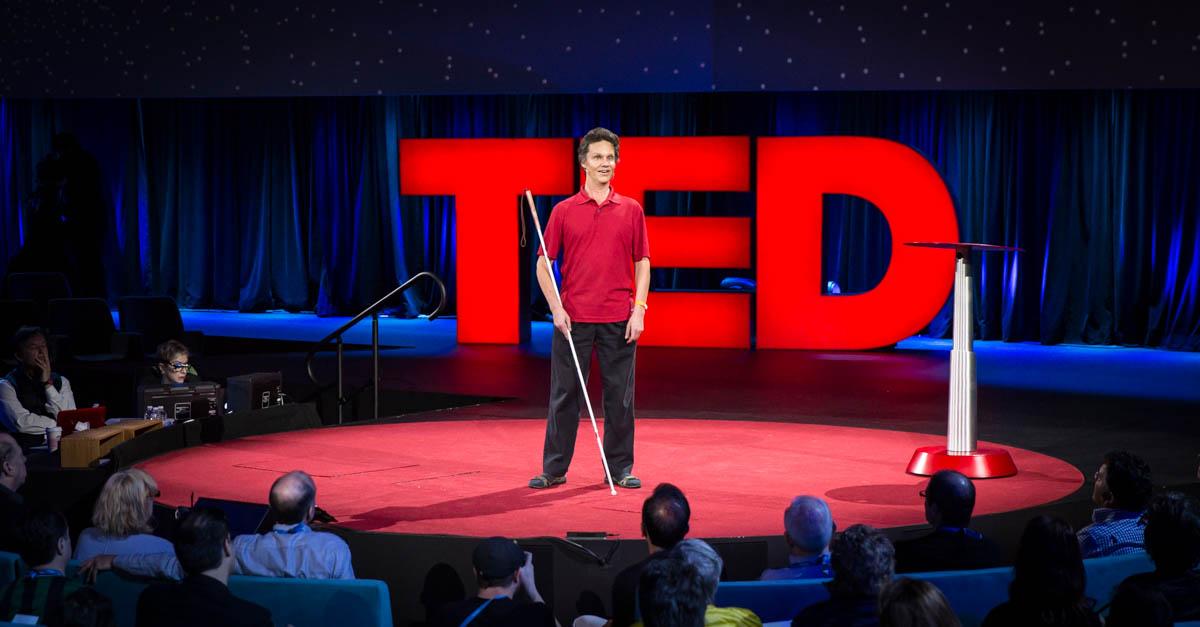 His response: “Three hundred and sixty-degree view, so my sonar works about as well behind me as it does in front of me. It works around corners. It works through surfaces. Generally, it’s kind of a fuzzy three-dimensional geometry. One of my students, who has now become an instructor, when he lost his vision, after a few months he was sitting in his three story house and he realized that he could hear everything going on throughout the house: conversations, people in the kitchen, people in the bathroom, several floors away, several walls away. He said it was something like having x-ray vision.”

To some people, those are superpowers.