A Film for Every Holiday: Celebration of Life Day, “Children of Men”

Judy Brooks picks the film to watch for today’s holiday and tells us why it’s the right choice for the occasion.

Celebration of Life Day is observed annually on January 22 to honor the children of the world. Alfonso Cuaron’s dystopian Children of Men (2006) with its dire warning about the end of humanity, places its focus on the importance of a single child.

The London of Children of Men is as bleak as can be – gray, gloomy, and grim. Much in the way that Adam Rifkin’s The Dark Backward (1991) featured streets filled with garbage and appeared layered with a film of grease that could never be completely wiped clean, Children of Men features trash-filled streets, sooty grit from the rubble of bombed buildings and smoke from the pyres of burning animals. The film is set in 2027, and, except for the UK, the world is no longer a fit place to live. We hear of New York City’s being “nuked,” and the news reports that the “Siege of Seattle” is entering its thousandth day. Responsible news outlets no longer exist, while “independent” media functions primarily as propaganda used to stir the masses. Britain alone remains habitable, but conditions are far from ideal. Remnants of law and order exist only through the auspices of a vicious police state that rivals Orwell’s in 1984. Terrorist bombings occur regularly, courtesy of various guerilla factions, and neither they nor the “Homeland Security” police have any compunction about killing to advance their agendas. Immigrants are rounded up and held in open wire cages or bussed to an interment camp that has replaced the population of an entire nearby city. Worst of all, there is no hope for a better future, as humans are so thoroughly plagued by infertility that there hasn’t been a human child born in 18 years. Suicide is not only legal, but encouraged, advertised and sponsored by pharmaceutical companies.

Jingoism runs rampant, and the “the war on terror” is incessant. In language reminiscent of much current political rhetoric in the US and Europe, immigrants are blamed for Britain’s problems. The country has closed its borders along with its side of the Chunnel. Martial law is in effect, and the city’s streets are rife with warning signs, surveillance cameras and police armed with military-grade weaponry. An underground, pro-immigrant faction known as “The Fishes” has just kidnapped and recruited a former government employee named Theo (Clive Owen). At the interment camps, the Fishes are harboring a young, immigrant woman named Kee who is, miraculously, pregnant. They plan for Theo to help smuggle her out of the country to an offshore location known as “The Human Project.” 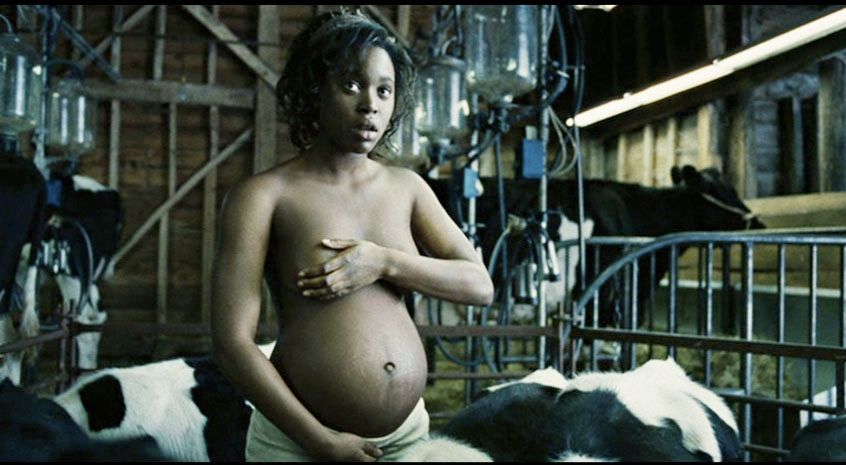 Both before and during the group’s struggle to reach the coast, Cuaron presents some interesting comparisons to past and present society. Picasso’s Guernica is conspicuously hung on an interior wall, and graffiti outside reads, “The future’s a thing of the past.” A quick visit by Theo to an old friend, who is also the hookup to their ability to enter the detention zone, shows the friend’s catatonic wife in a wheelchair. Soon after, we see nearby newspaper clippings that reveal her as a former journalist who was brutally tortured by MI-6. The imagery reminds us of contemporary situations like Abu Ghraib, water boarding, rendition and Guantanamo. Through the same misguided sectarianism and carefully hidden agendas implied in the film, by 2006 when the film was released, wars in Iraq and Afghanistan had also created destitute war zones, guerilla factions, terror bombings, and police states as a result of fear-mongering politicians.

Another reference to the current political and societal state of the world from the 2000s on is the race, sex and status of the mother and the child. Kee is a woman of color, an immigrant and a single mother, making her a target of scorn and loathing by racists and conservatives. Her child, the one that will save the world, is a girl, which is an in-your-face, one-two punch to traditional patriarchal societies that place a lower value on female lives. 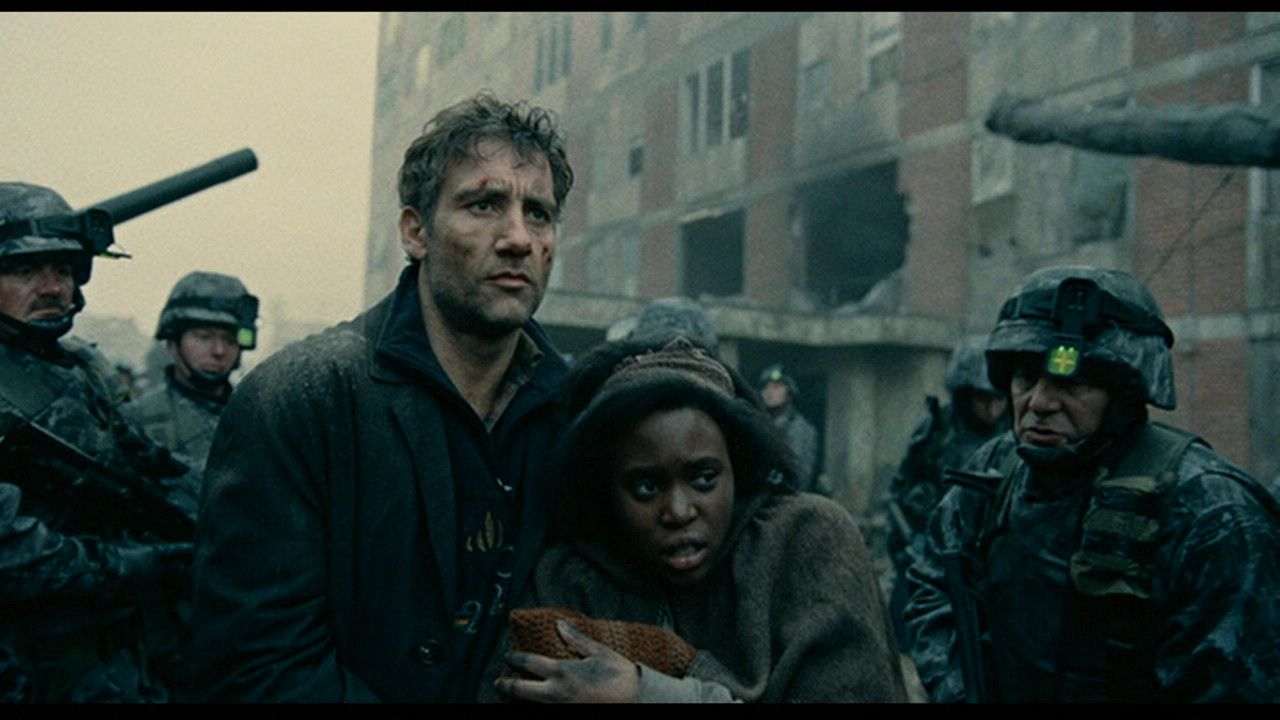 After unrelenting dreariness, the film’s ending offers a glimmer of hope. After giving birth, Kee cradles her newborn daughter as she and Theo slowly make their way out of the interment camp into a firestorm of opposing forces that are hell-bent on shooting it out. At this point, another miracle occurs - the soldiers see the baby and cease fire. Awestruck by the infant’s cries, they stand silently, many with tears running down their cheeks, as they allow the escapees to pass unmolested, a reverent reminder that the children of men are the only hope for humanity.

“The future’s a thing of the past” indeed, and Children of Men is Alfonso Cuaron’s urging us to cease pandering to our fears and suspicions, and remember the contributions of those who arrived to our countries as immigrants and stayed to become valued citizens. If we don’t heed this warning, the film suggests, we just might create a hellish, dystopian world of our own.