Why did “Night of the Living Dead” spark controversy after its release?

George Romero’s horror classic Night of the Living Dead (1968) was met with huge controversy upon its release. The bulk of this controversy stemmed from two of the film’s key components: Its heavy use of violence and gore (by 1968 standards) that carried an unconventional narrative, and its African American lead protagonist, played by actor Duane Jones. The former of those controversies ushered in a new genre of horror and established a steady rise in film violence in the decades following. The latter was more controversial as a product of the time than something that influenced the film’s lasting legacy. As The Wrap says, “Without Duane Jones in the lead, Night of the Living Dead would still have been an innovative shocker but wouldn’t have hit the cultural nerves it did.”

When Night of the Living Dead premiered on October 1, 1968 at Pittsburgh’s Fulton Theater, as an afternoon matinee, the theater was full of teenagers and younger kids excited about a new horror flick. Roger Ebert, who was in attendance, recounted the experience, saying, “The kids in the audience were stunned. There was almost complete silence. The movie had stopped being delightfully scary about halfway through, and had become unexpectedly terrifying. There was a little girl across the aisle from me, maybe nine years old, who was sitting very still in her seat and crying. I don’t think the younger kids really knew what hit them. They were used to going to movies, sure, and they’d seen some horror movies before, sure, but this was something else. This was ghouls eating people up—and you could actually see what they were eating. This was little girls killing their mothers. This was being set on fire. Worst of all, even the hero got killed.”

Though tame by today’s horror standards, the nature of the film was something people hadn’t seen before. Initial reviews of the film varied wildly, with some critics unable to see past the morally reprehensible and socially unacceptable violence, while others viewed its subtext and applied it to the heavy social and cultural issues of the time, seeing it as an apt critique of modern life. But it wasn’t just the violence that stunned audiences, it was Romero’s story that deliberately violated all the conventions and expectations of horror filmmaking up to that time. 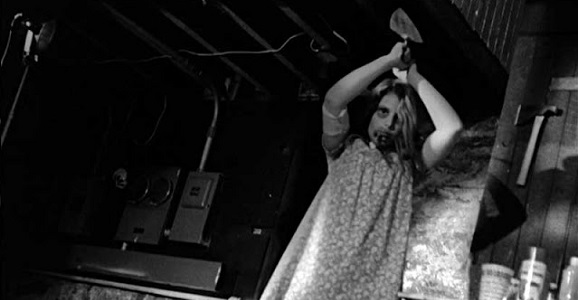 As PopMatters says, “It rejects all the American ideals on which previous narratives are supposed to have relied. The two lovers in the narrative are burned alive and eaten because they love one another too much to be separated. The forces of law and order are presented as a mindless and reactionary lynch-mob who accidentally shoot the one remaining survivor at the end of the film. The people in the house do not even form themselves into a tight-knit community, but are largely destroyed by internal tensions and conflicts.”

The two main male characters are the African American Ben, and a bigot, Harry (Karl Harman). Harry’s inability to let Ben take charge of the situation stems from racist thinking, though it’s never implicitly stated. Harry is a jerk to everyone including his wife Helen (Marilyn Eastman). When their daughter becomes a zombie, she dispatches both of her parents in a move that stirs up discourse about parenting and the concept of nurture. The reason race is never directly referenced in the film is because the part of Ben wasn’t written specifically for a black actor, George Romero just felt Duane Jones was right for the part. But with a black actor in the role, the racial tensions of the 1960s colored all the dialogue between Ben and the other characters. The fact that he and Harry never manage to work together and let their personal disputes tear everything apart really drive home the racially-charged perceptions of their roles. 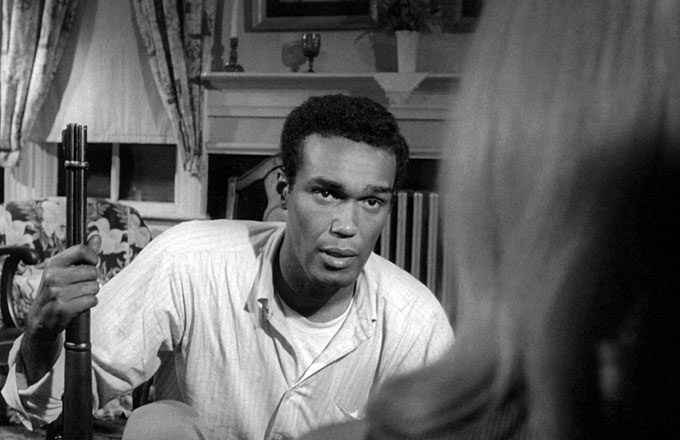 Ben’s fate only amplified that fact—in a stunning twist, he survives the film only to be mistaken for a zombie and put down by the authorities. The assassinations of Malcolm X and Martin Luther King, Jr. were still fresh in people’s minds in 1968, and the motion at the end of Night of the Living Dead made an easy reference to those events.

Decades later, the relationship between the film’s two main characters still carries heavy racial tension when viewing the film in hindsight with the knowledge of race relations in the 1960s. Even though Ben is killed, he’s the hero of the piece, and that truth is poignant. Romero clearly wasn’t concerned about how much violence he showed, how stories were “supposed” to be told, or what race came out the victor in the end. Looking at the film decades later through various cultural and social lenses makes one wonder how much of the film’s controversial material was meant to be controversial, and how much was just Romero’s brand of storytelling. Either way, he created a scary story that became an icon and changed the horror genre forever.

Fun fact: Duane Jones’ name was used for a character in Robert Kirkman’s “The Walking Dead” comic series and its television show of the same name, as the son of reader/audience favorite character Morgan Jones.