Who is the villain in “Suicide Squad”?

Quick Answer: In a film that promised a diverse cast of villains, Suicide Squad failed to provide one primary antagonist whom the audience could rally against. Although Enchantress had the potential to be a captivating and terrifying main villain, the character fell flat. Her character was poorly executed, resulting in a villain who came across as more comical than terrifying. Furthermore, Suicide Squad‘s creators never properly introduced Enchantress or addressed her motives. This lack of familiarity didn’t allow viewers to attach to Enchantress on any level.

Suicide Squad (2016) has been in theaters for over two weeks now, and in that time the film has continued to dominate the box office, proving to critics that negative reviews won’t stop fans from filling the seats. DC’s latest has grossed over $500 million worldwide so far despite less-than-glowing reviews. That said, the movie is certainly far from perfect, and maligned critics and loyal fans tend to agree on one thing: though Suicide Squad offers a diverse cast of villains, it failed to provide one primary antagonist whom the audience could rally against. 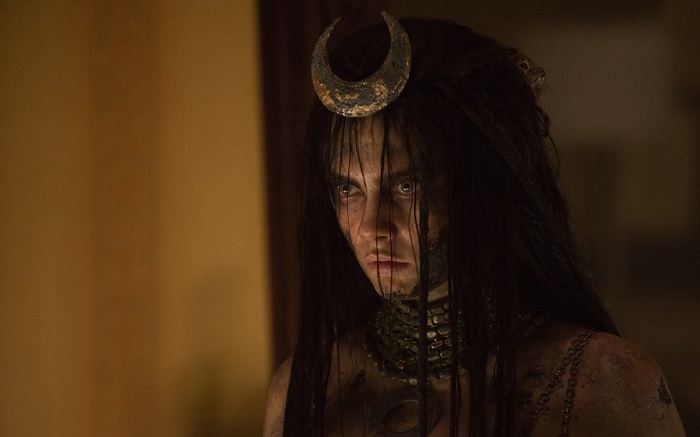 Leading up to its release, there were countless theories about who the main antagonist of the film would be. The Joker, it seemed, was the most obvious candidate. As it turned out, Suicide Squad found its main antagonist in Enchantress, a witchy goddess who inhabits the body of Dr. June Moone. Enchantress possesses more power than anyone else in the film, making her a daunting villain for the Squad to face. Unfortunately, the character is poorly executed, resulting in a villain who comes across as more comical than terrifying.

Part of Enchantress’ poor execution stems from how she’s presented in the film. In much of the promo material, Enchantress is wearing the same costume: a black, grimy and thoroughly haunting getup. However, for the majority of the film, she wears a much more decadent outfit, complete with a headdress and a bright light that seems to emanate from her. Its effect is less scary and more grandiose than the promised attire. Other characteristics further alienate Enchantress from the audience. For example, she speaks almost entirely in a foreign language and her movements are over-exaggerated. Furthermore, the exposition offers little insight into Enchantress’ character or motives. The film only gives us the bare minimum of her backstory, leaving viewers to wonder why Enchantress is really such a threat.

Jared Leto as The Joker

By not properly introducing Enchantress and delving into her character, Suicide Squad‘s creators never give the villain the chance to be believably evil or to address her motives. This lack of familiarity doesn’t allow viewers to attach to Enchantress on any level. Enchantress is unique in that she occupies another person, but we don’t get a chance to get to know June Moone either. Because the audience isn’t granted the opportunity to develop sympathy towards Moone, her storyline and her struggle are less compelling. It’s difficult for the audience to feel anything towards her.

It’s also possible that the lukewarm antagonist isn’t just a result of costume design or writing. Suicide Squad was a hugely troubled production, riddled with extensive reshoots and competing visions for the film’s tone. With a huge cast of characters to introduce, it’s unfortunate (but ultimately no surprise) that some people were lost in the shuffle or had backstories that were handled sloppily. In an interview, Jared Leto claimed that his role was significantly cut down, adding that “there’s probably enough footage in this film for a Joker movie.” It’s possible that the same thing happened to Cara Delevingne’s Enchantress. While introducing so many characters in two hours is no easy task, the film’s creators should have prioritized the introduction and backstory of their main antagonist. 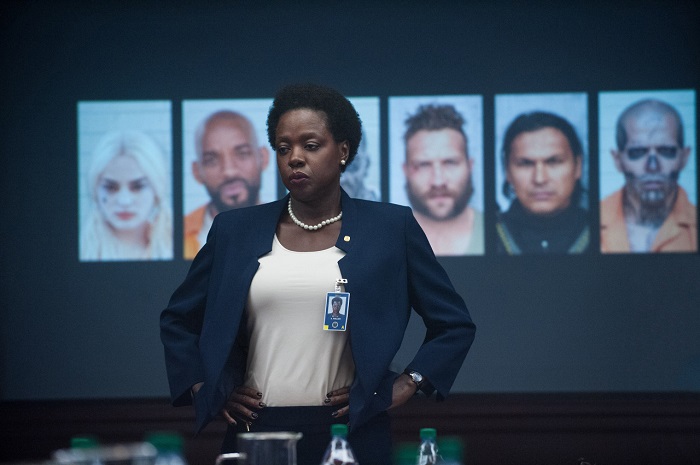 There were multiple other contenders for chief villain besides Enchantress. Amanda Waller was also a promising bad guy, manipulating the Squad into acting against their own self interest. The Joker also had a lot of potential. Although Waller and the Joker were certainly scene-stealers, they simply didn’t have enough screen time to be considered the main antagonists. That award goes to Enchantress’ villainous, albeit disappointing, performance. What remains to be seen is whether Amanda Waller and the Joker will be enough bad guy fodder to result in a sequel or spin-off. Only time will tell.