Which characters in “Titanic” were real people?

James Cameron’s Titanic (1997) is one of the most famous movies ever produced. It is a cinematic masterpiece of effects, effectively taking the Titanic story off the radar for any future film adaptation. It took the legendary tale of the massive ship’s maiden and final voyage and coupled it with a heartwarming love story and colorful characters. While James Cameron and company were incredibly diligent when it came to creating an on-screen Titanic that resembled the original ship and its manner of destruction to the smallest details, they were still creating a film that audiences needed to enjoy, and developing a story that could serve as an emotional counterpoint to the depressing reality of the ship’s fate. As such, they both pulled real people from history and invented their own characters, meshing the two and changing the details as necessary to build an ensemble cast of interesting beings—some of which are more rooted in reality than others. Here are some: 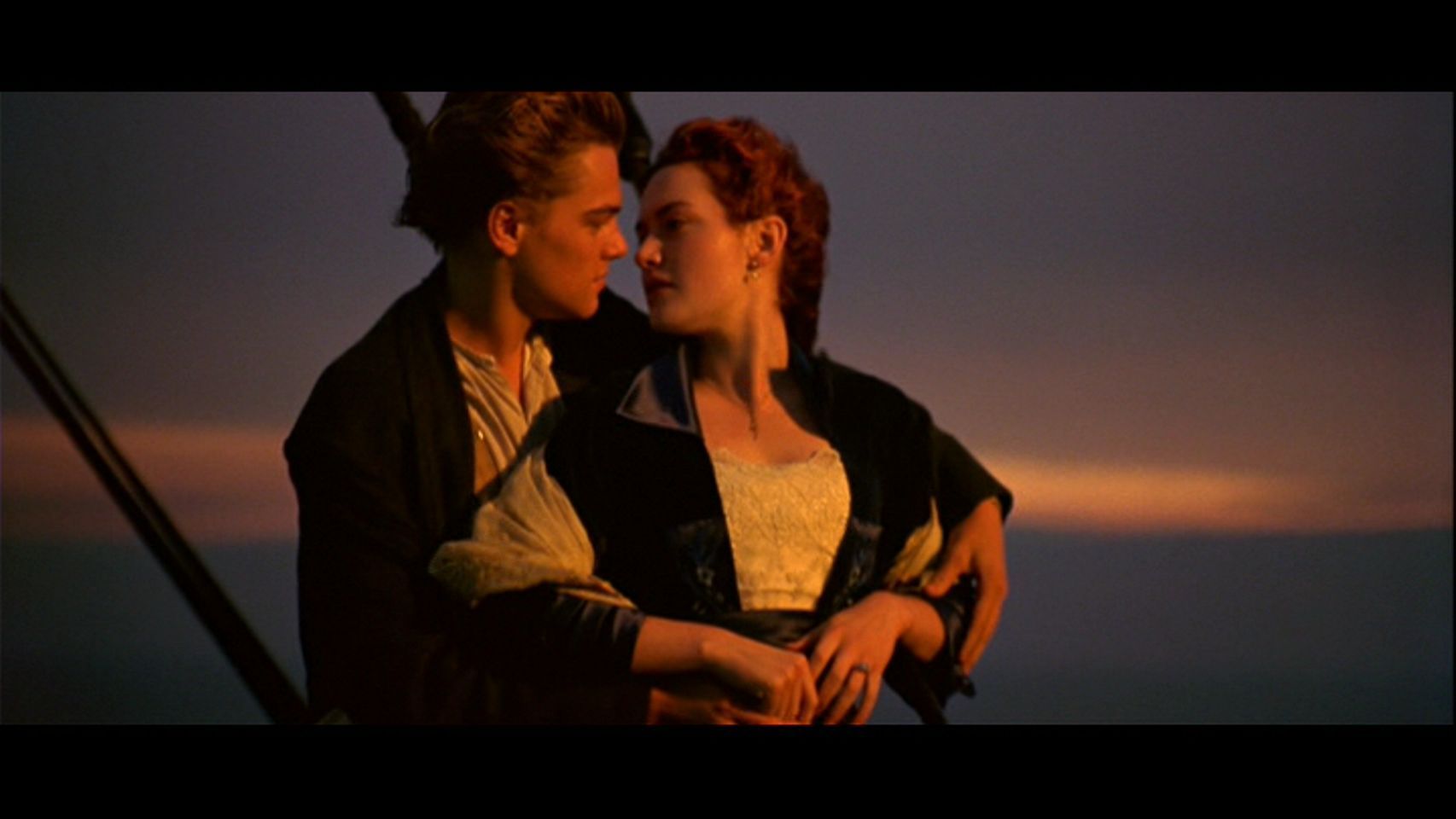 Although James Cameron modeled Rose (Kate Winslet) after American avant-garde artist and potter Beatrice Wood (co-founder of The Blind Man magazine in New York City), Wood had no actual connection to the ship. Jack is a complete fabrication of James Cameron, though there was a man on board named “J. Dawson.” However, the J stood for Joseph, and he was a coal trimmer employed as part of the ship’s crew. James Cameron was unaware of this Dawson until after the film was made— a fact that didn’t stop legions of fans from visiting his grave in Halifax, Nova Scotia, where they left cinema stubs, personal photos, and pictures of Leonardo DiCaprio. If only that guy knew… 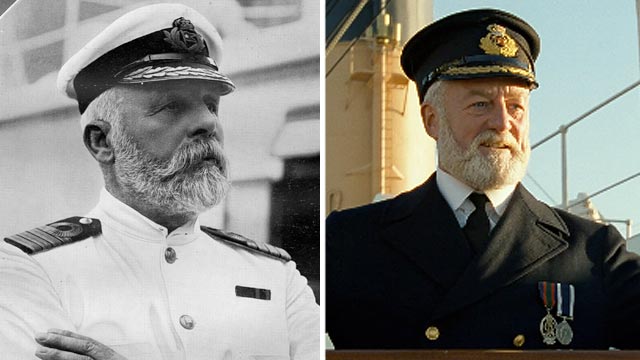 Captain smith, portrayed by uncanny look-alike Bernard Hill, was the ship’s true captain. The Titanic was to be Smith’s final post, captaining the ship until such a time as the White Star Line constructed a larger vessel. He went down with the ship during the sinking. 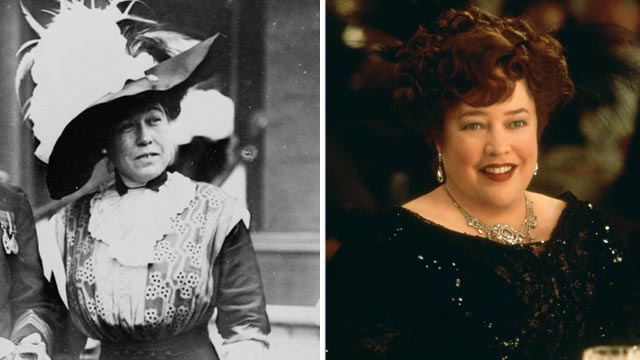 The wealthy Molly Brown (Kathy Bates) was real and reportedly did convince a rescue boat to turn around and look for survivors, as Bates’ character in the film attempts to no avail. Brown was, in fact, a lower-class woman whose husband built his own wealth, making her “new money” as she was referred to on board. After surviving the sinking, she adopted the nickname “The Unsinkable Molly Brown” and became a socialite, philanthropist, actress, and activist, living until 1932 when she died of a brain tumor at the age of 65. There is also a 1964 film titled The Unsinkable Molly Brown, starring Debbie Reynolds as Brown. It also became a stage musical. 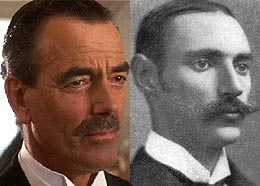 The fourth in line of the Astor family, the first millionaires in America, John Astor IV (Eric Braeden) perished when the Titanic sank. He was an American businessman, real estate builder, investor, inventor, writer, lieutenant colonel in the Spanish–American War. He was, in fact, married to an 18 year-old (at the age of 41) at the time of Titanic’s voyage, a major scandal at the time which was mentioned in the film. With a net worth of $87 million when he died in the sinking in 1912, he was the richest man in America, and possibly the world. His body was one of the recovered, identified by his initials stitched into his jacket. His son Vincent was willed $69 million of his estate or, according to the Consumer Price Index, approximately $1,686,217,241 in 2015 dollars. His wife and other children received trust funds and the remaining money. Astor served as one of the film’s primary villains, though his on-screen persona exaggerated his faults for adversary purposes. 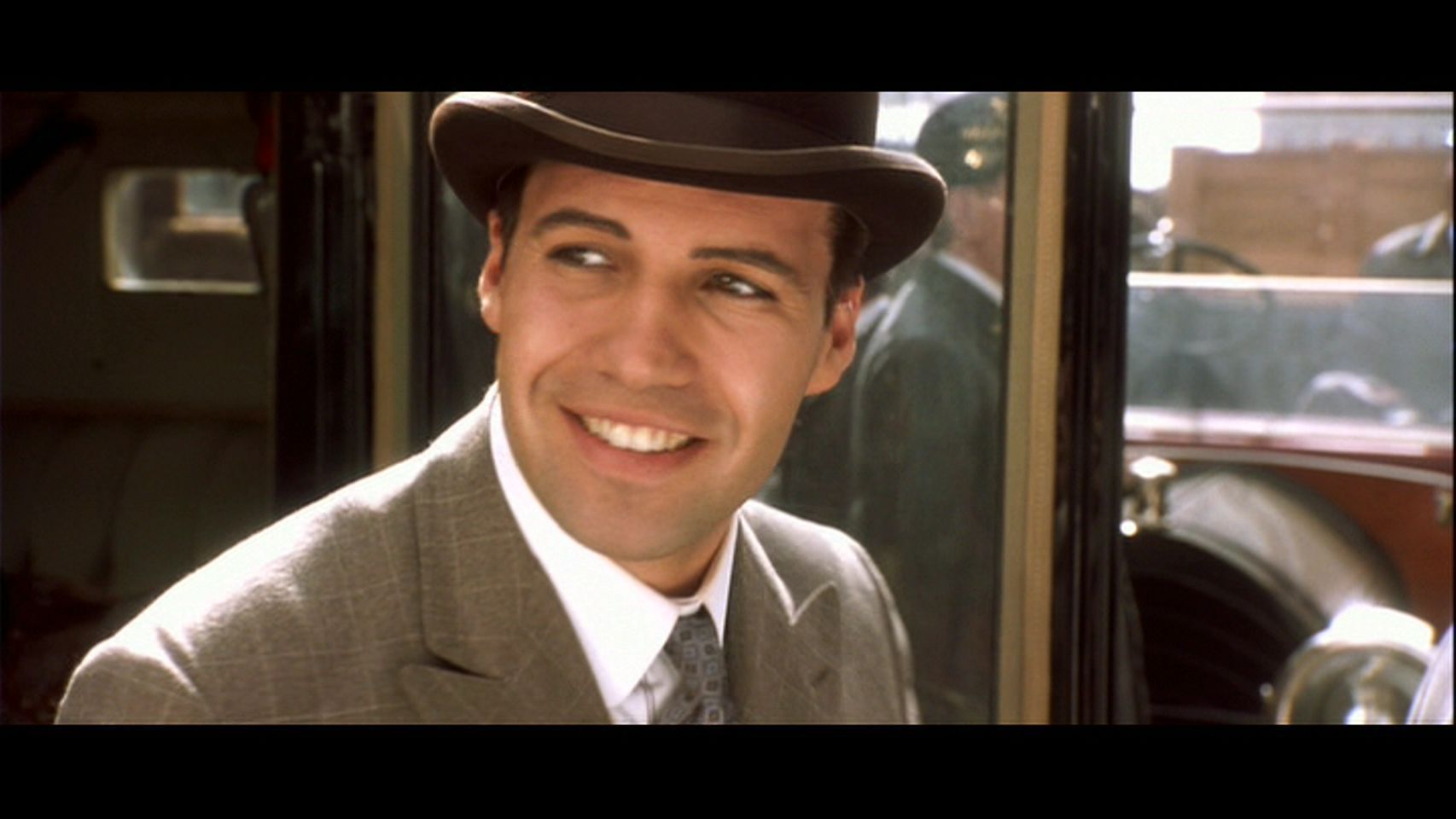 Rose’s fiance through family arrangement, Cal (Billy Zane), was a fictional character created for the film, alhough he was modeled as the son of a Pittsburgh steel tycoon. It’s thus possible to infer he was designed as the fictional heir of Andrew Carnegie. In reality, Carnegie had no son. 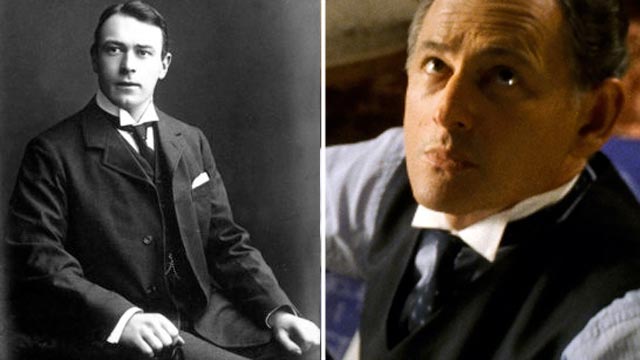 Another real life figure, Andrews (Victor Garber) was the Titanic’s builder as depicted in the film. It’s reported that he really did say it was a “mathematical certainty” the ship would sink once he assessed the iceberg damage, which became one of the many notable quotations from Cameron’s film. He was last seen sitting in the ship’s smoking room, the place he’s last seen with Rose in the movie, urging her to get to a lifeboat. It appears his personality and character were well-captured in Garber’s film representation of the man, as he urged others to attempt to find safety while making no attempt to board a rescue vessel himself. 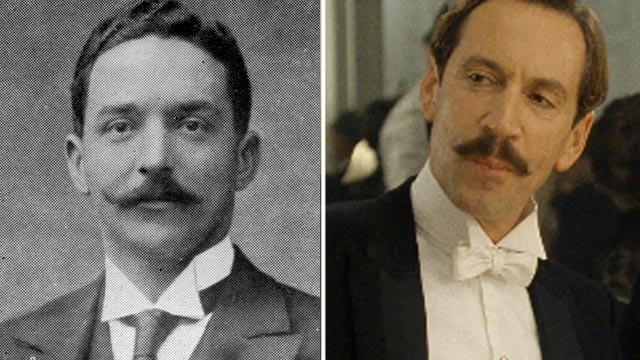 Yet another real fellow, Ismay (Jonathan Hyde) was chairman and managing director of the White Star Line of steamships, and as the highest-ranking White Star official, essentially the owner of the Titanic. He frequently boarded White Star ships on their maiden voyages, and the Titanic was no different. Gérard Piouffre’s Le Titanic ne répond plus details the time following the sinking, wherein Ismay was wrecked by guilt about the loss of life on the ship. He sent a message to White Star’s New York office reading, “Deeply regret advise you Titanic sank this morning after collision with iceberg, resulting in serious loss of life. Full particulars later.” Papers dubbed him the “Coward of the Titanic” for boarding a rescue vessel and abandoning hundreds on board. His reputation never recovered and he kept a low profile for his remaining days, dying of a stroke at the age of 74 in 1937.

Murdoch (Ewan Stewart), the sailor who served as First Officer aboard the Titanic, was part of a generations-old seafaring family and the real first officer on board. In the film, he is shown as the officer on the bridge when the ship collided with the iceberg, and is later seen shooting himself in the head as the ship sank. The first part of that has been confirmed, while the suicide is still a controversial subject. There are reports of people witnessing an officer committing suicide during the sinking after gunning down a lower-class passenger trying to board a lifeboat, but no official confirmation that it was Murdoch. It’s also been debated whether or not his decision to instruct the ship turn “hard right” after colliding was actually the reason it sank, as a head-on collision may have actually been less damaging to the vessel.

What a name. Lovejoy (David Warner) was Caledon Hockley’s right-hand man, personal valet and bodyguard, former Pinkerton detective, and the secondary villain of the picture because he beats up the beautiful Jack and handcuffs him to a pipe as the ship is sinking. He dies when the ship splits in half, falling into the opening between the two main sections. He and his fancy, engraved Colt M1911 are both creations of James Cameron for narrative purposes.

Many of the other minor characters and details in Titanic were drawn from real-world history. Even some of the miscellaneous, unnamed third class passengers were modeled after real people. It’s difficult to know at this point if many of the real-life minor players, such as the other ship officers and the ship’s musicians, were represented accurately according to their personalities. But James Cameron at least attempted to reflect his inspirations with some notion of their real selves, putting spins on their historical legacies as they served the narrative requirements of his film.