What is the Pixar Theory?

Quick Answer: The Pixar Theory is a fan theory authored by Jon Negroni that connects all the Pixar films into one coherent timeline, starting with The Good Dinosaur and ending with Monsters, Inc. It explains the existence of magic, intelligent animals, and even talking cars all in one interconnected universe. Negroni has updated the theory several times to incorporate recently released films.

Back in 2013, Pixar enthusiast Jon Negroni connected every single Pixar film into one massive timeline known as the Pixar Theory. Negroni describes a single Pixar universe that explains the co-existence of everything in the Pixar filmography, from magic to talking cars. Since the theory must adapt to every new Pixar release, Negroni has made a number of edits to his original theory in order to include Inside Out (2015), The Good Dinosaur (2015) and Finding Dory (2016).

The current version of the timeline begins over 65 million years ago with the events of The Good Dinosaur. In this movie, the asteroid that would have caused the extinction of dinosaurs misses Earth, allowing all prehistoric creatures to continue to evolve into intelligent creatures. Therefore, The Good Dinosaur provides the foundation for the fact that, in the Pixar universe, animals can become just as intelligent as humans. 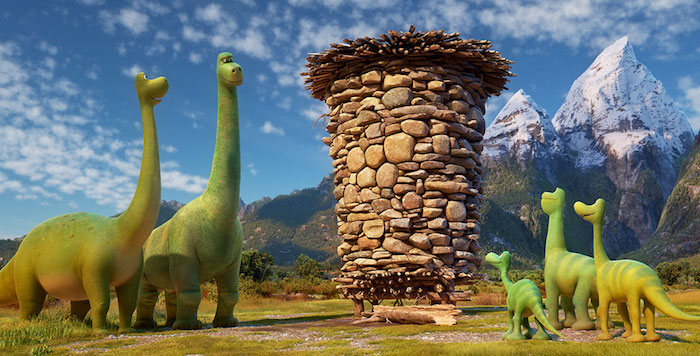 Even without the asteroid, as the Earth’s climate begins to change and humans become the dominant species, the dinosaurs still eventually become extinct. After the humans rule the Earth, the next film on the timeline is Brave (2012), which takes place in medieval Scotland. In the film, Merida discovers and follows a will-o’-the-wisp (a magical spirit) that leads her to a powerful Witch. Although Brave is the first movie in the timeline that uses magic, it never answers the question of how magic comes to exist. Negroni believes that Kevin from Up (2009) is the answer to this question. 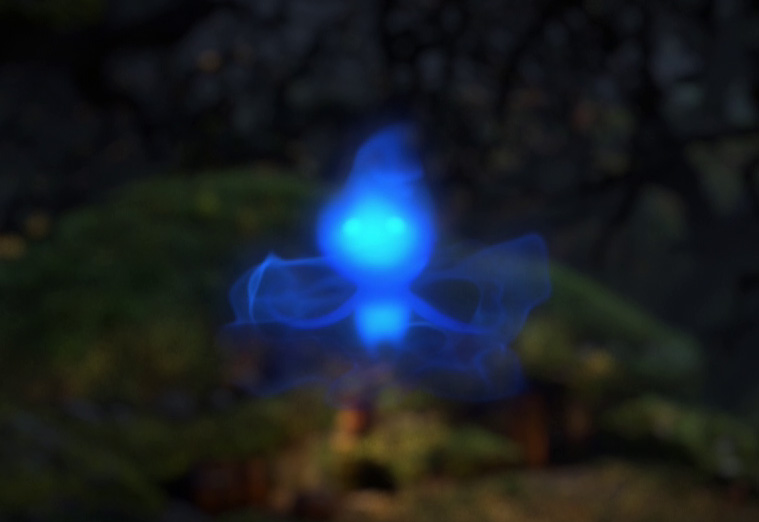 Although Up takes place long after Brave, within Up Kevin the bird is a living fossil whose ancestors most likely predate the events of Brave. As a colorful flightless bird, Kevin resembles the prehistoric creatures seen in The Good Dinosaur. Negroni explains that the elderly explorer Charles Muntz discovered that Kevin’s eggs could slow down the aging process, which explains how Muntz is still alive during the events of Up. It is possible that the prolonged evolution of these prehistoric creatures created a sort of “magic” that could be harnessed by humans. 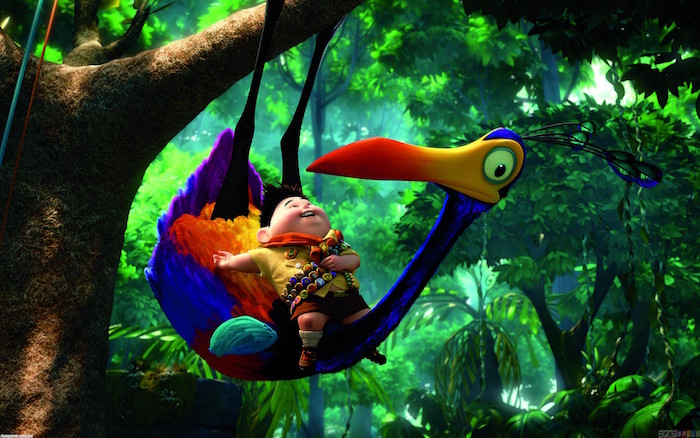 According to Negroni, evolution may explain why Kevin the bird has special abilities

Negroni continues that, around the time Muntz first discovered these magical abilities, people began to gain superpowers as seen in The Incredibles (2004). This means that it is possible that the abilities that Muntz discovered were used to alter humans into superheroes through government experiments. Interestingly, although The Incredibles takes place in the 1950s and 60s, the technology that we see in the movie surpasses anything that exists in our real world today. Negroni believes that this is because of a dearth of oil in the Pixar universe. Since the dinosaurs did not go extinct all at once, there were fewer deceased organisms to become oil. To avoid an energy crisis, scientists began to develop new technology at a much faster pace. During this time, Incredibles villain Syndrome was able to develop A.I. and Zero Point Energy. According to Negroni, Zero Point Energy is the energy that toys and objects absorb in order to become sentient. 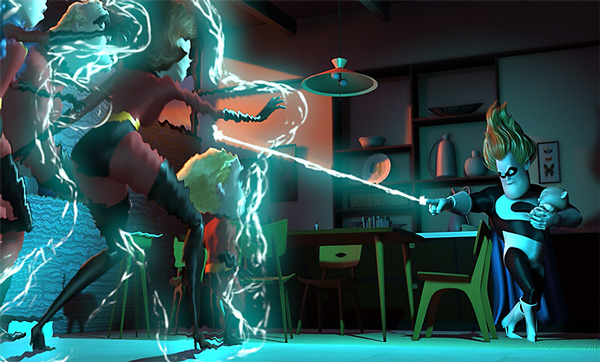 Syndrome using a weapon that is powered by Zero Point Energy

By the 1990s and 2000s, toys finally come to life (thanks to Syndrome’s Zero Point Energy), leading to the Toy Story series. Although the toys rely on humans to provide them with life through love and attention, in all three Toy Story movies, we see toys being abandoned and misused. Negroni infers that eventually the toys would begin to resent their neglectful human owners. In Negroni’s timeline the toys, dissatisfied with their treatment, join with other objects and machines to plot an uprising.

Around the same time, Negroni says animals become concerned about pollution and reckless human behavior. In Finding Nemo (2003) and Finding Dory, we see that humans are the sea creatures’ biggest threats. Even in Ratatouille (2007), we meet a group of rats angry and afraid of the humans who try to kill them. Angered by the destructive actions of humans, Negroni says, the animals eventually go to war against the humans.

But while the machines also resent humans, they depend on them for their energy and existence. Therefore, the machines help the humans win the war against the animals and toys. Still, the conflict leads to an overly polluted Earth. This is when the machines and A.I. decide to take over. Negroni explains that the machines use the omnipresent corporation BNL to slowly take control of humans, starting in the 1960s after the events of The Incredibles. 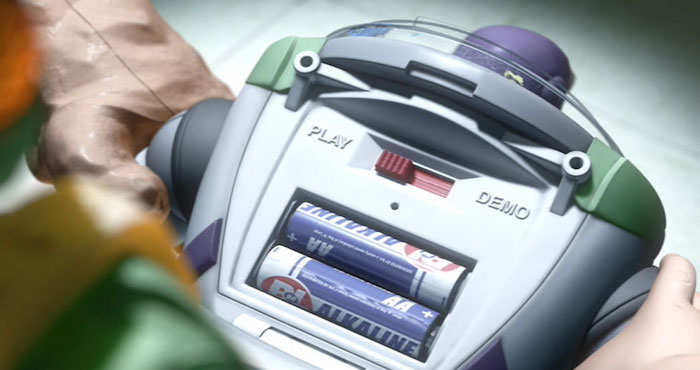 Even Buzz Lightyear is powered by BNL batteries 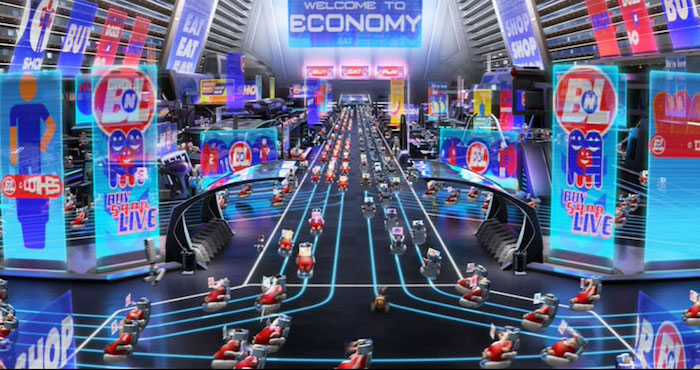 At the end of the animal-human war, humans are forced to evacuate the planet and board the Axiom, where they become fully dependent on the machines as seen in Wall-E (2008). Meanwhile, cars and other machines are left to populate and dominate the Earth. With the planet void of humans, the events of the Cars (2006, 2011) franchise are able to take place. During this future time, the energy crisis worsens, and the planet soon becomes barren of any life or sentient machines.

After several generations, EVE is sent back to Earth to search for any sign of life and finds a small plant growing in the soil, leading to the events of Wall-E. With the help of EVE and Wall-E, the humans are able to overcome the evil A.I. keeping them on the ship and go home. Once they return to Earth, the humans plant the sapling that EVE found, and it grows into a large tree that eventually becomes home to the insects of A Bug’s Life (1998).

Hundreds of years after the events of Wall-E and A Bug’s Life, animals became more and more mutated until they became “monsters.” In the distant future, these monsters eradicate human civilization. However, the monsters soon realize that they actually need humans as a source of energy. By using magical doors, the monsters are able to time travel to different human generations and are each assigned a human to scare in order to retrieve their screams for fuel. This is how Sulley is able to meet and befriend Boo in Monsters, Inc (2001). 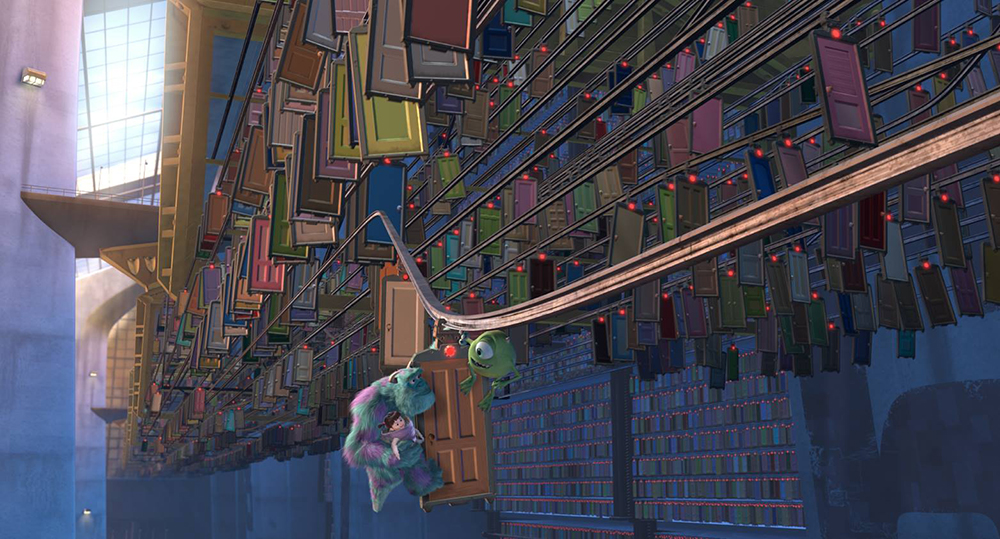 Eventually, the monsters learn that human laughter is a more powerful source of energy and begin to make children laugh instead. Negroni believes this is where Bing Bong, Riley’s imaginary friend from Inside Out, comes in. Based on his monstrous (yet humorous) design, Bing Bong was most likely Riley’s monster before becoming her imaginary friend. 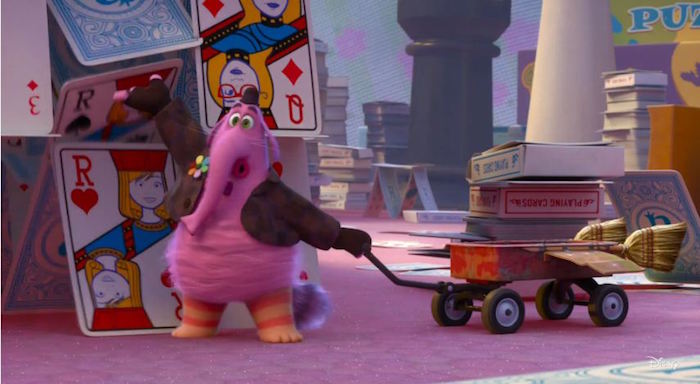 Riley’s imaginary friend (and, perhaps, monster) Bing Bong in Inside Out (2015)

While Riley is able to forget about Bing Bong, Boo becomes obsessed with finding Sulley again. By using her knowledge of magical doors, Negroni believes that Boo ends up in medieval Scotland to find the source of all magic and becomes the Witch that Merida meets in Brave. 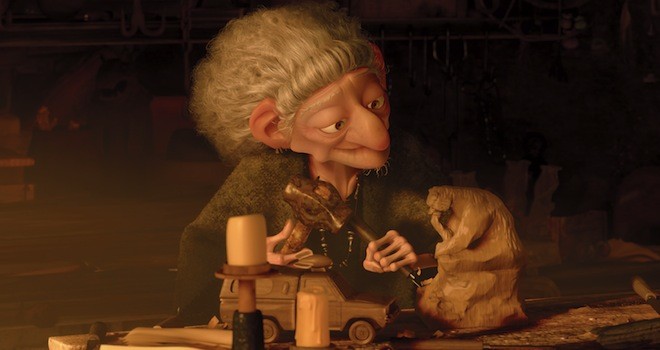 Of course, this is all a fan theory, albeit a very well-thought-out one, that has never been confirmed by Pixar and contains several far-fetched leaps, including an interspecies world war that happens offscreen. Interestingly, Negroni’s theory posits that human beings are an essential energy source for the survival of the toys, machines, and monsters (the descendants of animals). This founding assumption gives humanity a special status, of spiritual or even magical proportions, within the Pixar universe, whether or not this is the filmmakers’ intention.

Regardless of the theory’s veracity, shared universes are a fun way for fans to connect their favorite movies together. As Pixar continues to release more films, the theory will have to adapt in order to include the new storylines. While Pixar’s recent Finding Dory fits into the theory seamlessly through its connections to Finding Nemo, Pixar’s next scheduled original film Coco (2017) will no doubt alter the timeline once again.