What are the Ealing Comedies?

In the years following World War II, English film studio Ealing created a number of comedies which, despite the fact not all remain overwhelmingly popular with today’s modern viewing audiences, are still genuinely regarded as treasured English classics among cinephiles. The films spanned the lively and modest, to black comedies of the darkest variety, heavily cynical, all equally hilarious in their sophisticated sincerity. Among the renowned Ealing comedy classics were The Ladykillers (1955), The Man in the White Suit (1951), and the one with arguably the broadest legacy from the style despite its difference from much of its company, Kind Hearts and Coronets (1949).

Ealing was not a comedy-specific studio during the era, having also produced films like It Always Rains on Sunday (1947), a crime drama, and the docudrama Scott of the Antarctic (1948) about Robert Falcon Scott’s journey to the south pole. But it is their comedies that have maintained as the public image of Ealing throughout the generations. As Roger Ebert summarized in his Great Movies entry on Kind Hearts and Coronets, “there emerged from the Ealing Studios of England a series of comedies so dry and droll, so literate and cynical, that the phrase ‘Ealing comedy’ described them and no others.” 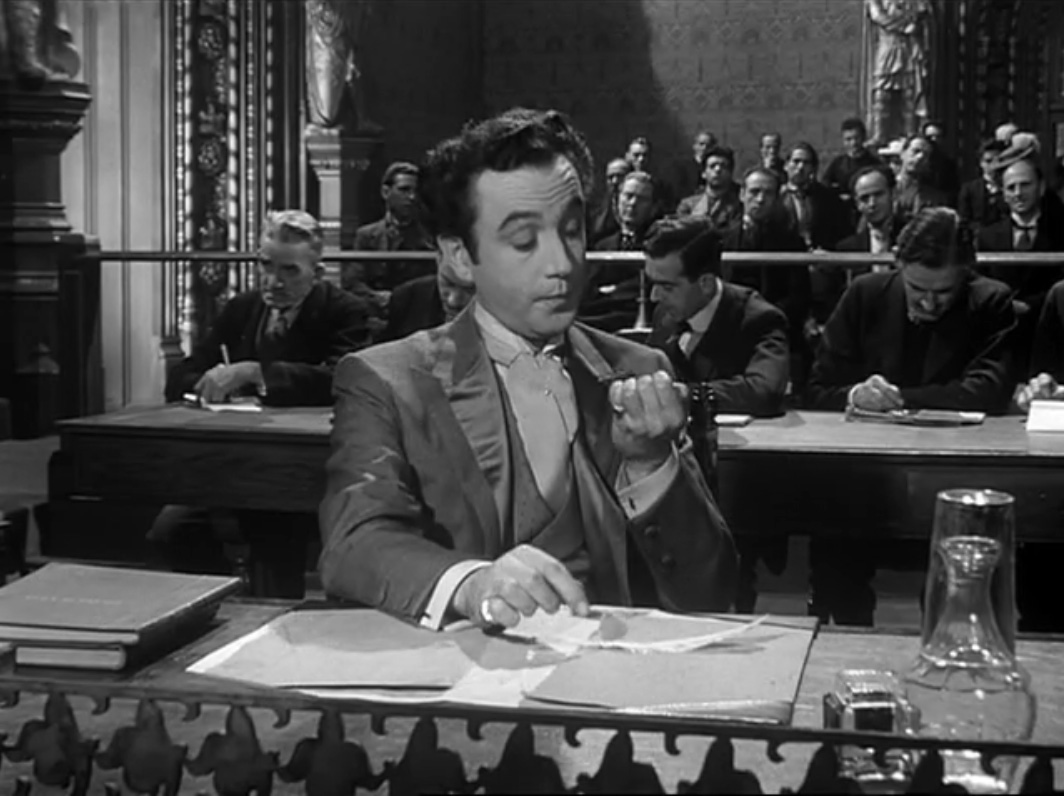 The 1939 film Cheer Boys Cheer, a story of a rivalry between two brewing companies, a big conglomerate versus a small and traditional brew house, has been characterized as an Ealing prototype of their later comedy films that followed the war. As it is, Hue and Cry (1947) is largely considered the first of the “Ealing Comedies,” finishing with either Barnacle Bill or Davy, both released in 1957.

The films chided the idiosyncrasies of English institutions. Ealing producer Michael Balcon stated, “If you think about Ealing at those times, we were a bundle…(I’m not saying this in any critical sense), we were middle-class people brought up with middle-class backgrounds and rather conventional educations. Though we were radical in our points of view, we did not want to tear down institutions: this was before the days of Marxism or Maoism or Levi-Strauss or Marcuse. We were people of the immediate post-War generation, and we voted Labour for the first time after the war; this was our mild revolution. We had a great affection for British institutions: the comedies were done with affection, and I don’t think we would have thought of tearing down institutions unless we had a blueprint for what we wanted to put in their place. Of course we wanted to improve them, or to use a cliché of today, to look for a more just society in the terms that we knew. The comedies were a mild protest, but not protests at anything more sinister than the regimentation of the times.”

The famed “Ealing Comedies” only totaled about one tenth of the studio’s total film output, yet for them the studio is most remembered. The studio where Ealing shot still operates today, existing as the oldest continuously working studio facility for film production in the world, having been recently used for the respected English film The Theory of Everything (2014), and regularly by period drama series Downton Abbey (2010), which films its interior scenes at the studio.