Is there a male counterpart to the “femme fatale” of film noir?

The seductive, dangerous woman or femme fatale is a central figure in film noir, bringing destruction to others and often to herself. In 1940s and 1950s America in particular, she offered actresses some of the most compelling and certainly largest roles outside of “women’s genres,” such as the woman’s film (precursor to today’s chick flick) or romantic comedy. The size and power of femme fatale roles drew many strong actresses to them again and again, from Barbara Stanwyck to Joan Crawford, and more recent years have seen significant feminist scholarly interest in the figure and her textual and cultural meanings.

The counterpart to the femme fatale is the homme fatale, who has received far less attention, popular or critical. A quick online search, for example, reveals no Wikipedia page for the figure, just an automatic reroute to femme fatale. Basic definitions share an emphasis on dangerous sexuality, although the femme is the “temptress” while the homme is a more dominating “womanizer.” In short, definitions and portrayals generally rely on normative gender roles, where she lures while he commands. Gender norms are also central to the destruction of fatale characters. While both are often killed or at least jailed at film’s end, the homme fatale rarely has the femme’s opportunity for salvation. This outcome is rare, but now and then the femme fatale may have a change of heart. For example, Gloria Grahame’s Debby Marsh in The Big Heat (1953) goes from girlfriend of a psychotic gangster (Lee Marvin’s Vince) to avenging angel for Glenn Ford’s Dave Bannion. When Vince deliberately scars her face (with boiling coffee), she not only turns the tables on him and his gang but also helps Bannion open up about his wife’s murder, helping him to begin to heal. 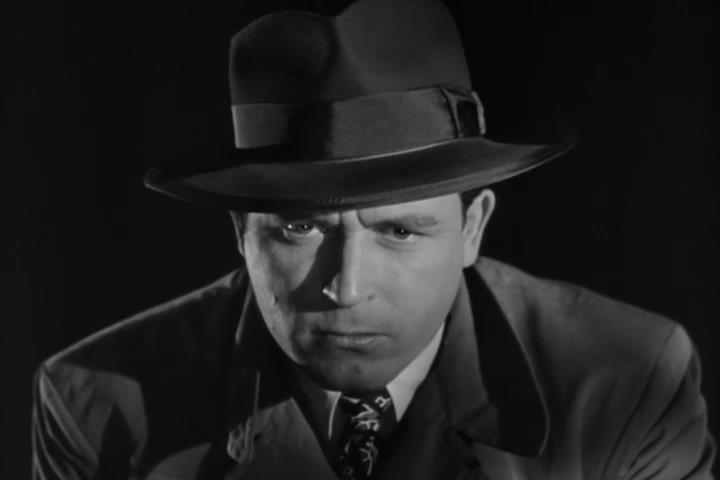 A few well-known examples of the film noir homme fatale include Harry Powell (Robert Mitchum) in Night of the Hunter (1955), Sam Wilde (Laurence Tierney) in Born to Kill (1947), and Gregory Anton (Charles Boyer) in Gaslight (1944). George Sanders offers a good example of an actor often cast in roles with an homme fatale feel, both within and outside of film noir.

Perhaps the best example of the homme fatale in classic noir is Tyrone Power’s Stanton “Stan” Carlisle from Nightmare Alley (1947), a film that also includes a femme fatale. As the film’s ambitious protagonist, we watch Stan rise from carnival barker to skilled mentalist and on to personal psychic for the wealthy. His glib handsomeness enables Stan to talk his carny mentor Zheena (Joan Blondell) into sharing the cheat code for her mentalist act after Stan accidentally kills her alcoholic husband. When he is caught seducing young carnival beauty Molly (Coleen Gray), he is forced into a shotgun wedding, but he quickly turns this to his advantage by abandoning Zheena and making Molly his assistant in nightclubs and beyond. He can smooth-talk anyone into anything, it seems, until he meets Dr. Lilith Ritter (Helen Walker), a psychologist to the rich who ultimately out-cons him, leading to his downfall. He sends Molly away and then, like Zheena’s husband before him, Stan becomes an alcoholic, fit only for the job of carnival geek (sideshow “wild man”). In an atypical twist, Nightmare Alley’s femme fatale triumphs; however, the homme fatale also achieves some measure of redemption. The very carnival for which Stan accepts work as a geek is where Molly landed after leaving him, and the final image of the film is Stan coming out of his alcoholic stupor and into her embrace. 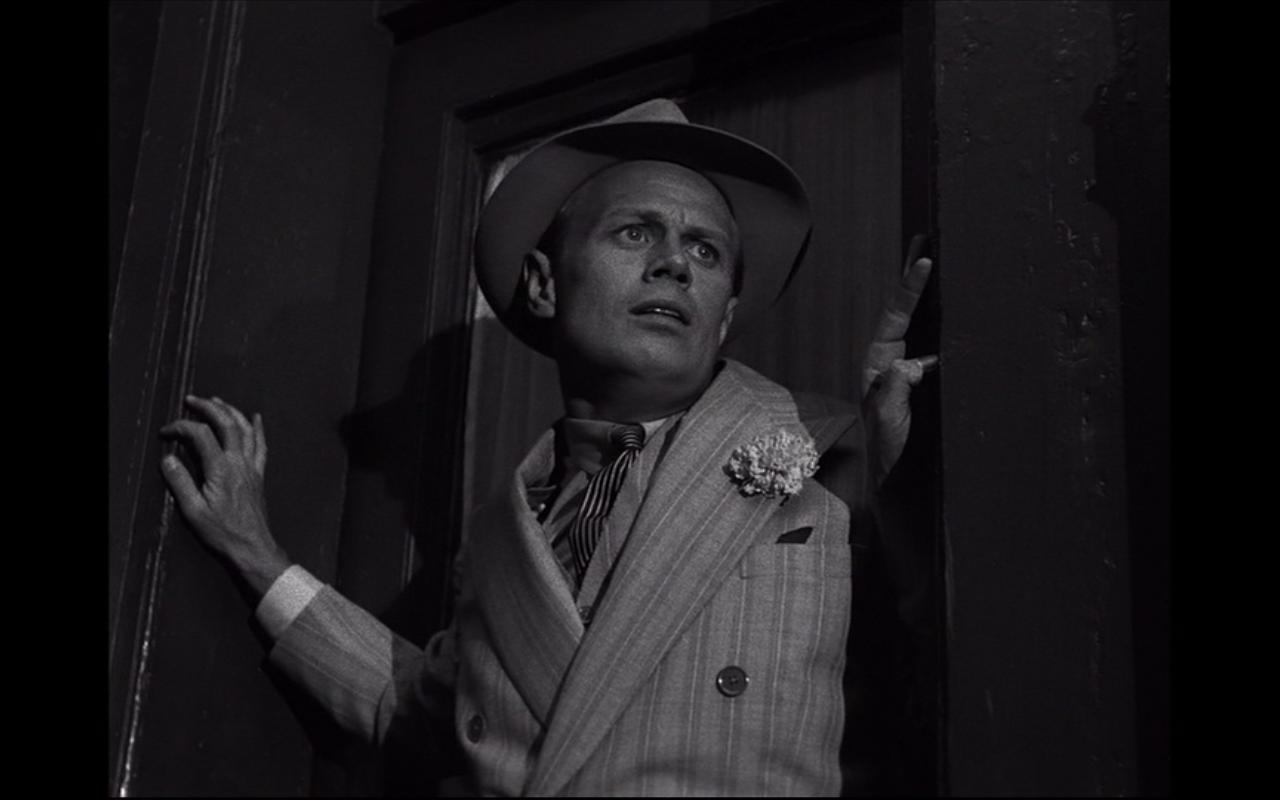 A more typical homme fatale character appears in the British noir film Turn the Key Softly (1953), about three women of divergent backgrounds on the day they leave prison. One of the three is Monica Marsden (Yvonne Mitchell), a middle-class woman lured into the world of crime by her lover, David (Terence Morgan), who sees her go to prison instead of him for her accomplice role in a heist he masterminded. The moment we meet David, we see he is handsome and hard to resist. Although Monica has sworn him off along with any future criminal activity, she falls instantly under his spell again. His ability to seduce her anew is instant and erotic, as he takes her to bed amid promises that he will never involve her in crime again. Lying on her bed in post-coital afterglow, Monica seems mesmerized, unable to think. David is a male siren she cannot resist. To ensure she remains compliant, he offers to take her to the opera that very night. However, when they arrive, he slips behind the ropes and onto the roof, demanding she belay him so he can climb in a window and rob the opera house safe. A horrified Monica faces his wrath when she attempts to refuse to cooperate. In the end, however, she escapes and then watches from the street as David is caught by police to face the justice he eluded in the past by manipulating her. 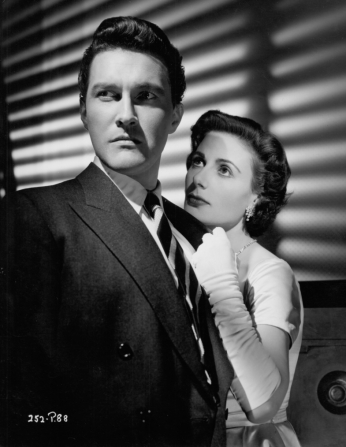 Such examples reveal that the homme fatale can be used in very similar ways to the femme fatale, controlling others through lies and seduction and using physical strength only when necessary, and then paying the penalty for their crimes in the end. More often, there is a combination of seduction and intimidation, while extremes of verbal and physical abuse are more rare. In this way we can more clearly distinguish between the homme fatale and the more traditional noir villain. We can compare Laurence Tierney’s striving, vicious, yet vulnerable Sam in Born to Kill to his ruthless sociopath Vincent Lubeck in The Hoodlum (1951) to see the difference. Sam’s insecurities about his lack of status and power are as plain as his sexual magnetism and willingness to kill to get what he wants. Vincent, meanwhile, is represented as just plain evil. Vincent lies openly to his saintly mother who takes him in when he gets out of jail, turns his brother’s legitimate business into an opportunity for crime, and seduces his brother’s girlfriend and abandons her when she becomes pregnant. While both Sam and Vincent can technically be called hommes fatale, the former exhibits more of the traits seen in the femme fatale than the latter, who is openly bullying and invulnerable. 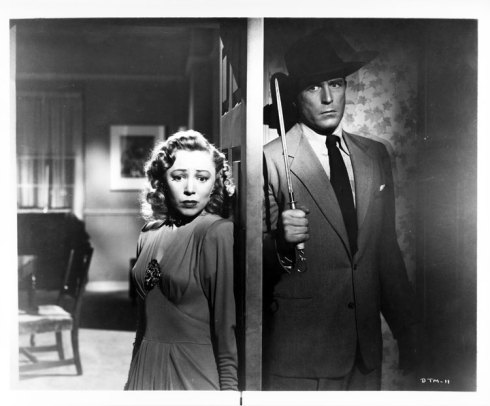 Although less a staple of the genre than the femme fatale, the homme is important in the way he adds a more complexly gendered type to the standard roster of noir male types, which are usually limited to the hard-boiled detective, the gangster, and the wronged everyman.