Is the character HIM from “The Powerpuff Girls” transgender?

Quick Answer: As a villain who seemed to defy gender norms, it’s understandable that some viewers perceived The Powerpuff Girls’ HIM to be transgender. What makes HIM so unsettling, however, isn’t his gender-bending persona. Rather, HIM is creepy because he is a combination of opposites – Santa and Satan, snake-like curves and sharp points, person and clawed beast. Even his voice is half singsong and half unchecked rage. Furthermore, HIM is just one example of the show’s uniquely fluid approach to gender roles. The girls dress up as their male villain counterparts, the villains dress in traditionally female garb, and gender roles in the girls’ household are reversed. Even the showrunner has stated that the girls are intended to be gender-blind. So, is HIM transgender? Maybe. It’s far more likely that it doesn’t matter, that gendering HIM is a futile task. Maybe, like the girls themselves, we’re supposed to recognize that evil transcends gender.

As a teenager watching the original run of The Powerpuff Girls (1998 - 2005), it never occurred to me that the villain HIM might be transgender. I’ve always taken his look at face-value: it is creepy. Red coat with trim, tall black jackboots, thick black belt, rosy cheeks – HIM seems to be Satan dressed like Santa, only instead of hands he has great big mechanical lobster claws. 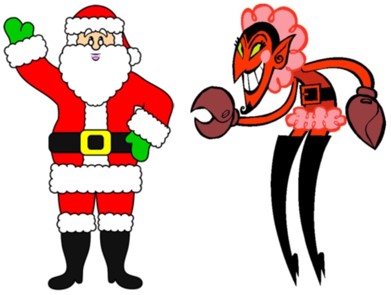 So it was strange for me to realize that people might see HIM as transgender. What I have always seen as a Santa coat others have interpreted as a women’s winter coat, a dress, or even as a shirt and tutu. Where I see black lips others see black lipstick. What I think of as Santa boots over cloven hooves others see high-heeled, thigh-high boots. 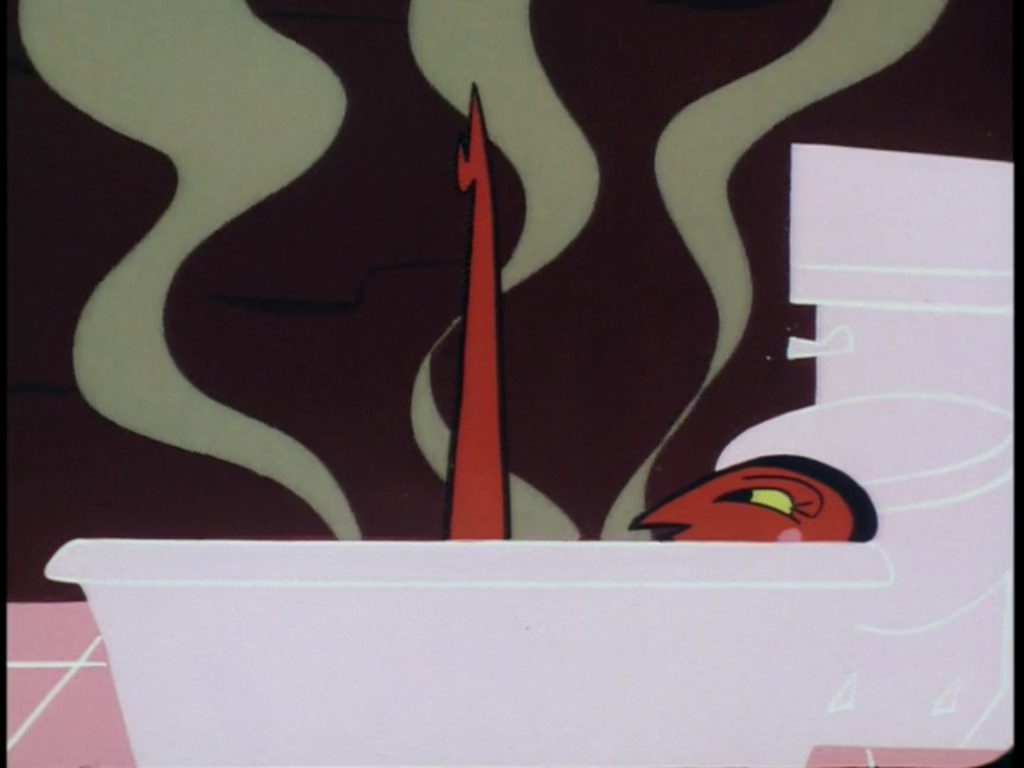 But even so, it wasn’t HIM’s gender-bending affect that made him an unsettling character. Some of my favoirte movies have boasted the talents of beloved trans and cross dressing characters, such as Rocky Horror Picture Show (1975), The Birdcage (1996), Some Like It Hot (1959), Connie and Carla (2004), To Wong Fu, Thanks For Everything! Julie Newmar (1995), and Pricilla, Queen of the Desert (1994). To characterize any of them as “creepy” would be a gross misreading of their characters.

HIM is creepy because he is a combination of opposites – Santa and Satan, snake-like curves and sharp points, person and clawed beast. Even his voice is half singsong and half unchecked rage.

Maybe it’s the voice (played by Tom Kane) that makes people wonder if HIM is transgender. But while it may be counterintuitive, it seems to be a universal truth that villainous males with a high-pitched voices are creepy. After all, look at Moriarty (Andrew Scott) in the new BBC series of Sherlock (2010 - ). The villain first introduces himself by just his singsong voice off-screen, and during the conversation his burning rage occasionally pushes through to the surface.

That combination of a sweet soprano with bursts of fury is exactly what makes Moriarty and HIM alike so unsettling.

According to Salon’s 2002 article on the show, the character of HIM was inspired by the Blue Meanies from Yellow Submarine (1968). Presumably it was the high-pitched voice of their chief that served as the inspiration, as it’s hard to find any physical similarities between the rotund, wooly Blue Meanies and the red, snake-like HIM. 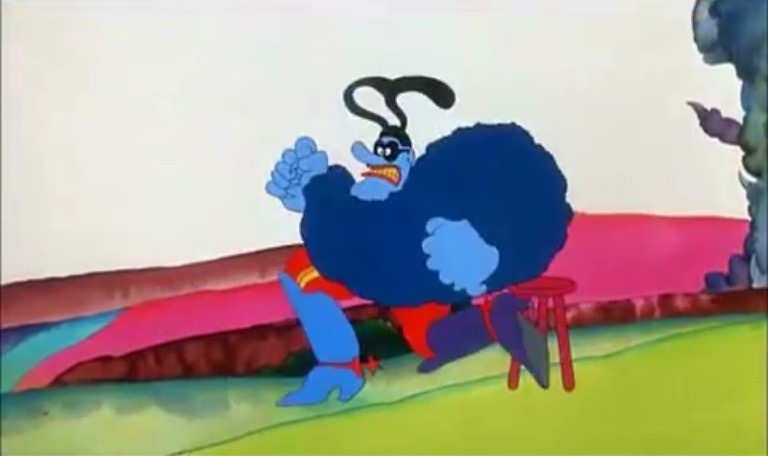 Even the Powerpuff Girls themselves seem to recognize HIM’s femme appearance. There’s no denying that when the girls are playing pretend in “The Powerpuff Girls’ Best Rainy Day Adventure Ever” (S2:E10), Buttercup dresses up as HIM by putting on rouge, black lipstick, and wearing what appears to be a feather boa. 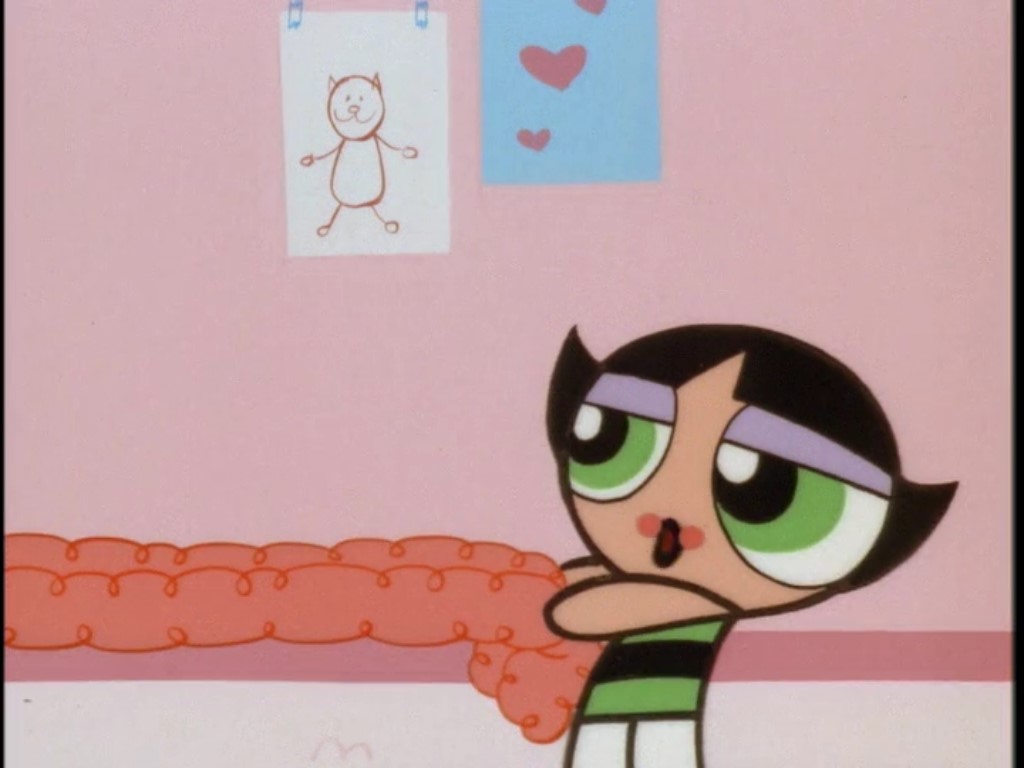 “I have the power, the skill, and the wardrobe…”

Perhaps that’s all she had to work with – after all, Blossom dresses as Mojo Jojo by wearing a bucket on her head. Or perhaps HIM is dressed as a woman after all. In this regard, however, HIM doesn’t stand alone. In retrospect, The Powerpuff Girls was uniquely fluid when it came to questions of gender. Sure, the show may also exhibit some performative aspects of femaleness – after all, the girls are made up of sugar, spice, and everything nice – but traditional gender roles were often warped and inverted. While playing pretend, all three of the girls dress as different male characters from the show. In multiple episodes, the male characters dress as females, including Professor Utonium (the girls’ dad), Mojo Jojo (their archenemy), and escaped convicts. 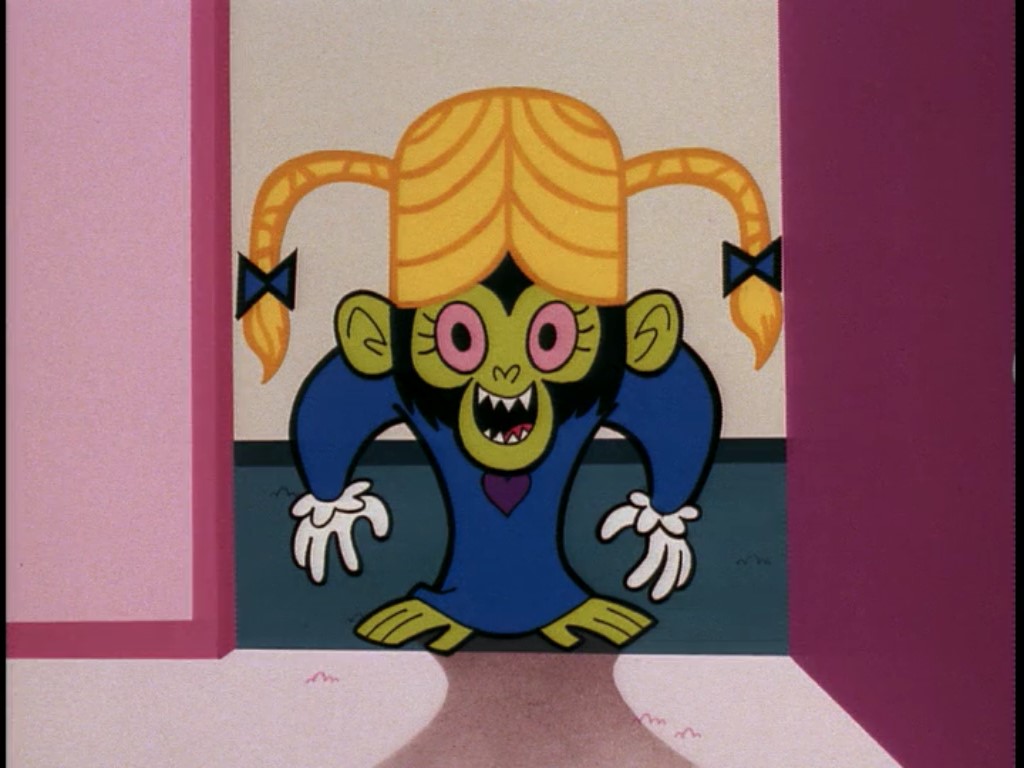 Furthermore, the Powerpuff Girls themselves don’t accept gender rolls. When a moving company carries a barbell set into the house next door, Blossom suggests the new neighbor might be “a highly intelligent female body builder.” When the Rowdyruff Boys tell the girls they’re supposed to cry when they get hit, Blossom replies, “What are you guys, new?” The girls even contradict their hero, the macho chauvinist superhero Major Glory, founder of the Association of World Super Men, by telling him that it is there dad – not their mom – who does the cooking, cleaning and laundry. 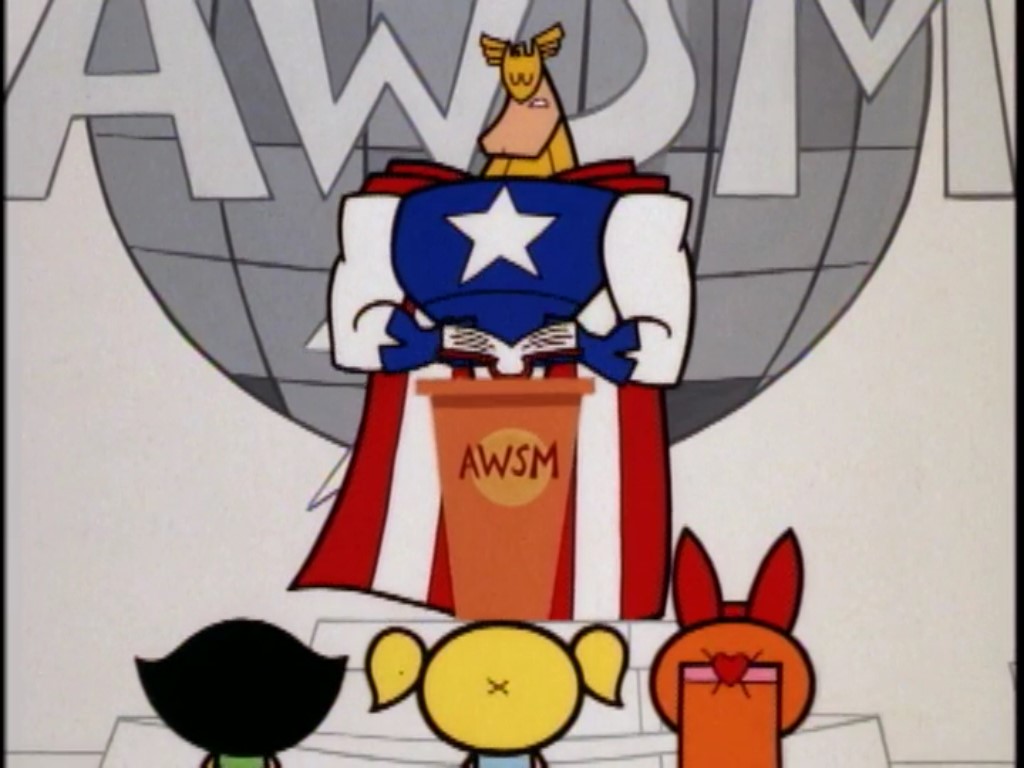 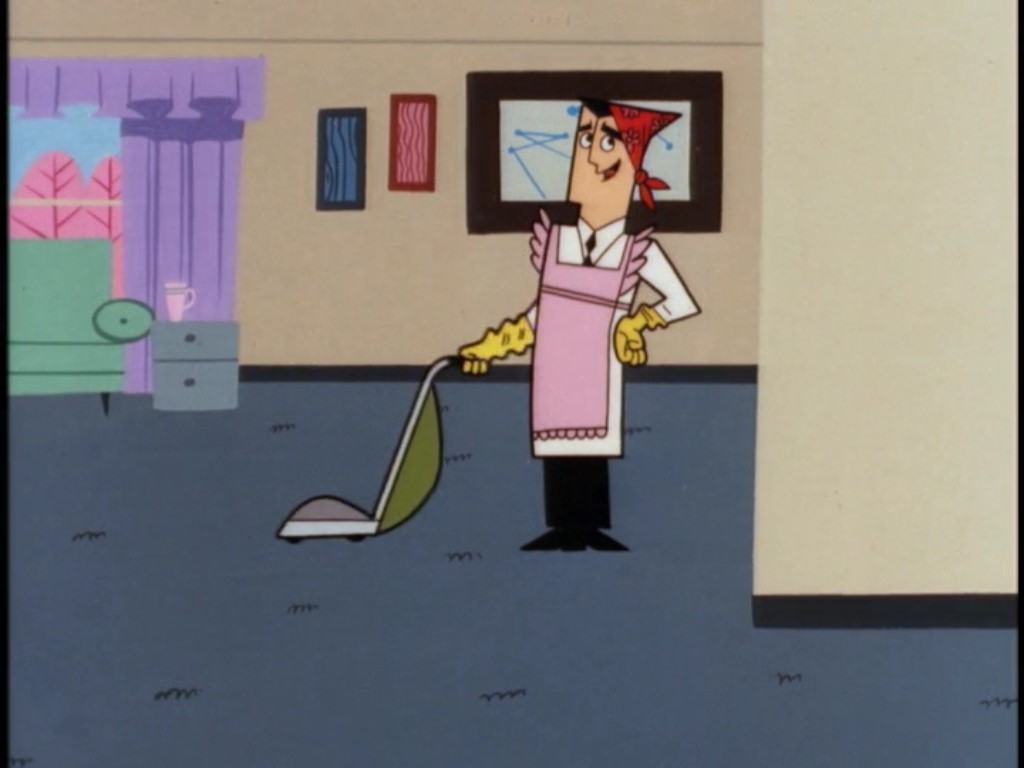 They go on to tell Major Glory it isn’t their dad who washes the car and mows the lawn, but rather Bubbles. This isn’t surprising because the girls themselves are a combination of stereotypically male and female gender roles. Show creator Craig McCracken has said he intended the Powerpuff Girls to be gender-blind: “I don’t think of them as girls; I think of them as kids. We’ve never said ‘what would a girl do?’ It’s always, ‘What would a kid do?’”

So, is HIM transgender? Maybe. It’s far more likely that it doesn’t matter, that gendering HIM is a futile task. Maybe, like the girls themselves, we’re not supposed to see gender. Or better yet, maybe we should see that evil transcends gender. After all, the Powerpuff Girls have many worthy adversaries, both male and female, so wouldn’t it be fitting that the ultimate evil portrays qualities of both?