In what ways is “Gilmore Girls” a feminist show?

Quick Answer: Amy Sherman-Palladino’s Gilmore Girls is an iconic feminist TV show for a number of reasons. The show endorses strong female role models, celebrates independent women and highlights the complexity of female friendships. Its main characters are altogether headstrong, hardworking and vulnerable. That said, the show doesn’t hit viewers over the head with a radical feminist agenda. Though feminist perspectives are peppered throughout the dialogue and storylines of Gilmore Girls, the show’s real success is its ability to seamlessly weave casual feminism into everyday life.

When Amy Sherman-Palladino pitched Gilmore Girls (2000-2007) to The WB, it’s unclear as to whether she knew the idea would become one of television’s most iconic feminist shows. But Gilmore Girls quickly proved to be TV’s equivalent to a double shot of caffeine, waking up the casual television viewer to a new and invigorating way for women to be portrayed on the small screen. That said, the show didn’t hit viewers over the head with its underlying feminism. Instead, Gilmore Girls provided a subtle look at gender equality that dismantled female stereotypes. It gave us two female leads who, powered by junk-food, coffee and rapid-fire dialogue, were intelligent, witty, vulnerable and hardworking. Without being dogmatic or sanctimonious, Gilmore Girls has endured as one of TV’s most beloved and effortlessly feminist series. 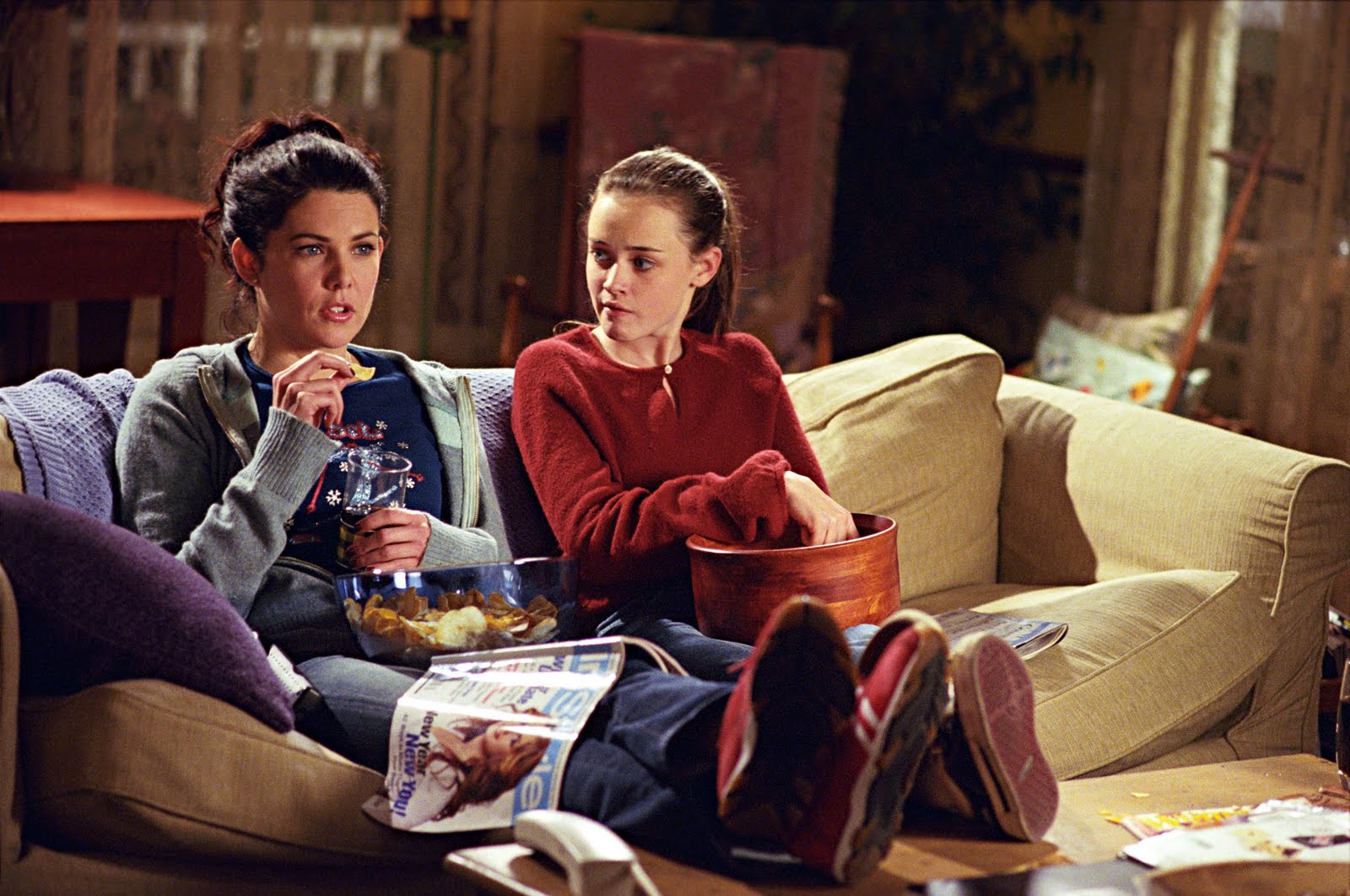 Originally conceived as a show about a mother and daughter, Gilmore Girls follows Lorelai Gilmore (Lauren Graham) and her daughter Rory (Alexis Bledel), to whom she gave birth at the age of sixteen. Much to her parents’ dismay, Lorelai chooses not to marry Rory’s father, Christopher, and leaves her cushy mansion in Hartford for Stars Hollow, Connecticut. There, in an unfamiliar town full of strangers, she creates a life for herself and her daughter, moving up the ranks at the Independence Inn from maid to executive manager.

Rather than dwelling on Lorelai’s years of struggle as a young single parent, Gilmore Girls instead focuses on Lorelai’s success and achievements. In Rory’s valedictorian speech in the Season Three finale, she summarizes, to an extent, the essence of Gilmore Girls: “My mother never gave me any idea that I couldn’t do whatever I wanted to do or be whomever I wanted to be. She filled our house with love and fun and books and music, unflagging in her efforts to give me role models from Jane Austen to Eudora Welty to Patti Smith. As she guided me through these incredible eighteen years, I don’t know if she ever realized that the person I most wanted to be was her.” The show endorses strong female role models, celebrates independent women and reveres uniqueness. 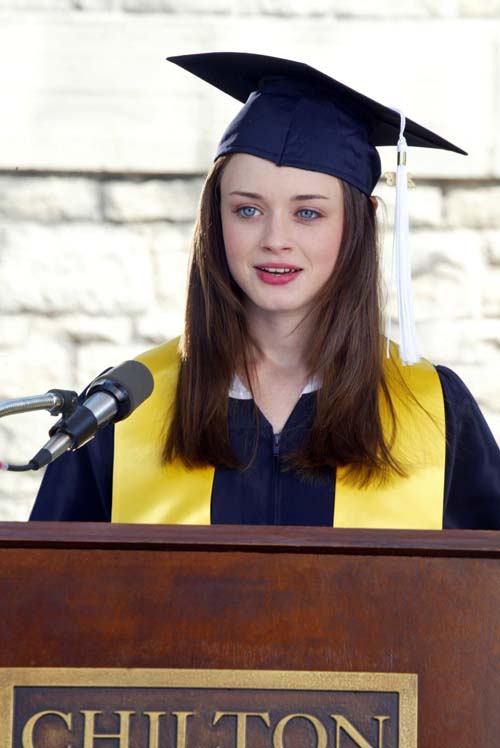 Rory and Lorelai aren’t the only characters who exemplify the show’s unwavering feminism. Stars Hollow is full of characters that defy gender stereotypes. There’s Gypsy the no-nonsense town mechanic; glamorous Miss Patty who runs a performing arts school; Taylor the neurotic, difficult, and whiny businessman; Mrs. Kim the stern and pious antique dealer; Jackson the sensitive produce guy; Babette the coarse-voiced gossip; and Liz the optimistic hippie jewelry maker. These characters run the gamut from stereotypically feminine to masculine, regardless of their gender. Moreover, the women of Stars Hollow own and run as many businesses as their male counterparts, a fact at which no one bats an eye. True to Gilmore Girls fashion, the show’s casual equality isn’t a part of some radical feminist agenda. It’s just the way things are.

Whether it’s Rory’s academic endeavors or Lorelai’s professional aspirations, Gilmore Girls always shows that you can do whatever you want if you put your mind to it. This mantra isn’t unique to the Gilmores. Rory’s best friend Lane comes from a strict, religious family who expects her to continue with Bible study and marry a smart Korean doctor before settling down to raise a large family. However, Lane is a music-loving punk who hides CDs under her floorboards and learns to play drums in Stars Hollow’s music shop. She starts her own band, Hep Alien, with three boys and goes on tour. Along the way she falls in love with a slow-talking, inarticulate white guy whom she ends up marrying. Lane, like many of Gilmore Girls’ characters, shows it’s okay to be a rebel and be true to yourself.

Though Lane, the Gilmores and many others are certainly headstrong characters, Gilmore Girls never shies away from exposing the vulnerability of both its male and female characters. The show simultaneously embraces individuality and companionship, as well as the the heartbreak that can come along with it. Rory first experiences heartbreak when her relationship with Dean ends. But Rory doesn’t put on a face or feign contentment. Instead, Lorelai encourages her daughter to grieve, especially if that grieving period is accompanied by junk food and a strict dress code of pajamas. She recognizes that heartbreak should not be something to be ashamed of, nor does it make you weak– two ideas that she hopes to instill in Rory. Love and all of its complications are central to Gilmore Girls, and both women have a number of love interests throughout the show’s seven seasons. Significantly, there is no “slut-shaming” in the show; sex is treated as something women want and enjoy. As Lorelai puts it, “It’s all any of us wants, a nice person to hang out with until we drop dead. Not a lot to ask!”

Perhaps more integral to the show than the romantic plotlines are the friendships. Female friendships are all-too-often portrayed as bitchy and deceitful. Gilmore Girls avoids these trite characteristics, instead showcasing challenging, loving and multifaceted friendships. Lorelai and Sookie’s friendship is an interesting case study, as the pair must navigate the transition from friends to business partners. In many ways, this could have soured their friendship. Sookie flakes on Lorelai many times during the construction of their co-owned Dragonfly Inn and is frequently more concerned with serving lunch than getting the business up and running. Though they do have their ups and downs, ultimately they are friends first; that bond is stronger than any business plan. 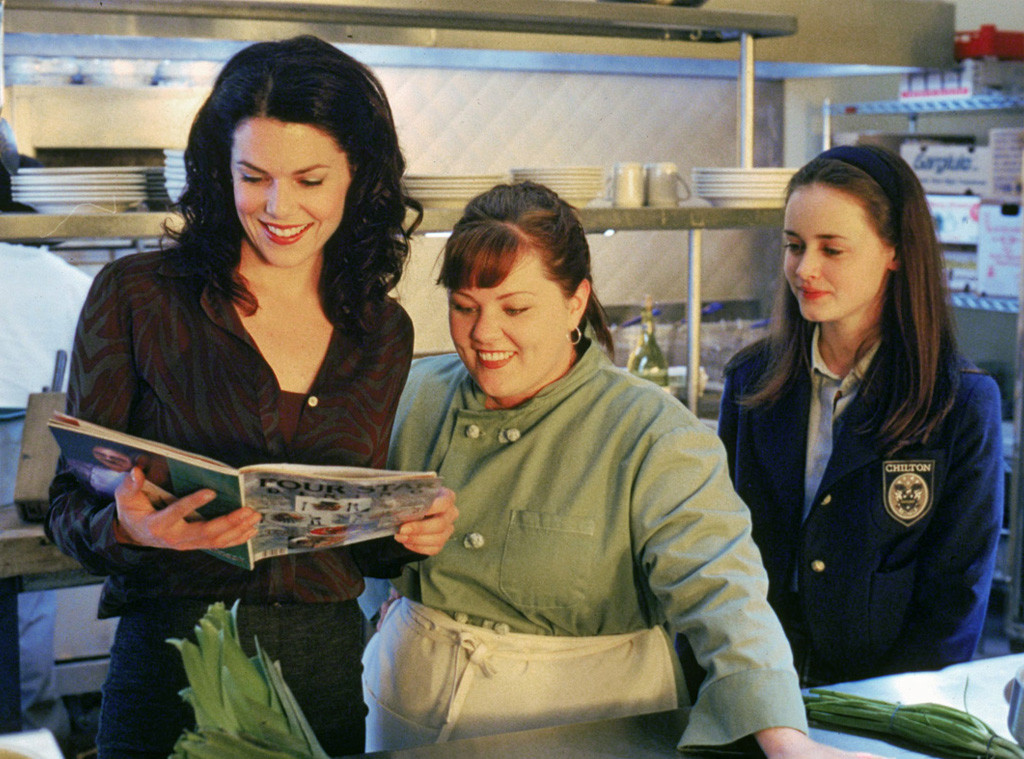 Lauren Graham as Lorelai, Melissa McCarthy as Sookie and Alexis Bledel as Rory

One of the most surprising friendships, and arguably one of the show’s best, is between Rory and Paris. Both incredibly intelligent and ambitious, the pair started off as rivals. They often competed over many of the same goals, such as being valedictorian, attending Harvard University, and becoming editor of Yale News. But over the course of high school they develop a mutual respect for one another and reluctantly consider each other a friend. Their friendship develops again at university, where, in the midst of continuing rivalry and frustrating demands, they realize that they can count on each other. Their relationship, which is based on the shared emphasis on diligence, perseverance and academic success, is a refreshing take on female friendship.

Gilmore Girls was ahead of its time in many ways. The show paved the way for many beloved shows in the years that followed, such as Ugly Betty (2006 - 2010), Veronica Mars (2004 - 2007) and Brothers & Sisters (2006 - 2011). Both Ugly Betty and Veronica Mars not only had interesting, multifaceted female leads, but also defied stereotypes we’d previously seen on television. They featured headstrong, independent women as their protagonists. Their respective narratives didn’t revolve around a male character or a love story. Veronica Mars examined Veronica’s relationship with her father and her aspirations to be a successful detective. Her love life was just a subplot. In the same vein as Gilmore Girls, Brothers & Sisters showed the complexities of family life. The series had three strong female leads in Sarah (Rachel Griffiths), Kitty (Calista Flockhart) and Nora (Sally Field). Each woman was successful in her own way. Celebrating strong, successful and at times vulnerable women wasn’t a radical statement in any of the shows. Much like Gilmore Girls, that celebration was depicted in an obvious, uncontested way.

Of course, Gilmore Girls is not perfect. Many people find Lorelai’s casual sarcastic comments and jokes about LGBTQ issues offensive. Some would also argue that the show is unaware of its white privilege. Despite these imperfections, Gilmore Girls touted acceptance and self-acceptance alike. Even though the show wasn’t afraid of some light (ok, maybe heavy) ribbing, it was never to the detriment of anyone’s character. 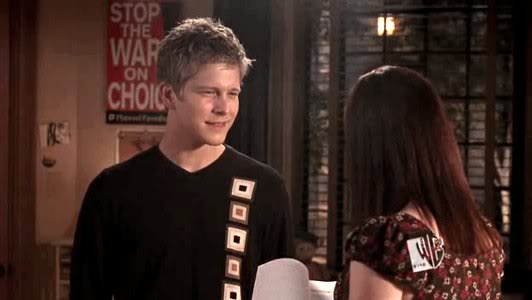 Though feminist perspectives were peppered throughout the dialogue and storylines of Gilmore Girls, the show’s real success was its ability to seamlessly weave casual feminism into everyday life. The series made a constant effort to inject its episodes with subtle references. There’s the planned parenthood poster on the wall in Rory’s room; the Season One episode “That Damn Donna Reed,” in which the traditional 1950s housewife image is challenged; and Rory’s lengthy reading list, which includes works by Sylvia Plath, Toni Morrison and Judith Butler. Furthermore, in showing the audience three generations of Gilmore women, viewers were able to see how ‘being a feminist’ has changed through the years. Although Emily is an open-minded, educated woman who stands up for women’s rights, she is a product of her time and adheres to traditions such as cotillion and the belief in ‘marrying well.’ However, this does not diminish her role as a strong woman in the series. Compared to Rory’s progressive independence, Emily may appear old-fashioned. The contrast highlights to a young audience the progress in the feminist movement and what it means to be a woman in the modern world.