In “The Lion King,” could Simba and Nala be half-siblings?

The Lion King (1994) may arguably be the masterpiece in the 1990s Disney Renaissance era. Upon release, the film was met with overwhelming critical and commercial success following a number of accolades (including the Academy Awards for Best Original Song “Can You Feel The Love Tonight” and Best Original Score, as well as the Golden Globe for Best Picture: Musical/Comedy). The majority of the film’s triumph stems from the characters, some of whom take inspiration from the personalities of Shakespeare’s Hamlet. The Lion King’s central couple, Simba and Nala, might correspond to Hamlet and his doomed romantic interest, Ophelia (although the humans reach a far less happy end than their lion counterparts). But while Hamlet, according to some critics, contains suggestions of incest between its Danish royals (if not in Ophelia’s and Hamlet’s case), The Lion King steers clear of the question of whether Simba and Nala could be related, even though the natural habits of lions lend credence to that possibility. 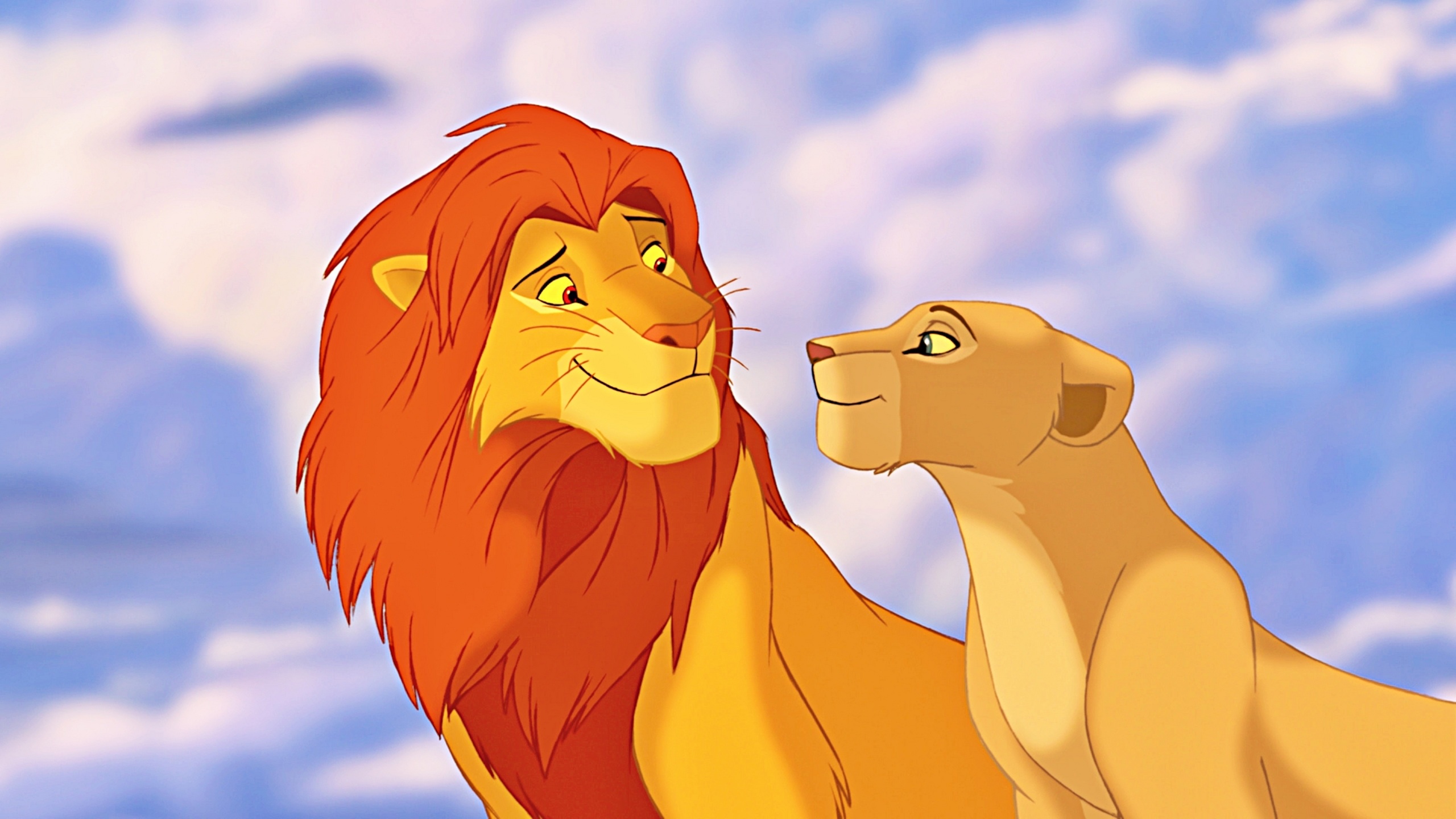 The pair know each other from childhood – Nala is introduced during a sequence in which we see her mother and Simba’s mother Sarabi bathing them both. Life is all sweet and innocent at this point, as we are expected to know that Nala’s mother and Sarabi are loyal wives raising their offspring. Disney evidently wants us to understand that Sarabi and King Mufasa are married and monogamous, with Simba as their sole cub. Like a normal family, right? However, the natural habitats of lions suggest that Simba and Nala could, in fact, be half-brother and half-sister through a shared father – the king of the Pride Lands, Mufasa.

In normal African wilderness, lion prides usually entail a very small number of males (sometimes just the one) with a larger group of females. Some zoologists comment that many male lions cannot live among one another, primarily due to competition and killing one another’s offspring. Male lions’ survival to adulthood is at a much lower rate than the females’. In The Lion King, there is no mention of other male lions in Mufasa’s pride, with the exception of his younger brother Scar, who lives on the edge of the community. As Scar is more or less isolated at the start of the film, Mufasa appears to be the primary male presence among the females of the pride. Therefore, it may be possible that he is Nala’s father, as she is the same age as Simba. During the eulogy led by Scar, she and her mother perhaps mourn his death with more personal grief than they would feel for a lion who was no more than their pride’s leader.

If Nala was Mufasa’s daughter, why would he not acknowledge her? Simba, who is a little older and male, would (according to most human monarchies in history) be Mufasa’s first heir and, more significantly, the next lion king. Do lion kings pay more attention to their male heirs than to their second, third or fourth-born daughters? History has certainly shown that to be the case for many human kings. Could this be why Disney kept quiet about Nala’s parentage and barely mentioned her mother’s name? As the animals are all humanised in The Lion King, the reveal that Mufasa fathered Nala after Sarabi gave birth to Simba could be interpreted as adultery. Even though lions do not have customs of marriage, let alone marital infidelity, this seems like a question that Disney would deliberately, for obvious reasons, try to avoid. 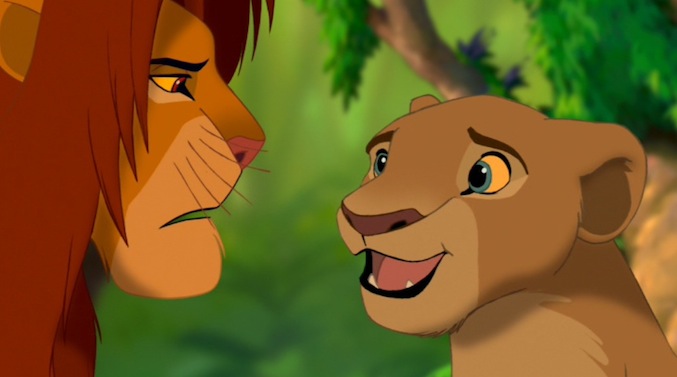 If not Mufasa, could Scar have fathered Nala? Nala possesses no features like Scar’s, and if the animators had wanted to imply the connection, they likely would have made visual suggestions of resemblance between the lions. (That said, despite their different appearances, Scar and Mufasa are siblings born of parents Ahadi and Uru, who had opposing features.) Even if the unlikely theory that Nala is Scar’s daughter were true, it would make Simba and Nala first cousins, so the incest problem would persist. Meanwhile, the idea of Mufasa being father to both Simba and Nala makes more intuitive sense, given the visual traits of the characters, and there are even a few lines in the film that may hint at it. For example, during a heated argument between Simba and Nala, the former says, “You’re starting to sound like my father” (referring to Mufasa). Nala responds, “Good. At least one of us does.” She implies that Simba is less like Mufasa, whereas she is more like him. At the very least, the line reminds us that Mufasa is a kind of spiritual father and role model to Nala and the other lions in the pride; at most, it may be a spoken nod to the likelihood that both Simba and Nala are Mufasa’s children. 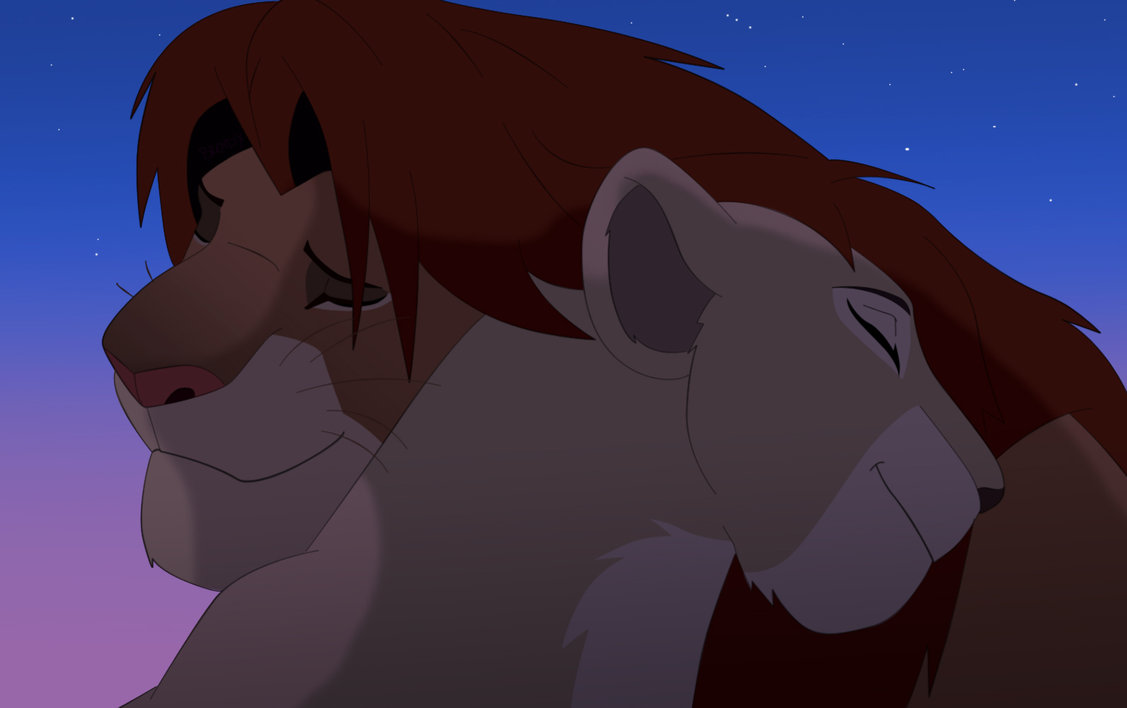 After their long-awaited reunion, the now adult pair begins to fall in love (as shown during “Can You Feel The Love Tonight”) and seemingly become an item by the final scene. Similar to Mufasa and Sarabi in the opening scene (“Circle Of Life”), Simba and Nala have produced an heir, who is held above the watching crowd to greet his future kingdom. With this repeated family scene’s overtones of ideal domesticity, Disney would no doubt like us to think that Simba and Nala were also married before cubs—but they’re lions. (Actually, humanised lions, so it’s possible they could have married off-screen.) Nevertheless, while the idea of a potentially incestuous relationship between Simba and Nala may sound a little too dark for Disney, at the same time it would be a nice touch of accuracy in illustrating the natural habitats of African lions, rather than using them solely to look at human relationships in animal shapes.