How does the real-life marriage of “The Good Wife” co-creators shape the show’s dialogue and outlook?

If there’s a show that relishes in argument for the sake of argument, it’s CBS’s The Good Wife (2009). Crafted around a Chicago politician whose wife reinvents herself after his sex scandal, the show was created by Michelle and Robert King, a real-life married couple. The couple and writing team hit their stride by combining the political scandal with the revived legal career of Alicia Florrick (Julianna Margulies), the title character. Each episode usually cuts between one legal case and one aspect of Alicia’s relationship with her estranged husband, Peter (Chris Noth), who is also undergoing a reinvention—as a trustworthy politician. The dual plot lines in the arenas of law and marriage allow the writers ample time for pithy dialogue, while the narrative also offers insight into the nature of the marital institution and what makes it succeed or fail. In the show’s seventh season, Alicia now interfaces mainly with her husband’s political advisors, but the subtext of her loyalty to him despite his previous infidelity and the end of their romantic relationship hangs in every scene. Alicia is publicly committed to Peter, but she’s going to let him know that she’s taking the high road. And, in turn, Peters remains affectionate and considerate to remind her of the good in their romance and earn back her trust. As we watch this subtle, gradual process unfold, we enjoy a constant stream of sharp wit and back-and-forth that is a primary source of pleasure for the audience.

The real-life marriage of The Good Wife’s co-creators results in a conversational tone that achieves unparalleled authenticity and entertainment. As a pair of observant writers who are evidently familiar with the discussions that take place in long-term relationships, Michelle and Robert King bring Alicia and Peter’s communication style center stage. Unlike in other legal and police series, which are centered primarily around outlandish and high-drama criminal cases, the legal plot developments in The Good Wife are often subdued and—dare we say—boring. But these plot arcs provide opportunities for the Kings to write Alicia’s impeccable legal arguments, which are outshined only by her persuasiveness with Peter.

Alicia helps her clients and her marriage by patiently and clearly conveying thoughtful arguments. Although she is often contemptuous of her husband and her legal opponents, she always maintains a calm demeanor. The writers use her prowess in both professional and personal life to draw similarities between court and marriage. This is especially apparent in the structure of a typical episode: there is an initial conversation in which the couple disagree on something (opening arguments); time away from each other as they further craft their own argument while attempting to poke holes in the other’s (“discovery”); a second conversation, in which each party’s initial point is revisited and cross-examined and in which new evidence is introduced (“trial”); and in the end Alicia usually persuades Peter of her argument, or a compromise is reached (“the verdict”). Any given episode may also include a plot arc within Lockhart Gardner—Alicia’s ex law firm—or Peter’s political team, two more examples of “marriages” of sorts. 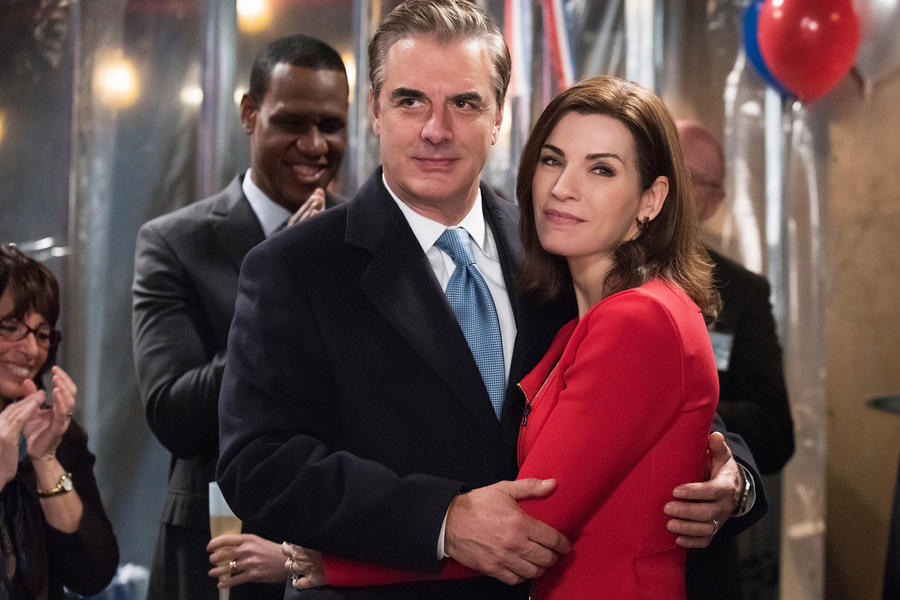 In comparing the plot arcs of each episode’s legal case with those of the Alicia and Peter’s marriage, Michelle and Robert King use dialogue and wit to suggest that in litigation, as in marriage, conflicts are successfully resolved by maintaining mutual respect. Just as plaintiff and defendant in a lawsuit must navigate through the legal process without being overtly contemptuous of the lawyers or officers of the court, Alicia and the other characters in the show achieve healthy relationships by communicating with openness, patience, and dignity.