How does “Rogue One” relate to the other “Star Wars” films?

Quick Answer: In Star Wars Episode IV: A New Hope, Luke Skywalker and Obi-Wan Kenobi must bring the plans to the Death Star (contained in R2-D2) to Princess Leia Organa. Set just before A New Hope begins, Rogue One: A Star Wars Story tells the story of the rebel team that went behind enemy lines to retrieve those plans from the Empire.

Rogue One: A Star Wars Story (2016) takes place just before the original Star Wars movies and focuses on a group of rebels, including new protagonist Jyn Erso (Felicity Jones). As the threat of the first Death Star looms large, the rebels are tasked with stealing the blueprints so they can take down the Death Star. These are the same plans Luke Skywalker finds in R2D2 in Star Wars Episode IV: A New Hope (1977). The crucial blueprints show the weakness of the port that Luke shoots through to blow it up at the films’s conclusion.

Some fans have theorized that the female lead, Jyn, could be the mother of Rey (Daisy Ridley), the protagonist Star Wars Episode VII: The Force Awakens (2015), as they have the same hair color and look vaguely similar. However, the timeline would not support this, as Jyn would be too old to be Rey’s mother. Daisy Ridley herself has shot down this rumor. 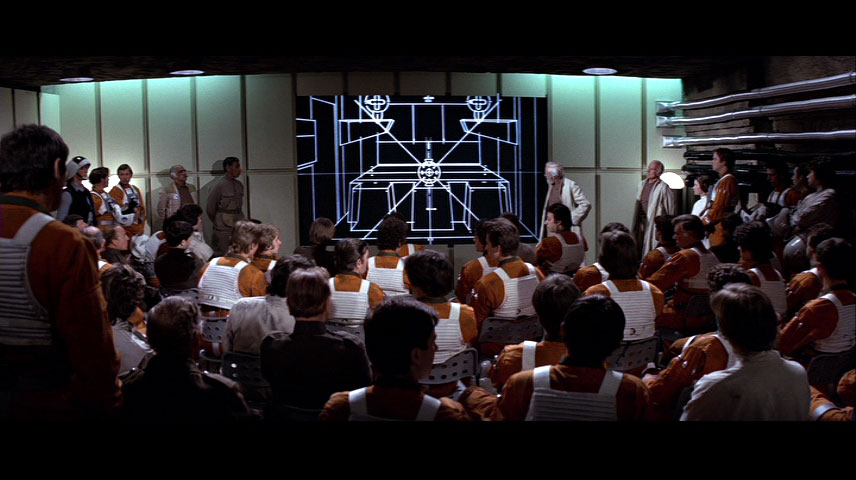 According to an unnamed source from The Hollywood Reporter, Rogue One ends 10 minutes before A New Hope begins. Entertainment Weekly has confirmed that it takes place 19 years after Star Wars Episode III: Revenge of the Sith (2005) and that Darth Vader will make an appearance. Still a background player, Darth Vader is not yet the powerful political force he becomes in the later films. But while Vader’s role in the movie will be small, his presence will cast a large shadow over the film.

Another returning character is Mon Mothma, the political leader of the rebellion. She appears in Star Wars Episode VI: Return of The Jedi (1983), and she is visible in the Rogue One trailer giving protagonist Jyn Erso her mission. 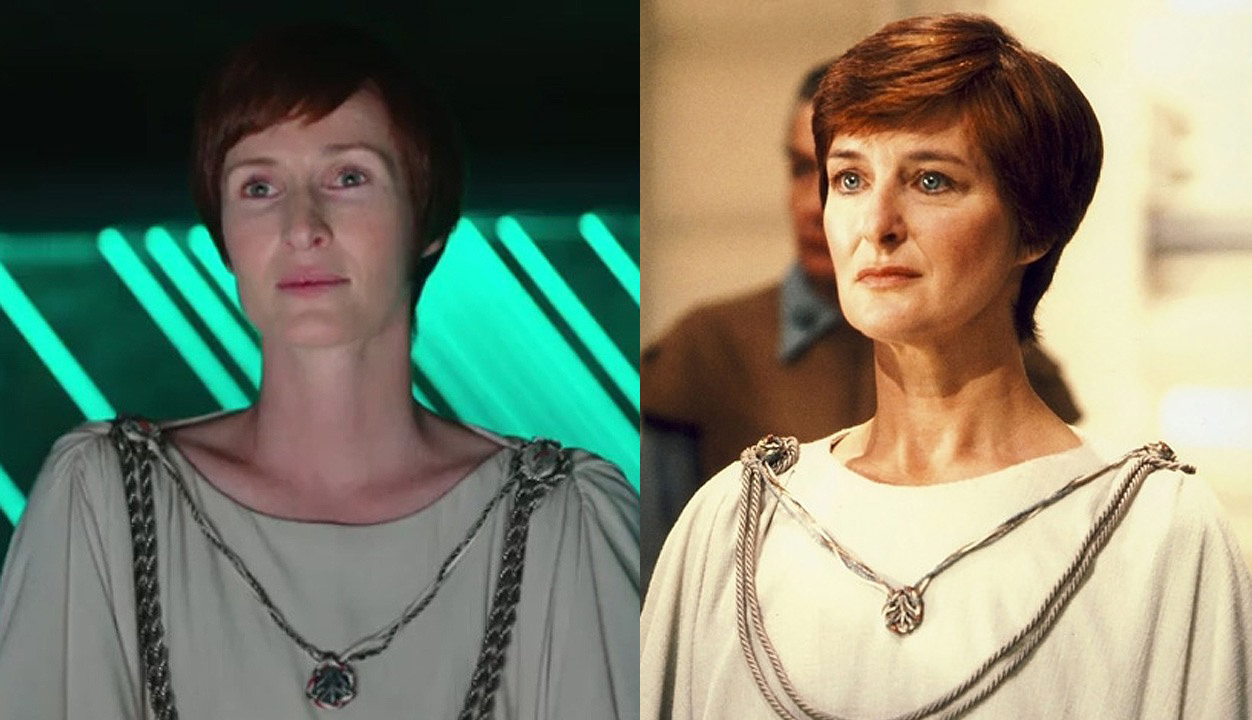 We will also revisit Forest Whitaker’s character, Saw Gerrera, who first appeared in the TV series Star Wars: The Clone Wars (2008) as a rebel extremist so dangerous and so radical that the rebels are barely sure he is on their side. He will appear in Rogue One as a grizzled veteran allied to the rebel cause, but once again it remains to be seen whether or not his interests conflict with Jyn’s.

New characters include Donnie Yen’s Chirrut Imwe, a blind warrior who believes deeply in the power of the force but cannot use it himself, his non-believer protector Baze Malbus (Jiang Wen) and the team’s lead pilot Bodhi Rook (Nightcrawler‘s Riz Ahmed). A new droid known as K-2SO, or Kaytoo Esso, will also join the cast, played by Alan Tudyk.

Rogue One is the first “A Star Wars Story” anthology film, a new series of movies that will run alongside the core saga, focusing on side characters or entirely new ones. They will be released every other year, in the off years between numbered episode films. Later installments will include a young Han Solo film but could potentially go into areas of the Star Wars universe we have never seen before.

Lucasfilm clearly wants to include familiar elements in order to ease audiences in to this new line of spinoffs, but they hope to explore uncharted territory. Lucasfilm Story Group’s Kiri Hart said at Star Wars Celebration, “I think [of] this as opportunity for us to tap into emergent directing talent out there and do some things that are unexpected.” Director Gareth Edwards has compared the tone of the film to that of a war movie, which will grant the film a very different feel to other Star Wars movies, even as it explores familiar characters and settings.