How did “Toy Story” grow out of a planned sequel to Lasseter’s “Tin Toy” short?

Many people don’t know that Pixar’s origins date back all the way to 1979. Then, they were Graphics Group, part of the computer division of Lucasfilm. It spun out as its own company in 1986 with funding from Apple CEO Steve Jobs, who became its majority shareholder and the company was named Pixar. As Pixar, it originally produced short animated films to promote Pixar Image Computers before dabbling in the area of narrative storytelling.

John Lasseter, a fired Disney employee, was working at Pixar during this time (he is now the Chief Creative Officer of the company). He assisted with the groundbreaking development of computer generated animation and in 1988 produced a short film called Tin Toy. The film takes place in one room and stars a character named Tinny, a tin one-man-band toy who is attempting to escape from Billy, a destructive baby. It was the third film Pixar produced under their animation division. Pixar was suffering financially, as their main computer promotion product wasn’t performing well, and these animated shorts were a risky investment for the company. When the company was on the verge of closure, Lasseter personally pitched Tin Toy’s production to Steve Jobs, who funded it (with $300,000 of his own money) because he felt a belief in the project and the passion motivating its creative team.

Tin Toy ended up winning Pixar their first Academy Award in the Animated Short category, and is the first CGI film to earn an Academy Award. It has since been adopted into the National Film Registry for its cultural significance, as it established CGI animation as a legitimate artform.

In 1990, Pixar sold its hardware division to Viacom and focused on the creation of software tools like RenderMan, one of the leading 3d packages of the early 1990s, and Typestry, a 3D text renderer that competed with Adobe AddDepth. Also during this time, Pixar maintained a friendly relationship with Disney, who spotted the potential in Pixar’s graphic work following Tin Toy. 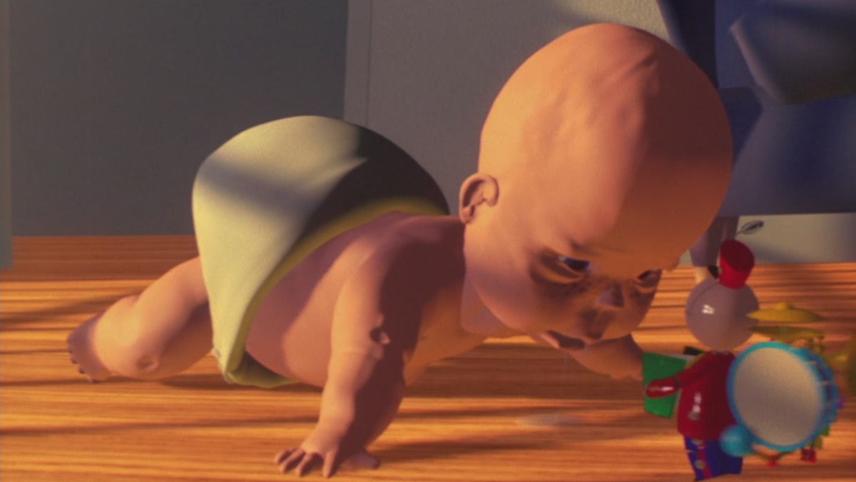 On Quora, a former NeXT employee (another Steve Jobs company) told an interesting anecdotal story about Steve Jobs’ attitude toward CGI storytelling at the time. He recalled, “I worked at NeXT the summer of 94. I was in the break room with 2 colleagues when Jobs walked in and started making a bagel. We were sitting at a table eating ours when he out of the blue asked us ‘Who is the most powerful person in the world?’ I said Mandela since I had just been there as an international observer for the elections. In his confident fashion he stated ‘NO!...you are all wrong…the most powerful person in the world is the storyteller.’ At this point I was thinking to myself ‘Steve, I love you but there is a fine line between genius and loco..and I think I am witnessing this right now.’ Steve continued, ‘The storyteller sets the vision, values and agenda of an entire generation that is to come and Disney has a monopoly on the storyteller business. You know what? I am tired of that bullshit, I am going to be the next storyteller.’ And he walked out with his bagel.”

If that story is true, the irony is that Disney saw the success of Tin Toy and eventually worked with Pixar to commission the creation of three feature films, the first of which was Toy Story (1995). It became the first full-length CGI feature film and spawned the evolution of Pixar into what it is today.

A sequel to Tin Toy had been planned after its victory at the Academy Awards, called A Tin Toy Christmas. It was to be a televised, half-hour Christmas special. The double-purpose of the project was to convince people CGI was a viable animation method. When the television studio that planned to produce it dropped the project, Disney stepped in. They weren’t interested in A Tin Toy Christmas, but instead transitioned direction of the concept to what became Toy Story. The idea was to take Lasseter’s foundation and create a story that reflected a particular vision: As David Price noted in his book The Pixar Touch, that “toys deeply want children to play with them, and that this desire drives their hopes, fears, and actions.”

Years later, in 2006, Disney bought Pixar outright for $7.4 billion, a transaction that made Steve Jobs the largest Disney shareholder at the time.