What is the Significance of the Cyclical Patterns in “The Place Beyond the Pines”?

Quick Answer: Circular storytelling abounds in Derek Cianfrance’s film The Place Beyond the Pines, a three-act epic about fathers, sons, and the pitfalls of ambition. Indeed, Cianfrance imbues his film with references to circles, repetition, and cycles. In some instances, these references are quite literal, such as the spherical cage that Luke rides around in on his motorcycle. Other patterns of repetition are more insidious, such as the cycle of corruption in rookie cop Avery’s police department. By placing his characters in hereditary cycles of immorality and corruption, Cianfrance demonstrates the difficulty of breaking repetition and creating one’s own destiny.

In the opening moments of The Place Beyond the Pines (2013), we meet Luke Glanton (Ryan Gosling), a tattooed and bleached-blond daredevil making his way through a crowded carnival. He enters a globular metal cage, straps on his helmet and boards a motorcycle. One hundred and forty minutes later—15 years in the world of the film—we see another young man mount a motorbike, similarly testing his fate as he skips town to head west. This sort of circular storytelling abounds in The Place Beyond the Pines, a three-act epic about fathers, sons and the pitfalls of ambition. By placing his characters in hereditary cycles of immorality and corruption, director Derek Cianfrance demonstrates the difficulty of breaking repetition and creating one’s own destiny. 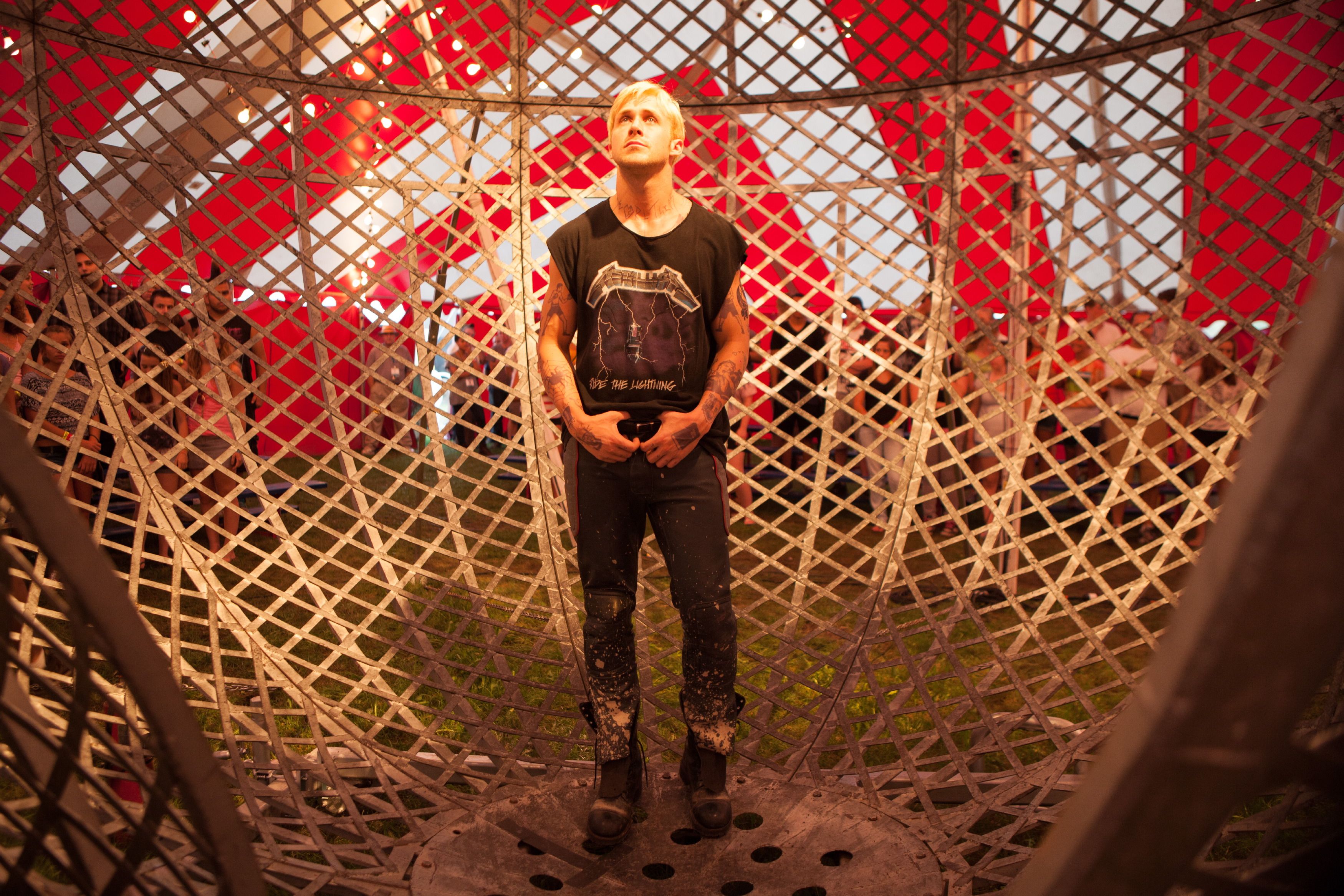 Ryan Gosling as Luke in The Place Beyond the Pines

The circularity of Luke’s story is highlighted from the film’s onset. Though Luke’s defining characteristic is his motorcycle, a vehicle which would seemingly suggest freedom, we first see him ride it in the aforementioned spherical cage at a traveling carnival. The scene speaks volumes about Luke’s story arc; he is literally trapped in a cage, riding his motorcycle in a circle without going anywhere. Around him are other symbols of circularity, including a Ferris wheel in the background. Additionally, the traveling carnival returns to the same places year after year. All of this cyclical activity suggests the continual return of the same action with no progress. It also leaves no room for Luke to settle or grow. His commitment to the carnival circuit prevents him from being in a committed relationship. While at the carnival in Schenectady, New York, Luke reconnects with his ex-lover Romina (Eva Mendes). After discovering that she has given birth to their now one-year-old son, Luke quits the carnival so he can stay close to his child, not wanting to repeat the same mistakes his father made. Not satisfied with the minimum wage salary of his part-time job, Luke uses the only skills he has—his motorcycle riding prowess—to rob banks. Much like the carnival, bank-robbing is another vicious cycle. With no room for growth or progress, Luke is again trapped in a circular cage of his own making. 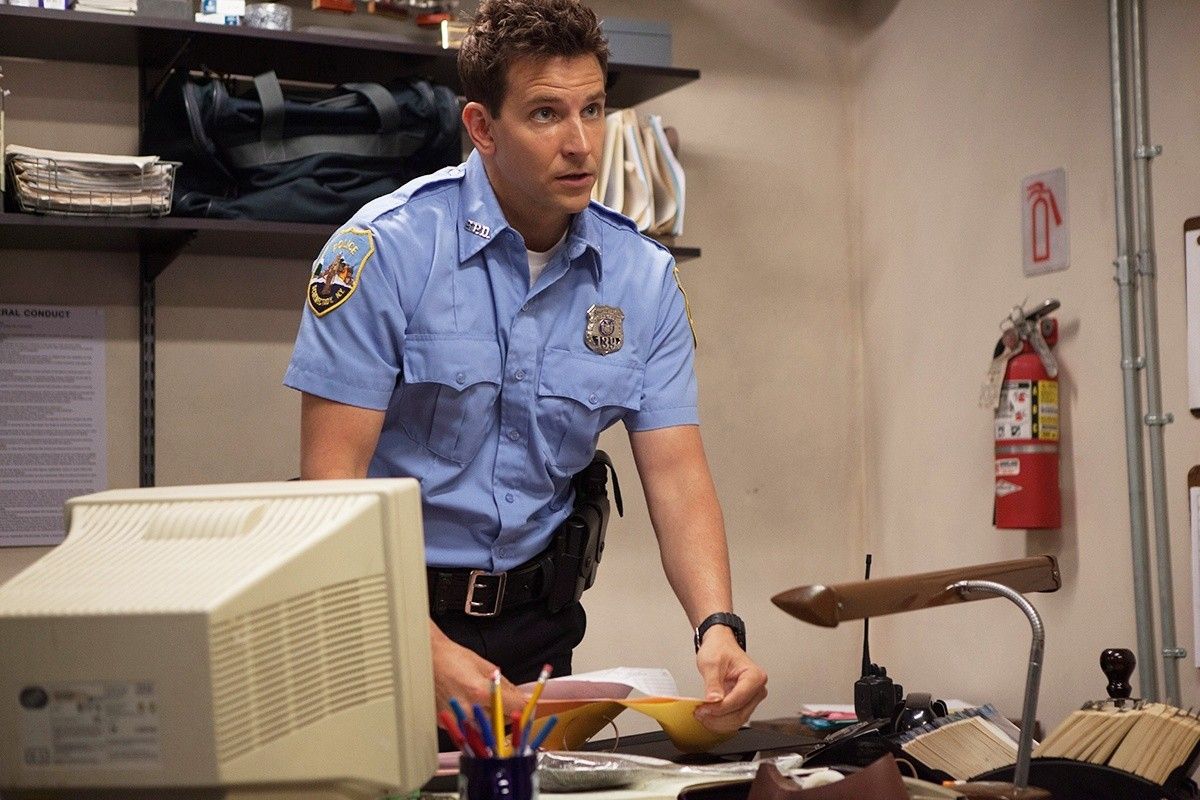 Bradley Cooper as Avery in The Place Beyond the Pines

The film’s second act concerns Avery Cross (Bradley Cooper), a rookie police officer who pursues and kills Luke during a heist gone awry. Following Luke’s death, the film’s story shifts to Avery, who must come to terms with his simultaneous guilt and newfound hero status. Like Luke, Avery also navigates a vicious cycle of criminality and morality. Avery is a young lawman who’s disillusioned by the cycle of corruption in the police department. However, he finds it impossible to expose dirty cops because the criminality goes right up the chain of command. It’s a matter of time before Avery becomes complicit in the police force’s perpetual nefariousness. He lies about the fact that he shot Luke first, claiming that the murder was an act of self-defense. Then, hoping to emulate his own politician father, he uses his hero status to launch a political career. Having pursued a law degree, Avery is next seen extorting an assistant DA job for himself in exchange for not revealing the police corruption to the press. Though initially presented as a doe-eyed cop, Avery’s descent into corruption feels inevitable and bitterly cyclical. Dane DeHaan as Jason in The Place Beyond the Pines

The Place Beyond the Pines comes full circle in the third act; Luke and Avery’s nefarious behavior has manifested itself in each man’s teenage son. Fifteen years after we meet Luke and Avery, Cianfrance introduces us to their respective children, Jason (Dane DeHaan) and AJ (Emory Cohen), both of whom have become involved in drug dealing. Although Jason doesn’t know his father’s identity—a request that Luke made to Romina—he seems to have inherited his dad’s unlawful tendencies, as seen when he steals drugs on a bicycle. Given that AJ is the son of self-aggrandizing Avery, it’s no surprise that his brush with drug use is swiftly covered up. Avery uses his political influence to have AJ’s charges dropped to a misdemeanor. Soon after, he is elected as New York’s Attorney General and has his son by his side after the victory. The scene implies that the institutionalized corruption will continue to roll along. For Jason, his fate is less clear. When he learns of his father’s identity and Avery’s role in his death, Jason seeks vengeance. He takes Avery hostage and holds him at gunpoint. But following a tearful apology from Avery, Jason reconsiders and leaves. Will he fall into the same cycle of stagnancy and criminality as his father? Though he skips town on a motorcycle, his father’s signature vehicle, his departure indicates a possible fresh start, a movement towards moral clarity. But fate has a funny way of circling back on us, and Jason may never be able to escape beyond the symbolically confining pines.