The Filmmaker’s Handbook: How are low angle shots used?

Have you ever wondered what makes Darth Vader such an imposing and scary villain? His big, black costume and endless mechanical breath are certainly part of it, to say nothing of his penchant for telekinetically suffocating people from across the room. But it’s also because of the way he is captured on film. More often than not, Darth Vader is shot using low angles—that is, shots where the camera is positioned below the mid-point of a subject’s vertical axis, making the subject appear taller, more dominant, and in the case of Vader, more frightening. It is a psychological shot, and one of the tenets of all cinematography. 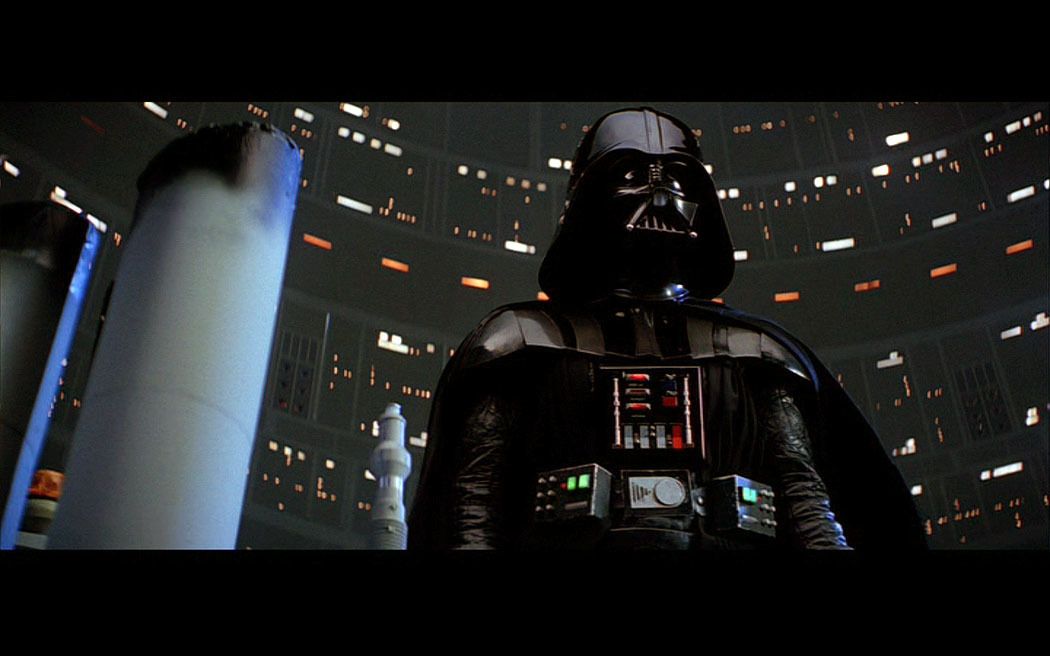 The low angle shot below, from Danny DeVito’s Matilda (1996), is used to bring the viewer into the perspective of Matilda. The shot provides the judge with an extra level of intimidation while helping the viewer connect with the emotions of the child.

Low angle shots can be coupled with other shots for further development. One of America’s famous love-him-or-hate-him directors, Michael Bay, uses a spinning low-angle shot in many of his movies. The shot often shows its subject coming to a realization about some form of looming devastation, and reflects the gravity and intensity of their discovery. This supercut couples all sorts of Michael Bay low-angle-spin shots together in one handy video:

In Christopher Nolan’s The Dark Knight (2008), The Joker (Heath Ledger) is shot with many low angles to emphasize his sincerity as a villain and his indestructible nature. This is particularly true on the streets of Gotham following the moment where Batman (Christian Bale) flips over his truck. The low angle shots let his crazed (and durable) nature shine through. 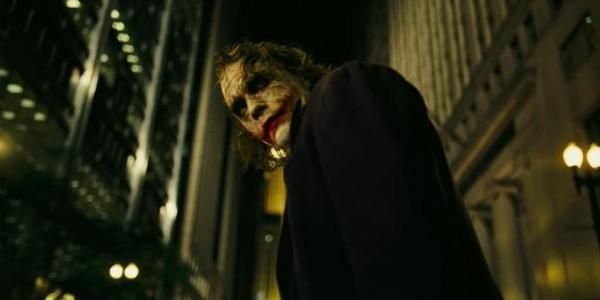 This low-angle, close-up, deep focus shot used in Full Metal Jacket (1987) establishes Sgt. Hartman (R. Lee Ermey) as an authority figure, accentuating his naturally intimidating personality. When he asks, “Do I make you nervous?” the answer is unarguably “yes.” 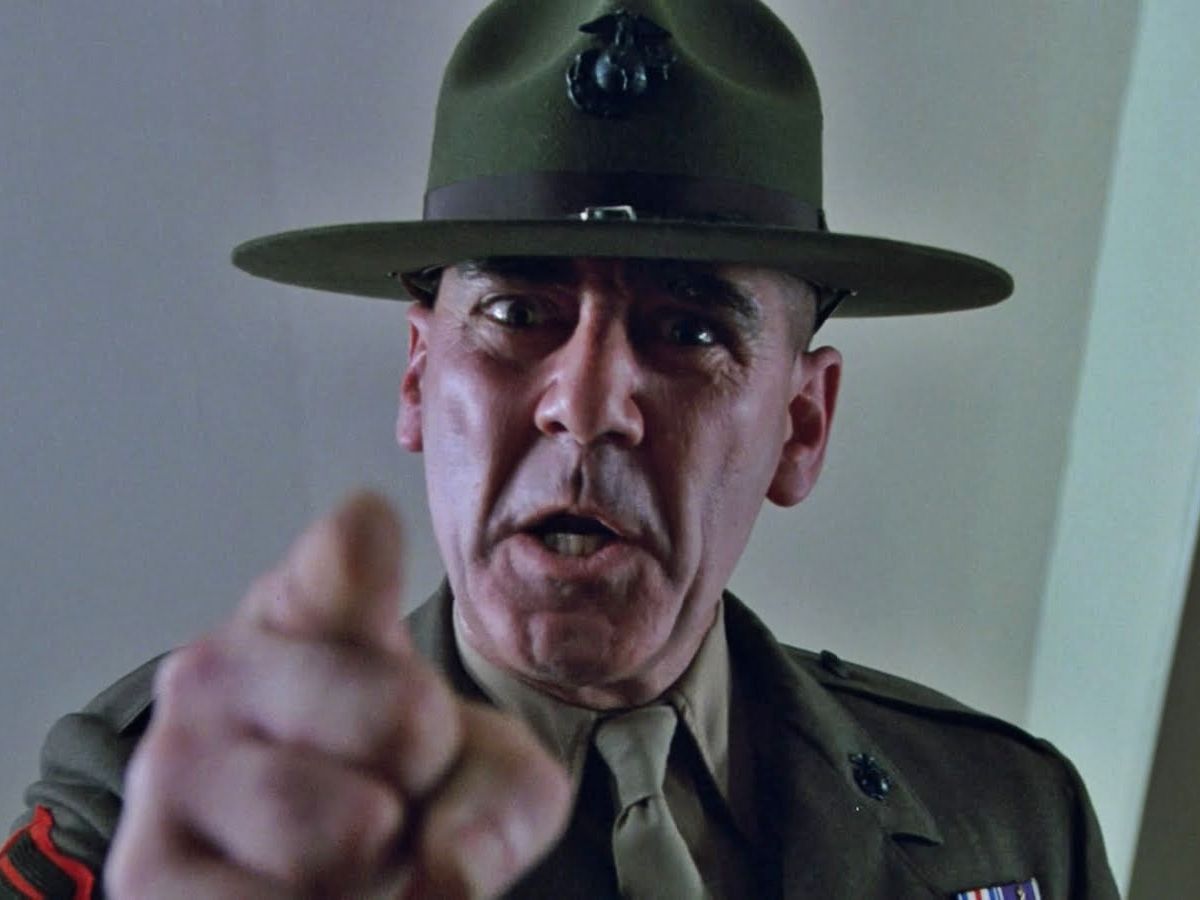 The low-angle shot below has become a famous brand of the technique, colloquially dubbed the “trunk shot” for obvious reasons. Here, from Tarantino’s Reservoir Dogs (1992), we see the antagonists as threats and feel the weight of their malice through being “placed” in the trunk of a car.

Low-angle shots don’t always have to be used on people. The famous Bates house from Psycho (1960) is usually depicted in a low-angle wide shot, developing the demonstrative existence of the mansion. The house is nearly its own character within the film thanks to its ominous presentation. The television series Bates Motel (2013) regularly presents the house in the same manner. 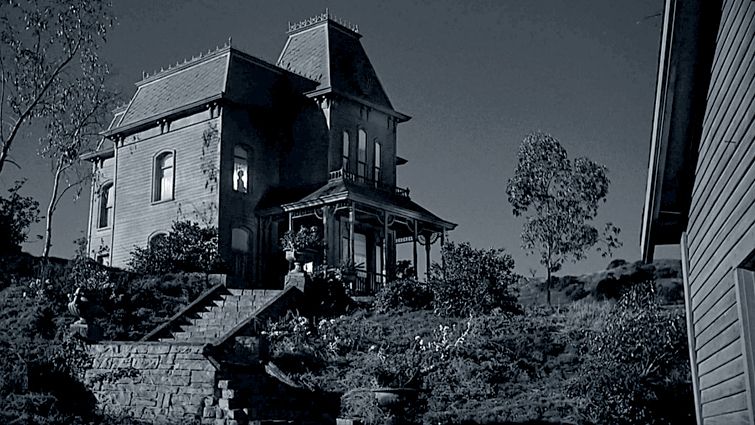 Finally, low-angle shots can serve thematic purposes. In There Will Be Blood (2007), Paul Thomas Anderson uses a low-angle shot to juxtapose the authoritative presence of Daniel Plainview (Daniel Day-Lewis) in front of a cross as he repents his sins in front of the congregation and is humiliated before all present by Eli (Paul Dano), the preacher. 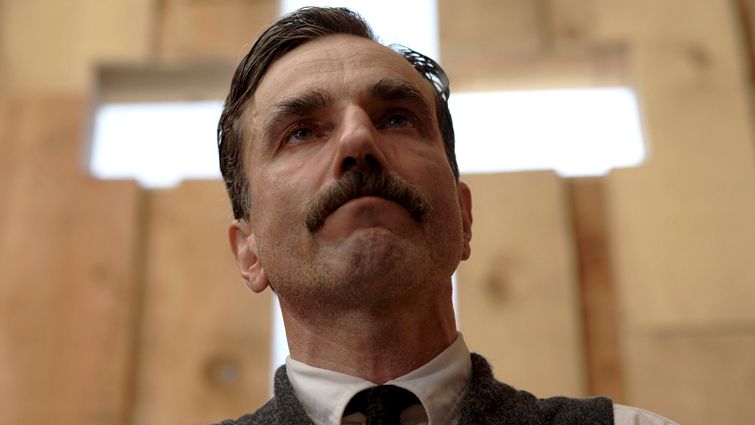 The low-angle shot is one of the hallmarks of cinematography and makes an appearance in nearly every film. Understanding its use and effect is critical for any filmmaker, as it has the power to transform characters, amplify drama, and work for thematic benefit.