Q: What is Miss Fisher’s Murder Mysteries derived from?

The Australian crime drama television show Miss Fisher’s Murder Mysteries (2012 - ) is based on the series of 20 novels by author Kerry Greenwood. In 2011 the novels were selected by producers Deb Cox and Fiona Eagger for their new show because of the books’ wide audience.

Gold plated revolver in her purse, knife in her garter, the ultimate in style and sophistication, aristocratic lady detective the Honourable Phyne Fisher is one cool dame. What other women in the 1920s would dare to drive a racecar, fly a plane, and still have time to solve mysteries and take care of a ward? Who is this woman? And where did this character come from? 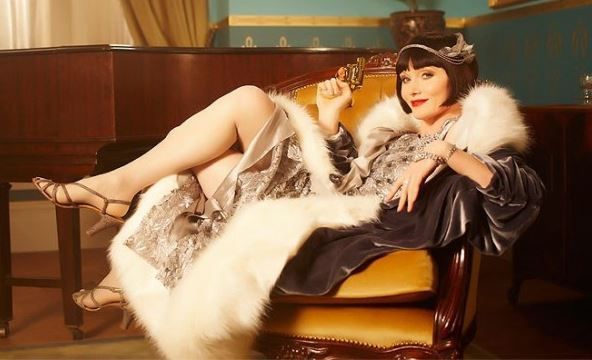 The Australian crime drama television show Miss Fisher’s Murder Mysteries (2012 - ) is based on the series of 20 novels by author Kerry Greenwood. Greenwood was granted her first writing contract in 1988, a two-book deal about a detective set in 1928, and Greenwood soon found herself facing writer’s block. In the foreword to the compendium of the first three Miss Fisher novels, she described coming up with the character of Phryne Fisher while riding the subway:

“A lady with a Lulu bob, feather earrings, a black cloth coat with an Astrakhan collar and a black cloche jammed down over her exquisite eyebrows. She wore delicate shoes of sable glace kid with a Louis heel. She moved with a fine louche grace, as though she knew that the whole tram was staring at her and she both did not mind and accepted their adulation as something she merited. She leaned towards me. I smelt rice powder and Jicky. “Why not write about me?” she breathed.” 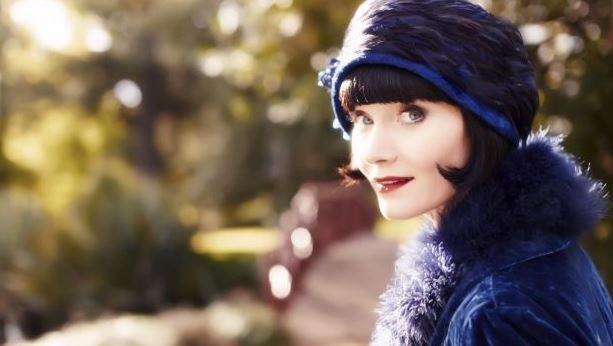 Greenwood wrote the first novel Cocaine Blues whih was published the next year, and went on to write 19 additional Phryne Fisher novels so far.

In 2011 the novels were selected by producers Deb Cox and Fiona Eagger for their new show because of the books’ wide audience. Eagger told If Magazine that the producers “were a bit curious to know what it was about it that could appeal to a 16-year-old and a 70-year-old.”

The answer was simple. Eagger described Miss Fisher as “one of the first feminists. She chooses to live alone, she chooses not to get married. She’s got many lovers. She’s a bit of a James Bond action hero – she’s much better dressed than James Bond though.” 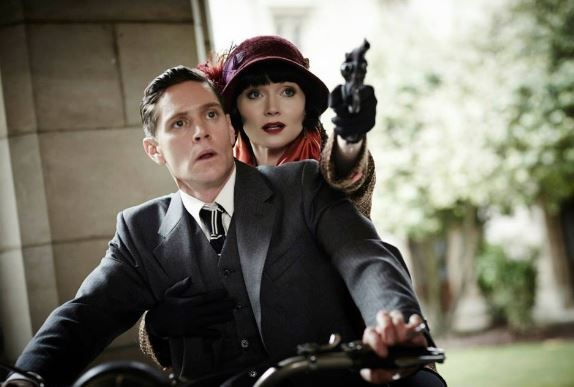 While the show’s Phryne remains true to the novels’ character, there are a number of differences between the show and the books: Phryne’s sister Jane, for one, is not dead in the books, nor is Mrs. Butler; in the books Phryne adopts not just Jane, but Jane’s friend Ruth as well, and Phryne’s companion Dorothy “Dot” Williams is not afraid of electricity and was hired by Phryne off the street; arch nemesis Murdoch Foyle was invented for the show.

But much of the original novels remains, notably the feel of the time period, the major characters, and most importantly, Phryne herself. She is every bit her own woman, fully capable in every way, who does what she wants despite what is deemed “appropriate behavior” her time period. 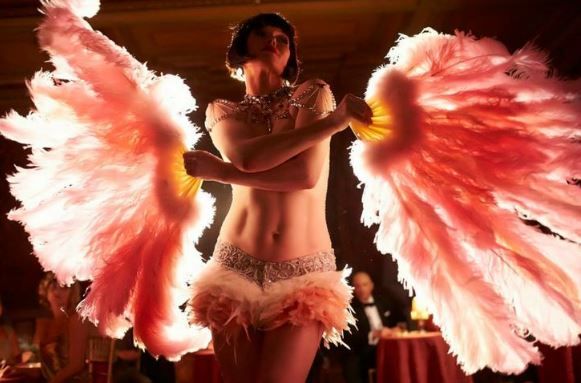