On “C.S.I.,” how accurate is the portrayal of crime scene investigation?

Quick Answer: Unfortunately for fans of the procedural favorite, much of the forensics on C.S.I.: Crime Scene Investigation is flawed. From the way evidence is collected to the speed and accuracy of the scientific testing, very few scientists and lab technicians would point to C.S.I. as a correct portrayal of crime scene investigation. Despite the show’s inaccuracies, it has catalyzed an interest in the sciences and forensic science in particular. Many schools have added classes and even degrees to accommodate the increase in students who want to study forensic science.

When I took forensic science in college, one of the most controversial television shows in my class was C.S.I.: Crime Scene Investigation (2000 - 2015). Some of my peers took great pleasure in gloating over their knowledge that C.S.I. was a big fat lie. It never bothered me any – I may have been a little disappointed to learn the truth, but it never stopped me from enjoying the show. My peers, however, spent many an afternoon discussing all the forensic science that the show got wrong.

Their first issue was with the lack of distinction between the jobs of the crime scene investigators. Evidence collection is generally not performed by the same people who run the tests in the lab, especially in a big forensic lab like the one in Las Vegas. Having a dedicated evidence collection unit has a number of advantages, not the least of which is team members know the procedures for handling, storing, and documenting evidence so that it is not damaged, contaminated, or lost. Blood stains, fibers, bullet casings, fingerprints, tire tracks, and footprints are all collected in vastly different ways. Having a lab technician who is used to working with blood samples try to make a cast of tire tracks in mud could be disastrous, and having extraneous people at a crime scene can damage or contaminate evidence. This is also why crime scenes are closed to all but the necessary personnel, and the lab technicians generally remain in the lab. 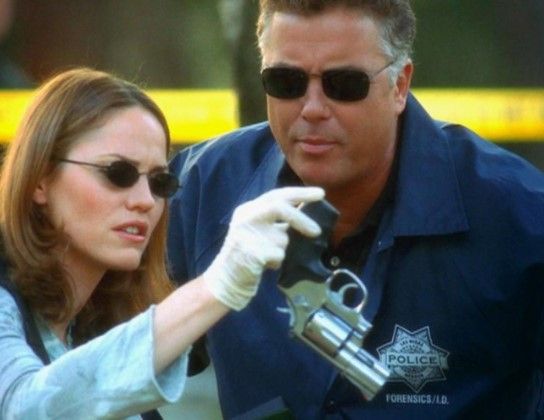 Furthermore, the lab technicians are likely to be specialized; the person doing firearm analysis is probably not also running DNA tests or comparing fingerprints. Tests are much more likely to be performed by separate departments, such as ballistics, trace analysis, fingerprint analysis, toxicology, entomology, and blood spatter analysis.

It’s even less likely that any of these scientists will have a badge or a gun, question witnesses, or interrogate a suspect. Crime Scene Investigators are usually civilians, rather than law enforcement. The job of the crime lab is to determine facts based on evidence. In fact, ideally a lab technician will only focus on the single piece of evidence they are processing, rather than be involved in the ‘case’ so that the evidence interpretation is unbiased. Knowing, for instance, that the suspect is an ex-criminal or that the police believe they know what a substance is might make a technician less likely to be objective with the results. 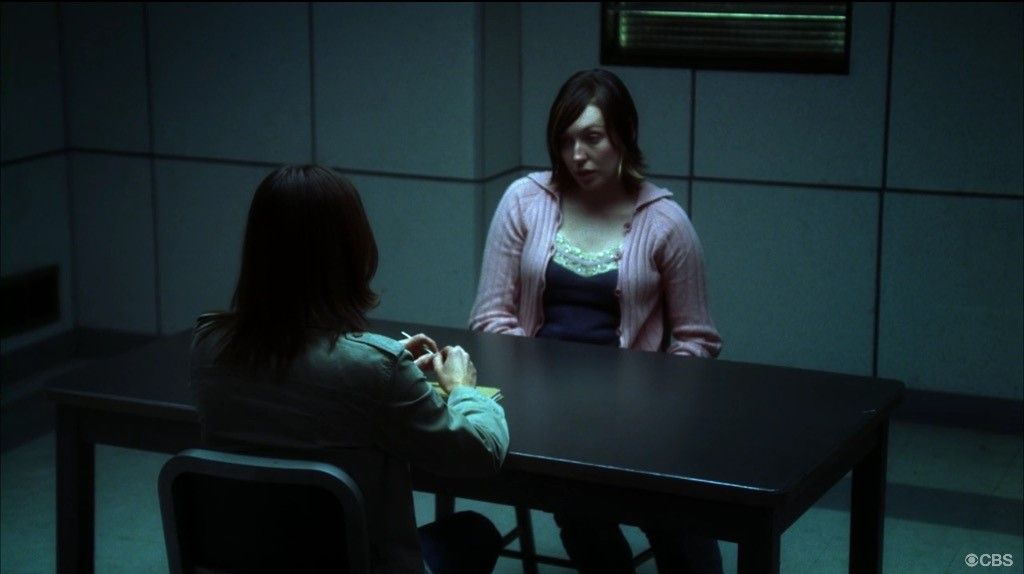 This is what happened in a Massachusetts crime lab, where chemist Annie Dookhan was accused of identifying samples based on what they were suspected to be, rather than running tests to determine what they were, and even of adding cocaine and heroin to samples so that they would test positive. Dookhan was sentenced to three to five years in prison, and many of the drug cases she was a lab technician for are likely to be thrown out, as any samples she could have tampered with cannot be retested. So far, of the 34,000 cases she worked on over the 8 year period, more than 280 have been dismissed.

While the average Boston crime lab chemist ran a meager 3000 tests a year to Dookhan’s 10000, each episode of C.S.I. is devoted to only one or two cases. What’s more, everyone working in the lab also seems to be working together on those cases. Since evidence takes time to procure and tests take time to run, if a crime lab devoted all its time to two cases at a time they’d probably only solve about 20 crimes a year. According to the Las Vegas Review Journal, in 2015 there were 136 homicides alone in Las Vegas, which would leave hundreds of unsolved crimes a year.

Which brings us to the next major point of contention: the technology. While many of the instruments used and tests performed on samples are real, their uses and results are often overly simplified. For one thing, as wonderful as modern technology is, it still takes time to run tests on samples. In fact, many instruments typically take minutes, not seconds, to test a single sample. The length of time is dependent on the instrument’s settings and sample preparation, such as what solvent the sample is in, the temperatures of different parts of the instrument, and the speed the temperatures change at, all of which in turn need to be optimized for the specific sample being tested. Additionally, some tests take longer due to the number of tests requested daily; for instance, DNA can take weeks to identify due to backlogs of evidence.

Also, instruments aren’t designed to spit out a piece of paper with the word “heroin” typed on it. Most instruments produce some form of a graph, which means reading the results also takes expert knowledge. If it didn’t, you wouldn’t need a degree to run the tests. As a result, the show contains many gross simplifications.

A mixture separated into its parts by gas chromatography. The lines shown in the Mass Spectrum indicates that the sample is cocaine.

Many of the tests on the show are presumptive, such as the Kastle-Meyer test. In real life this test indicates that blood may be present, not that a sample is definitively human blood. Other substances may also result in a positive Kastle-Meyer test, such as animal blood residues. Certain vegetables like potatoes and horseradish can even result in false positives. Luminol is also a presumptive test; substances that may result in a positive test include bleach, copper, and cigarette smoke residues. These types of tests require confirmatory tests to be performed in the laboratory to positively identify the substance being tested. However, they are frequently misused on the show, and characters are able to identify a substance in ways that are beyond the test’s capabilities. 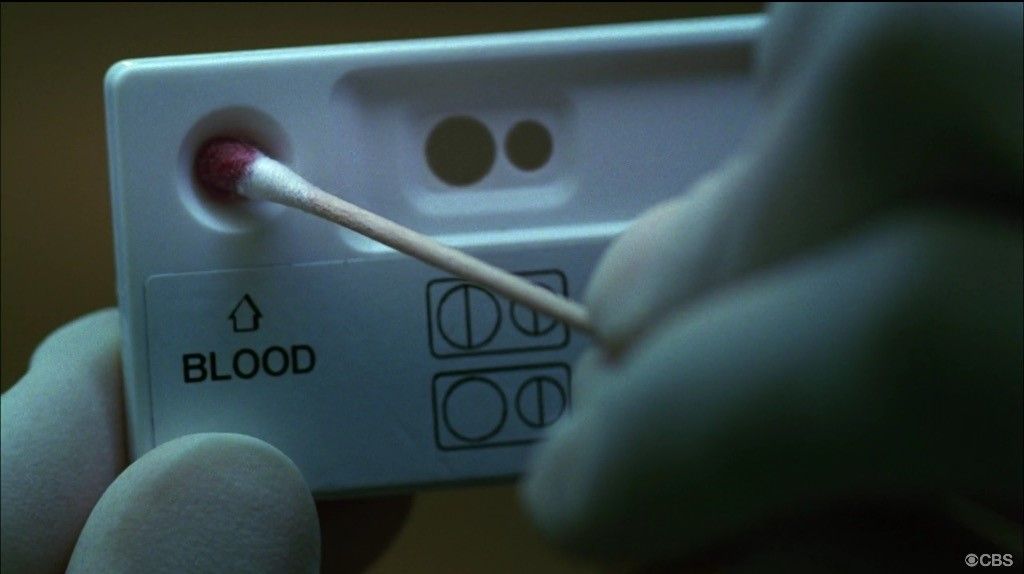 Warrick Brown (Gary Dourdan) uses a blood card, then promptly announces the sample is not only blood, but is a match to the victim: “DNA doesn’t lie.”

Further, even evidence tested by scientific instruments is rarely found to be conclusive; rather, most tests conclude identity with a certain probability. For instance, a DNA test might indicate that a blood drop will match one in one billion people (i.e. 8 people worldwide) including the accused; prosecutors then use this to show the likelihood of another individual with the same DNA characteristics. Not only knowing the victim but having the means, motive, and opportunity to commit the murder is beyond probability.

Finally, my peers bemoaned the so-called C.S.I. effect. Named after the television show, it refers to the general public’s misguided belief that all crime scenes will result in recovered DNA and fingerprint evidence which will definitely point to a suspect. This is because on the television show, this evidence is almost always present and leads definitively to the criminal. In actuality, both DNA and fingerprints can be difficult to find, recover, and identify.

Unfortunately, in real life, partial prints are often recovered and therefore may not be usable to definitively identify suspects. Sometimes prints cannot be lifted from items used in crimes, such as the contoured and patterned handles of some knives and guns. And finding DNA evidence requires a perpetrator to not only leave such evidence behind but also for investigators to find and collect it. In violent crimes this could mean collecting and testing every single drop of blood at a crime scene, which simply isn’t practical.

Instead, evidence collection units use their expert knowledge to determine which samples are most likely to lead to useful evidence. In the case of a violent crime, this means determining the likely sources of blood at a scene and collecting samples which are more likely to be from injuries to the perpetrator than the victim. This is in stark opposition to the practice of collecting a single blood sample from the pool of blood next to a victim’s wound, as was the case in “Coming of Rage” (S4:E10). 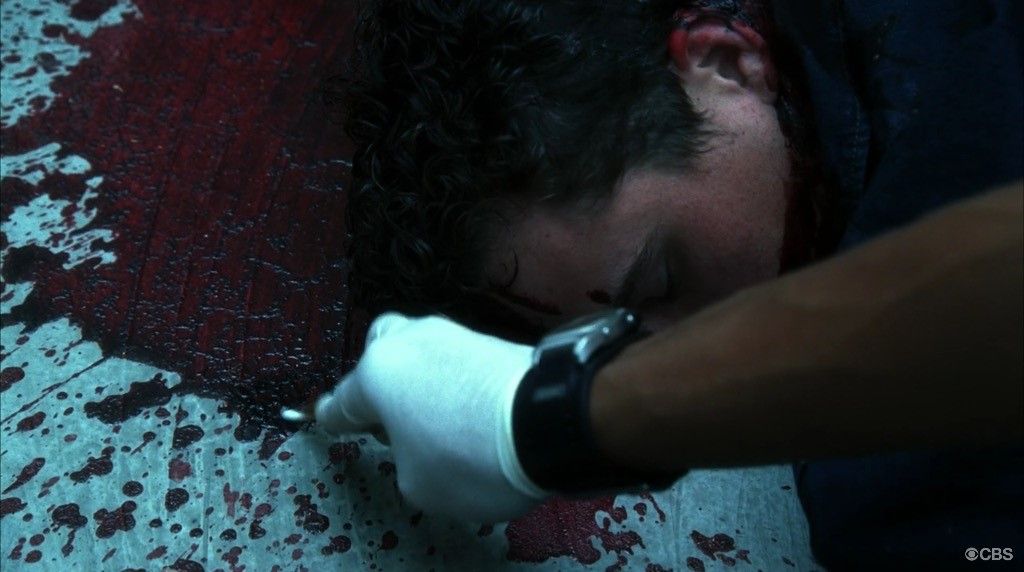 Warrick Brown takes a single blood sample near the victim’s head at the blood spattered crime scene below to “see if it’s all [the victim’s]” in “Coming of Rage” (S4:E10). 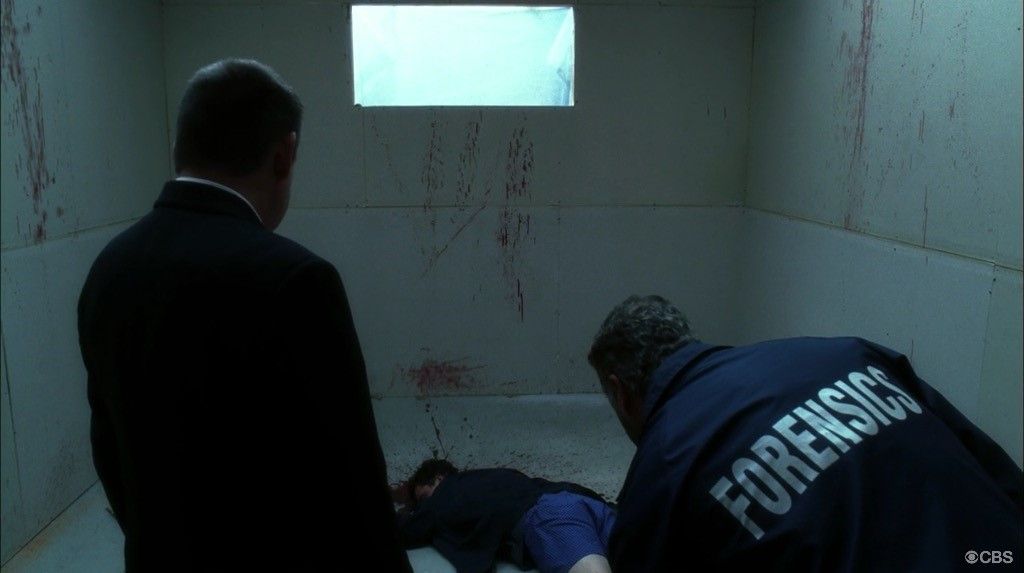 But despite any discrepancies between reality and C.S.I., the show is still highly enjoyable, and isn’t that all we really want from a crime procedural? While “gritty realism” may sound preferable, who would watch an entire episode devoted to Gil Grissom filling out paperwork? Indeed, realism and thrilling television don’t exactly go hand in hand. For example, no one seems to complain that the show 24 (2001 - 2014), which takes place over a 24 hour period, doesn’t have characters sleeping, showering, and eating for entire episodes.

The good news is despite any differences between television and real life forensics, interest in the sciences and forensic science in particular has grown since the show started airing. Many schools have added classes and even degrees to accommodate the increase in students who want to study forensic science. And while the increase in classes may be beneficial for budding forensic scientists, students should only heed one simple warning: what happens on the TV screen and in the crime lab are two very different things.