Is James Dean’s character in “Rebel Without a Cause” an angel of death?

The title of the film Rebel Without a Cause (1955) refers to the instinctual nature of youth to be in conflict with the established, and potentially defective, parental order imposed on it. However, the film’s title, as well as the film itself, also implies that unbounded rebelliousness can be destructive. The dangerous aspect of uncontrolled rebellion can be seen in how the movie introduces James Dean’s character, Jim Stark, whose last name suggests strength that is ultimately cold and not life-nurturing. Jim is first seen drunk, on the ground with a red toy monkey. Red is an eye-catching, exciting color that expresses youthful vigor, but it is also the color of blood, and its use here could foreshadow later violence. From this point on, Jim’s unfocused destructive and rebellious energy leads to his own destruction, while damaging the lives of those who associate with him. 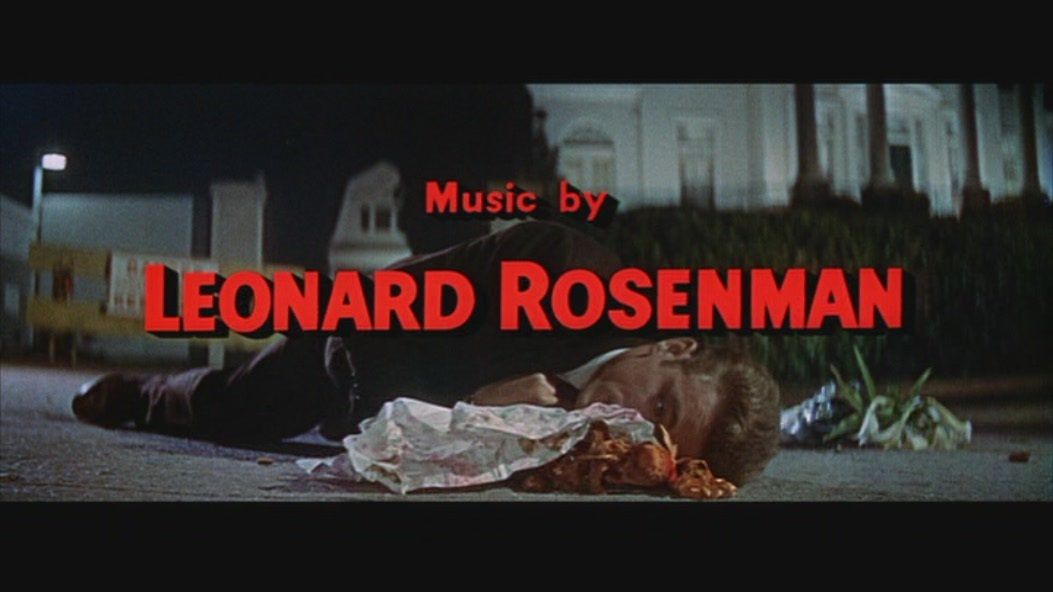 At one point, when Judy (Natalie Wood) looks into her compact mirror, Jim asks her, “Want to see a monkey?” The monkey here recalls the idea of a “monkey on your back,” its suggestion of a hovering burden or preoccupation setting an ominous tone. Plato (Sal Mineo) says to Jim that when it comes to Judy’s boyfriend, Buzz (Corey Allen), and his friends, Jim shouldn’t “monkey with them,” a callback to the earlier scene and an omen of the chaos to come when Buzz’s car tumbles over a cliff during his “chickie race” with Jim. These accumulated references suggest that Jim may be the destructive “monkey wrench” in the machinery of society.

Jim also can be read as an “angel of death.” At the police station he hums Wagner’s “Ride of the Valkyries,” which is associated with the transportation of the fallen to the afterworld. In another dark nod to death, he lives on “Angelo” street. Most pointedly, in one scene, Jim enters a planetarium just as his fellow high school students watch a show illustrating the eventual cosmic end of the world. The scientist there chillingly talks about how “the earth will not be missed,” and “the heavens [will be] cold,” after our planet’s demise. The youth in attendance are startled by the flash of light that will indicate the end of existence. 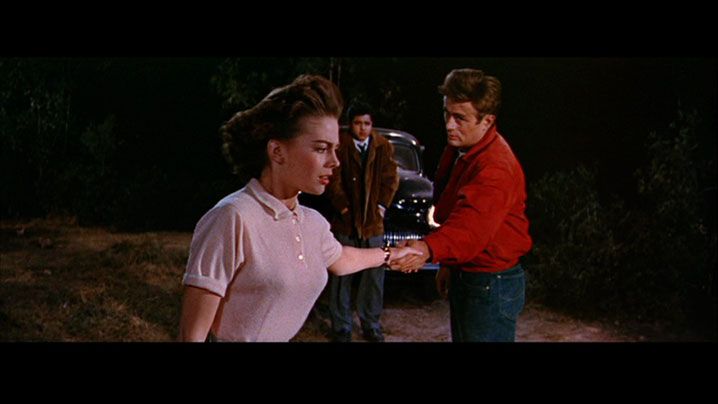 When Judy is asked toward the beginning of the film who Jim Stark is, she answers, “He’s the new disease.” Similarly, at one point the reaper-like Jim says, “I don’t know what to do anymore. Except maybe die.” While Jim does not die, he is connected with who lives and who dies in the film in unsettling ways. Since he is involved at the scene of Buzz’s death — which takes place at a spot aptly called “the end” — the other gang members blame him for the tragedy. In an eerie moment during the tragedy, after Buzz goes over the edge, it appears as if Judy is contemplating jumping after him. But a look from Jim stops her, as if he must be consulted in matters about death.

Plato later dies because he still has the gun that Jim allowed him to keep, and, at the end of the movie, Jim puts his red jacket on Plato (an item he offered Plato earlier in the police station – another omen), and zips it up like a body bag. It is fitting that Plato’s tragedy occurs at the observatory, the place where the young people hear about the end of the world. At one point, Plato asks Jim if the earth will end at night. Jim, with his seemingly cosmic knowledge of beginnings and endings says it will end at dawn – predicting the time of day when Plato’s life will end.

In Rebel Without a Cause, director Nicholas Ray presents a sympathetic picture of youthful alienation and despair. However, by aligning the character of Jim Stark with death, Ray suggests that rebelliousness is an inevitable force of nature that reacts against established control in chaotic and destructive ways. But as Jim Stark foreshadows in brilliant flashes of red, so bright that the message can’t be missed, death takes on many forms, including youth. No matter how hard one rebels against time, the battle is futile. The aging process always claims the young as its victims. Jim “starkly” reminds the viewer that growing into an adult, into the parent or the authority figure that the young so often fight against is inevitable.