Gaspar Noé‘s Love (2015) opens with a couple pleasuring each other with a double hand-job, in a static shot held for over three minutes, in 3D. This image, as the rain pours outside, is Noé’s intimate (some might say too-intimate) portrait of a couple in love. Later, protagonist and wannabe filmmaker Murphy (Karl Glusman) says he wants to make a movie about love, which he defines as “sentimental sex.” Love is full of sentimental sex, almost to an absurd degree. (It also includes plenty of love-free sex. Moments after he voices his “love” definition at a party, Murphy evades his beloved girlfriend to have sex with a stranger in the bathroom.) Nor are the vast majority of sex scenes, in an obvious way, essential to the story. So a question that arises not far into Noé’s 135-minute sentimentally sexy picture is, what separates this from pornography?*

In most definitions of pornography, the emphasis rests on the purpose or intention of the work and its desired effect on the audience. According to Merriam-Webster.com, pornography is “the depiction of erotic behavior…intended to cause sexual excitement,” while Google says it is explicit material “intended to stimulate erotic rather than aesthetic or emotional feelings.” Is Noé’s intention to stimulate his audience’s sexual rather than their aesthetic or emotional feelings? If pornography is defined as solely intended to cause sexual arousal, Love’s artistic ambitions are greater. Whether or not it fails to meet those goals, it is certainly full of sentiment and pretensions to explore the meaning of life and relationships. After the film’s opening, we fast-forward two years to find Murphy in bed with another woman as a baby cries, and we realize that the loving couple has fallen apart. The love that Murphy seeks exists in the past, so the film moves backward, delving into his troubled relationship with Electra (Aomi Muyock), who left him after he impregnated Omi (Klara Kristen). In the present, near the beginning of the film, Electra has probably committed suicide. Thus Murphy’s desire is unattainable, and he ruminates at length on what went wrong as we relive his overactive sex life—rendered in 3D, with minimal time cuts, for our viewing pleasure or disgust. 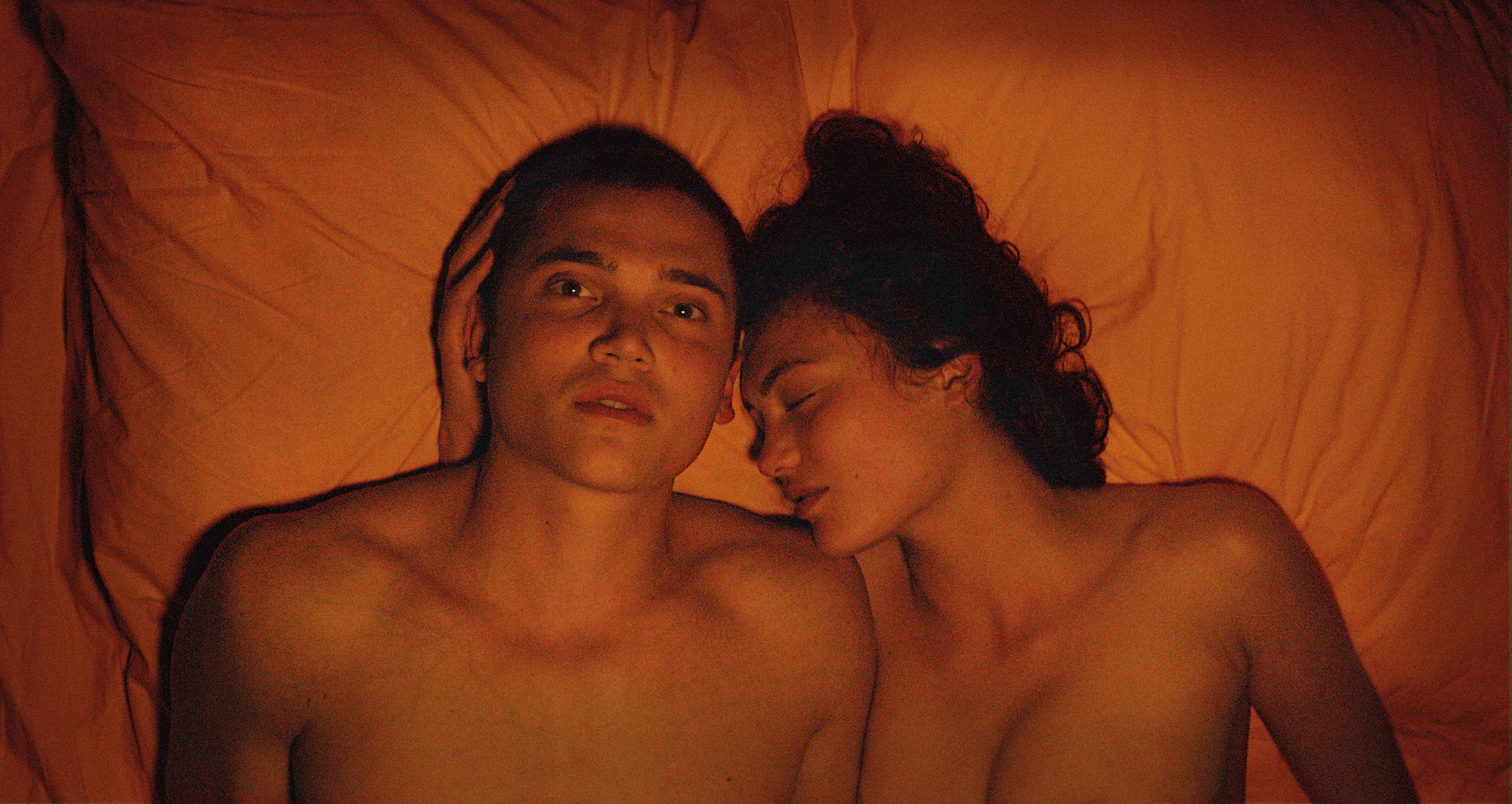 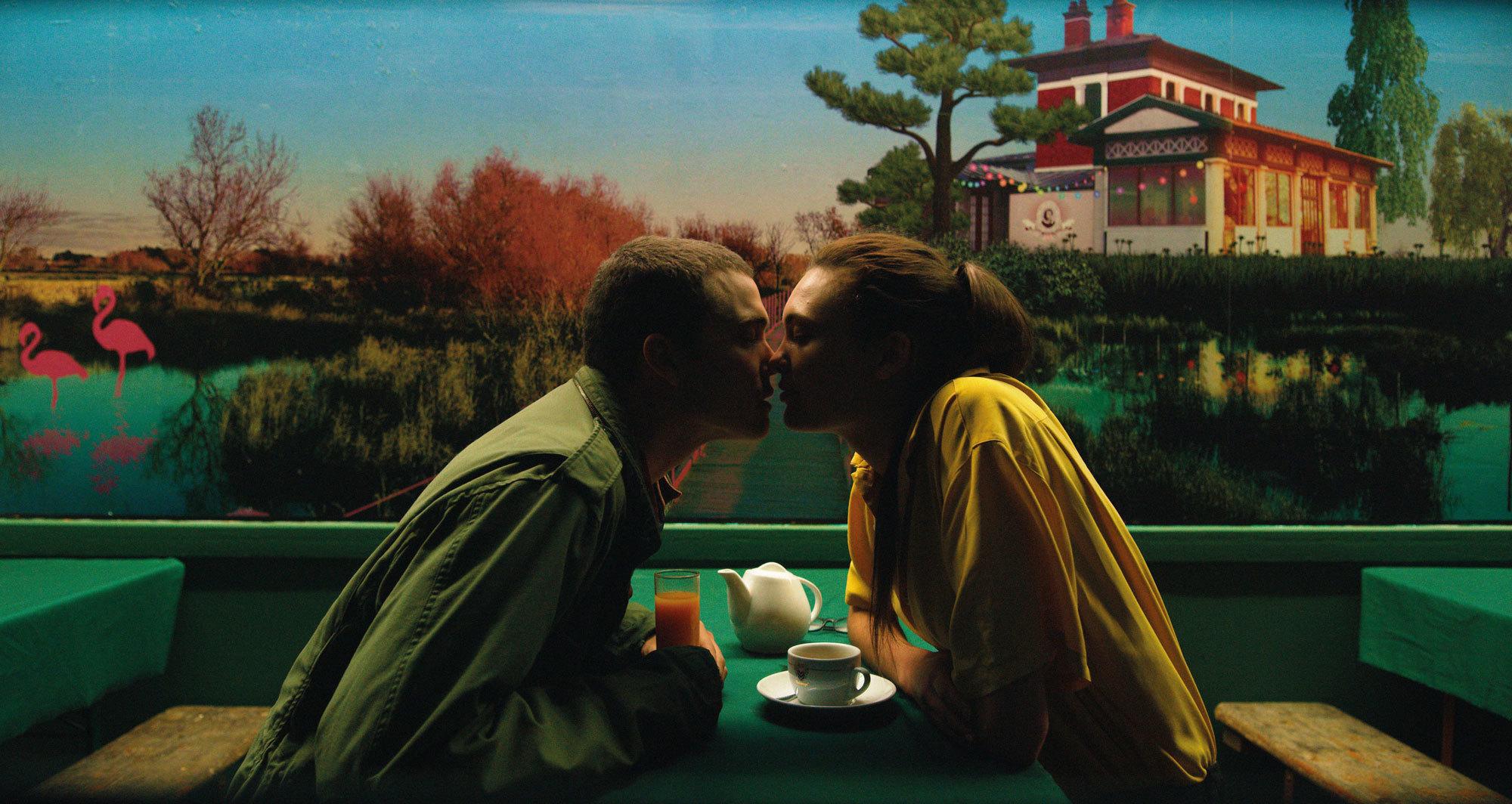 Love’s artistic value lies most irrefutably in its visual innovation and exploration of the 3D medium in new spaces. The explicit scenes arguably represent a bold visual exploration and pure cinematic representation of sex. The film has fun with the 3D format—at one point, Murphy’s penis, in close-up, projectile ejaculates out on to the audience. Some might find it a bold experiment to expose a mainstream audience to uncomfortably long, intimate 3D visuals of sex. Outside of the sex scenes, the eye of the film is also clever (more so than the heavy-handed script, which includes dialogue like Murphy: “What is the meaning of life?” Electra: “Love.”). While we are accustomed to 3D in action-packed, larger-than-life settings, here the 3D becomes interesting for its portrayal of domestic space. We watch the backs of heads moving through doors, the human body in its mundane movements around the house. Transitions signal chronological jumps by moving to other moments in time while keeping the characters in the same spots within the frame. These cinematic techniques and explorations of the language of visual storytelling are the film’s highest claim to art. They are also what will be most appreciated by audiences members apart from those (perhaps a higher number) that will enjoy it in the way they enjoy porn.

Ultimately, the choice to include such an extreme number of sex scenes makes it hard to see Love as a wholly not-pornographic film, but its blend of sexual expression and traditional narrative opens a difficult debate as to where the line between art and pornography lies. Supreme Court Justice Potter Stewart famously stated in Jacobellis v. Ohio in 1964, discussing the threshold for identifying obscenity, “I know it when I see it.” In the case of Love, though, it’s not quite so easy to know what you’re seeing.

*In discussing whether Love is pornographic, I don’t intend any value judgment of the film on that basis.