In “Whiskey Tango Foxtrot,” What’s the Philosophy Behind Setting Comedy in a War Zone?

From Kim Barker’s 2011 memoir, The Taliban Shuffle: Strange Days in Afghanistan and Pakistan, comes Whiskey Tango Foxtrot (2016), a war comedy starring Tina Fey. The story follows broadcast journalist Kim Baker (Tina Fey) as she attempts to rock her routine American life by accepting an assignment in 2003 in Kabul, Afghanistan, and the surrounding war zone. Through her experiences — some tragic and others outlandish — Kim grows to understand the severity and hilarity that co-exist in war zones while also learning what she most values in her personal life. Whiskey Tango Foxtrot counterbalances the grimness of war with darkly comedic moments, mirroring Kim’s internal need for mental relief from the intensity of her surroundings through hard partying, romantic interludes and laughs. 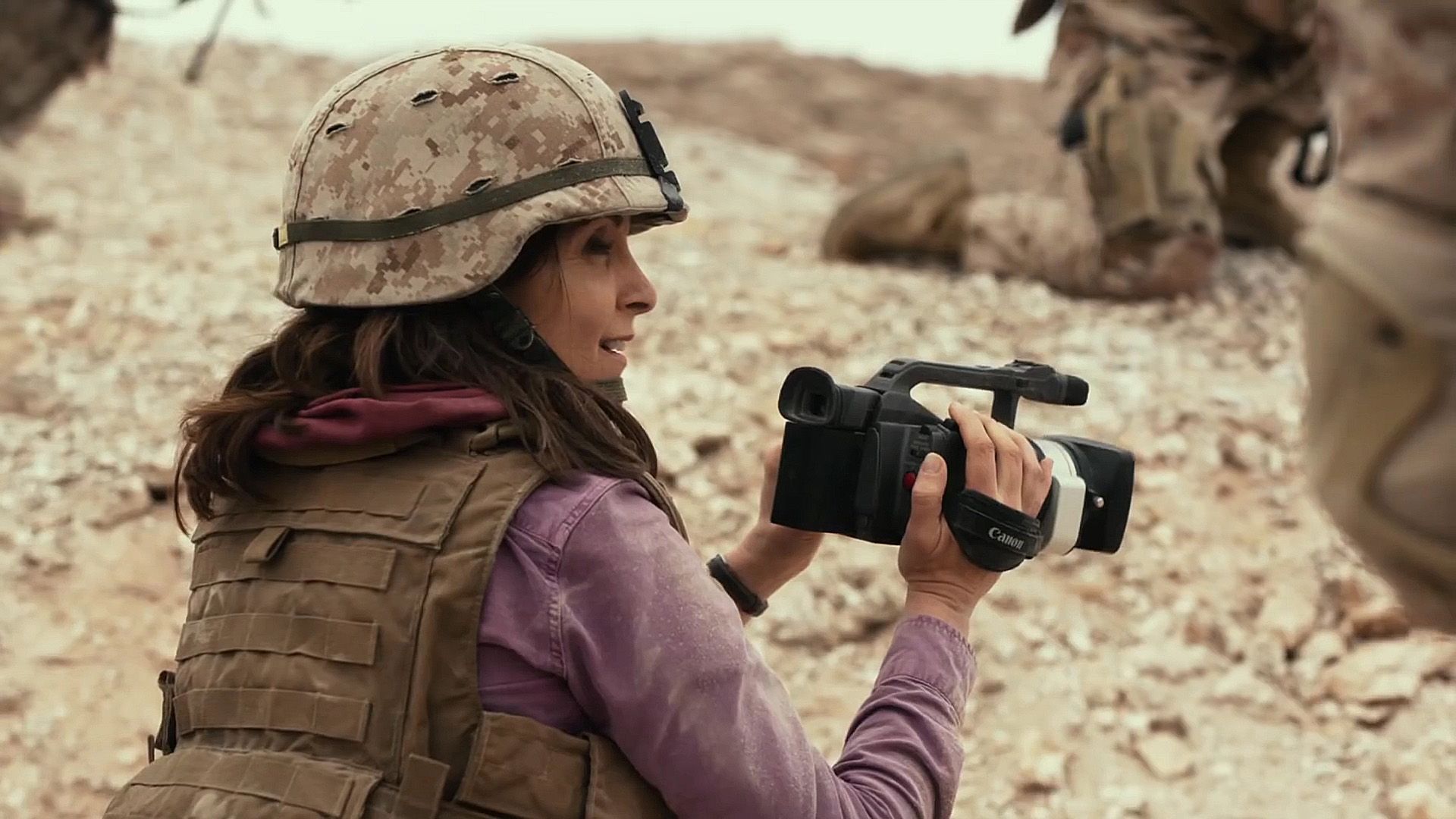 The war comedy genre as a whole aims to bring humor to the realistic horror of war and, through that humor, illuminate deeper truths of what’s happening. Directors Glenn Ficarra and John Requa and screenwriter Robert Carlock believe that Whiskey Tango Foxtrot finds this intersection through devotion to character. In the film’s production notes, Requa says, “It’s about the journey of a woman and a window into a unique world that Carlock made incredibly entertaining. You don’t get many opportunities to do a movie like — a dark comedy that’s very funny yet also realistic about war, yet doesn’t make direct commentary about war. It reminded us of ‘M.A.S.H.’ and even ‘Three Kings’ to a degree.” Carlock also said in the production notes that he was also inspired by Joseph Heller’s Catch-22 (adapted into a film in 1970 by Mike Nichols), the classic satire exposing the underlying insanity of war through zany humor. M.A.S.H (1970), Three Kings (1999) and Catch-22 (1970) serve as predecessors of Whiskey Tango Foxtrot and prime models of the war comedy genre, in that they use comedy to both lighten the emotional weight of combat and draw attention to the blatant madness of war. Stanley Kubrick’s Full Metal Jacket (1987) is likewise a classic war film that draws on dark comedy to satirize the absurdities of the Vietnam war — the film ends with the soldiers singing the Mickey Mouse Clubhouse TV show theme.

Whether or not Whiskey Tango Foxtrot lives up to these classics, the movie already has one obvious distinguishing feature: it is female-centric in a genre which has tended to be overwhelmingly male. In war comedies and war films in general, the nature of the subject — the fact that most wars in history have sent men to the front — has not produced many stories that deal equally with both genders. Given that the past two decades have seen a surge in numbers of women taking part in combat, contemporary war settings offer more opportunities for women-centric stories, and Whiskey Tango Foxtrot, which centers on female journalists rather than soldiers, maximizes on that opening.

Whiskey Tango Foxtrot employs comedy heavyweights such as Lorne Michaels and Ian Bryce, who are producers alongside Fey. Carlock was also a writer on Saturday Night Live (1975 - ) and 30 Rock (2006 - 2013). In writing the Whiskey Tango Foxtrot screenplay, Carlock aimed to focus on the intersection between comedy and terror. Carlock sought “to capture that combination of living hard and partying hard, of seeing the ridiculousness in everything while being scared for your life. The book has a wonderfully dark humor because that’s how people cope with such situations and that was important to get on screen.” In one instance, Kim travels as an embed with a unit of U.S. Marines to a remote Afghan village to fix (again) a bombed well that the soldiers hoped would ease the burden on the village women to obtain clean water. During her first embed, Kim and the Marines are shot at by unidentified Afghan (perhaps Taliban) combatants. The film balances this traumatic experience with another stop along the way — so Kim can go to the bathroom against a shrub that offers very little cover in the Afghan desert — an action that takes much longer than necessary and which the soldiers describe in hairy detail in their communications with the military base. This comedic moment offers a slight release in tension from the danger and provides the audience relief from the emotional stress of the situation. 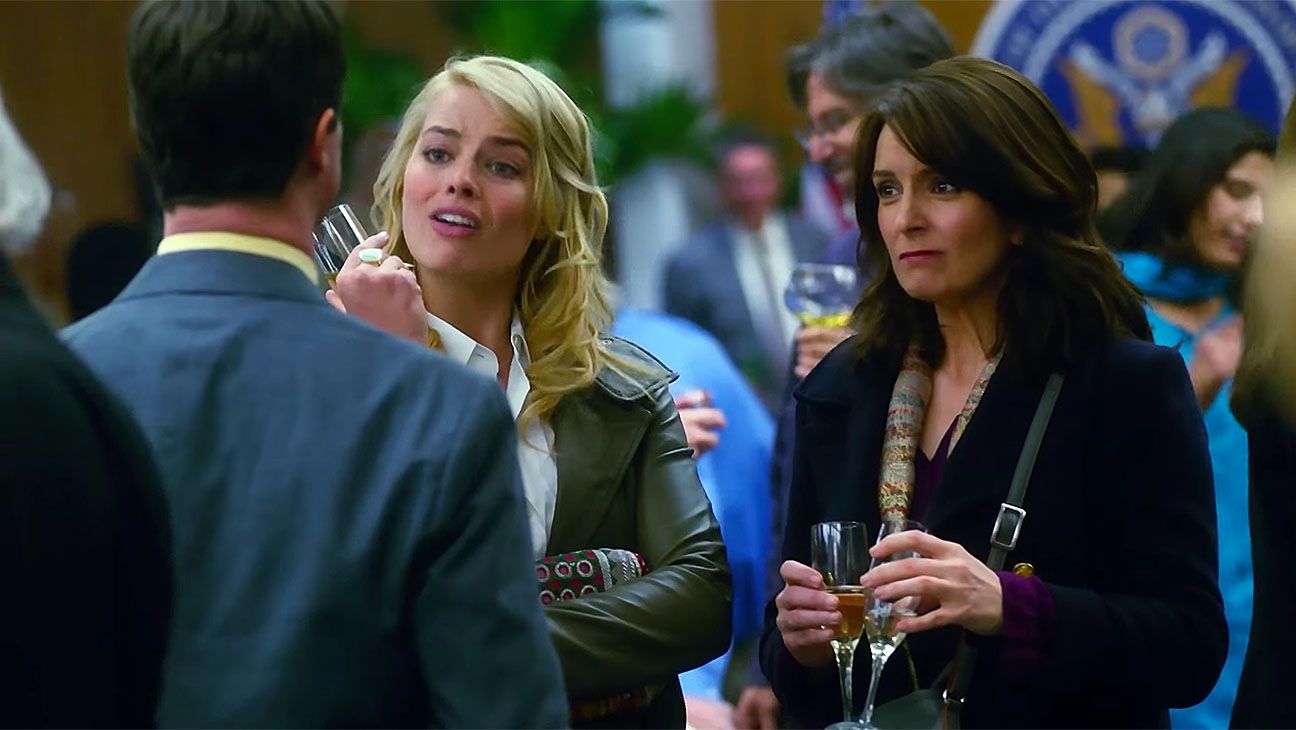 The characters of Whiskey Tango Foxtrot embrace the hard-partying lifestyle in the “Fun House” in an effort to find relief from horrors like undentified gun fire in the streets and their dangerous undertakings. In the Fun House, the journalists congregate to indulge in alcohol, sex and drugs. This extreme escape parallels the extreme conditions of the war zone itself. In the production notes, Fey describes the Fun House as being “beautiful in its shabbiness.” She continues, “It has a Middle Eastern feel but it’s also dingy at the same time. Almost every one of the characters has a scene in the Fun House where they are passed out. It’s appropriately gross, like living in a beautiful ashtray.” Ficarra echoes Fey’s sentiment in the production notes while adding that it provides a literal and figurative escape for the journalists, saying, “Living in the fun house is part of the process of escaping your real life. Since you’re not allowed to mingle too much with the locals in Afghanistan, the journalists create a culture of their own in this frat-like environment.” In the notes, Margot Robbie, who portrays the young and talented reporter Tanya Vanderpoel, says, “We create our own little world in there, where you forget the real world outside – and drink and party to numb the fact that you’re living in madness.”

Portraying the madness of Afghanistan, and the humor that lives within that madness, was essential in the conception of the film, but the filmmakers also sought to give the audience a way into the extreme environment through sympathetic characters. In the production notes, Fey says she believes that the story has a relatable core situation that will resonate with the audience. She says, “Most of us won’t end up in Afghanistan but it’s easy to relate to someone who tries the unexpected – and winds up with a much larger life experience than she could have imagined.” The film uses Kim Barker’s experiences to carry the emotional weight of the film, while the humor both exposes and offers relief from the harrowing nature of war.