In “The Revenant,” is Fitzgerald’s Use of Expletives Accurate for the Time Period?

Alejandro G. Iñárritu’s The Revenant (2015) follows a band of fur trappers through frontier Montana in 1820s America. Killer bears, brutal weather and human starvation aside, the film’s primary antagonist is John Fitzgerald (Tom Hardy), fellow trapper and erstwhile companion to real-life Hugh Glass (Leonardo DiCaprio), a man who Fitzgerald betrays and leaves for dead. Fitzgerald embodies many of the commonly perceived characteristics of a 19th century American frontiersman - rugged, uneducated, unapologetically gruff. His coarse language and mannerisms mirror that image, including his pervasive cursing and use of the word “fuck.” Iñárritu and his production team went to extreme lengths to ensure the film’s authenticity, from the dangerous wilderness to the epic bear attack. Such devotion to historical realism begs the question: What about the historical accuracy of the characters’ language, particularly Fitzgerald’s pervasive cursing. The answer is trickier than it might first seem.

When speaking, Fitzgerald commonly uses the word “fuck,” among other expletives, many racially-charged. Is this language truly characteristic of frontiersmen in 1820s Montana? Was a colloquial use of “fuck” part of standard vernacular at the time? The short answer, according to Dr. Patrick Conner, former chair of the English Department at WVU and head of the University Press, is that it may be misplaced. While the word existed and was known to be used during that era, considering it “typical” vernacular for the period is likely a bit of a stretch. Instead, religious blasphemy would have been much more common and profound. Conner told us, “‘Talking blackguard’– as cursing was often called in the 19th century – might reference someone as a whore or some relation to a whore, but the common epithets tended in the direction of denigrating God or Christ.”

As it turns out, on a slight historical tangent, Old English, the oldest recorded form of the English language used from the 5th century to the middle of the 12th century (1150), does not include any recognition of the word “fuck.” The University of Toronto, which has been fervently writing a dictionary of Old English based on every surviving piece of writing in the world, has no entry for the word. As such, its usage can first be traced to Middle English, or the years approximated around 1150 to 1500. Its first verifiable use is recorded in 1310, and its first dictionary entry was not until 1598.

Does that mean, then, that The Revenant, which was set in Montana in 1823, would have been a likely setting for the word being used as we know it today? Not really. 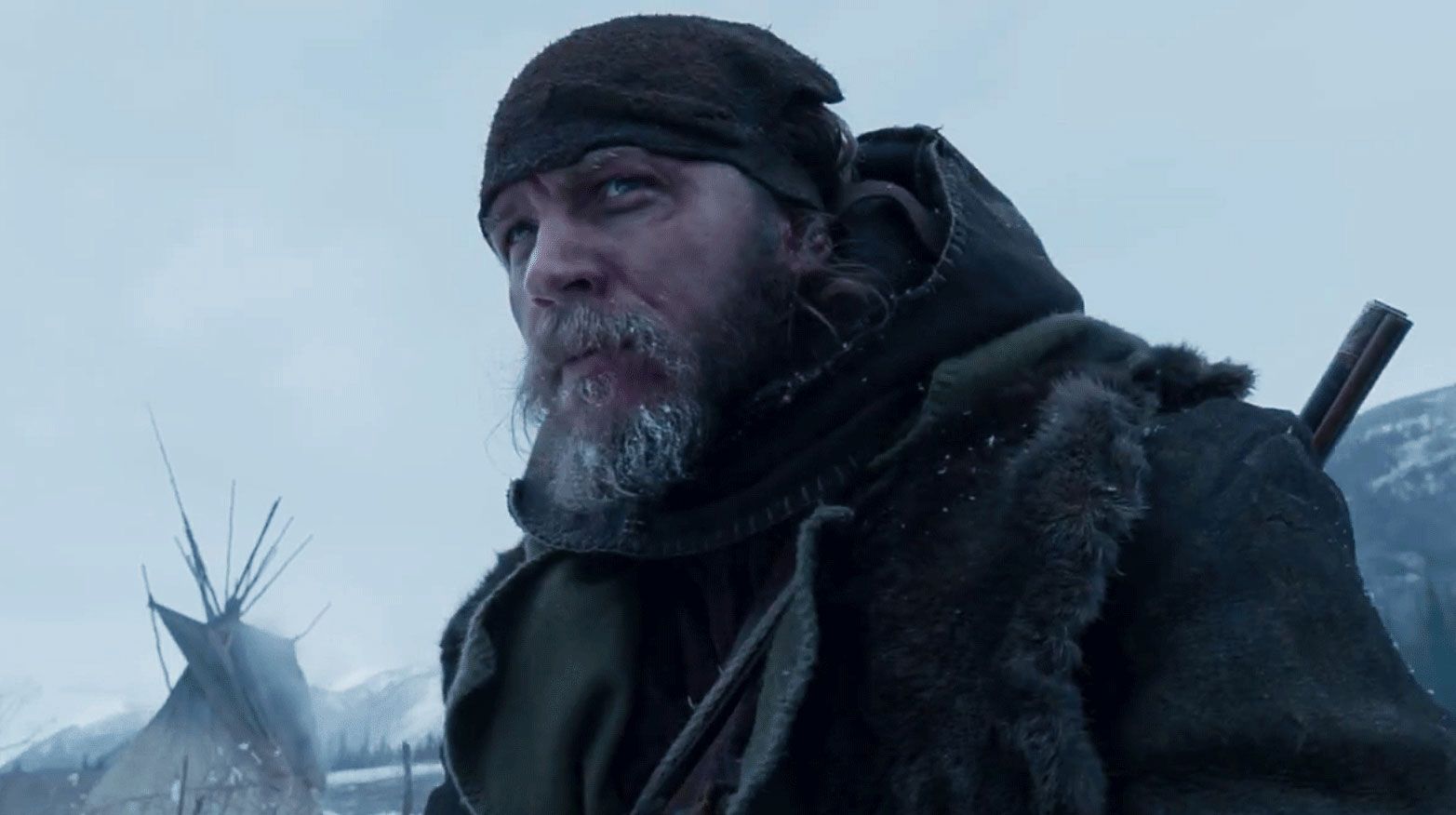 Tom Hardy as Fitzgerald in The Revenant

As Dr. Conner continued, what’s likely is that “The Revenant’s screenwriters needed to give him words that would sound appropriate coming out of the mouth of a raw, uneducated, nearly wild man.” In other words, they needed to write something that would strike a chord with modern audiences. Even though expletives are finding ever-growing frequency in the lexicon of our modern speech, we still notice them being said. As a society, we have become a bit more desensitized to the religious blasphemy that would have been more true to Fitzgerald’s character as a means of evoking an emotional response.

But that’s what “fuck” is - an authoritative, emotive word that takes the place of stronger language. It exists as an expression for something so extreme that our typical speech falls short—something we feel demands an obscenity to be noticed. To that end, it works in the film.

When writing any period piece, screenwriters are faced with the challenging task of balancing dialogue authentic to the era in question with language to which modern audiences will understand and respond. The best writers find this equilibrium by punctuating time-appropriate vernacular with recognizable phrases and expressions that don’t detract from the authenticity of the period speech, but still keep viewers engaged. One can’t afford to lose a viewer’s attention, but equally works to avoid inaccuracies in cultural representation.

Conner further explains, “historically, the word is out of place when it is used more or less as an empty epithet in a 19th-century context. But I suspect that something else was at work for the screenplay writer, and that was the need to come up with an epithet that would strike the ears of a modern audience as effectively as ‘God dammit,’ or ‘Jesus Christ’ would have hit the ears of a 19th-century person. It had to be language you would recognize and find unacceptable. This might not have worked as well as it should have, because we do not have the agreed stores of unacceptable words and phrases that we once had.” 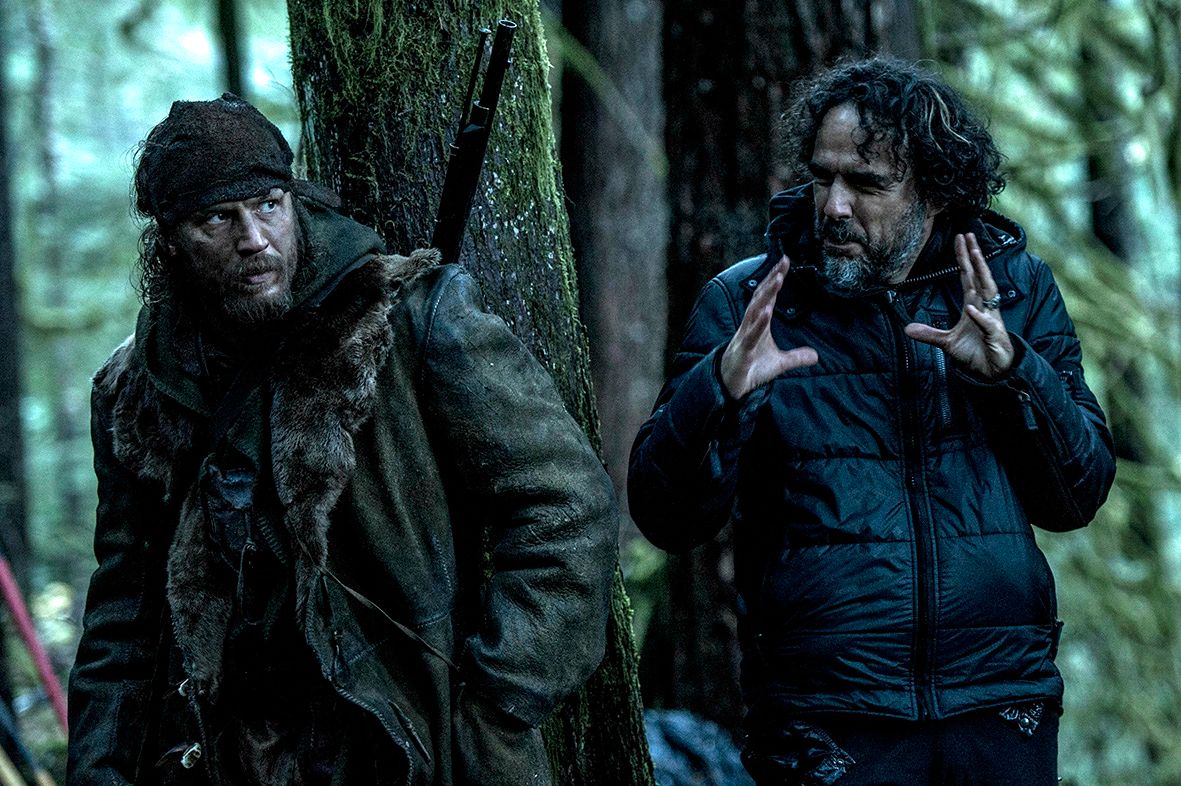 Hardy and Innaritu on location during filming of The Revenant

Along these same lines, HBO’s Deadwood (2004) was known for its extensive use of expletives, frequently including the word “fuck” (43 times in the pilot alone). That series was set in 1870s South Dakota, placing it in similar territory to The Revenant’s location, but 50 years in the future. As Jesse Sheidlower, the American editor of the Oxford English Dictionary and the author of The F-Word, told New York Magazine, the show’s prevalent use of fuck was largely inaccurate. His opinion mirrors that of Conner; religious expletives were the far superior standard, and the series recognized the need to adjust language for modern ears. “There were cursing contests when cowboys would get together and insult each other,” Sheidlower said. But “the evidence that we have is that they were using more religious blasphemy than the sexual insults which are popular today.” If it was socially unrealistic for 1870s South Dakota, one can assume the same would be true of 1820s Montana.

Of course, Fitzgerald’s use of these terms does little to detract from The Revenant as a whole, and certainly doesn’t pull the viewer out of their engagement with the film’s setting and time period. If anything, it proves that words like “fuck” can be peppered throughout period dialogue in place of other words and maintain the overall authenticity of the period being represented. It will forever possess that emotive weight that stirs up a certain emotion and feeling, which, in Fitzgerald and Hugh Glass’s circumstance, was legitimate as “fuck.”