How is “Taxi Driver” a character study of man versus city?

“I think someone should just take this city and just… just flush it down the fuckin’ toilet.” - Travis Bickle (Robert DeNiro)

Martin Scorsese’s Taxi Driver (1976) is a story of man versus city. The film explores the concepts of man as an individual and the city as a populace, as well as a living organism on its own. Taxi Driver has a plot, but its driving force isn’t so much the events that unfold but how those events unfold. That is, there’s clearly something wrong with Travis Bickle, and he believes New York City itself is the root of his problems. Scorsese explores the way the city impacts Bickle’s interpretation of life and self, and how the city responds to his perspective.

Patrizia Lombardo quotes Scorsese in her book Cities, Words and Images: From Poe to Scorsese, saying, “When one shoots in New York, one gets more than he asked for. This is what I learned while shooting Taxi Driver ... There is something in New York, a feeling that penetrates the subject one is working on (whatever it is), and ends up affecting the behaviour of your characters. This feeling – a sort of buzzing – cannot be defined but all those who live in this city know what I mean ... New York can be called so many names – vulgar, magical, scarring, dynamiz-ing, tiring, prosaic – that every time one must evoke it in a movie, even incidentally, the city ends up imposing its presence. New York refuses to be just a vague setting, like Los Angeles in so many films.”

A realist approach to literature suggests verisimilitude informs the story. According to William Harmon and Hugh Holman in A Handbook to Literature, “Where romanticists transcend the immediate to find the ideal, and naturalists plumb the actual or superficial to find the scientific laws that control its actions, realists center their attention to a remarkable degree on the immediate, the here and now, the specific action, and the verifiable consequence.” Character becomes superior to plot, and moral decisions become the story’s action. Bickle is a man whose actions are heightened by their ethical and social severity. He is acutely aware of the environment as he sees it, allowing it to influence both his actions and his judgment. New York and the people in it are his antagonists. Set at night against the backdrop of Bernard Hermann’s borderline-horror score, we’re introduced to the city the way Bickle sees it.

“Loneliness has followed me my whole life,” he tells us. “Everywhere. In bars, in cars, sidewalks, stores, everywhere. There’s no escape. I’m God’s lonely man… June 8th. My life has taken another turn again. The days can go on with regularity over and over, one day indistinguishable from the next. A long continuous chain.”

Driving people around every night, Bickle sees the worst of what the city has to offer get in and out of his cab. He drives to every part of the city; dangerous or not, it’s all the same cesspool to him. When he’s off-duty and alone, he writes in a diary and pep talks himself in his apartment mirror. We are in on his thought process, watching him stop to rewrite lines in his journal and seeing him practice various ways of speaking in the mirror. The latter becomes one of the film’s most memorable moments, as his character feels the city is forcing on him the need to make some sort of major decision. He uses the mirror for self-reflection, literally and spiritually, fantasizing about beating the evil he sees everywhere. It asks the viewer to do the same: do we side with this guy and his nihilistic view of 1970s New York, or are to maintain a position of optimism?

Bickle talks about the city needing a rain to “wash all this scum off the streets” and decides to be that rain. This mission takes the form of a plan to assassinate the locally campaigning Senator Palantine as his means of cleansing the city. Bickle (not speaking clinically) appears to have a superiority complex, which interacts with distorted concepts of patriotic duty that may have roots in his military background. He sits alone in a room spouting illogical diatribes about the justice he wants to exact on the city, like a true American hero character. Yet this misguided savior self-image relies on an idea of New York as a damned entity in need of saving, and Travis sees only the scum in the city because he puts himself into the city’s most troubled environments.Taxi Driver enters Bickle’s point of view so that we, too, experience his vision of a disturbing, foul New York. He sees everything in his world as garbage, so he isolates himself from more positivate examples of society and eventually from all people and the city itself, to the point that he descends into a breakdown. That madness leads to deciding on a wild course of action which is socially deplorable, yet ironically, through a twist of situations, renders Bickle a hero. Attempting to do something awful, he ends up regarded by the same community he wanted to destroy. He doesn’t succeed at his actual goal of killing the Senator. He doesn’t even fully get the gun out of his jacket. He escapes the scene, but his failure in killing Palantine shifts his vengeance to a different target: an icon of the scum he’s spent the film talking about, a pimp named Sport (Harvey Keitel). Bickle projects his hatred for New York into Sport, and it’s not long before he’s gunning down the pimp and his crew who were selling the services of a teenage prostitute named Iris (Jodie Foster).

Deep Focus writes, “Scorsese compares the climax to a wash in purifying blood, where Travis cleanses himself by shedding the blood of the city’s scum to achieve a glorious victory for himself. In a graphic display of violence uncommon in 1970s cinema at that point, Travis shoots down Sport and the other men using Iris, and then makes his way to rescue Iris in a bloody fray of bullets. After the gunfire has settled, Travis is out of ammunition; he puts his gun against his head and pulls the trigger multiple times, the hammer clicking empty. When the police arrive, he pantomimes a gun with his hand and places it again his head, making the sound of gunfire from deep in his throat. Getting his mind ‘organized’ through a violent purification aligns with Scorsese’s insistence that Travis sees himself as a justified figure who cleans up New York City’s streets.” 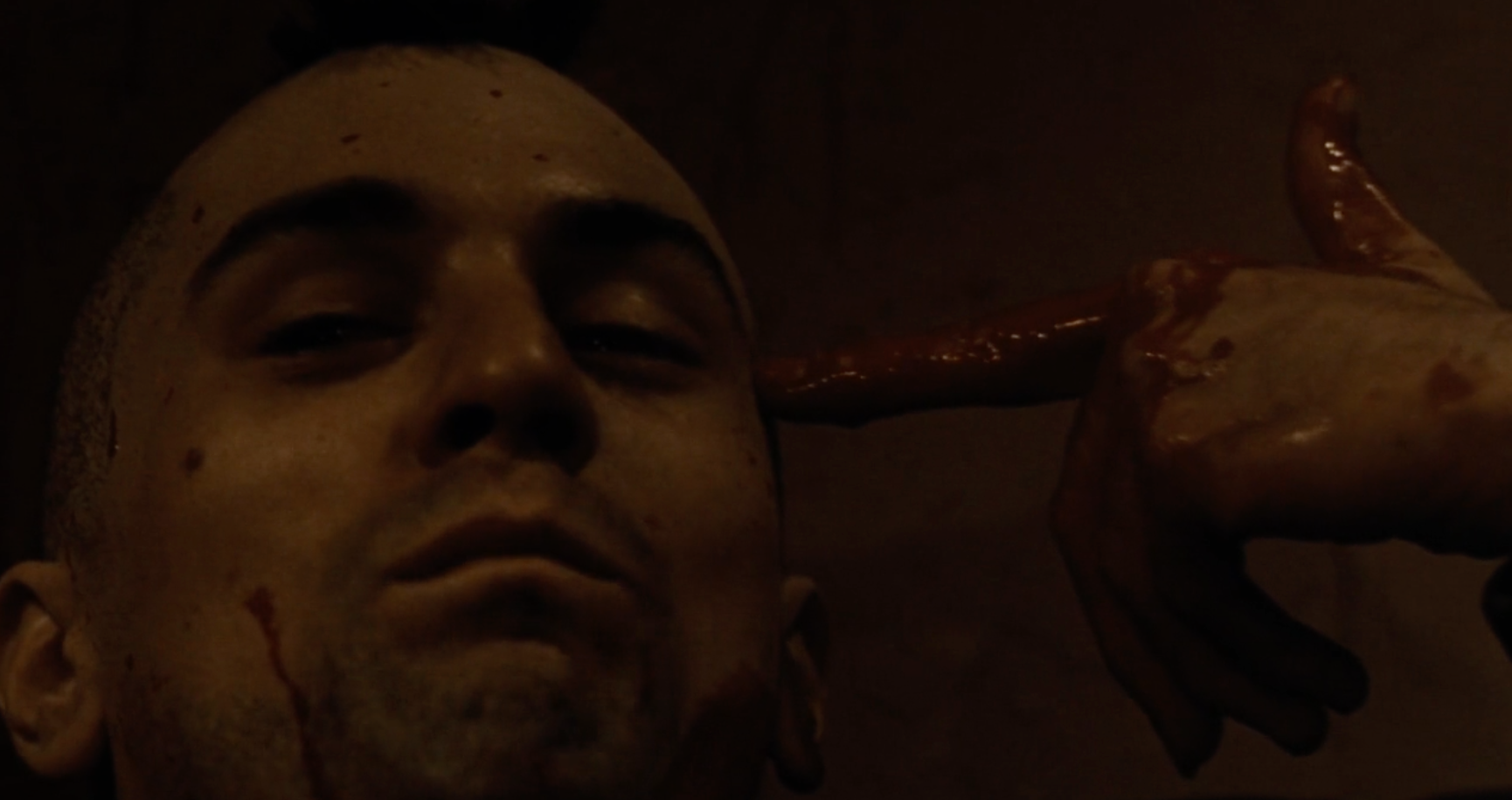 The act renders him a hero praised in the newspapers—a long shot following the bloodbath reveals the local news media has applauded his rescue of the girl and the destruction of the pimp’s gang. A day that started with the attempted assassination of a Senator ends in media praise. Travis’ being embraced for madness highlights the madness of society, which doesn’t do anything to improve Bickle’s vision of New York.

In the end, Travis’s physical wounds heal and he resumes his job as a taxi driver. He’s right back where he started, on the streets, likely still carrying the same view of the city. He learns nothing in the end and goes on to live a life waiting for the next breakdown.