How historically accurate is “Halt and Catch Fire”?

Quick Answer: Halt and Catch Fire is a fictionalized take on the early computer revolution of the 1980s. Although the computer software company Cardiff Electric was created for the show, it parallels the rise and fall of Compaq, a real company that reverse engineered the IBM Personal Computer to dominate the computer market. In Season Two, the online gaming startup Mutiny shares many similarities with real game developers that pioneered the first-person shooter genre.

The history of computers may not be an immediately enticing premise for a television series, but AMC’s Halt and Catch Fire (2014 - ) is a compelling and surprisingly accurate drama that documents many of the technological milestones of the 1980s. Set in Dallas, Texas (also known as the “Silicon Prairie”), Halt and Catch Fire follows the rise of the personal computer to the early beginnings of online gaming. 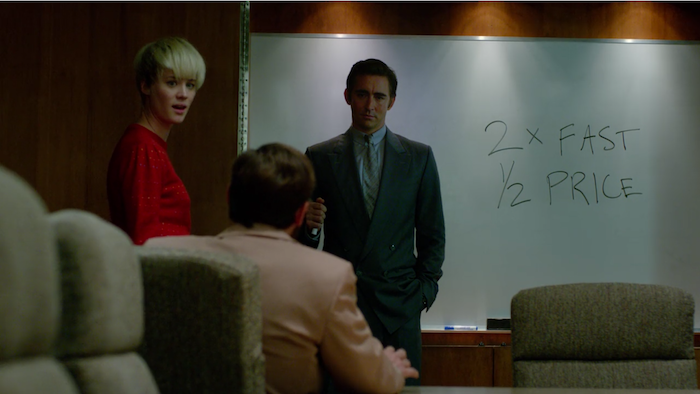 In Season One, we are introduced to Cardiff Electric, a software company loosely based on Compaq. Compaq was a Texas-based computer company (now defunct) that was founded in 1982. It is known for being the first company to reverse engineer the IBM Personal Computer. By doing so, the company created the first IBM compatible computers, meaning that the new computers could run all of the same programs as an IBM PC, but they could be sold at a vastly cheaper price.

However, Compaq does not exist in the world of Halt and Catch Fire. Instead, Joe MacMillan (Lee Pace), a former IBM sales executive, is hired by Cardiff Electric, where he forces the company to enter the PC business by creating an IBM PC clone with the help of Gordon Clark (Scoot McNairy). By reverse engineering the BIOS of an IBM to make a new computer, Joe’s goal is to create a PC that is twice as fast as an IBM PC at half the cost. Together, Joe MacMillan and Gordon Clark become a duo not unlike Apple’s Steve Jobs and Steve Wozniak. The pair works with a young prodigy and programmer named Cameron Howe (Mackenzie Davis) to make Cardiff a key player in the computer revolution of the 1980s. 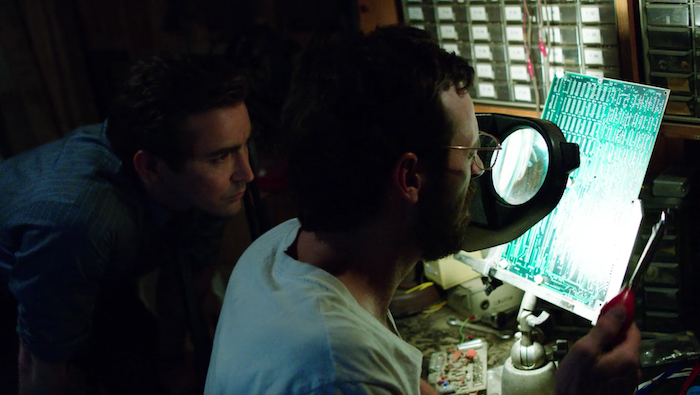 However, similar to Compaq, Cardiff Electric is relentlessly pursued by IBM due to the possibility of copyright infringement. Both Compaq and Cardiff Electric succeed in legally introducing IBM PC clones into the market. That said, both companies—real and fictional—suffer along the way. While Compaq successfully dominated the market until the 1990s, it was eventually acquired by HP before disappearing completely. In Halt and Catch Fire, Cardiff Electric is not as successful. Although Cardiff Electric launch their new PC, the company is quickly liquidated a year later. So, much of the programmers from Cardiff Electric decide to go to Cameron’s (Mackenzie Davis) new disruptive startup, Mutiny. 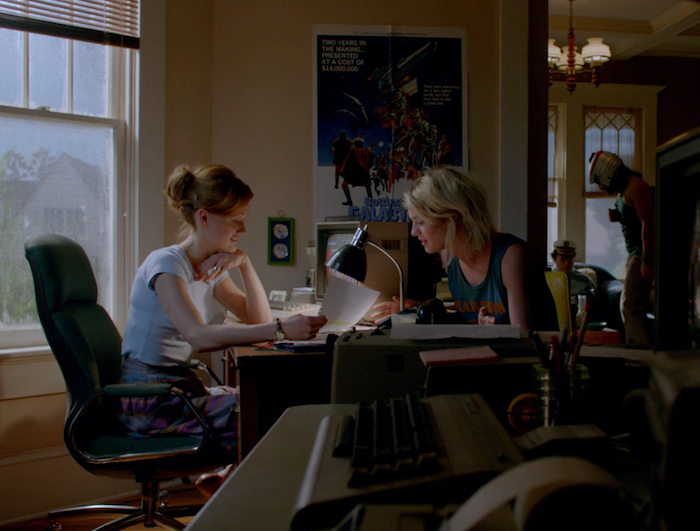 Season Two shifts its focus from personal computers to online gaming with the introduction of Mutiny. Led by Cameron Howe and Donna Clark (Kerry Bishé), Mutiny is an online gaming community that experiments with text adventures and chatrooms. Mutiny’s most popular game is Parallax, a fantasy text adventure game similar to Colossal Cave Adventure, the first-ever text adventure, released in 1986. Cameron later gets the idea of a first-person shooter in which players can interact with each other via Mutiny’s network. Cameron’s first-person shooter sounds a lot like Maze War, a 1974 computer game that was also the earliest first-person shooter ever made. Maze War was the first graphical video game to be networked to allow players to interact with each other, similar to how Mutiny works. However, the first-person shooter genre wouldn’t be popularized until 1992 with Wolfenstein 3D and in 1993 with Doom. 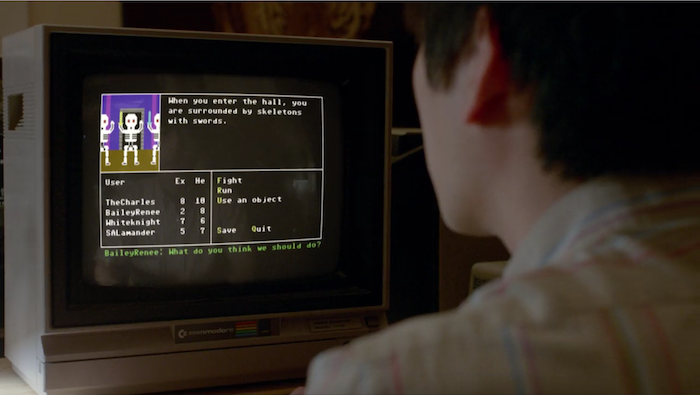 Although the characters of Halt and Catch Fire are not directly inspired by any particular people, their companies and innovations are similar to actual historical achievements. To make the events of Halt and Catch Fire seem more real than they actually are, the series has their fictional characters and companies interact with real ones, including Apple, IBM, Byte magazine and Texas Instruments. The computer expo COMDEX even plays a crucial role in the show’s first season. It’s not just these details that make Halt and Catch Fire historically accurate; the show also captures the overwhelming spirit of ambition and innovation during that time. As the characters head to California for the Silicon Valley in the upcoming third season, we’ll get to see how Cameron’s gaming company Mutiny and Joe’s new antivirus company MacMillan Utility fare against stronger competition.