How does the “Toy Story” trilogy speak to the deep truths of childhood?

Quick Answer: For a young audience, the Toy Story movies offer the wish-fulfillment of actually seeing toys come to life, a universal fantasy that dominates much of early childhood. In illustrating the heartbreak of toys abandoned by growing children, the series also uses the child-toy relationship as a stand-in for the parent-child bond, speaking to the inevitable ruptures and pain of progress into adolescence and adulthood. Toy Story 1, 2 and 3 captured loving details of a 1990s and 2000s childhood, while moving forward in time with an audience that was also leaving childhood behind. In 2018, Toy Story 4 will reflect the next generation.

The success of the Toy Story trilogy (1995, 1999, 2010) is a crucial example of how movies reach audiences on a personal level, as the movies reflect our deep nostalgia for childhood, our memories of relationships with our toys and the painful process of growing into independent adults. The series especially targets viewers who were children during a certain time – the 1990s and 2000s – but it also fulfills a universal fantasy: what would life be like if our toys could really come to life? What if that’s what they’ve been doing, all this time, whenever we’re not looking?

In a similar way to how animals are represented in cinema, the toys of Toy Story are anthropomorphic with human emotions. They have the physicality of toys, but (once the people aren’t looking) each unveils a personality that humanizes them. The very fact that as kids we ascribe this secret life to toys may be why audiences become emotionally attached to both their toys and the Toy Story movies. Toy cowboy Woody (Tom Hanks), the trilogy’s protagonist, and his relationship with owner Andy (Jon Morris), represents early childhood innocence, while Andy embodies the 1990s child who, in the first film, is tempted by capitalist marketing to replace his tried-and-true Woody with the updated, snazzier Buzz Lightyear. 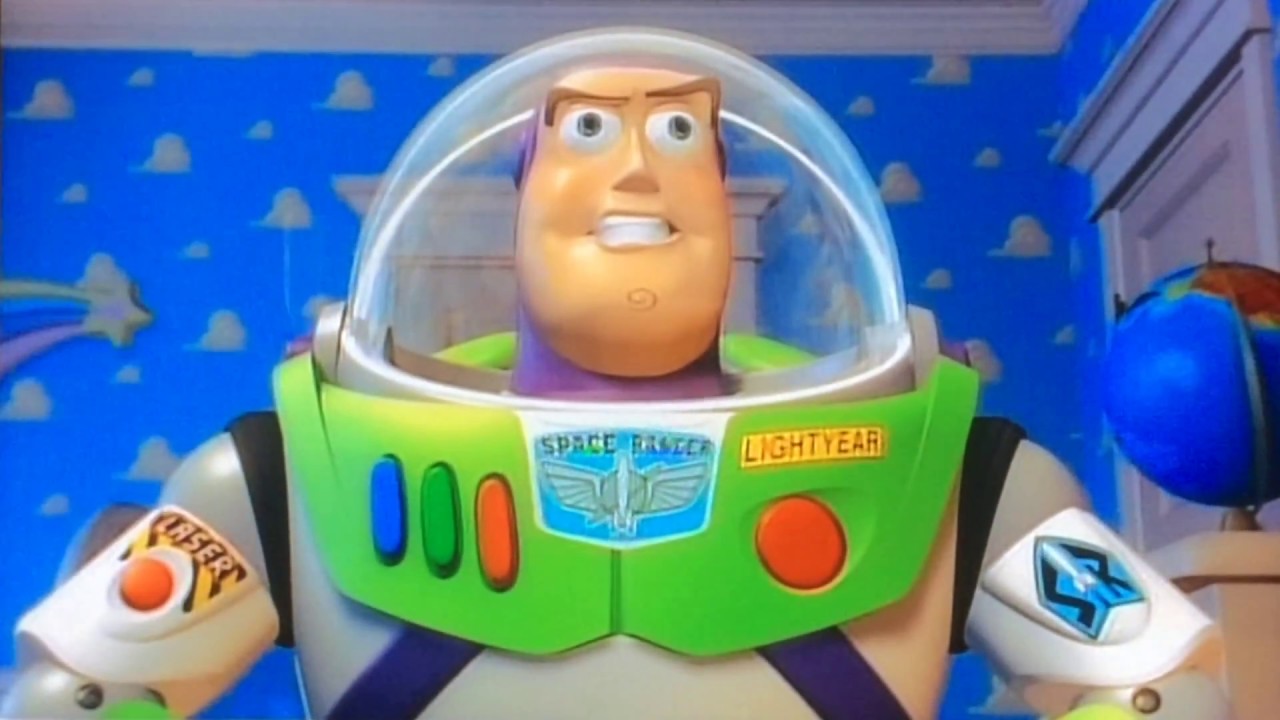 So, why did the Toy Story series become so successful, and what did it symbolically represent to children of the 1990s? On an immediate level, the movies offer the unspeakable enjoyment of actually seeing toys come to life. Children do see their toys almost as real people. To the children in the trilogy, toys are almost on the level of family members and have even more importance than pets. Andy’s and Woody’s relationship is presented with so much sentiment and depth that it appears to go beyond an average child’s rapport with his favorite toy – at least as remembered by an adult.

On a deeper emotional level, Toy Story uses the child-toy relationship as a stand-in for the parent-child bond. Children often treat their toys like children, mimicking their own parents’ caregiving techniques from an early age through their fictional babies and dolls. As a child outgrows a particular toy, that toy’s reaction of heartbreak is genuine because, in Toy Story, it is depicted like a child being abandoned by a no-longer loving parent. Meanwhile, in the normal adult point of view, which sees toys as inanimate objects, the actions of the children appear natural to us. After all, children grow up eventually, and childhoods don’t last forever. In Toy Story 2 (1999), when Jessie’s owner, Emily, grows up and apart from her favorite toy, Jessie interprets this as neglect, as she is heavily reliant on affection and love from her owner, just as a child is with a parent. As Toy Story illustrates the endings to these child-toy relationships, the series reminds us that youth doesn’t last and that, when children reach a certain age, life moves on. While a grown adult can still maintain loving ties with their parents, the parent-child relationship rarely continues in the same style of constant companionship and intimacy. The grown-up child becomes a parent to new children, and a certain degree of rupture is inevitable.

Beyond their symbolism for the parent-child bond, the toys (as simply toys) in Toy Story also remind us that these instruments of play are much more central and influential in early childhood than adults tend to remember. In a BBC article, Vanessa Barford questions how toys may contribute to children’s futures, specifically their careers. She writes, “The role of play is to introduce as wide a range of experiences as possible. The problem is parents often go for the easy option because of time constraints, but they should look for things a toy might develop like fine motor skills, which can help handwriting control.” As Barford argues, toys reach children at a crucial point in their development and play a role in how they grow up. The right toy could aid in a child’s education, empathy and motor skills. The wrong toy could harmfully affect a child’s attention, values or social acumen.

Toys are also the playground for a child’s growing creative powers. One reading of the entire trilogy posits that it takes place inside Andy’s mind, and all the toys’ actions are inside his imagination. In this interpretation, the movies demonstrate how strong a child’s imaginative faculties can be. Certain clues may support this theory, such as the opening sequence of Toy Story 3 (2010), a Western-inspired action sequence that turns out to be a childhood memory of Andy playing in his bedroom.

Children in the 1990s and 2010 watching Toy Story also experienced a window into a challenging Other-perspective, as they saw themselves reflected not in the lead characters but in the supporting players of the Toy Story trilogy: Andy; his younger sister, Molly; the toy-destroyer, Sid; Jessie’s former owner, Emily; Lotso’s former owner, Daisy; and the toys’ eventual owner, Bonnie. Some represent the universal child of the period, while others represent a certain social identity (e.g., the bully). Children or young adults who had perhaps outgrown a toy-centered life were encouraged to consider that beings whom they always assumed to be thoughtless objects may actually have feelings and pain, a message that applies metaphorically to all of society, in which both children and adults fail to empathize sufficiently with other perspectives.

Despite being a light-hearted animated trilogy, Toy Story depicts the unfortunate realities of growing up. An 11-year gap between the second and third Toy Story film allows both Andy and Molly to grow up alongside the children watching Toy Story. When Andy meets Bonnie at the end of Toy Story 3, it seems like the end of one childhood era and the beginning of another. In this sense, Bonnie is a representation of today’s generation of children, who can still watch Toy Story like those of Andy’s age did but will bring a new sensibility (and perhaps less appreciation) to the same toys. 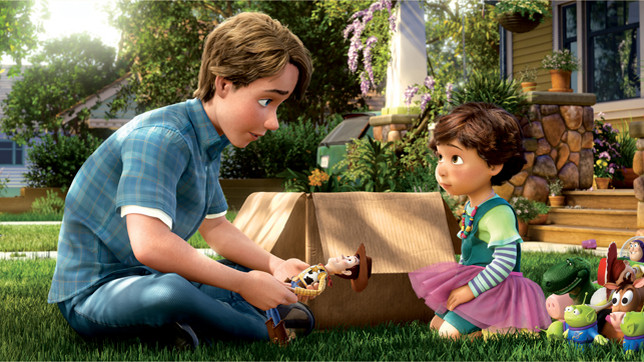 Through the choice of toys and games to include in the series, Toy Story captured many beloved details of a 1990s and 2000s childhood, also including toys that have been around since the 1950s, like Barbie and Mr. Potato Head. Even the game console at the beginning of Toy Story 2 appears identical to a Nintendo console, which conjures up strong associations of youth for many. The films’ locations, like Pizza Planet, became important sites to represent the social life of children of the time. After Toy Story 3 in 2010, a fourth installment has been announced for a 2018 release. If the series continues its real-time structure, how will Toy Story 4 depict childhood for today’s new generation? Will it incorporate the growing use of technology and social media? Until we find out, the Toy Story trilogy still holds significant value for a wide range of children who have now advanced into adulthood.