How do the spiritual representations in Snow White & Seven Dwarfs influence its ending?

Snow White and the Seven Dwarfs (1937) was the first of a new era in which it became the first full-length animated feature that progressively re-defined cinema. Like many classic Disney animations, Snow White follows a classic fairy tale structure that has a mixture of fictional characters and settings along with melodramatic dialogue, straightforward narrative, musical numbers and a happy ending. It concludes with Snow White being woken by the Prince who takes her on his horse back to his castle. However, there may be a conspiracy behind this ending that may suggest that this didn’t really happen. In other words, that she really did die and that the Queen, the Dwarves, the Huntman, the Prince and his enchanting castle represent something else. This article looks at how one of the most enchanting endings in a Disney cartoon could actually turn out to be one of the darkest.

It may be controversial to claim that Snow White and the Seven Dwarfs actually ended quite sadly rather than happily, but there is evidence which may argue it. Each of the key characters could be vital representations that are associated with death and follow an identical line between good and evil. The Queen, for example, could be a depiction of Satan. Being a woman may not be necessary, but her animosity towards Snow White is a motivational factor that drives the narrative forward and ties closer to other characters. The Queen’s beauty may be deceiving but her inner personality invokes a sense of Satan and devilry that makes her as a supernatural representation. She is central to the story’s evil like Snow White is to the story’s good (not necessarily a historical or Biblical figure) with supporting characters serving as a bridge between it. 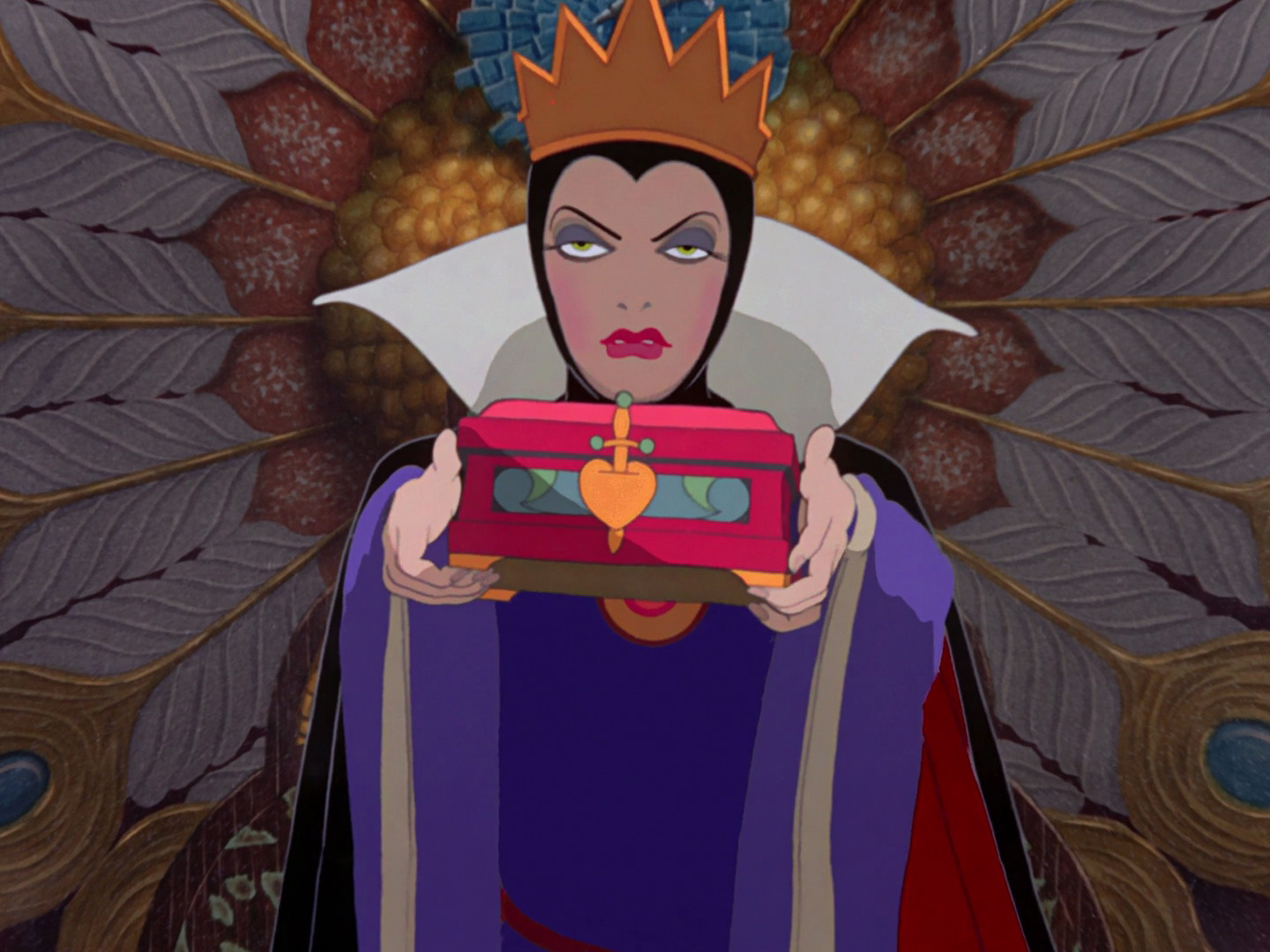 Also, the Queen specifically selects a poisoned apple as the weapon to kill Snow White. This is out of jealousy and bitterness, as Satan represents in Biblical readings; not to mention Satan tempted Eve with a forbidden apple. While in a hidden disguise, the Queen lures Snow White to eat the poisoned apple (like Satan did to Eve) and she succeeds. Following this, she believes that she has conquered all beauty among every woman, but I contend that she goes beyond mere attractiveness. She is still in the peddler woman form, which could perhaps be a symbolic exposure of her inner devilry. This scheming plan does not necessarily kill Snow White but instead places her in permanent sleep (which the audience already knew). I argue, though, that Snow White really did die from it and that Death has arrived to take her to heaven.

Instead of being her true love, it is possible that the Prince could be one of two individuals in human form – either God or Death in human form. It may sound astounding on paper but scenes featuring him may suggest one of these theories. Firstly, cinema has portrayed Death as something evil that ends life, but Snow White and the Seven Dwarfs may argue that Death is a little more subtle and genuine for a younger audience. Snow White dreams of finding her Prince again, and the final scene from the film may suggest that Death does find her but in the form of the Prince. Or could it be Snow White’s dying fantasy? Either way, she ends up at the Prince’s castle but whether she is alive or actually dead remains uncertain.

The Prince is first seen hearing Snow White’s singing in the garden and he exchanges vocals with her in a Romeo & Juliet-like situation. The Queen witnesses this and devises a plan to kill her. By suggesting that The Prince is Death does not necessarily mean he is part of the Queen’s plan, but the fact he appears to Snow White at a convenient time for when the Queen orders Snow White to be killed may suggest that he is following her to her death.

On the other hand, the Prince could alternatively be represented as God. He is, after all, her saviour from the evil Queen (Satan) and after a true love’s kiss, he takes her up to his castle to live happily ever after. The location of his castle increases the spiritual tone of this ending because it is seen within the sky, perhaps identified as Heaven. It may further allow different interpretations of what the castle (and Heaven) looks like because we only see the castle in close-up from a far distance. This may suggest one way or the other as to whether the Prince is God or Death but how ever one interprets it, it may seem evidential here that Snow White did die. 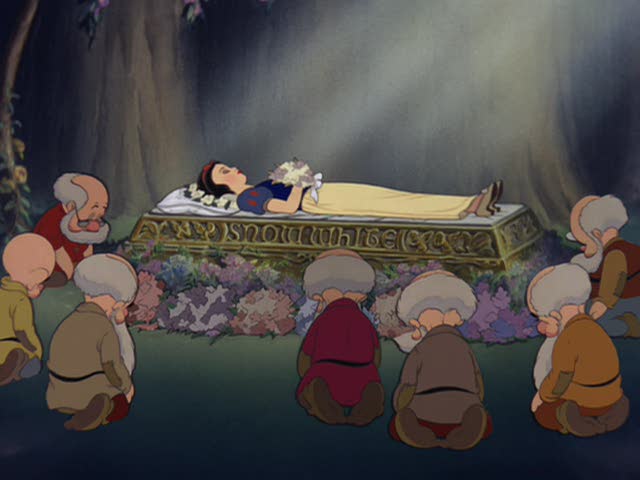 So, what do the other characters in the film represent in relation to Death, God and Satan? The Seven Dwarfs could actually be angels from Heaven, all of whom represent fractions of Snow White’s personality. This could explain why the dwarfs have names for verbs: Doc (which may represent intelligence), Sneezy, Happy, Dopey, Bashful, Sleepy and Grumpy. In the original Brothers Grimm story, the Dwarves don’t actually have names, but these names in the film are characteristics that influence mood. With the evil Queen wanting to kill her, the presence of the Seven Dwarfs could, in her mind, be her conflicting thoughts and dying fantasy for when the Queen does eventually find her. The Dwarves provide her with comfort, a home and security – further eliciting the Guardian Angels analogy they portray. The Dwarves are even present when Snow White apparently dies and the Prince appears before them, further creating the idea that the Prince is God bringing Snow White to Heaven. They seemingly bow before him to save Snow White and when he does, they are all overjoyed.

The question remains, though – did Snow White wake up to her true love and live happily after or did she really die and God or Death subtlety departed to heaven with her? The idea of surviving certainly adds value to the happy ending that Disney wanted, but that she died and went to heaven may argue the overlooked spiritual themes and representations of the film. It may also, though, why there’s not been a sequel. Snow White and the Seven Dwarfs may be considered the scariest Disney animation and ideas suggesting Biblical and spiritual connections would also make it Disney’s darkest feature.