How did the “Harry Potter” series evolve as the directors changed?

The original Harry Potter franchise spanned eight films, helmed by a total of four directors. Each brought his own pedigree to the films, and each director’s individual talents and trademark style contributed to the expanding Harry Potter universe. As the stories press forward, what begins as a children’s story steeped in whimsy and fantasy evolves into a dark study of humanity, love, friendship, and malice. The shift in directors over time also reflects the growing intensity of the material. 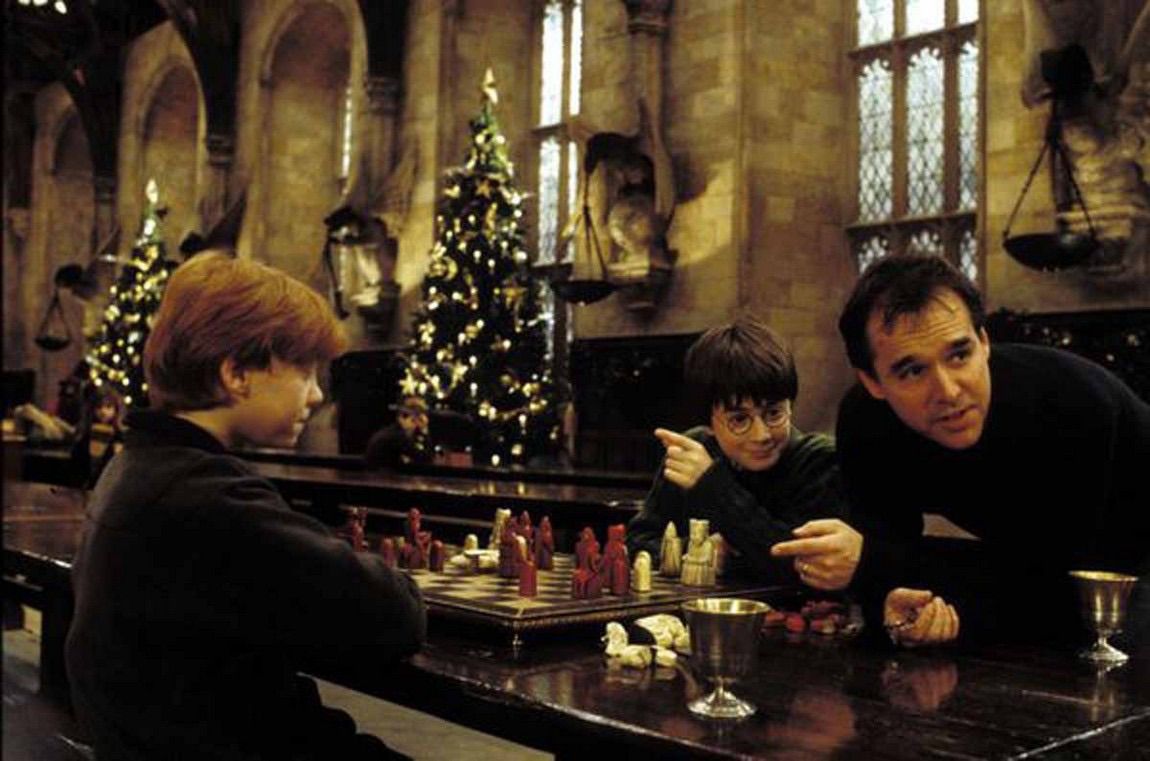 The first two films, Harry Potter and the Sorcerer’s Stone (2001) and The Chamber of Secrets (2002), were directed by Chris Columbus. Columbus is known for directing children’s movies and family films like Home Alone (1990) and Mrs. Doubtfire (1993). Columbus frequently finds box office success with his films, but he doesn’t have an incredibly distinct cinematic style to his work. Where he excells is working with untrained child actors and creating heartwarming family films with that untested talent. This made him the perfect choice to introduce the franchise.

The first two Harry Potter pictures are light, fun, fantastic stories about children entering a magical and inexplicable world. Columbus captures the excitement of the children, their insecurities and their humor, while helping to establish the visual space of Hogwarts and the characters audiences would follow throughout the future films. Harry Potter as a franchise remained loyal in its casting from picture to picture, making very few alterations to its immense ensemble throughout the years. Columbus’ role in helping define origins in the first two films was pivotal.

Some consider Columbus’ Potter films to be the most loyal to their novelizations. That may be true, but it’s arguable that this is simply because the first two books contain less material than later installments. (The US versions of the first two books are 309 and 331 pages, respectively, as opposed to the 650+ page novels from Goblet of Fire forward.) 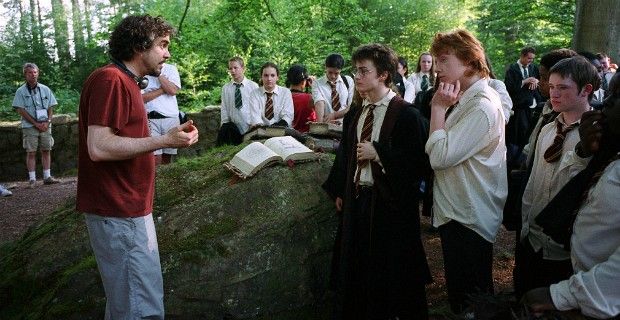 Harry Potter and the Prizoner of Azkaban (2004) marked the franchise’s first directorial change. The only installment helmed by director Alfonso Cuarón, the film marks the beginning of Harry Potter’s gradual descent into more mature themes. Cuarón has a unique visual style that effectively brought the story to life and captured the thematic changes of the story.

Reception to Cuarón’s installment is polarized among Harry Potter fans. Many love the director’s inventive look and feel, as it renders The Prizoner of Azkaban an aesthetically unique entry in the franchise and distinguished it from Columbus’ work. But the complete change of directorial pace from Columbus’ foundation to Cuarón’s film also threw some viewers a dissatisfying curveball. Others complain that the film took too many liberties with the story, leaving out important character details and plot points, especially concerning the relationship between Harry (Daniel Radcliffe), Sirius (Gary Oldman) and Lupin (David Thewlis). However, Azkaban also began J.K. Rowling’s trend of growing book densities, requiring more of the material to be altered and abridged for film adaptation. Azkaban is also the highest critically-reviewed film in the franchise. 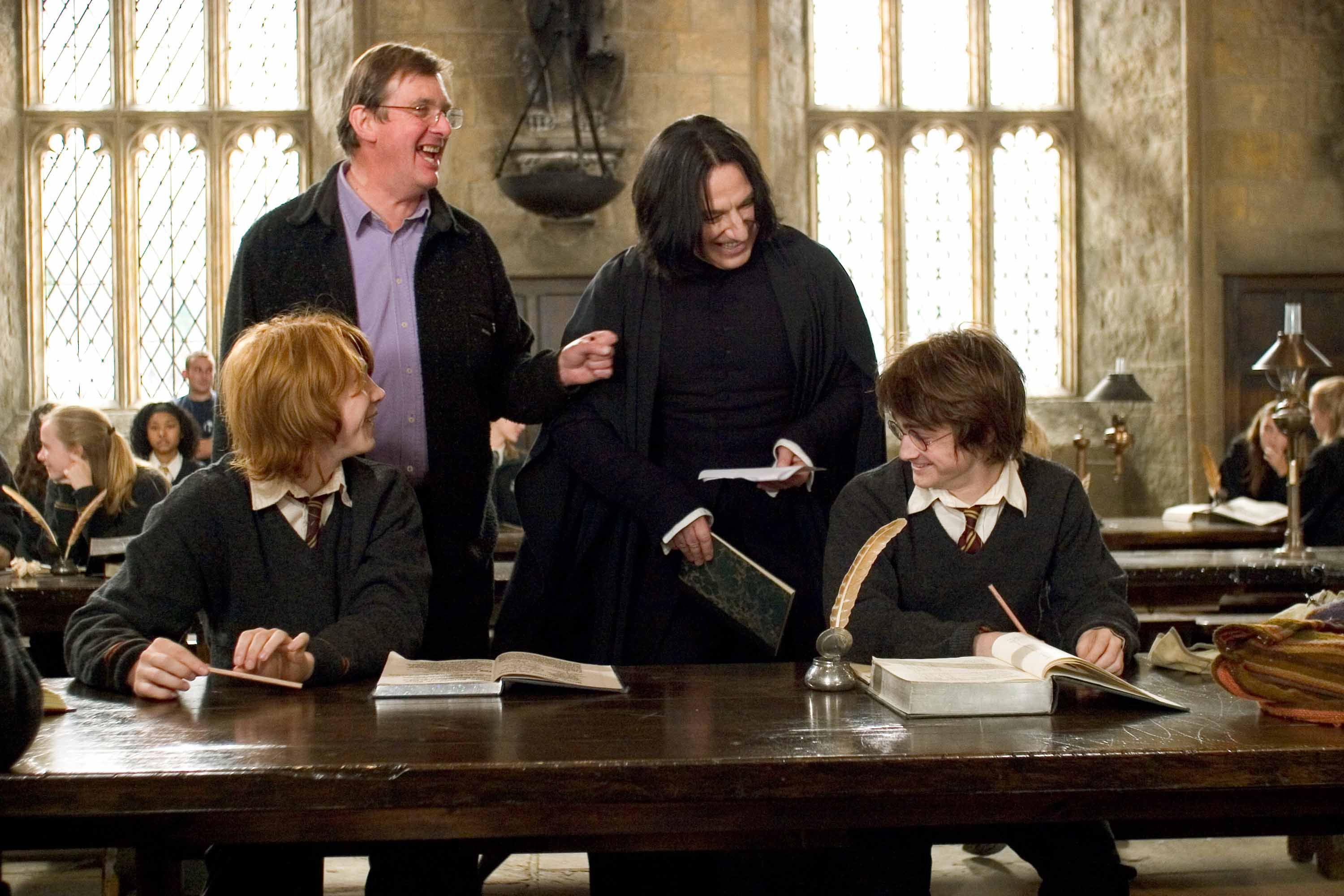 The fourth film, Harry Potter and the Goblet of Fire (2005), brought the franchise its first English director in Mike Newell. Prior to Potter, Newell was known for directing adult-oriented films like Donnie Brasco (1997). The Goblet of Fire continues the franchise’s transition toward darker material and introduces the confusing teenage years of its central characters. Themes of love and relationships are explored for the first time, struggles occur within friendships, and each of the characters begin dealing with situations less specific to children and more familiar to teenagers or adults. It is dramatically darker than its three predecessors and a drastic move away from Columbus’ early pictures.

The Goblet of Fire is praised for its higher level of maturity and the sophistication of its characters, writing and performances. It also started the trend of dramatically cutting material from the books in order to service the films, as the book’s page total exceeds 700. Entire plot points are removed, as anything not directly servicing the story of Harry Potter was deemed unnecessary (i.e. The House Elf Liberation Front). 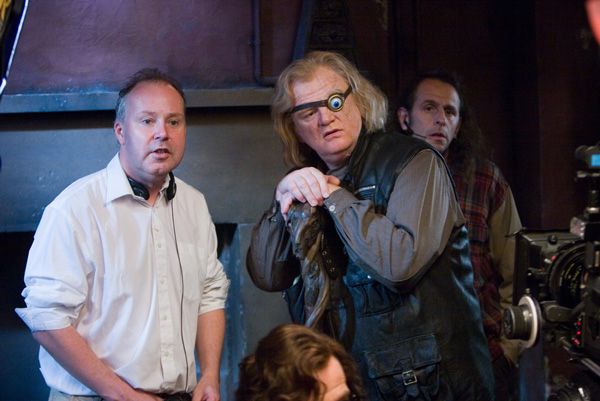 With the fifth film, Harry Potter and the Order of the Phoenix (2007), the series acquired another English talent, David Yates, Harry Potter‘s final director who would see the franchise through its subsequent three installments. Yates came to the Harry Potter series from a television background in the UK, with only one theatrical feature film to his credit and no experience in high-end visual effects. David Heyman, producer of the Potter films, cited the reason for hiring Yates as “actors in David’s television projects give their best performance, often of their career. It’s important to keep pushing the actors, particularly the young ones on each Potter film. This is a political film, not with a capital P, but it’s about teen rebellion and the abuse of power. David has made films in the U.K. about politics without being heavy handed.”

The later Potter stories grow the characters not by introducing new elements but by testing what we know. The personalities we have come to care about are pushed as they move towards adulthood. The stories touch on an array of political, social, cultural, and economic themes that exist from the first moment Harry and his pals enter Hogwarts in The Sorcerer’s Stone but become increasingly clear over time as the characters age and develop a greater understanding of the world. Elitism and classism, based both on finances and heritage, are big problems in the magical world. Racism and ethnic cleansing also take center stage in both the books and the films. Voldemort (Ralph Fiennes) recalls the great villains of history in his rhetoric about “pure-” “half-” and “mudbloods,” which supposes that non-magical people are an inferior race—and, like Hitler, Voldemort pursues the dominance of a “master race,” although one of his parents belonged to the race he despises (in this case, muggles). All these conflicts exist as budding commentary within the early Harry Potter films, whereas the Yates films pull these issues above the surface. He took the characters through the veil of darkness by building on the first four films and making the transition into adult wizardry.

Each director in the Harry Potter universe provided unique talents that varied appropriately in conjuction with the tone and complexity of the given material to be adapted. The best testament to all of the directors is the degree to which the films fit together as one whole work. As a series, the films play as a cohesive, gradually morphing coming-of-age epic, set in a frightening, challenging, awe-inspiring world of magic.