Has “The Revenant” established Alejandro G. Iñárritu as today’s most acclaimed director?

Alejandro G. Iñárritu has broken more than a 50 year-old record by winning the Academy Award for Best Director in two consecutive years: The Revenant (2015) and Birdman (2014). The last person to achieve this feat was Joseph Mankiewicz for A Letter to Three Wives (1949) and All About Eve (1950). Back-to-back nominations are not as uncommon in the category, but double wins are a rarity — they have only happened twice. John Ford made history with his consecutive wins a decade before Mankiewicz. With his consecutive Oscar wins, Alejandro G. Iñárritu, a former radio DJ, has solidified his status as one of the hottest directors in Hollywood. Thanks to his inventive and unorthodox filmmaking methods, Iñárritu continues to impress audiences a decade and a half later since starting his career in the movie business. In early February 2016, he also won the Director’s Guild of America’s top prize for The Revenant, becoming the first director in history with the distinction of consecutive victories for the award. What’s his secret? 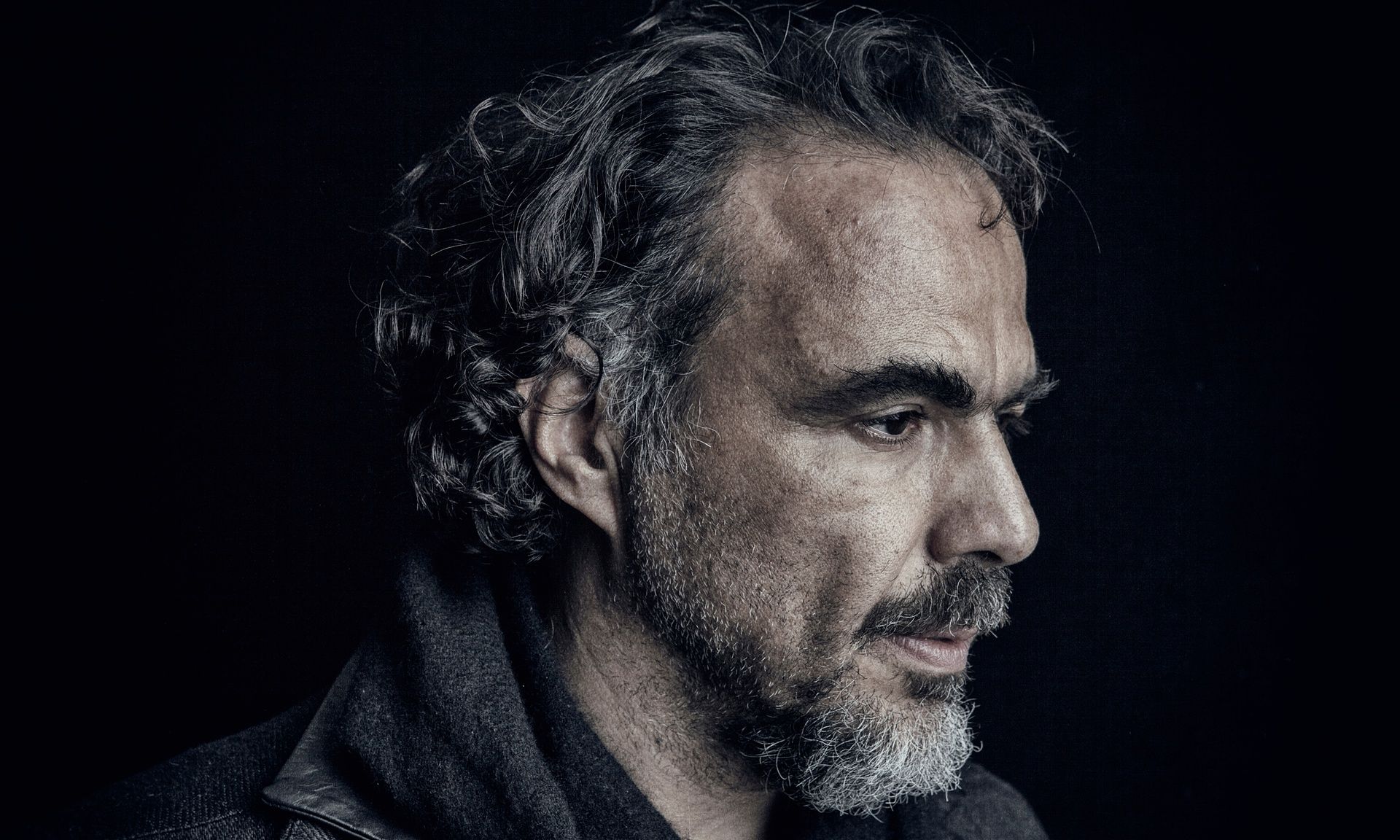 Perhaps it’s that Iñárritu goes there. He’s ruthless in his commitment to the cinematic craft, demanding exceptional results from his cast and crew and subjecting them to challenging conditions for the sake of the film. As the media has covered at length, Iñárritu subjected his The Revenant cast and crew to sub-zero temperatures and horrible weather, short-windowed filming opportunities to capture natural light, and location changes thanks to an unpredictable climate. Some crew members quit the production, a move to which Iñárritu responded by saying, “As a director, if I identify a violin that is out of tune, I have to take that from the orchestra.” A revenge story about a frontiersman who survives a bear attack to be left for dead by his crew, The Revenant and the harsh trials of both its characters and creators (especially lead actor Leonardo DiCaprio, whos fans cite his on-set “suffering” as evidence for his Best Actor Oscar-worthiness) have been some of the year’s biggest talking points, with Iñárritu’s dynamic craftsmanship at the forefront of that discussion.

Speaking about The Revenant, Iñárritu told Rolling Stone, “It was insane. I would say the film is a happy accident of a very bad decision. It’s the result of an irresponsible decision that I made. But we need that sometimes — to be naive, blind from reality. If not, we will not embark ourselves on things. I’ll be an office guy or whatever. I mean, I’m not an idiot — I knew how difficult it would be. But I can feel now how far I was from reality when I was deciding how this was to be made. I’m glad that I did that irresponsible decision, but it could have been really bad. You know what I mean? Like when you climb Mount Everest and nobody dies, but we were so close! It’s that feeling of relief.”

The director’s tactics initially were met with scorn. In an era of splendid green screen usage, initial reports of The Revenant’s terrible shooting conditions came with accusations that Iñárritu was an inhumane beast of a director. With the film’s successful reception, Fox’s publicity team and star DiCaprio turned this perception around, praising Iñárritu for his risky artistic adventure that doesn’t settle for less than authenticity. Iñárritu told The Guardian, “A film like this is a homage to the original cinema tradition, where the directors went to the places, and you risked challenges. I passionately believe that that should be an example of how film should be committed.” 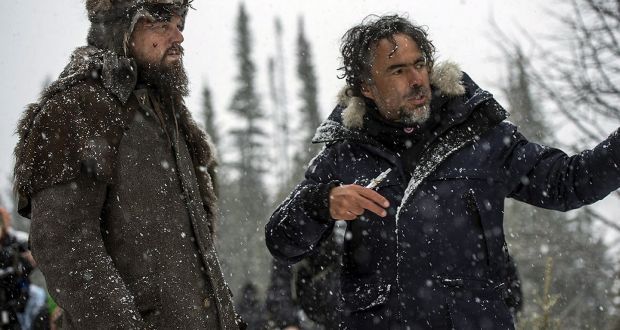 Leonardo DiCaprio and Alejandro G. Iñárritu on the set of The Revenant (2015)

Instead of using CGI effects to create an avalanche, his team forced a real one to happen. Instead of providing look-alike meats for DiCaprio to consume, he ate real raw bison liver. A rumor has it that DiCaprio’s beard became infested with fleas. The film’s notable use of CGI, of course, is in the bear attack scene, mainly because both Iñárritu and DiCaprio were interested in the actor being able to work again.

All of these demands are daunting and controversial, but Iñárritu sees them as the necessities of creating art. Since when are suffering artists a new thing? Our perception of modern Hollywood illusion makes it hard to believe top-shelf actors like DiCaprio would be willing to work through such conditions (like waking up at 3AM for four- to five-hour makeup sessions), but as Iñárritu explained to The Guardian, “there’s nothing more boring to talk about than the challenges of production. ‘Oh my God, poor guys, they suffered…’ Honestly, who cares? Every single department was taken care of by a specialist of stunts, security, blah, blah. It was even too much security by my standards in Mexico! I was working with the rules of the union, and with super-professional people – every shot that was dangerous, we rehearsed for weeks or months. What I’m saying is, every step was super-challenging, it was stressful, the standards I set the film to were absolutely high. When that stress is not for you, I respect that. The ones who stayed, which is 99.9%, we hold a friendship and camaraderie. Were we laughing all day? No! We were working like hell to make it happen! It was like Shackleton, when he went to the pole, he said [to his companions], ‘You probably will not return.’ [I said:] ‘These are gonna be the conditions, this is how we’re gonna shoot it.’ No one was hiding the truth.” 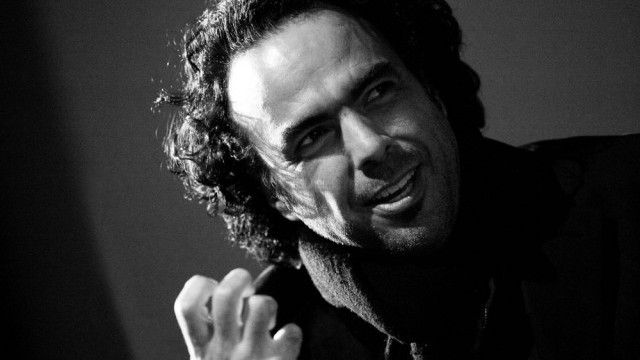 Iñárritu’s direction coupled with Emmanuel Lubezki’s cinematography produced a picture so striking in visual depth, freeze-framing any moment in the film generates a tremendous photograph. (Lubezki also has back-to-back cinematography nominations, following his work on Birdman). Both Birdman and The Revenant (shot almost entirely in wide-angle lenses and with only natural light) are striking for their use of long, choreographed takes that make the viewer feel a larger world exists outside of the camera’s immediate frame.

Iñárritu’s and Lubezki’s technical skill at creating a impressive visuals plays a big role in the acclaim of their films, but Iñárritu’s attitude toward pain and suffering is also a large part of his resonance as a director. He doesn’t work the way most filmmakers do, and his attitude reflects the seriousness for craft that has become a staple of his films’ construction. A Mexican maximalist, he makes strong statements about the human condition through his work. If many stories discuss the so-called harsh on-set conditions in which an A-list actor shot a Hollywood movie, for which he was well-compensated and recognized, Iñárritu’s films themselves are largely concerned with real suffering and the resilience of the human spirit. Rolling Stone dubbed him “Hollywood’s King of Pain,” but the director feels his movies focus on hope and perseverance. Often influenced by his own background in Mexico, a country he fled following violent experiences with his family and robberies, his films can be violent but don’t glorify and condone violence. Instead, they focus on the personal aftermath of violence as a motivation for endurance and inspiration. And if anything speaks to the soul of American culture, it is Iñárritu’s trademark story of a beaten underdog rising up to save the day.