Ask the Professor: How did problems with the mechanical shark in “Jaws” lead to a brilliant moment?

Spielberg’s decision to cut much of the shark’s presence in the film famously came about due to malfunctions with the mechanical shark. The director’s choice to turn the animal into a suggested presence in most of the film has invoked comparisons to the suspense-driven thriller approach of Hitchcock. “I had no choice but to figure out how to tell the story without the shark,” Spielberg said. “So I just went back to Alfred Hitchcock: ‘What would Hitchcock do in a situation like this?’ ... It’s what we don’t see which is truly frightening.” 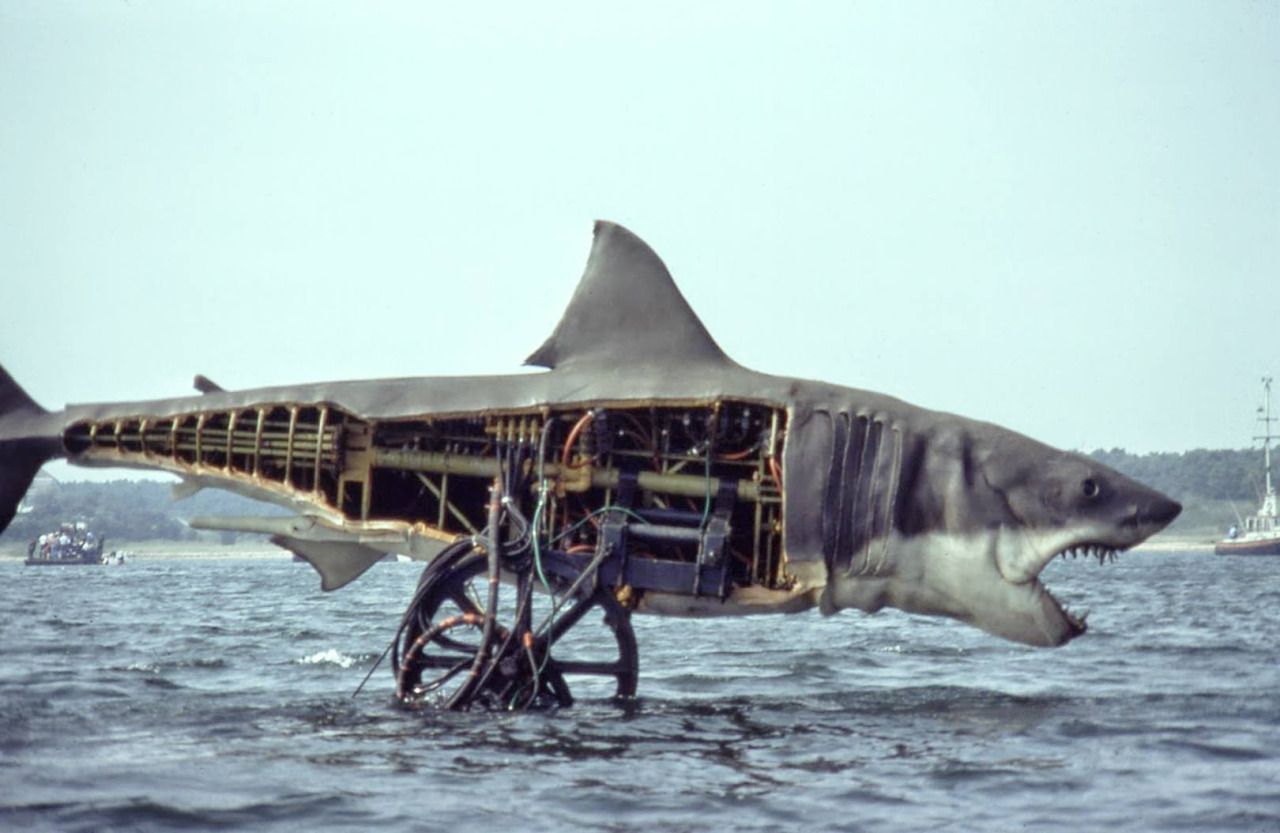 Bruce the mechanical shark from Jaws (1975)

ScreenPrism: How much of Jaws’ (1975) success is due to building up suspense instead of relying on gory surprise?

Professor Marc Lapadula: The choice was made for him because the shark (in its different versions) was not performing up to expectation and was looking kind of fake. But whereas other directors would have been undone in a moment like that, someone like Spielberg actually used it to his advantage. The shark is not seen in a big way until it surfaces. Sheriff Brody is throwing out the bait, and he says, “We need a bigger boat,” to Quint (Robert Shaw), the captain of the Orca (named after the shark’s natural, sworn enemy). It just worked, the way he ratcheted up the suspense of not being able to see it. For example, in that opening attack: the woman is out in the water, and then somewhere out of nowhere comes this horrible presence that kills her. It was a brilliant movie as far as its execution of its narrative. When things went wrong, Spielberg turned them to his advantage.