Ask the Director: Marjorie Conrad talks about life after “Top Model” and her debut “Chemical Cut”

Marjorie Conrad, best known as third runner up on Cycle 11 of America’s Next Top Model (2003 - ), makes her directorial debut at Slamdance 2016 with Chemical Cut (2016). The semi-autobiographical film follows an aspiring model who bleaches her hair and signs with an unglamorous LA modeling agency, enduring a series of absurd and degrading (mostly unpaid) jobs.

Conrad – who wrote, directed and edited the film, as well as serving as executive producer – recently answered ScreenPrism’s questions about life after America’s Next Top Model, making her first film, and what she really thinks of the modeling industry.

ScreenPrism: Chemical Cut is about a young woman’s experiences in modeling, and ends with her typing up a film script, a moment that feels like a reference to the film we’re watching. How autobiographical is the film? How much comes from your own experiences on America’s Next Top Model?

Marjorie Conrad: The events of the film are drawn from my time as a signed model after America’s Next Top Model, but the general absurd feel of being on a reality TV show imbues the film. The actual events are drawn from actual gigs that I would get as an anonymous model.

SP: What was your path after America’s Next Top Model to becoming a filmmaker?

MC: I studied film pretty early on from when I was in middle school. I immigrated in my early childhood to America and moved to Los Angeles with my family. I started studying from sixth grade. When I was scouted for America’s Next Top Model, it was definitely in the back of my mind. I was scouted in the school bookstore, in the theater section, by this woman who came up with this “Smile for Tyra” printout of Tyra’s face that was taped to the camera. And she ambushed me a little bit. I did a very long auditioning process. It was a grueling process. There were people who wanted this for their entire lives, and I came at it from a more observational angle. It was definitely a choice. It was fun, but it was a lot of work. I see it as work, the modeling trade. The labor of it and the anxiety of it is not focused on in a lot of media. 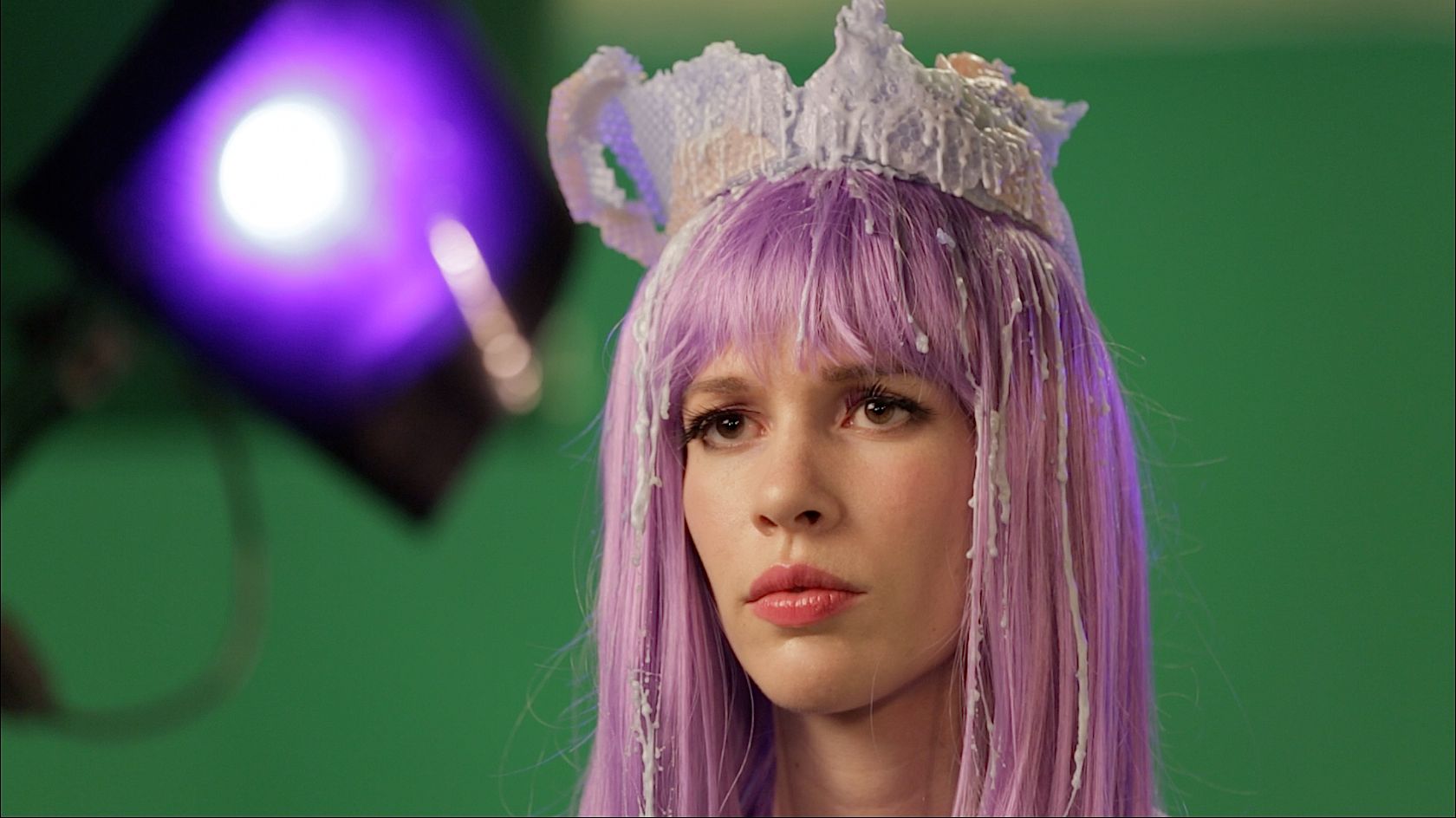 SP: The character, Irene, is abused during her modeling jobs. She’s belittled, shouted at, (literally) burned, and treated as less than human. Does this film reflect your outlook on modeling as an industry?

MC: I don’t want to take too strong of a stance. This is based on my personal experience. I have a certain look, and I have certain doors opened and certain doors closed. It depends on what your look is, and that’ll pretty much determine your experience. But generally, models aren’t seen as content; they’re seen as another form, and clothing is applied to them. There’s no hidden meaning. They’re supposed to be an ideal form.

Modeling is seen as a skill, but I think it’s really depending on genetics. I don’t think the modeling industry is there to make girls feel good about themselves. I don’t think that’s the purpose of it. It’s trying to sell something.

I never thought it was for me, but I was interested in it as work. I thought it was an interesting job because it’s a very vague job, and it is something that a lot of people admire. And I was perplexed as to why my vision of women’s beauty, and my vision of what’s right and wrong, was morphing according to commercial powers or the clients. It affected how I saw other people physically, which I didn’t expect, and how I saw myself physically, too.

SP: How long did you spend modeling after the show?

MC: I spent about two years – I was in college, and I was finishing up my film degree, but I did it kind of often. I was actually modeling in San Francisco, so it was a different experience. It’s not a lot of commercial work, necessarily; it’s a lot of small clients. The models tend to be an older age range. They tend to last a little longer than in LA, depending on what their work ethic is.

SP: At the beginning of the film, Irene objects to a painting that shows a figure representing “ignorance” being punished. Is Irene punished by everyone around her for being ignorant? 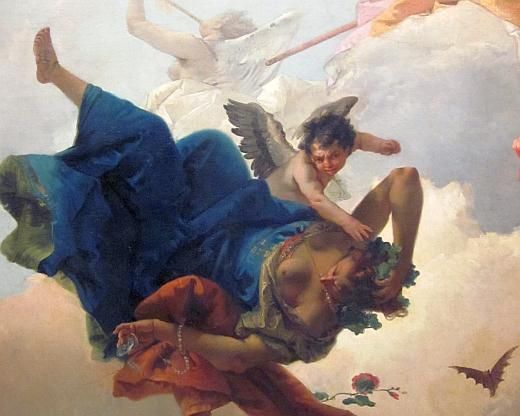 MC: I put that figure there to help define early on the characters’ stances. There’s something seductive about thinking that you have control about how people will perceive you. But inevitably there’s a huge gap between how you perceive yourself and how others do. A lot of the film is Irene’s trying to reconcile that gap. [Irene’s best friend] Arthur clings to that idea, the society as spectacle, the importance of illusion, the importance of celebrity. Irene doubts a lot. I think I doubt a lot in general. I tend to think a lot of people try to set up these false binaries, and a lot of life is navigating through that and determining where your options lie. 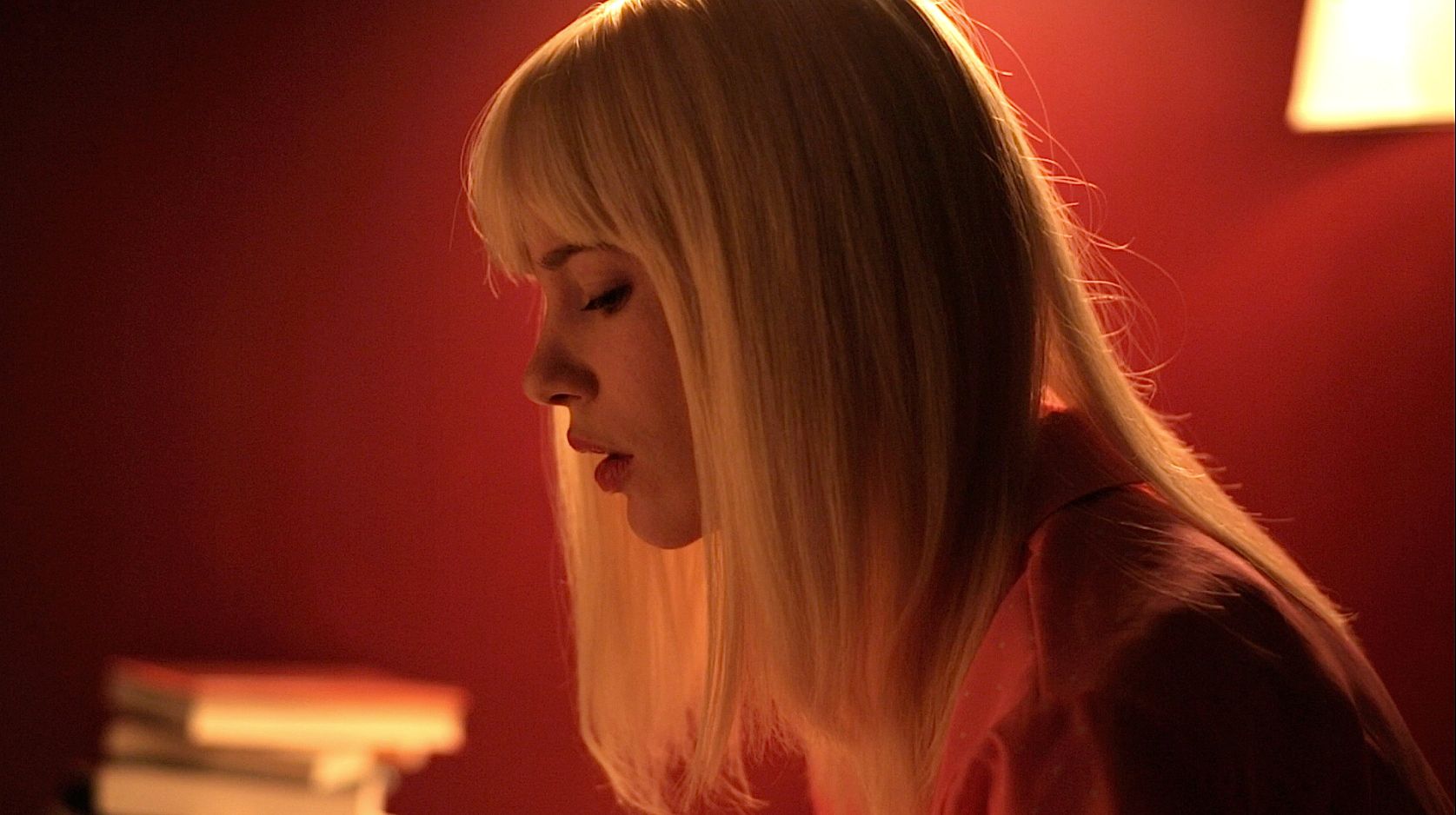 MC: I’m a fan of films that are kind of emotionally exhausting. A lot of narratives about modeling and fashion are that it’s kind of easy, and it doesn’t have much to it, and it’s about looking good. Fashion is not necessarily like art, where it has something hidden. This isn’t my belief, but it has been said that the difference between art and fashion is that art has something hidden, but fashion is all out there. It’s just supposed to look appealing, so it’s easy to parse through what needs to be there.

I hope that [the film] complicates the viewer’s perspective of modeling. I think there are very few films that discuss the modeling experience from something personal, from a personal vantage point. There’s always a glorification of physical beauty. Beauty doesn’t really solve everything, and it’s very subjective, and it’s very malleable. I want to communicate how grey it can be in existence. I’m hopefully underlining the grey areas of something that seems pretty simplistic.

SP: What’s the meaning of the title, Chemical Cut?

MC: What I found interesting about bleaching hair is that the terminology is that you lose the integrity of the hair, and Irene has to go through this artificial process to even be noticed in a crowd. She has to strip her hair of any kind of natural characteristic, and it’s her entrée into this sort of corrosive world. But it is also something temporary. Modeling is something you usually do for a little bit and then leave after a while, unless you become famous by 21. But usually by 21 you’re a veteran.

So [the chemical cut] is her golden ticket, I guess you could say, but it is this loss of integrity that interested me in the terminology of the makeover.

SP: Is that what happened to you on America’s Next Top Model?

MC: I was scouted with bleached hair, and the whole discussion was, Oh my gosh, she’s got a great look, and the makeover was staining my hair and making it brown again. It actually ruined the hair so badly that I had to buzz it off during the show. But I mean, that’s the deal. I wasn’t surprised. But [the chemical cut] did get me noticed, yeah. It reflects more light.

SP: Do you have positive recollections of your time on Top Model?

MC: I would like to make a distinction between my time [as a signed model and my time] on America’s Next Top Model – because that was a very extraordinary circumstance, and it’s not real. I wouldn’t call that real modeling. It’s about television; it’s about being entertaining and having a personality.

Modeling is more about being an empty vessel. Most of the time you have this feeling, “Okay, I’ll do. I’ll do for this job. They don’t think I’m ideal, but I’m okay. I’m okay to wear this.” It’s a different experience. It’s a lot of running around, and it’s much more anonymous. I don’t want to insult it too much, but it is a little more of a mild experience after something as involved as Top Model.

I was grateful to be on [the show] because it gave me so much insight into the reality television world and the fashion world, and it was basically like coming-of-age on national television. It was a little nerve-wracking, and I was very, very vulnerable. And I actually am very grateful for that vulnerability, playing myself and having to stick up to myself after the fact, after editing and everything, to people I don’t know. It really made me empathize with actors and the generosity they have.

Conrad on Cycle 11 of America’s Next Top Model

SP: Has that experience informed how you work as a filmmaker?

MC: Definitely, yes. I really love performers and working with performers. I kind of have a love/hate relationship with fashion. I can see the importance of illusion and maintaining that and how powerful artifice can be and how cathartic it can be. But it can end up being shallow at the same time. Basically everyone has to think hard about what they want to do and why they want to do it.

SP: How much of a relationship do you have with Top Model after the show is over?

MC: When you’re on it, you’re told that it’s going to be this experience that’s going to be unforgettable, and it is – it is something that is kind of unforgettable. But yeah, I didn’t have any career consequences. It was a one-off, but the emotional rollercoaster of it was long-lasting and informative. It was definitely a boot camp.

SP: What is life of Chemical Cut from here?

MC: After Slamdance, we’re going to try to screen at a few more festivals, locals, and continue the festival circuit. We’re hoping for distribution.

It was a total joy making it. This is the reward. Being able to have other people interact with it. It is something I worked on for so long. Right out of college, I started working to save up for it, and writing it for a year and a half. It took about five years now. It’s nice to finally be able to deliver it and see it from a more distant perspective, see how people react to it.