Ask the Director: In “Embrace of the Serpent,” what is the meaning of the Chullachaqui?

Embrace of the Serpent (2015) follows an Amazonian warrior-shaman and the last of his tribe, Karamakate, as he encounters two white explorers, the first in 1909 and the second in 1940, who are looking for the same sacred plant. The two scientists in the film are based on real-life German and American explorers, while Karamakate is a combination of people taken from the explorers’ journals and the experiences of director Ciro Guerra. Although names and details are fictionalized, Embrace of the Serpent, which won Cannes Director’s Fortnight CIACE Art Cinema Award and is Colombia’s nominee for the Best Foreign Film Academy Award, draws on real beliefs and practices of indigenous Amazonian tribes. One concept the film explores is the legend of the “Chullachaqui” or “Chullachaki,” a mythological figure that looks like a copy of a human being and waits in the jungle with the intent to deceive.

When young Karamakate (Nilbio Torres) sees a picture of himself, shot by ailing German ethnologist Theo (Jan Bijvoet), he believes that his photographic image is his Chullachaqui. When Theo looks at him in confusion, Karamakate explains that everyone has a Chullachaqui, which looks exactly like the person but is empty and hollow, a copy that drifts like a ghost. Theodor counters that the photograph is not Karamakate’s Chullachaqui but “just a moment that’s passed.” Guerra told ScreenPrism that he saw in the Amazonian myth of the Chullachaqui a rich symbol for his story. “It’s a myth of the Machiguenga people in Peru,” he said. “When I read about it, I was struck by it because at the same time I was doing some research on German culture of the time. So at first I saw it as a reference, as a dialogue with the German idea of the doppelganger, which is essentially almost the same [myth] in the German culture. But then as I went deeper into this myth, I realized it was something that was maybe on old Amazonian myth that could speak to modern men. We are living at a time where people are communicating through virtual avatars, and how this connects the very essence of modernity to something that is closer to the beginning of mankind, I thought it was a fascinating concept. So it quickly became an important part of the film.”

When the second explorer, Evan (Brionne Davis), arrives in 1940, the older Karamakate (Antonio Bolívar Salvador) now believes that he has lost his true self and become his Chullachaqui. Unable to remember many of his tribe’s basic rituals, the shaman feels like a shell of his former self, lacking the important knowledge, dreams and connection to nature that once animated him. He notes that the rocks, mountains and nature used to speak to him, but he has lost this hearing. “The line is broken,” he says. “The memories are gone. Rocks, trees, animals, they all went silent.”

By the end of the film, though, Karamakate starts to recall his memories of his way of life, and he realizes that his mission was not just to pass on his knowledge to his own people but also to impart to this foreigner deeper understanding and respect to take back with him. He teaches Evan that to be a warrior in his culture, a man must go into the jungle and leave everything behind, guided only by his dreams: “He has to become a vagabond of dreams. If he comes back, he is ready to face anything.” Challenging Evan’s certainty that science is the highest form of understanding, Karamakate finally causes Richard to question his utilitarian search for the Yakruna plant and awakens a deeper spirituality in the explorer.

By the end of the film, feeling he has succeeded in his mission of imparting knowledge, restored dignity to his tribe and re-established contact with his own sacred knowledge, Karamakate declares, “Maybe I’m not a Chullachaqui anymore.” 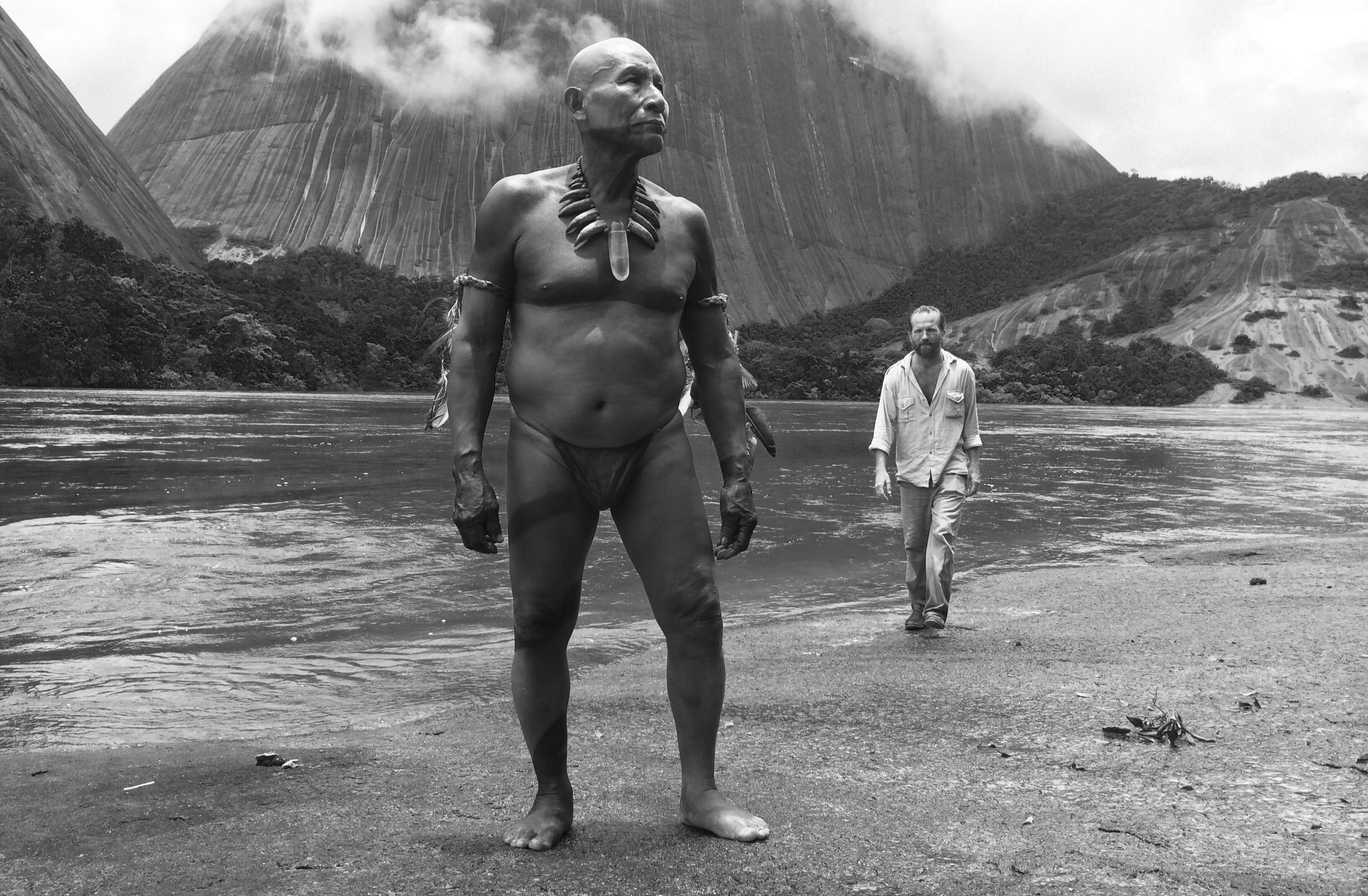 Guerra felt that the Chullachaqui was an apt metaphor for what has happened to many Amazonian tribes. “It’s a personal interpretation of the way many indigenous people feel today,” Guerra said. “They’re losing their culture, losing their language, and losing so many of their customs and their traditions. It’s something that creates an internal conflict within the communities. Especially the elders feel a bit abandoned because many young people in the region are not interested anymore in the traditional knowledge and the traditional way of life. So many young people are seduced by capitalism and dream of living the capitalist lifestyle. But once they are inside, they realize that they don’t belong, so it creates a huge identity crisis.”

He aims with Embrace of the Serpent to help restore respect for traditional Amazonian ways of life. “We can only hope that this film opens the minds of viewers to understanding and respecting these cultures which have for such a long time been neglected,” Guerra told ScreenPrism.

“Hear the song of your ancestors,” Karamakate says in the film. He also urges, “Don’t let our song fade away.” Embrace of the Serpent, likewise, underscores the importance of maintaining the music and spirit of our ancient peoples and not letting what is sacred pass away.

Read our interview with director Ciro Guerra on how Embrace of the Serpent pays tribute to indigenous Amazonian cultures.